Traditions and customs of Argentina 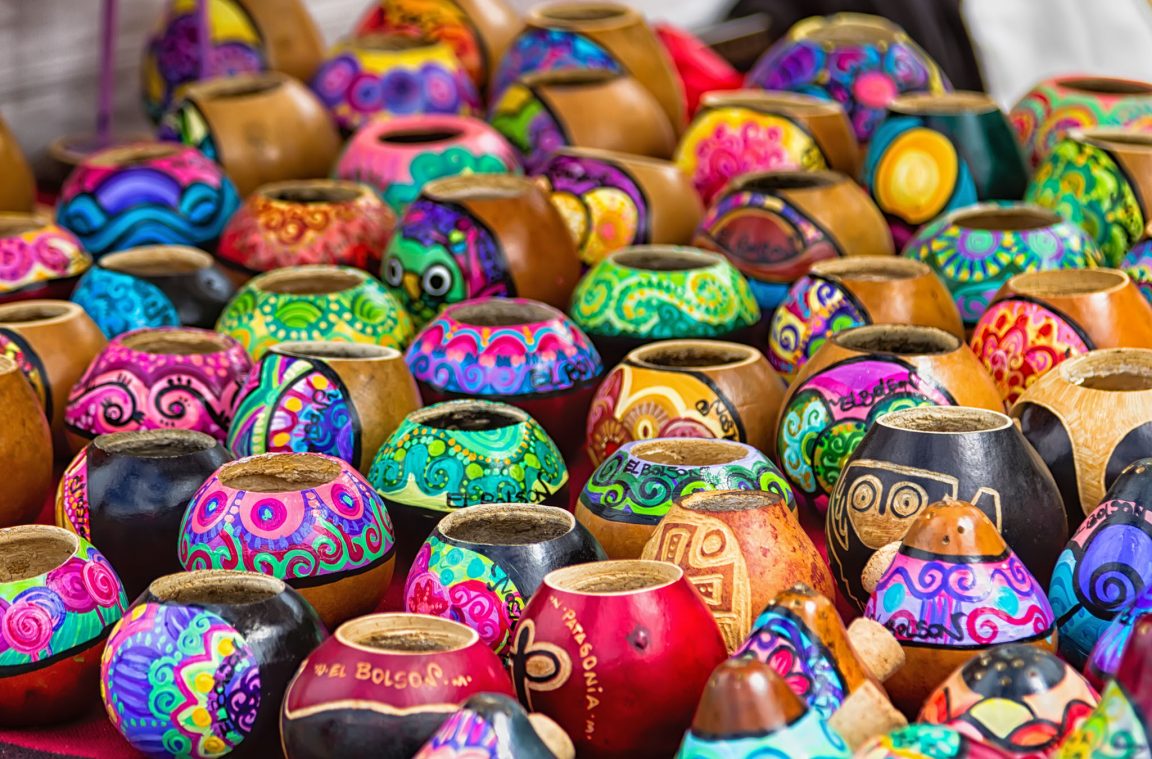 Argentina has an interesting culture full of customs that its citizens continue to practice today. In addition, we can still find some indigenous ethnic groups. In this article, we give you information about the most important traditions and celebrations in the country.

Traditions and customs of Argentina

In Argentine culture we find numerous legends that have passed from generation to generation and have centuries of history. One of them is Salamanca, a cave where witches and demons are found. It is said that to find it you need to know the correct word.

Another popular story is that of the origin of the name of the River Plate. According to this, the first settler to find it was Juan Díaz Solís. Since then, it was said that this river, known then as Sweet sea, reached the Sierra de la Plata, where the empire of the White King was located, full of precious metals.

It was Sebastián Caboto, from Venice, who made the first settlement there and looked for silver, but did not find it. Since then, he has kept the name of River Plate. 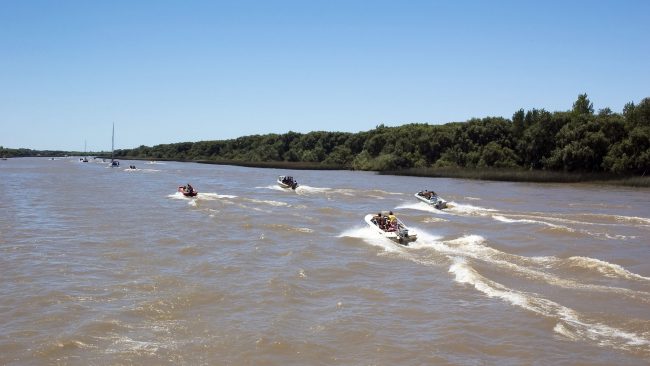 The origin of the name of the Río de la Plata, Argentina

The tuffs o qom They are an indigenous ethnic group that in Argentina has about 69.000 inhabitants that are located in Formosa, Chaco and Santa Fe. Formerly, they lived in small wooden houses with thatched roofs.

In summer they wore loincloths and in winter they were warmer with some clothes such as the poncho. A typical craft of the ethnic group is the onguaghachik, a bracelet that is made with animal teeth, seeds, shells, etc.

The diaguitas They are found in Argentina and Chile, and today there are a total of 31.700. Before the Inca invasion, they lived in small villages where there was a chief, the only man who could be polygamous, that is, have several women. 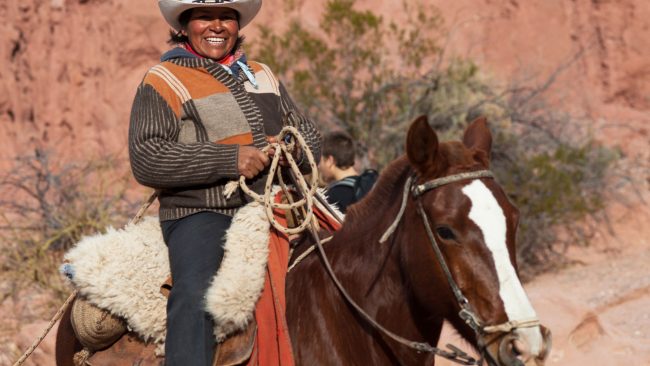 Descendants of the Diaguitas in Argentina - by Jimmy Baikovicius

As for the Guarani, in Argentina, specifically in Jujuy, Salta, Ríos and Santa Fe, there are around 22.000 descendants. They have rituals related to nature. For example, it is said that if a woman eats a double grain of millet, he will have a multiple pregnancy.

Gauchos are people who live in the plains, in the interior of Argentina, and lead a rural life, so they are farmers and ranchers. One of its best known activities is dressage, which consists of a rider standing on a colt for between six and fifteen seconds. 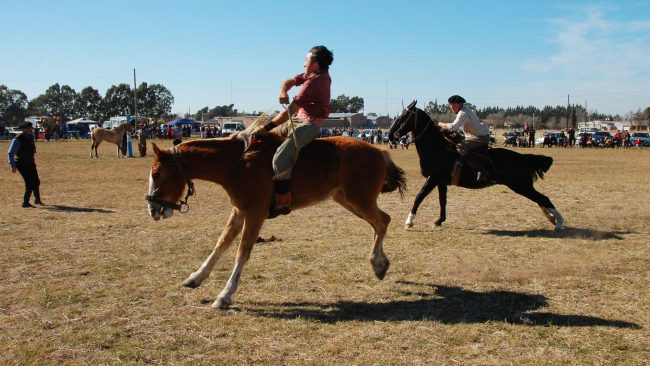 A gaucho sport is the duck, in which eight riders divided into two teams try to put a ball with handles through a hoop. In the old days, it was played with a live duck inside a leather bag. For some years, it was prohibido for his rudeness. However, at one time it was considered the national sport.

Regarding the traditional literature of the gauchos, the work stands out The gaucho Martín Fierro, by José Hernández, named the national book of Argentina. It is a publication written in verse.

The typical clothing of the gauchos consists of black pants, a white shirt, a red scarf, a brown sash, boots and a beret. You can learn more about traditional Argentine costumes in this article: Typical costumes of Argentina.

Mate is the quintessential drink of Argentina. It is an infusion of yerba mate, a plant from South America that is dried and ground. This is not taken alone, but is usually done in a group. 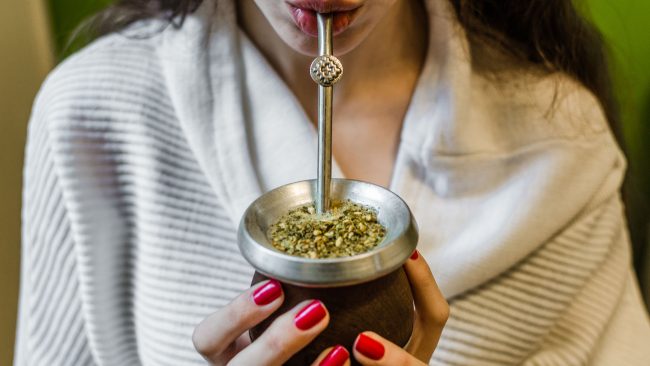 Mate: a staple of Argentine culture

The person who brews the mate, that is, who throws the hot water on it, is called primer. Every time a person takes it, he passes the container called porongo to the person on your right.

Preparing it is a ritual that must be done correctly so that the bitter taste characteristic of mate. For example, the water must be between 70 and 90 ºC. The instrument used for sipping is called bulb and it's metal.

Argentines are great consumers of beef, so one of their typical foods is roast. This is usually prepared on Sundays or on holidays. The grills should be on the fire for several hours. The dressing that is usually put on meat is chimichurri, prepared with these ingredients: 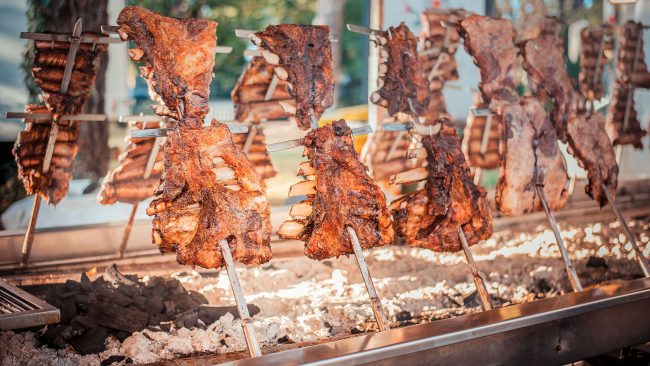 The barbecue: the favorite food of the Argentines

Likewise, the fudge, which is made with milk, sugar and vanilla. It is usually the filling of some sweets such as alfajores. Another gastronomic tradition in Argentina is to eat gnocchi on the 29th of each month. It is typical to put money under this plate to attract good luck and fortune.

If you want to know more about the culinary tradition of Argentina, we recommend this article: Typical dishes of Argentina.

Traditionally, in Argentina the Christmas tree is put on December 8, Immaculate Conception Day. It should be remembered that this country is located in the southern hemisphere, so during these holidays it is summer. 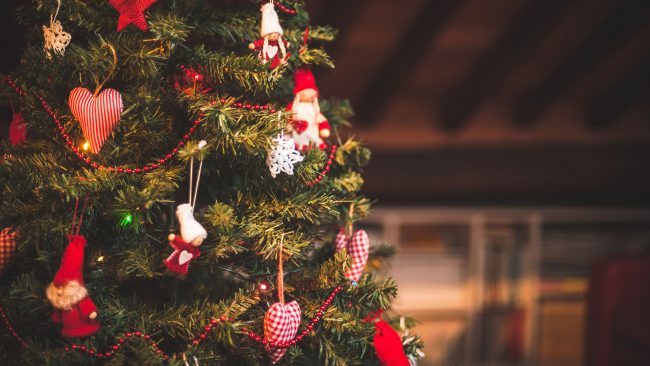 The celebration of Christmas in Argentina

To welcome the New Year, in Ciudad de la Plata it is typical to create dolls called Old year that are burned on New Year's Eve night. You can find other Christmas customs in this article: Christmas traditions in Argentina.

One of the most important festivals in the country takes place on July 9, Independence Day of the Argentine Republic. This day commemorates the signing of the Declaration of Independence that took place in 1816.

Also, the most prominent carnival is that of Corrientes, named National Capital of Carnival. It has been celebrated since the XNUMXth century and, in it, the troupes compete and show their costumes on a specific theme. The events are organized in the corsodrome, an enclosure that has a capacity of 30.000 people. 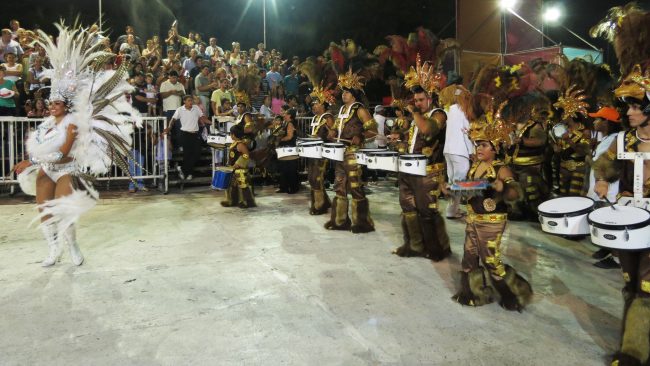 On the other hand, in Cosquín, Córdoba, the National Folklore Festival of Cosquín is held at the end of January, the most important in the entire State. This one lasts nine nights.

Argentines tend to speak directly and maintain close contact with the other person. When greeting each other, unless it is a formal situation, it is common to give a kiss on the cheek. However, in Current it is typical to give two. 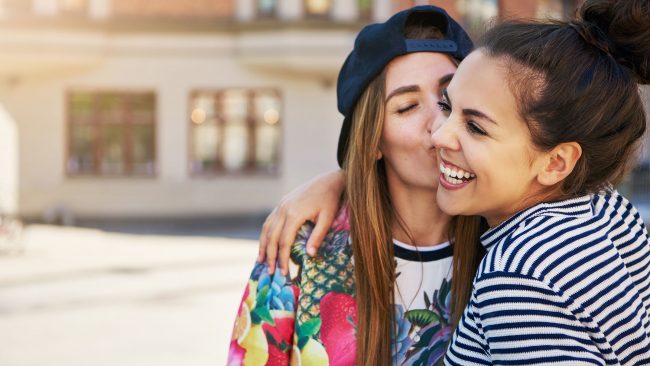 The way to greet each other in Argentina

People don't give much importance to being late, and when they speak, they tend to gesticulate a lot. On the other hand, in restaurants, it is typical to tip, but bills should be left, not coins. The favorite sport of the Argentines is soccer.

The best known dance in Argentina is the tango. This has its origin in Buenos Aires, in the XNUMXth century and, at first, it was practiced by the marginal classes in premises and brothels. 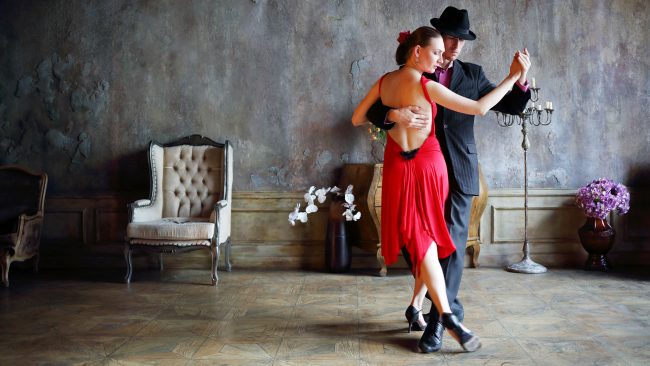 Tango: a dance that crosses borders

A typical indoor dance is the cat, which is danced in pairs. In it, the man tries to woo the woman with the foot stamping. Its history began in Peru in the XNUMXth century.

Likewise, malambo has been practiced in La Pampa since the XNUMXth century. It is only danced by men, who compete to demonstrate their skills. There are two styles: the southern, softer, and the northern, more agile.

The majority of the population of Argentina considers reading as a daily habit. As for children, 70% read regularly. One of the most prominent authors in the country is Jose Luis Borges. Also, Quino is known for the comic series called Mafalda. 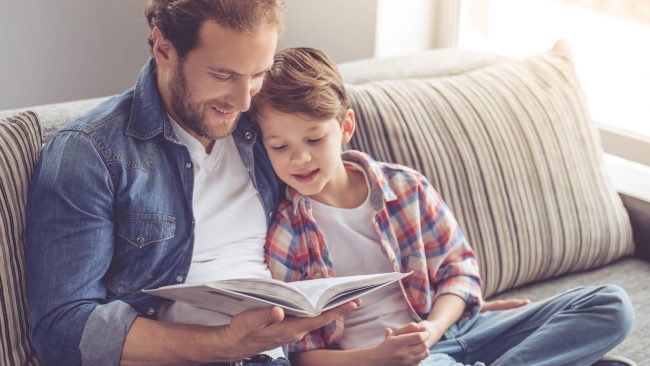 There is a custom of weddings in Argentina that can be rare for people from other countries. This consists of putting ribbons on the banquet cake. Each single woman must pull one of these ribbons, because at the end of one of them there is a ring. Whoever finds her will be the next to marry. 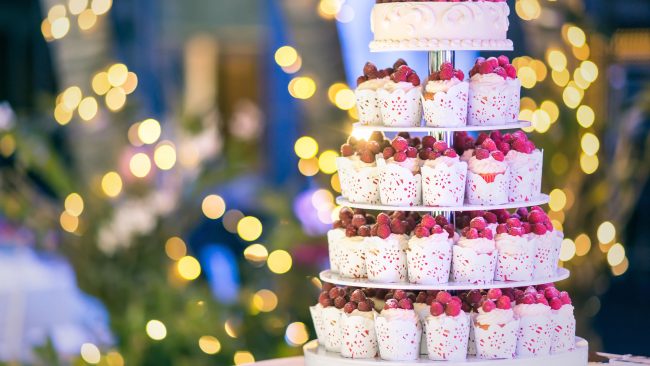 The original designs of the cakes in Argentine weddings

The most important birthday party for Argentine girls is that of 15 years, since it is considered that from this age they become adult women.

To celebrate this fact, a great celebration is organized in which the quinceañeraAs the girl who has a birthday is called, she wears a large dress and has her makeup and hair done for the occasion. 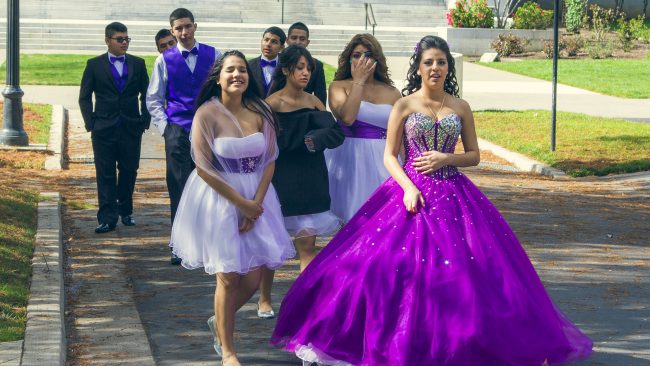 15 years: the most important celebration of Argentine girls - by micadew

Before the important day, the birthday girl usually has a professional photoshoot. In addition, during the celebration there is also a photographer. On the other hand, it is typical for the girl to dance a waltz with her father.

This article has been shared 103 times. We have spent many hours collecting this information. If you liked it, share it, please: 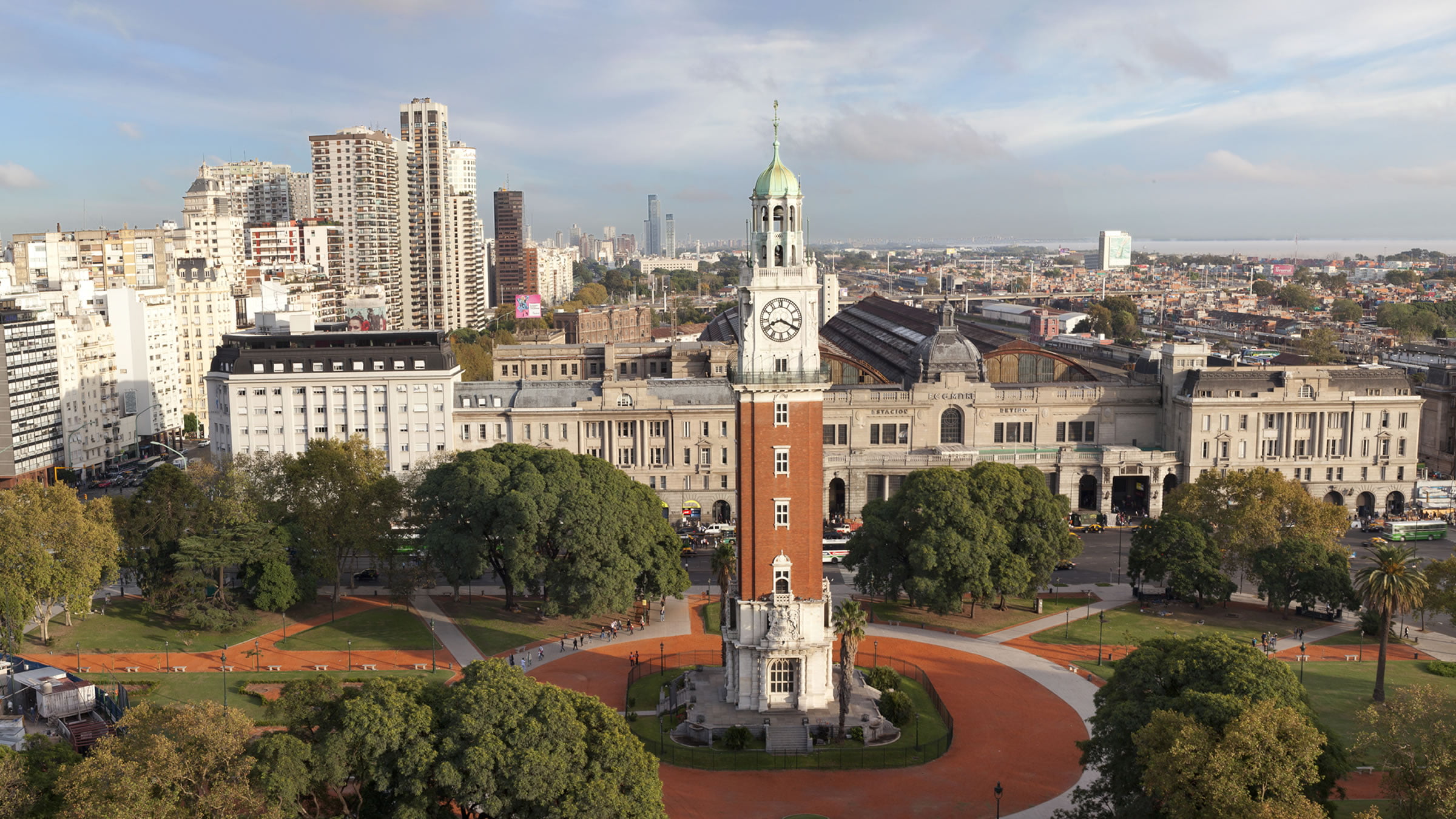 Share 103
We use our own and third-party cookies that offer us statistical data and your browsing habits; with this we improve our content, we can even show advertising related to your preferences. If you want to disable these cookies, press the Configure button. To keep all these cookies active, press the Accept button. More information in the Cookies Policy of our website.
Setting
Accept and Continue
Manage consents