What customs are typical when celebrating Christmas in Spain? 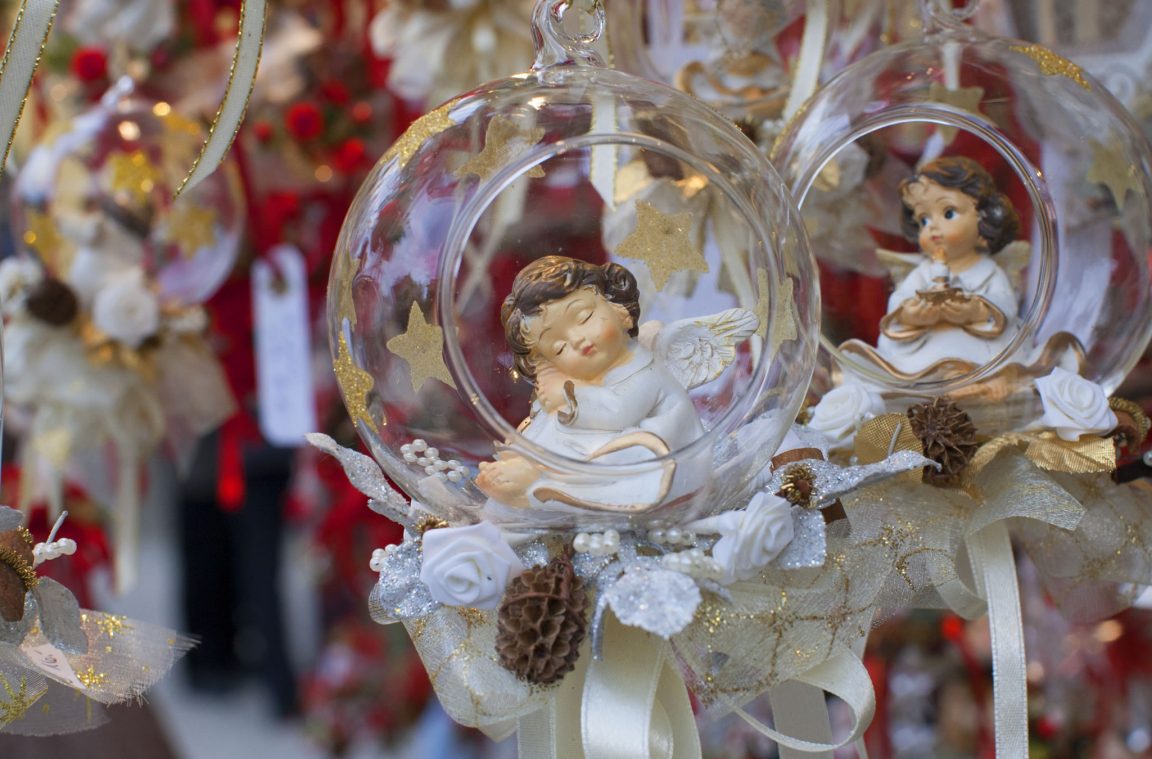 Christmas in Spain is a date of family union, rest and, for many, a moment of reflection. This period of the year is one of the main celebrations of Christianity and is celebrated every December 25 commemorating the birth of Jesus.

What customs are typical when celebrating Christmas in Spain?

In mid-November, the proximity of the Christmas holidays in Spain with the so-called Christmas campaign in the commerce sector.

Shopping malls, shop windows and city streets are decorated with lights and all kinds of Christmas decorations. The shops are filled with toys and gifts, offering Christmas offers from very early. 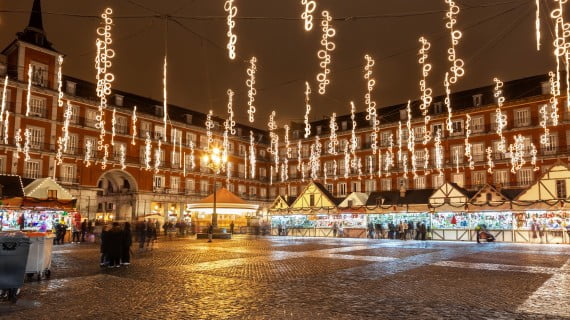 Bars and restaurants also become a meeting place for both friends and colleagues in the traditional company dinners.

All this is accompanied by the official start of the winter in Spain, whose start date is December 21. In summary, the Christmas traditions of Spain, except for a series of peculiarities listed below, are similar to those of the rest of Europe in relation to Christmas dinner, family reunion and gifts.

What is possibly the decorative element that most characterizes Christmas in Spain is, without a doubt, the bethlehem portal, representation of the birth of Jesus Christ, custom from the Catholic religion.

Along with the typical Christmas tree, the nativity scene is mounted in homes, shops, churches and even streets, where nativity scenes with life-size characters and even real people and animals have been seen.

In every nativity scene the baby Jesus with the Virgin Mary and Saint Joseph in a manger cannot be missing as the main part. Traditionally, this scene is accompanied by two fundamental animals: the mule and the ox.

If you want to expand, you can include representations of the Three Wise Men arriving at the portal or the shepherds gathered to worship the newborn.

Besides these characters, there are others like the famous caganer in Catalonia, a figure that shows a peasant relieving himself near the portal, or the chestnut en Madrid.

Another very typical decorative element of Christmas in Spain is the one commonly called christmas plantwhose real name is Poinsettia o poinsettia.

Poisentia has become a representative element of Christmas due to the intense red color of its leaves. We can find it in homes and businesses throughout the city.

This plant has also become a very common Christmas gift. It is of Mexican origin and can last several years, although in most Spanish homes it spoils after the Christmas bloom.

In the villages there is still the custom among the children of ask for the bonus, which consists of going from house to house singing Christmas carols in exchange for a gift, sweets, candies or just some coins.

Some children may be accompanied by tambourines o zambombas (known in Murcia as pandorgas), very typical Christmas instruments of Christmas in Spain.

Another Christmas tradition in Spain is the Extraordinary Christmas Draw or Christmas lottery that takes place on December 22 from 9:15 a.m. This raffle has been carried out since 1812, when it took place in Cádiz, and, for many Spaniards, it is the activity that starts Christmas in Spain.

The draw is held at the State Lottery and Betting Hall, in Madrid and the highest value prize is known as El Gordo. Although the draw takes place in December, lottery tickets can be purchased in the different administrations from the month of July and the price is € 20 for each ticket.

As the month of November approaches and during the same Christmas period, in the lottery administrations of the different towns and cities of Spain queues of people are usually created waiting to buy their ticket.

What is possibly the most famous Lottery Administration in the whole country and one of the most representative symbols of the Community of Madrid is Mrs. Manolita, located on Calle del Carmen in Madrid.

Established in 1904 on Calle San Bernardo, Doña Manolita receives hundreds of citizens each year willing to buy one or more lottery tickets at her establishment. Each year more than 65 million tenths are sold in this administration.

Doña Manolita, the most famous administration in Madrid - by Marina Rigby

Christmas Eve and Christmas in Spain

The Christmas Eve dinner in Spain takes place every December 24. This dinner, prior to Christmas Day, constitutes a whole family rite and is usually celebrated in the homes of the Spanish with the whole family.

Although the dishes vary according to each family and each area of ​​Spain, there is something that is always true: it is a very abundant dinner, in which there are starters, main course, dessert and, finally, a wide variety of sweets, including nougat and marzipan.

As for the starters, prawns and prawns are a dish that is not usually missing. The main dish is usually some meat, from lamb to suckling pig, and even stuffed turkey. 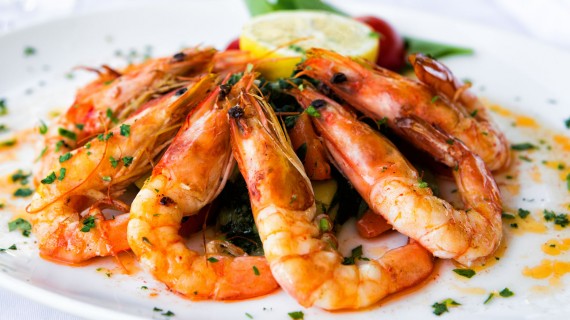 The starters at the Christmas Eve dinner

In addition, it is tradition that that night the King of Spain issues a speech addressed to all Spaniards, which is broadcast on television. In this link You can read the speech of His Majesty King Felipe VI of the year 2014.

The day after Christmas Eve dinner, that is, the December 25, is celebrated on Christmas Day. On this day it is common to continue with meetings and family meals, the most common being the famous Christmas meal at noon.

Although the normal thing in Spain is to give gifts on Three Kings Day, it is increasingly common among many families that they are delivered on this day, in which the figure of Father Christmas or Santa Claus becomes representative due to the influence of Anglo-Saxon culture.

Tonight the year says goodbye with fireworks, parties, celebrations, and the typical twelve chimes that are accompanied by the famous twelve lucky grapes. The custom of the twelve grapes has its origin in 1909 and is considered a rite to enter the new year with luck. 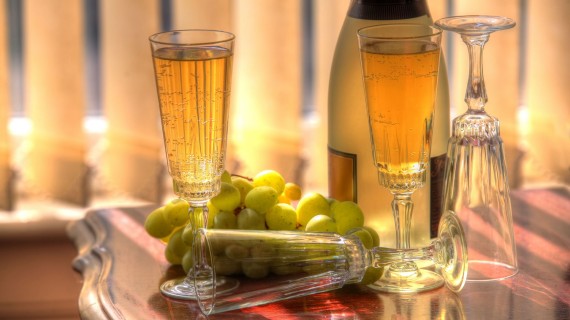 Although, as on Christmas Eve, the vast majority of families meet again at home for dinner, many family members or groups of friends decide to rent a rural house or make a trip to Madrid or some other central city in Spain.

After twelve chimes, family and friends congratulate each other on the new year, either in person or via message or phone call. The bells are broadcast every year by various television channels from Madrid's Puerta del Sol. 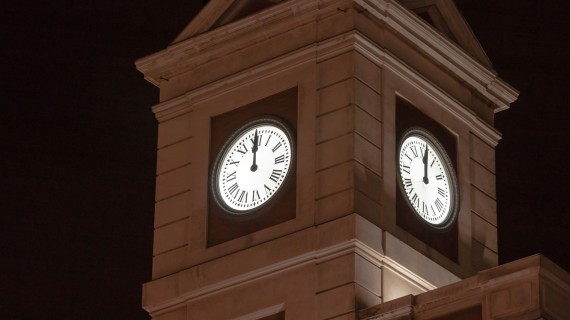 Finally, the celebrations end on January 6, with Three Kings Day. This day is dedicated mainly to the little ones, since that day they receive the long-awaited gifts throughout the holiday season.

One day before the day of celebration, the popular Cavalcade of the Magi can be seen in the streets, at which time the children take the opportunity to greet them and deliver their letter with the list of gifts they wish to receive.

Afterwards, the children go to sleep and the next day they find under the Christmas tree the gifts that the three Magi (Melchior, Gaspar and Baltasar) have brought them.

The typical sweet of this day is Roscón de Reyes, a cake that bears dried fruits in the shape of the precious stones that adorned the robes of the Magi.

Everyone eats it with the illusion of finding one of the two surprises that it hides inside and being well crowned as kings, or, on the contrary, destined to pay for the roscón the following year.

The first surprise is a miniature figure of a typical Christmas character in Spain. On the contrary, the second consists of a dry bean that, according to tradition, brings bad luck to whoever comes across it.

This article has been shared 472 times. We have spent many hours collecting this information. If you liked it, share it, please:

Share 472
We use our own and third-party cookies that offer us statistical data and your browsing habits; with this we improve our content, we can even show advertising related to your preferences. If you want to disable these cookies, press the Configure button. To keep all these cookies active, press the Accept button. More information in the Cookies Policy of our website.
Setting
Accept and Continue
Manage consents