The autonomous flags of Spain: origin and meaning 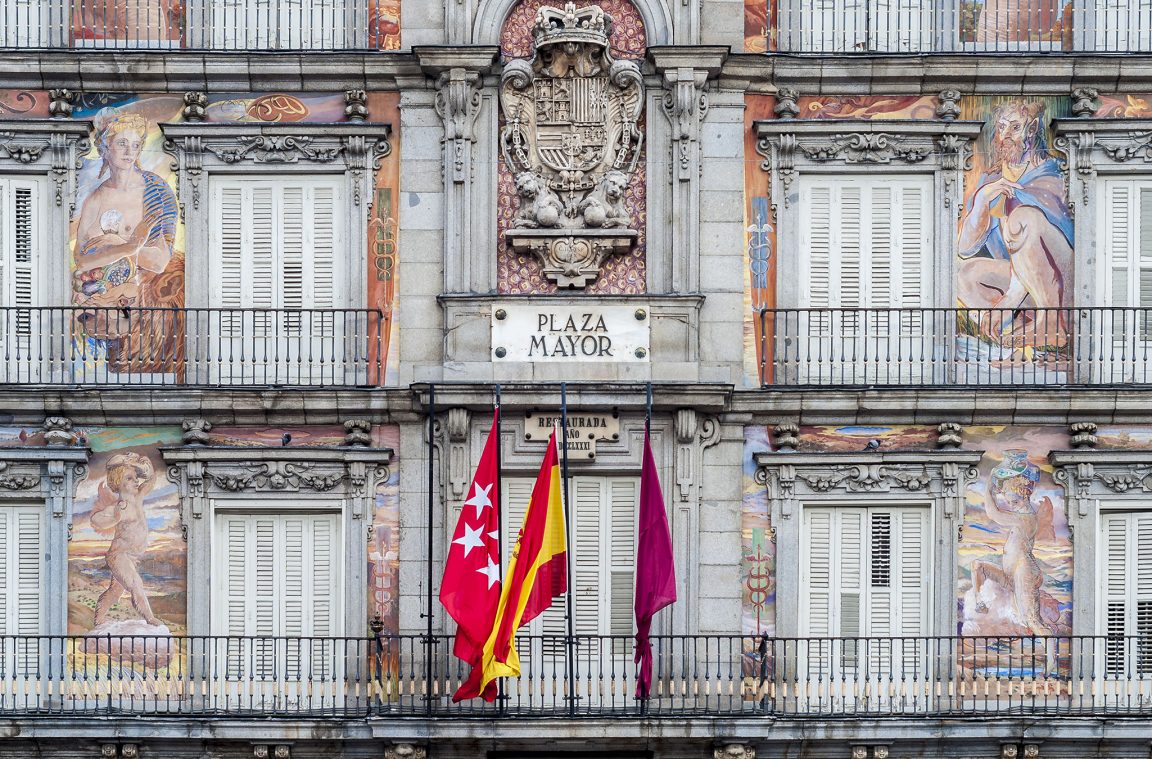 Since 1918, the Andalusian flag has the three current stripes. The colors white and green were chosen because they are reminiscent of the field of this area of ​​the country. In addition, they represent purity and hope. The shield is inspired by that of Cádiz. 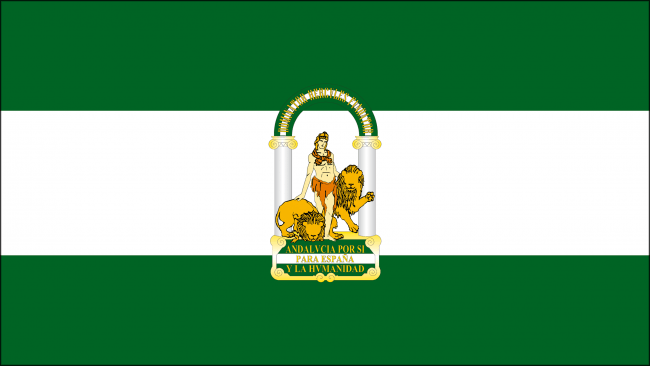 The green color in the insignia of Andalusia

As with the insignia of other communities, the flag of this territory comes from the one used by the Kings of Aragon during the Middle Ages. As for the shield, it represents the four historical emblems of the area. 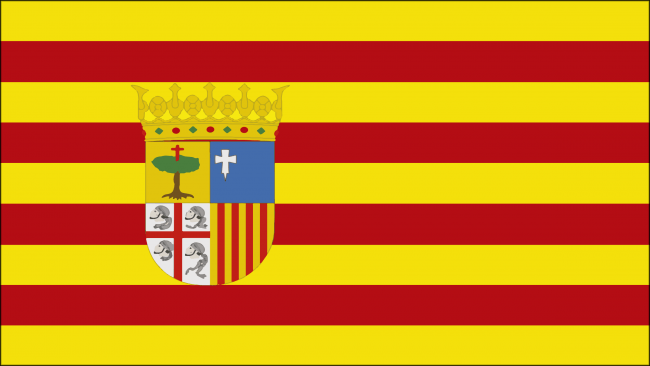 The shield of the Aragon flag

The main symbol of the flag of Asturias is the Cruz de la Victoria, which was made for King Alfonso III in the X century. From her hang the Greek letters alpha y omega, which mean beginning and end. 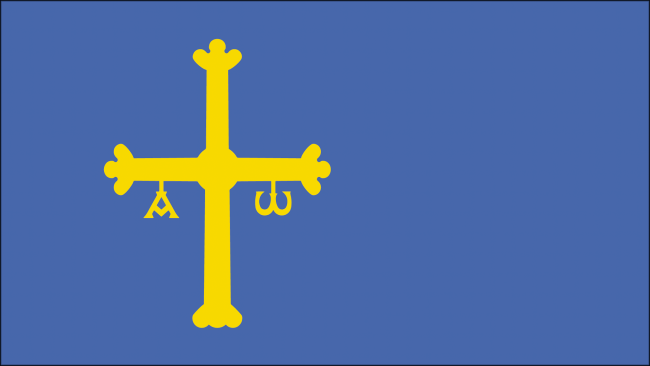 The cross of the flag of Asturias

Although not official, it is said that the colors of the Canarian flag derive from the banners of the Canary and Tenerife provinces. Inside the shield, the seven triangles represent the seven islands that make up the community. 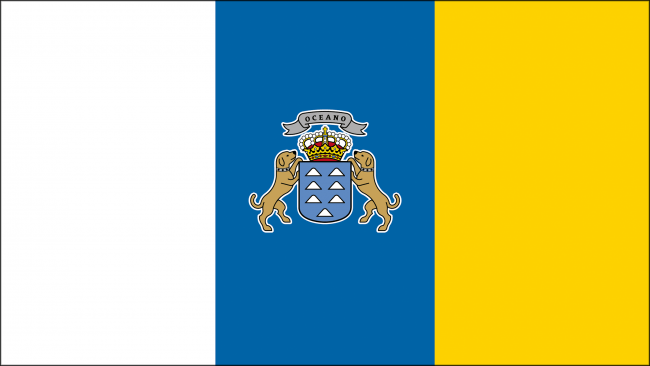 The tricolor flag of the Canary Islands

Initially, this symbol was the maritime flag of Santander, although it ended up being taken for the entire community. In the center is the official coat of arms, in which the history of this territory is narrated. 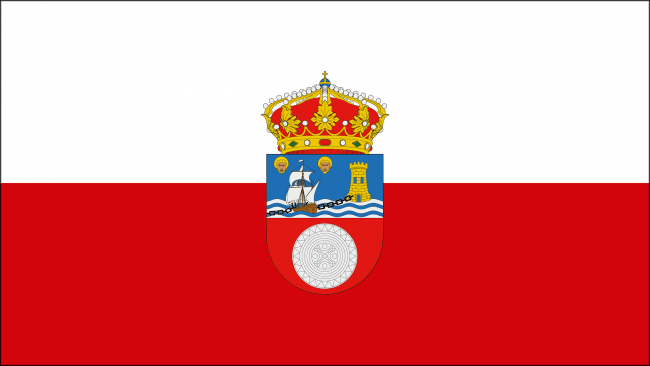 The meaning of the flag of Cantabria

The white part of the flag of Castilla la Mancha refers to the Military Orders of Calatrava, Santiago and San Juan. Inside the crimson red part you can see the shield of Castile. 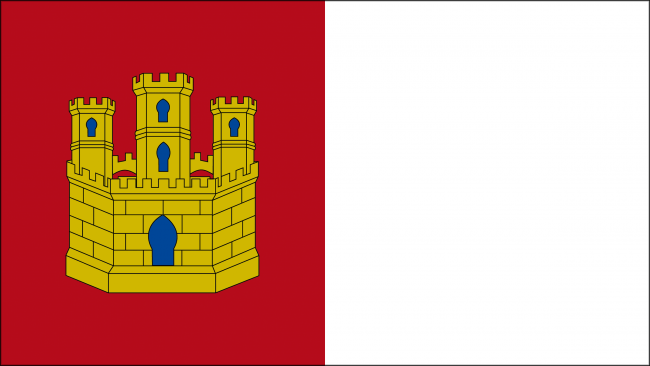 The origin of the flag of Castilla y León dates back to the XNUMXth century, when the Crown of Castile began. The lion was the symbol used by Alfonso VII and the castle of three towers that of Alfonso VIII. 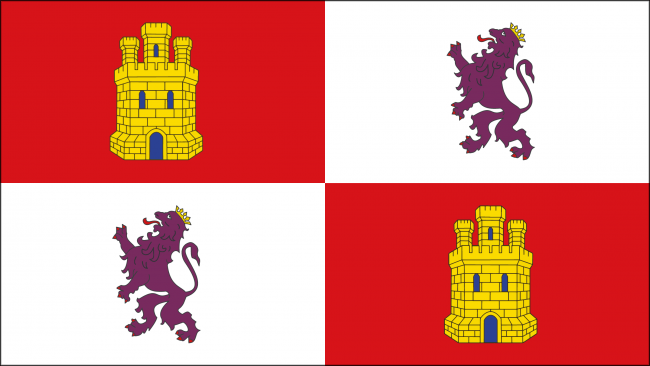 The symbols of the flag of Castilla y León

The flag of Catalonia o Senyera comes from the one used by King Alfonso II, King of Aragon and Count of Barcelona. According to legend, the four red stripes were depicted with a bloody hand on a golden cloth in a XNUMXth century war. 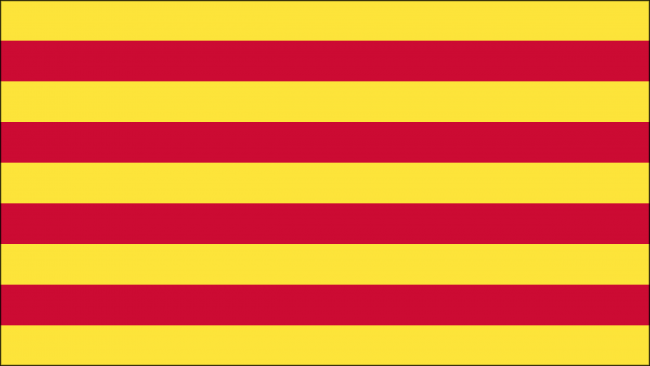 The number of stripes on the flag of Catalonia

Contrary to the previously mentioned places, Ceuta is not a community, but an autonomous city of Spain that is located in North Africa.

The flag of Ceuta is similar to that of Lisbon, since Portugal used it during the Middle Ages, the country that conquered this city in 1415. It is considered one of the insignia Older Europe. 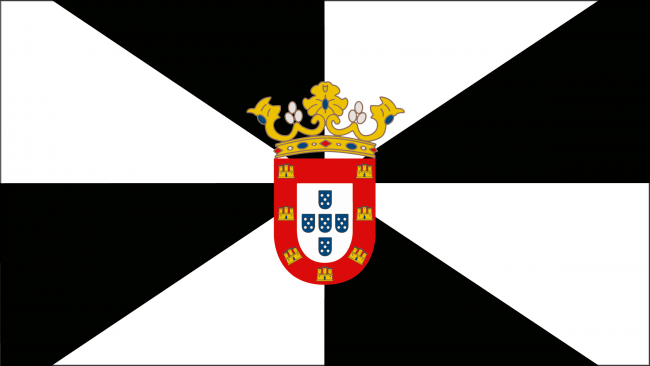 The colors of the Ceuta flag

Until 1983, the flag of Madrid it was green. However, from that year on, it turns red and they are added seven stars. These represent the stars that make up the constellation Ursa Major. In addition, they have five points for the neighboring provinces of this uniprovincial community. 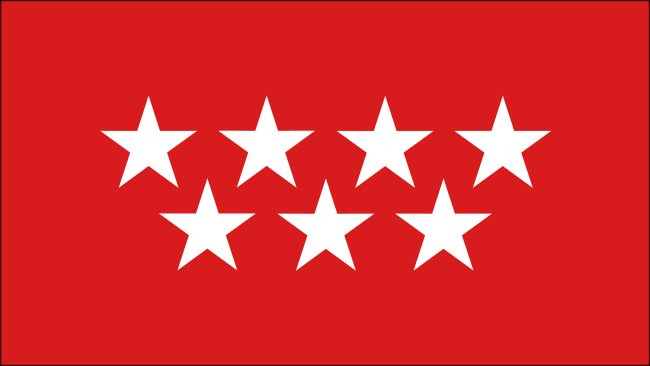 The stars of the flag of Madrid

As for the insignia of the Valencian Community, it has the same origin as that of Catalonia. Also, on the blue part the royal crown is reflected, an aspect that became a right granted by King Pedro IV in the XNUMXth century. 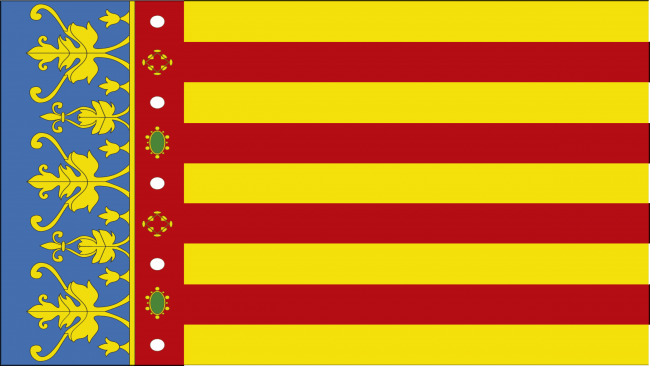 The history of the flag of the Valencian Community

Each color of the Extremadura flag is related to a part of its history. The green comes from the 1156 Order of Knighthood of Alcántara, the white from the banner of the Crown of León and the black from the Afthasid kings of Badajoz, creators of a Muslim kingdom in the XNUMXth century. 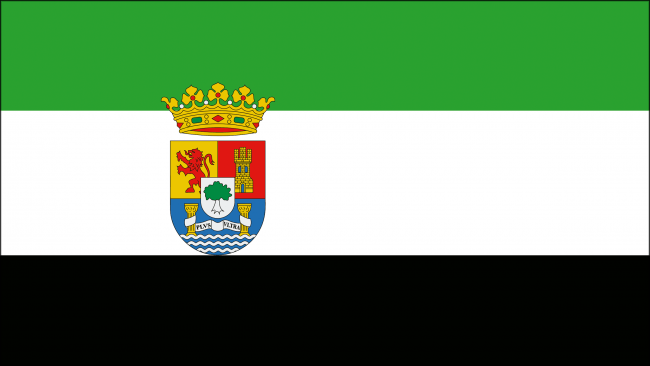 The three colors of the flag of Extremadura

The Galician flag, which has been in force since the XNUMXth century, is a combination of two banners. One part comes from the symbol of the Naval Command of A Coruña, since, according to the story, the Galician emigrants who traveled to America thought that this was the flag of their territory.

On the other hand, the shield in the center was that of the Kingdom of Galicia. The Holy Grail that we can observe began to be represented in this area from the XNUMXth century. It is possible to see the flag without this symbol, since it is only mandatory in public buildings and official community events. 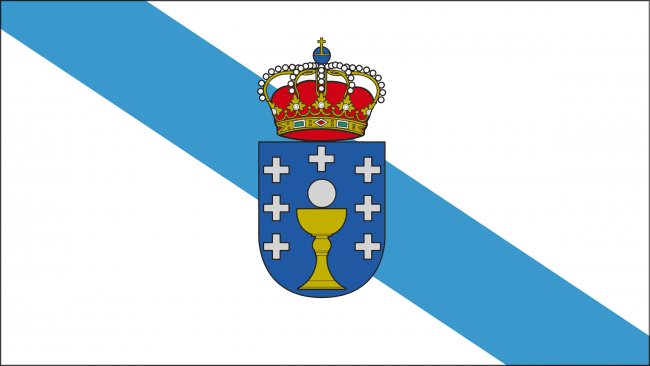 The representative flag of Galicia

Once again, let us have the four red stripes on a yellow background belonging to the flag of the ancients. Kings of Aragon. This symbol has been used since 1983, the year in which the Statute of Autonomy of Illes Balears. 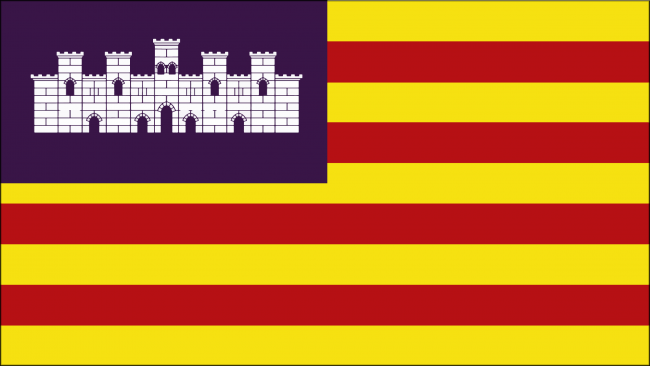 The castle of the flag of the Balearic Islands

The flag of La Rioja is one of the most colorful in the country. Each tone symbolizes a characteristic aspect of the area. Although the representations may vary, these are some of the most accepted: red is the wine, the white the rivers, the green the orchards and the yellow the earth. 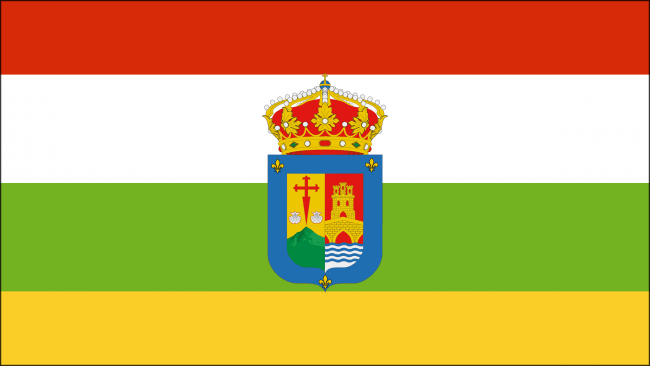 The colorful flag of La Rioja

Like Ceuta, Melilla is an autonomous city. On the blue background of its flag appears the shield belonging to the Casa de Medina Sidonia, an important family of Castile during the Middle Ages. 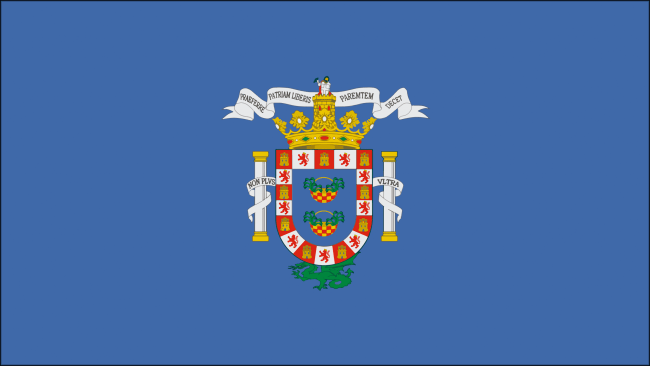 Melilla and its flag

In the upper left corner of the Murcia flag we find four castles, which symbolize the frontier nature of the ancient kingdom of Murcia. As for the seven crowns, they allude to the fidelity of the kingdom to the kings of Spain. 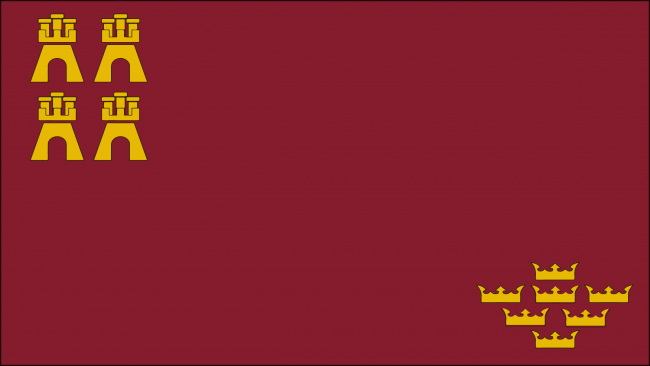 The flag of the autonomous community of Murcia

The flag of Navarra is characterized by being totally red. In the center there is the shield of this territory, in which the most significant element is the chains, which symbolize those won by King Sancho VII in the battle of Las Navas de Tolosa in the XNUMXth century. 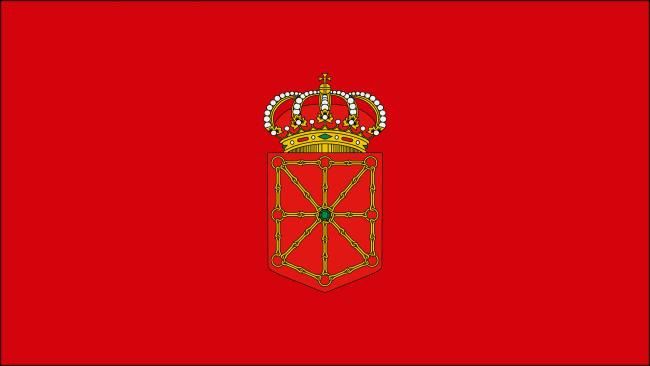 The color red in the flag of Navarra

Although the ikurriña It was designed in principle to represent Vizcaya, finally it was taken as a symbol of the entire Basque Country. The green cross of the flag symbolizes the Guernica tree, an icon of Biscayan and Basque freedom. 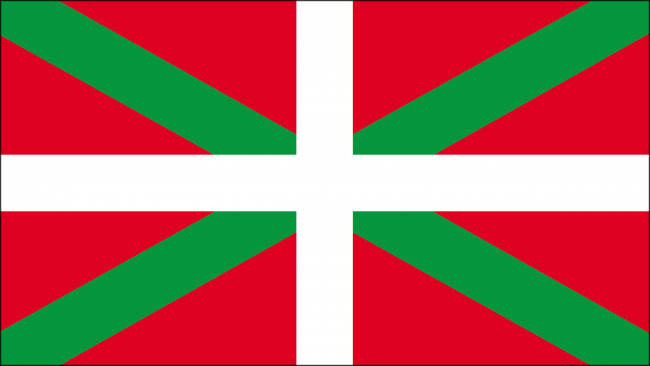 The origin of the flag of the Basque Country

As we can see in the image, the flag of the Basque Country is made up of three colors: red, green and white. These are part of the identity and culture of this autonomous community.

This article has been shared 18 times. We have spent many hours collecting this information. If you liked it, share it, please:

Share 18
We use our own and third-party cookies that offer us statistical data and your browsing habits; with this we improve our content, we can even show advertising related to your preferences. If you want to disable these cookies, press the Configure button. To keep all these cookies active, press the Accept button. More information in the Cookies Policy of our website.
Setting
Accept and Continue
Manage consents