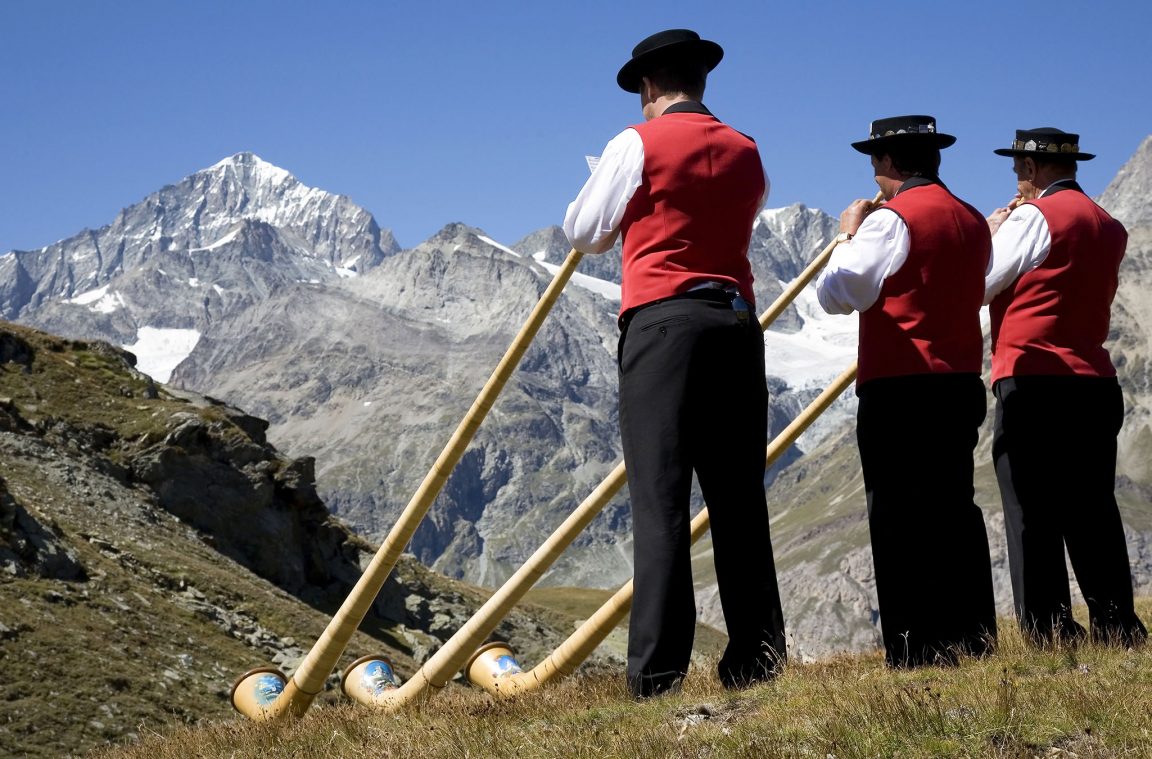 Switzerland is a small country in Europe in whose culture we find interesting traditions and festivals. In this article, we talk about the most important customs and habits of the Swiss, some of which may be strange to people from other countries.

A few weeks before Christmas arrives, on December 6, Saint Nicholas is celebrated. The night before is known as Klausbrauche. In it, children recite poems called Samichlaus-Spruche to Saint Nicholas and his assistant, and they give them sweets.

The little ones usually have a Advent Calendar, with which they count the days until Christmas arrives. This calendar has a sweet or a small gift for each day.

Traditionally, in Switzerland the Christmas tree is not put up until Christmas Eve and is decorated with candles. It is also typical to prepare homemade cookies. 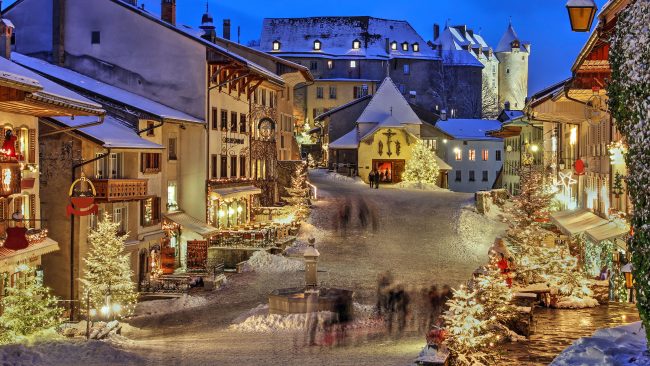 Also, on New Year's Eve, parades are organized in which people are dressed up and making noise, or playing instruments. In this way, they expel demons and evil spirits so that the new year goes well.

Another Christmas custom is that of star songs, which are organized on the fourth Sunday of Advent and January 6. These days, singers o Carolers they go from house to house, or sing in the square.

One of the star products of Switzerland is cheese. The most valued is the alpine cheeseIt is only made in summer with the milk of Alpine cows. When the summer is over, the farmers come down with the animals decorated with flowers, which attracts the visitors. 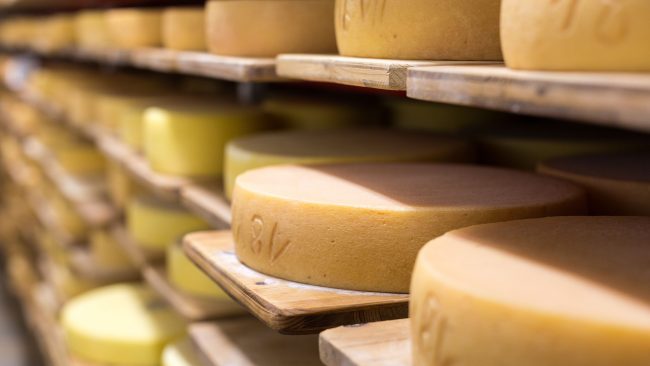 Furthermore, the cheese fondue is prepared on every special occasion. Another typical dish with cheese is squeegee. This consists of melted cheese with boiled potatoes, cucumber and pickled onions. Nor should we forget Swiss chocolate, a sweet valued around the world for its quality and flavor.

Swiss weddings are somewhat different from those in other parts of the world, since guests are not usually dressed too elegantly. Also, the banquet menu does not have to be fancy or sophisticated. 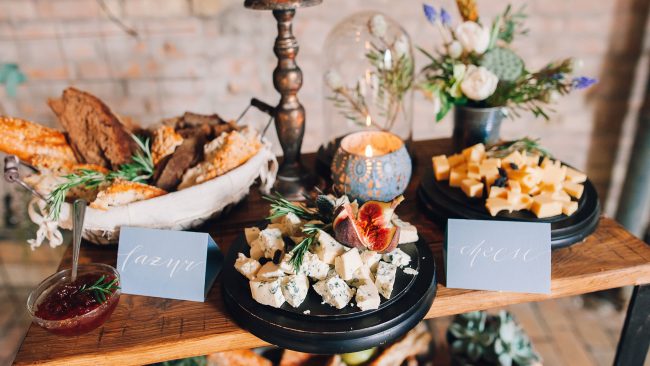 The wedding banquet in Switzerland

In some towns, a strange tradition is preserved that consists of throwing mud on the bride the day before the wedding. This clay is made with products such as tomatoes and beer, so its smell is quite unpleasant.

From a young age, the Swiss are educated to show respect for all people and to help the most disadvantaged. Also, punctuality is important to them.

When greeting, they usually shake hands. However, friends and family are three kisses, especially in the French part of the country. On the other hand, the people of Switzerland are quite concerned about taking care of the environment, so recycling is widespread. 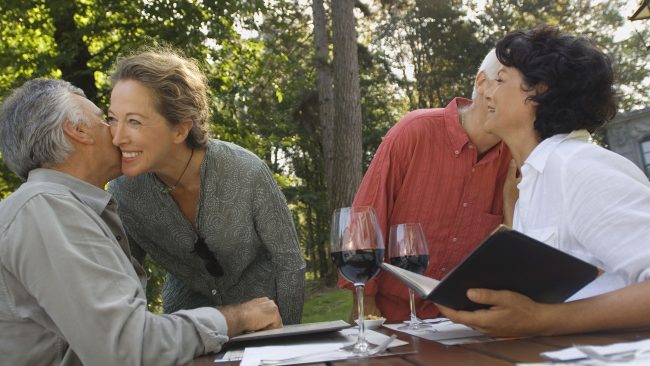 The typical way to greet each other in Switzerland

Regarding the language, in the country four different languages ​​are spoken and, depending on the canton in which we are, we will have to use one or the other. If you want more information about it, we recommend this article: What language is spoken in Switzerland?

August 1 is a National Holiday in Switzerland. This day commemorates the creation of the Charter of confederation sworn by the cantons in 1291, with which they promised to help each other. Parades are organized in different cities and fireworks are launched.

One of the most important festivals in the country is the Carnival. This is organized before Lent, although the most famous, that of Basel, begins on the Monday after Ash Wednesday. 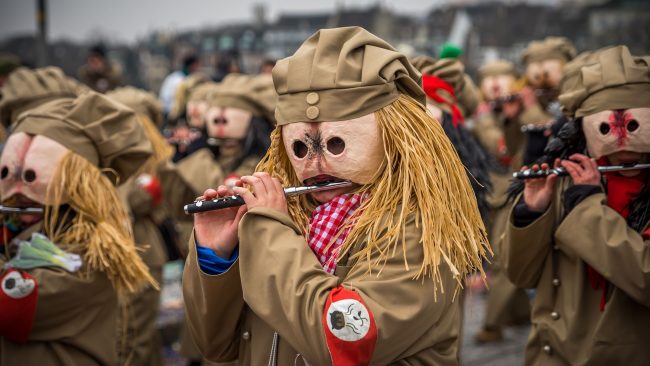 Basel Carnival: the most famous in Switzerland

That day, at four in the morning, all the lights in the town are turned off, lanterns are lit and drums are played. This event is called Morgenstreich. Also, the costume parades gather more than 10.000 people.

Every three years the Federal Yodel Festival is organized. In it, around 10.000 singers, alpine horn musicians and flag throwers meet for three days at the beginning of summer. Each year it is organized in a different municipality.

On the other hand, in Berja a curious competition is held at Easter, which consists of hitting the opponent's point with the point of an egg. The eggs are usually painted and decorated.

The traditional instrument of Switzerland is the alpine horn. This was invented in the 3,5th century, it is made of wood and is about 1.800 m long. In the past, it was used to call cows. It was also used by farmers in the Alps to communicate with each other, since they separated them great distances. At present, around XNUMX people know how to play it.

Singing on the Tyrolean was also used by farmers for their communication. Today it is performed in groups of two to five people, mostly in the German and French areas.

The folk music of the country is called Ländlermusik. This is usually accompanied by accordion, saxophone and bass. There are seven styles, among which the Grisons, Central Switzerland and Appenzell styles stand out.

One of the most typical sports is hornussen, since its beginning dates from the XNUMXth century. In this two teams participate, trying to hit and send a disk called Nouss as far away as possible. 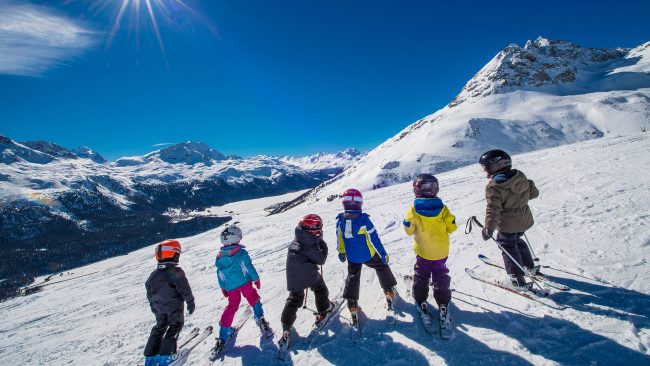 Skiing: a sport practiced in Switzerland by the whole family

On the other hand, the sports that the Swiss like the most are those that are done outdoors, such as hiking. In addition, they take advantage of the winter months to go skiing. 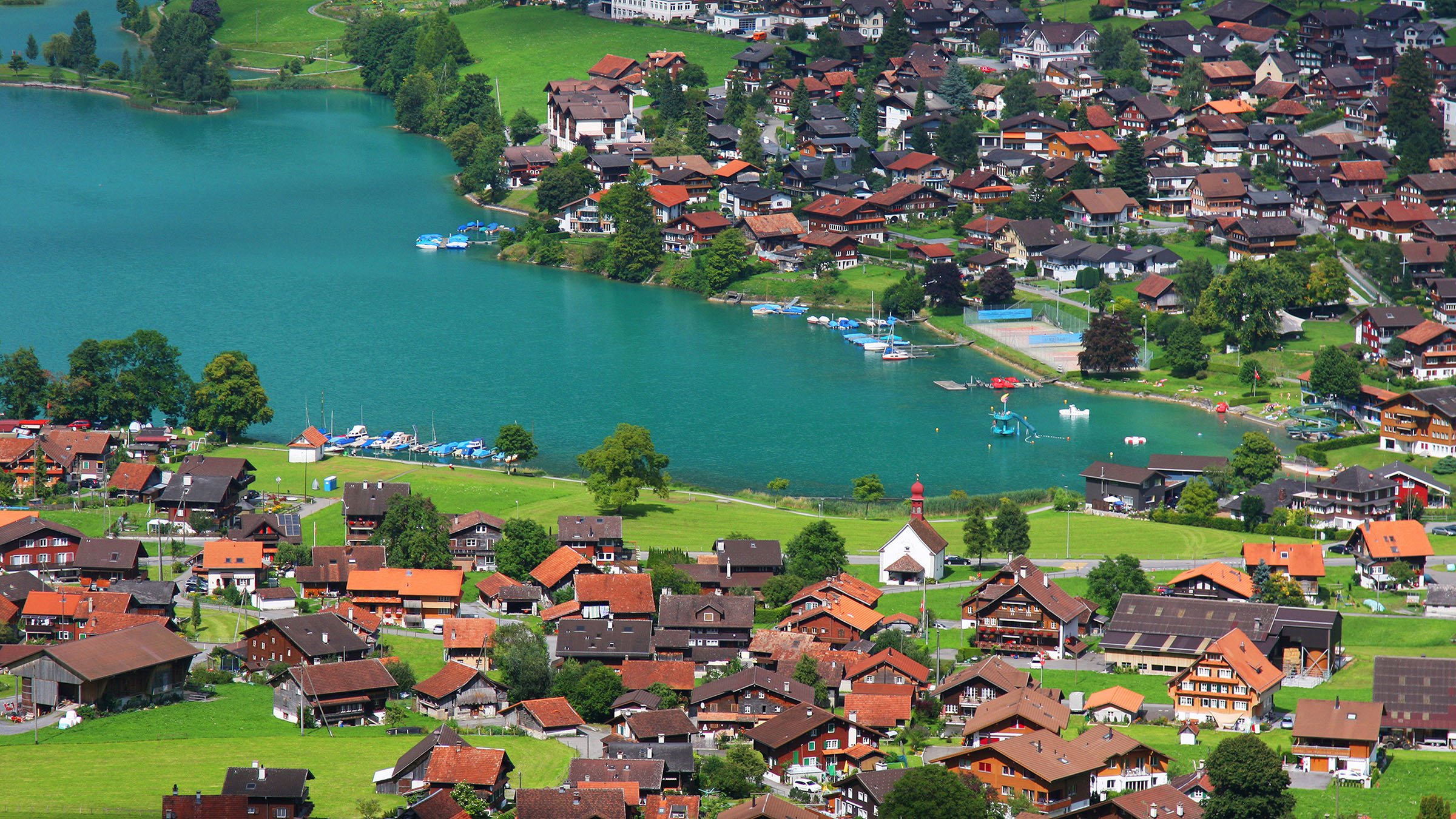