In this Tokyo tourist guide you will discover everything you need to visit the capital of Japan, established as the educational, economic, political and cultural center of the country. Tokyo stands out for being the headquarters of the main Japanese corporations and financial institutions.

Information about the city

La Tokyo time y Japan it is generally 9 hours ahead of standard UTC (UTC + 09). In this way, 00:00 in the UTC time zone will be 09:00 in the morning in Japan. In this country there is no daylight saving time change.

A large part of the population of Tokyo confesses buddhist, so the city is full of temples, although many prefer to practice religious acts at home. Most wear Western-style dress in their day to day, leaving the typical Japanese dress for special occasions. If we look at the administrative map of Tokyo, we will see that it is divided into the continental and insular areas. The mainland is part of the Kanto region, located on the island of Honshū. The insular zone covers the Izu islands and the iOgasawara Island, the latter more than a thousand kilometers from the continental area.

Theater, music and dance are very present in the culture of Tokyo. He National Theatre nō is the main one in the city, located near Sendagaya Station, and there are performances every weekend.

We can get to Tokyo By plane, by train or by boat. This destination has the international airports de Narita and Haneda, and to get there it will be necessary to make a stopover in London, in Frankfurt or in Paris.

To get from Spain to this Japanese city requires around 10 hours of flight if it is a direct flight. As of October 18, 2016, direct flights will be operated from Madrid with departure 3 times a week thanks to the union between Iberia and Japan Airlines. Stopover from Madrid, the flight can last between 15 and 22 hours approximately. The best Japanese airlines in terms of quality are All Nippon Airways y Japan Airlines (JAL). However, there are several airlines that operate flights with a stopover from Madrid:

On the other hand, there are no direct flights between Japan and Latin America. Therefore, Latin Americans who wish to visit Japanese lands will have to apply for a transit visa before traveling. It is possible to request it in the USA if we use this country as a place of transit.

In Tokyo, the ideal way to get around the city is public transport. In this destination we will have the metro, which offers a first class service and is considered the means of transport par excellence.

The train line Yamanote it is together with the subway the fastest way to get around Tokyo. It is a circular elevated train line that is made up of 29 stations. The time it takes to go around the city is 1 hour (35 km in total). 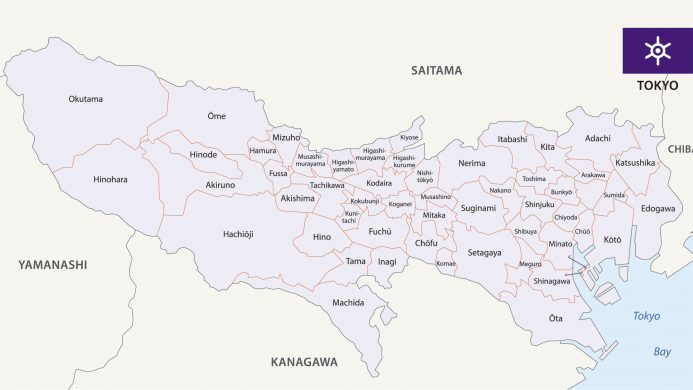 The bus, ideal for getting around the city center, and the train, move more than three million people per day. In addition, we will have services such as taxi and car rental as in other cities.

Finally, the taxis in Tokyo they are a comfortable means of transport, but their main flaw is that their price is quite high. In fact, Japanese taxis are among the most expensive on the planet. To get an idea, the first 2 kilometers cost around 710 yen (about € 6,50).

Japan is, in general, a country with high temperatures and high humidity. However, there are five ideal months to visit the capital of Japan. Thus, we recommend the following periods: As for clothing, it is advisable to wear the lightest clothing possible, especially if we travel in spring or summer. There is a lot to see in the city, so comfort is essential. You will have to get used to the constant humidity.

Hotels and restaurants in Tokyo

This destination is not cheap but we will find offers that go from hostels and hostels, to apartments, hotels and the popular ryokan. It is a traditional accommodation that will help us to feel part of the Japanese tradition and culture. The main disadvantage is that they tend to serve only in Japanese. Example of a typical ryokan in Japan - by DozoDomo

At a ryokan you can find tatami flooring, an in-room tea set, and luxury service. It is worth mentioning that most of the clients of this type of establishment are native Japanese, although they are recommended if you want to fully immerse yourself in the culture of this country.

In Japan they are also very typical capsule hotels. The main drawback is that they are very narrow and many of them only accept men. Some have exclusive areas for women known as ladies floor. They cost around 2.000-5.000 yen a night. The best areas of the city to sleep are Ginza y Shinjuku, among other reasons because the hotels are very close to the subway and the Yamanote line. If you intend to go out at night, the areas of Shibuya and Roppongi will be a success.

You should know that Japanese hostels are very clean and, in addition, they are very quiet and comfortable. They usually cost between 2.000 and 6.000 yen a night, that is, about 15-45 euros to change.

For its part, in Tokyo there are hundreds of restaurants scattered throughout the city, so where to eat will not be a problem. The good thing is that they open all day and there are also 24-hour stores where you will find pre-cooked products. What restaurants to choose in Tokyo

The typical foods of Japan That we recommend you to taste on your visit to Tokyo are: sushi, sashimi, ramen, yakitori, gyoza, teriyaki, yakisoba, tempura and okonomiyaki. The price of most restaurants is quite cheap, starting at around 600 yen. Also, you don't have to tip.

Tokyo has a very busy holiday calendar. Among these festivals stand out: Festival of the Dolls, which is celebrated on March 3; he matsuri, which takes place in May; and the Tennou no tanjoubi, where the emperor's birthday is celebrated. The matsuri are popular festivals of Shinto origin and sponsored by a temple or shrine. These festivals are held throughout the year in the city and in fact attract numerous Japanese citizens from other cities. Among the main ones we highlight:

Similarly, the festival should be highlighted kanda-matsuri o Tenjin sai, considered one of the three main Shinto festivals in the capital of Japan. It serves to honor the god Kanda Myōjin of the homonymous shrine, who is carried in procession in portable shrines or mikosh.

To enjoy the Japanese capital well, you have to visit several areas, each with its tourist attractions. Thus, in Tokyo we will find various points of interest in each of its neighborhoods, among them the neighborhoods of:

The famous neon lights 24 hours that come to mind when we think of Tokyo are found on the streets of Shinjuku. If what you are looking for is a good nightlife until the wee hours of the morning, then Roppongi is the ideal neighborhood for you. 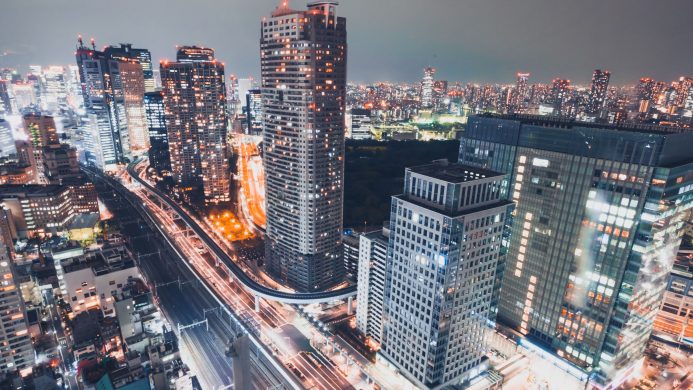 Among the classic tourist attractions in Tokyo, far apart from those within each neighborhood, we find Disneyland Tokyo, ideal to visit with family and friends, and the Rainbow Brigde.

Yoyogi Park, one of the largest in the city and where families gather on weekends to practice sports or have a picnic, and Ueno Park, are ideal places to escape the bustle and visit the main museums of the city.

To end the afternoon, we can go shopping in the fashion center of Tokyo, Omotesando Avenue. In it you can also enjoy some of the most impressive buildings of world architecture. The avenue has been compared many times with the Champs Elysees of Paris.

One of the main getaways around the Japanese capital is hakone, in the Fuji-Hakone-Izu National Park. It is located just 90 minutes from Shinjuku Station in Tokyo. Now, the climb is only recommended in summer.

This article has been shared 62 times. We have spent many hours collecting this information. If you liked it, share it, please: Share 62
We use our own and third-party cookies that offer us statistical data and your browsing habits; with this we improve our content, we can even show advertising related to your preferences. If you want to disable these cookies, press the Configure button. To keep all these cookies active, press the Accept button. More information in the Cookies policy of our website.
Setup
Accept and Continue
Manage consents