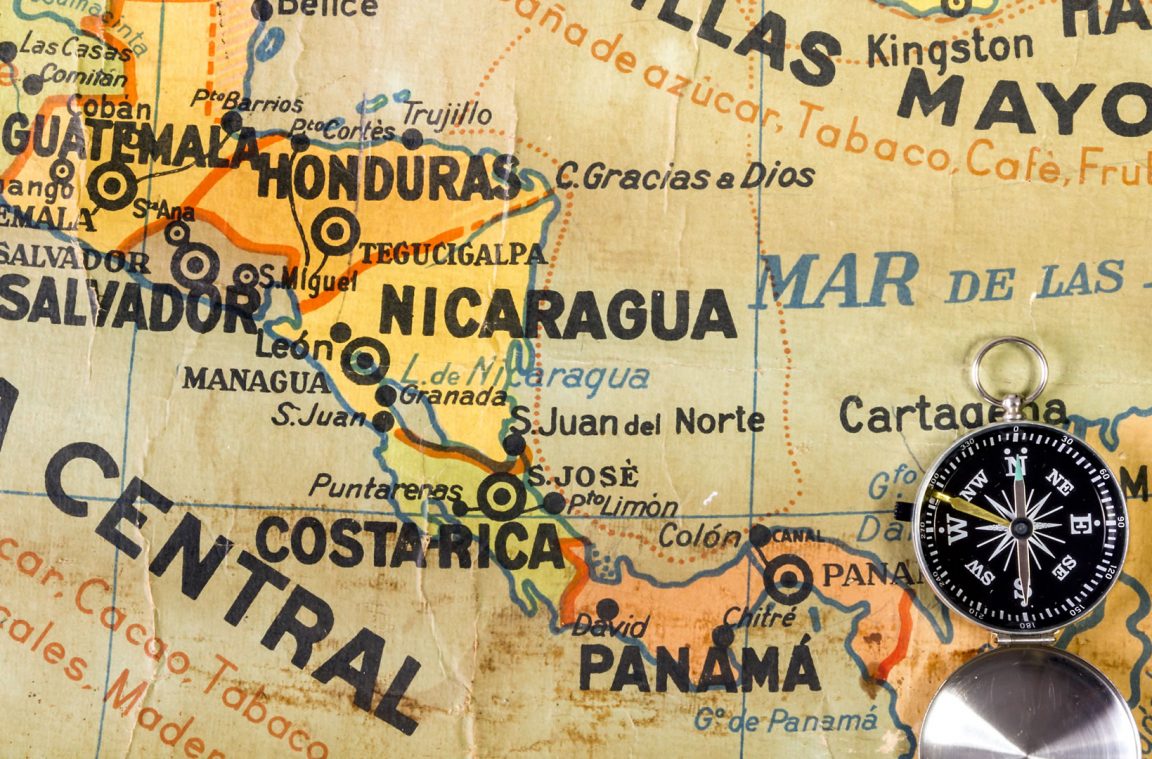 Central America is located in the center of the American continent and is surrounded by two oceans: the Pacific and the Atlantic. Central America is divided into seven independent countries, in addition to Insular Central America. Below we show you its political division, its physical resources, hydrography and the section of the Pan-American Highway that corresponds to it.

The political division of Central America is made up of a total of seven independent countries:

The center of the American continent is located specifically between the southern border of Mexico and the western border of Colombia.

In accordance with this political division, below we show in a table what is the territorial extension of each country, as well as the capital of each one: 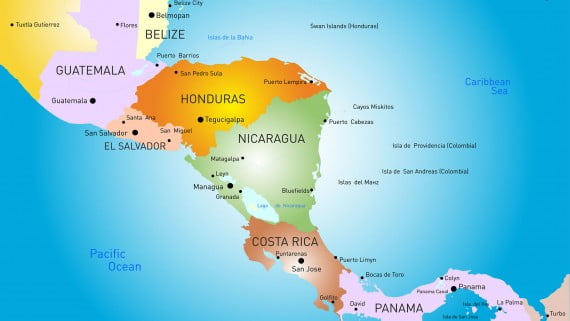 For its part, Insular central america, a territory also known as the Antilles or the Caribbean, is made up of an extensive number of archipelagos made up of the Greater Antilles, the Lesser Antilles and the islands of the Bahamas or Lucayas. This region of Central America is located between the Caribbean Sea and the Atlantic Ocean and, together, they form an arc that goes from Florida (USA) and the east of Yucatán (Mexico) to the west coast of Venezuela.

Below we show you the independent countries that make up insular Central America along with its capital and its surface: 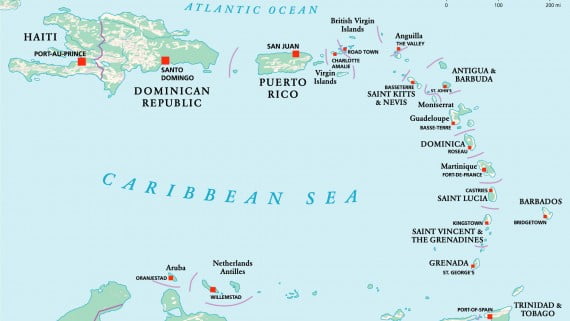 Likewise, this region of the American continent is dominated by geological systems in which there is one of the largest volcanic axes on the planet known as Central American volcanic arc; Thus, in the interior it is estimated that there are up to 60 volcanoes, most of them extinct, while on the Pacific coast there are more than 31 active volcanos.

Furthermore, the Earth's crust of Central America is considered especially unstable as it lies on the western edge of the Caribbean tectonic plate, which is moving in a southeast direction.

In the northern part, on the other hand, a sedimentary terrain based on sandstones and limestones predominates, as well as a zone of fractures that extends towards the southeast, giving rise to the lakes of Central America.

Central American rivers are characterized by being short (because of the isthmic geography that we talked about in the previous section) and because it corresponds mainly to the Atlantic slope. In Panama is where the greatest influx of rivers is observed, due to the proximity to the oceans that surround this region of the American continent.

In general, the rivers of Central America fulfill several functions, among which is that of making border, as it happens with the Segovia and Coco rivers, located between Honduras and Nicaragua.

The most important rivers in Central America are those mentioned below:

As for lagos, Central America has a large number, most of which are born from an extinct volcano, so that, in reality, they are crateric lakes. Below we mention the most important lakes in Central America:

The pan-american highway, Pan-American Route Or, simply, Panamericana consists of a road system through which the northern hemisphere of the American continent joins with the southern hemisphere, specifically, it goes from Alaska to Patagonia. In total, its length reaches 48.000 km, making it the longest road in the world.

Thus, in its passage through Central America, the Panamericana crosses Guatemala, El Salvador, Honduras, Nicaragua, Costa Rica and Panama. Below we mention the areas through which it passes in each of these countries: 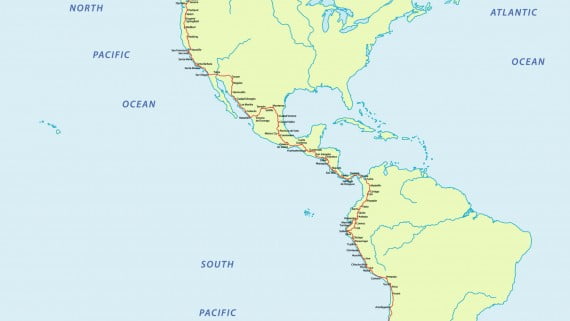 Pan-American Route on its way through Central America
By: Sandra Fernández

This article has been shared 104 times. We have spent many hours collecting this information. If you liked it, share it, please: 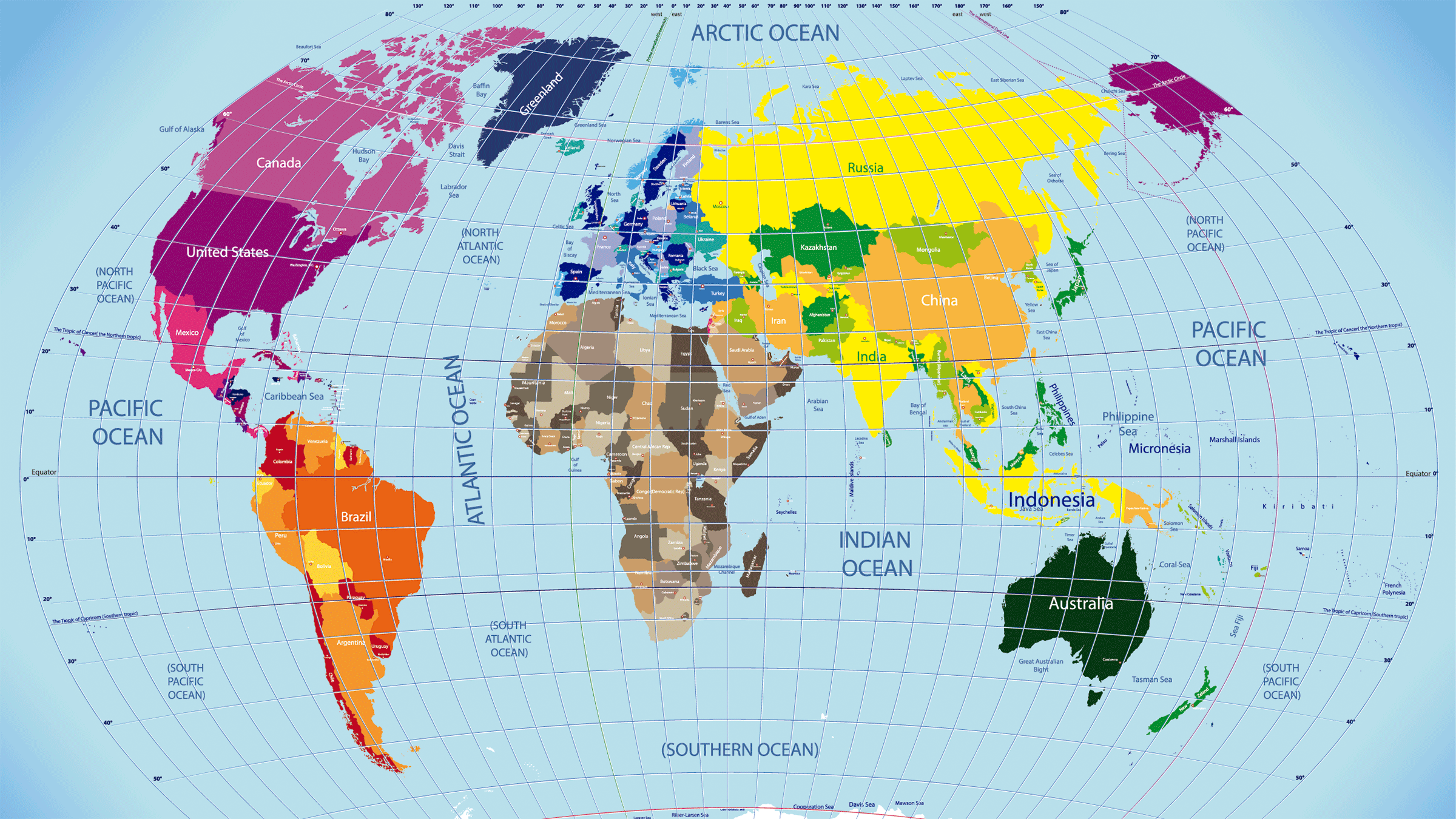 Share 104
We use our own and third-party cookies that offer us statistical data and your browsing habits; with this we improve our content, we can even show advertising related to your preferences. If you want to disable these cookies, press the Configure button. To keep all these cookies active, press the Accept button. More information in the Cookies Policy of our website.
Setting
Accept and Continue
Manage consents