The typical costumes of Chiapas, Mexico 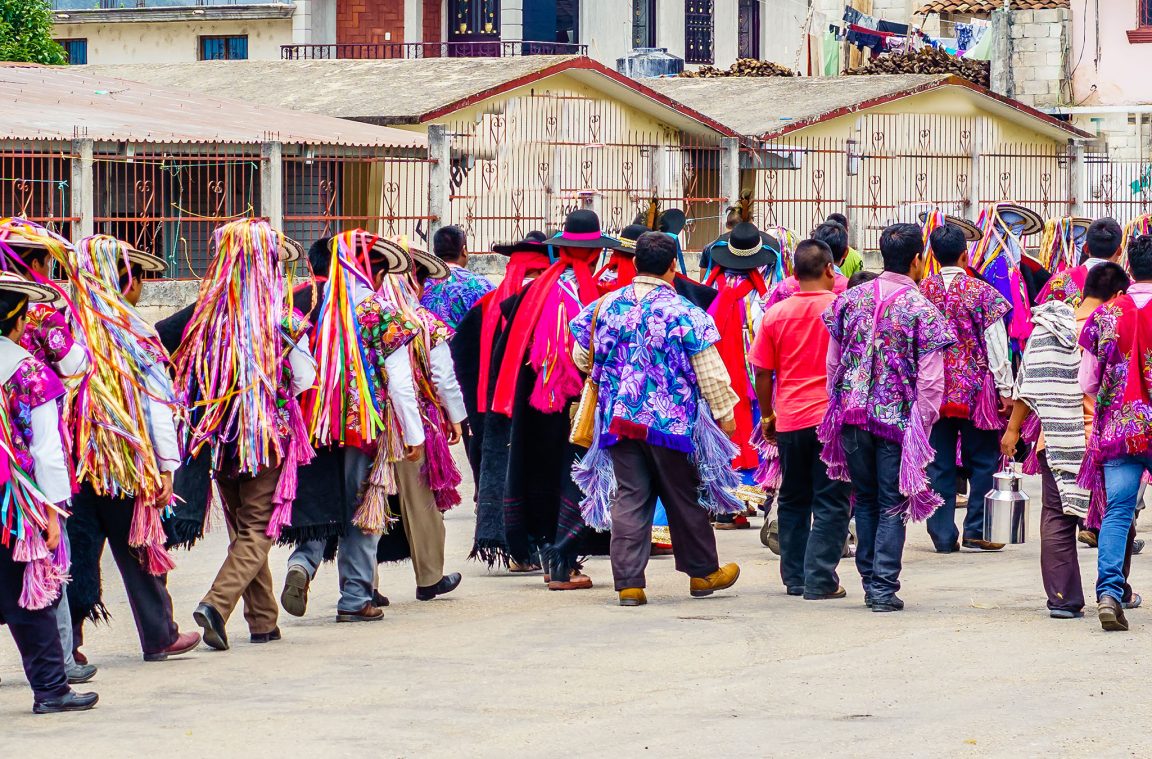 Chiapas in a state of Mexico with numerous indigenous ethnic groups and populations that have their own traditional clothing. In this article, we explain the characteristics of the most outstanding typical costumes and we show you some photos.

The typical costumes of Chiapas, Mexico

The suit of Chiapas It is widespread throughout the state of Chiapas, although its origin is found in the population of Chiapa de Corzo. This clothing is worn by women on multiple occasions, but especially during the Big City Festival.

On the one hand, it consists of a black satin blouse with a semicircle neckline and a tulle veil in which there are hand-embroidered flowers. The skirt is black, long and wide, and it is also made of satin.

It is said that the black color of the suit refers to the jungle, while the flowers represent the flora of the territory. Sometimes they also carry as an accessory a gourd or container called jicalpestle. 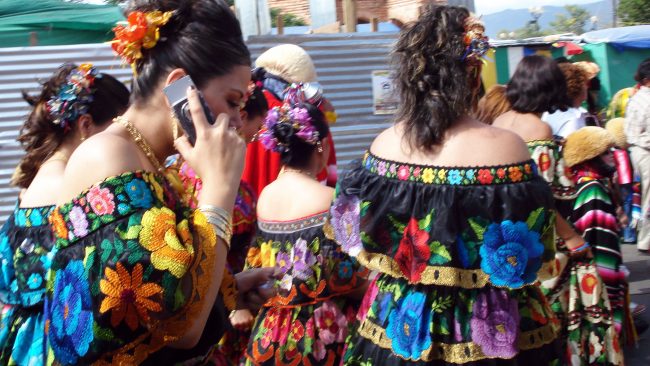 The typical costume of Chiapas - by Hernán García Crespo

The parachicos They are men who dress up during the Fiesta Grande de Chiapa de Corzo, between January 15 and 23. They wear their faces covered with a wooden mask.

As for clothing, they wear a serape or colorful cloak, black pants, a hat on the head and a kind of scarf. They carry a rattle in their hands and dance down the street accompanied by the Chiapas. 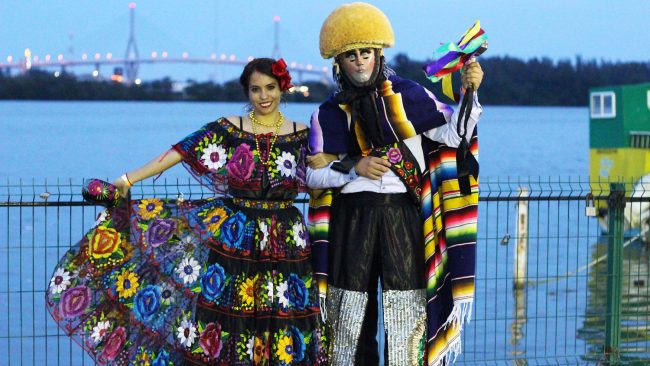 In the town of San Juan Chamula, women wear a black wool skirt sometimes decorated with small white stripes, a red sash, and an embroidered blouse.

As for the men who live in the countryside, they wear knee-length pants, a leather belt and a shirt. Those who live in the city wear a long white or black wool coat. Another prominent element is the hat. 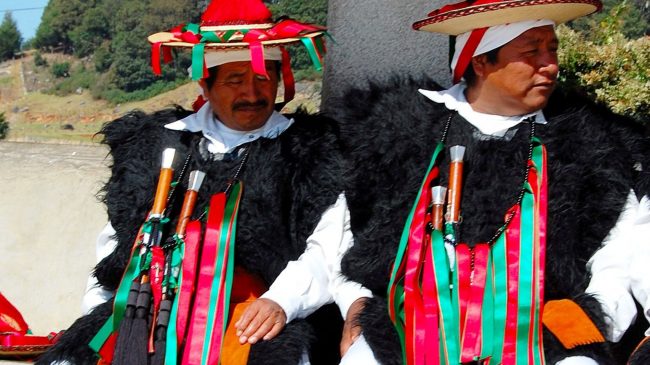 In the population of Zinacantán inhabit the tzotziles, an indigenous ethnic group from the Mayans. The typical costume for women consists of a huipil or dark-colored sleeveless shirt with flowers. The garment with which they protect themselves from the cold has the name of moxib, a kind of large handkerchief.

As for the men, they wear a serape or mantle known as pok'u'ul. This one was traditionally white and red, but in recent years they are often worn in dark colors like blue, green and purple. 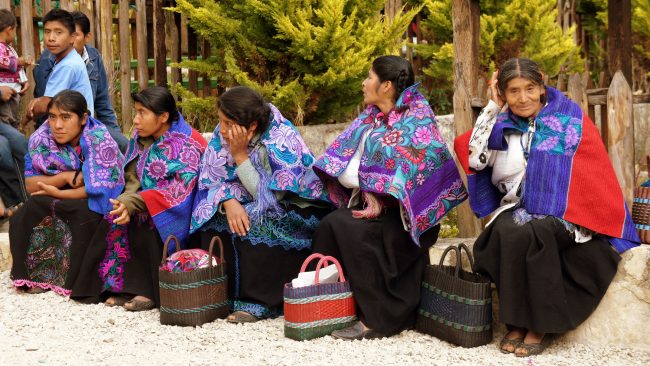 The typical costume of Zinacantán, in Chiapas - by Danny

The lacandones They are another indigenous people who live in the Lacandon jungle. At present, they are around 400 people and they are separated in the group of the north and the one of the south. The lacandones they call themselves hach winik, What does it mean real men. 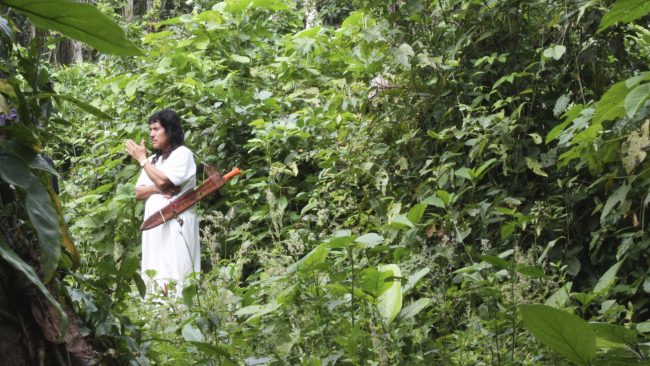 The tunic: the basic garment of the Lacandons - by MandoBarista

In the north men wear a tunic down to the knees and women a huipil and a colorful skirt. In the south, both sexes wear a long tunic: the men white and the women of various colors.

As for the indigenous called cholesThey are found in Chiapas, Tabasco and Guatemala. The men of this town wear white trousers and shirts, and straw hats.

On the other hand, the women wear a blue skirt adorned with colored ribbons and a white blouse with embroidery in the form of squares and diamonds.

Share 22
We use our own and third-party cookies that offer us statistical data and your browsing habits; with this we improve our content, we can even show advertising related to your preferences. If you want to disable these cookies, press the Configure button. To keep all these cookies active, press the Accept button. More information in the Cookies policy of our website.
Setup
Accept and Continue
Manage consents