The 25 most beautiful landscapes in the world: real pictures 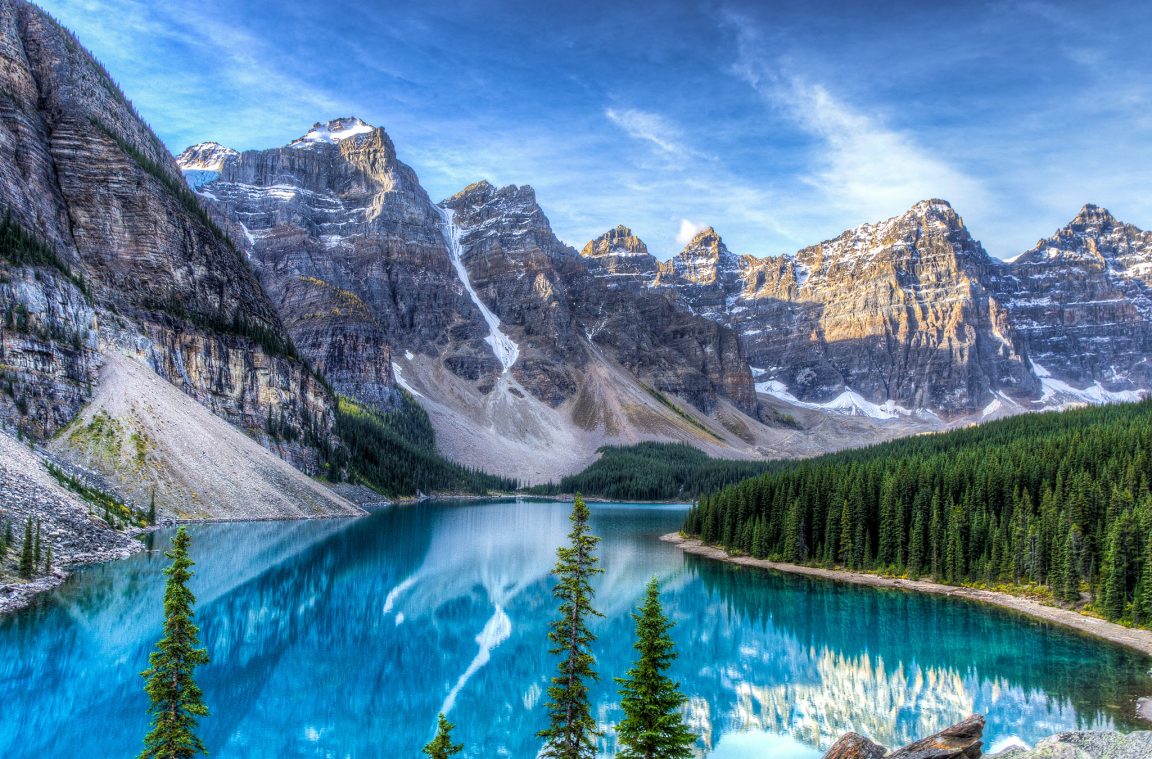 Although Boston is a large city full of skyscrapers, inside we can also find ideal natural spaces, such as the Public Garden, perfect to rest from noise and pollution. 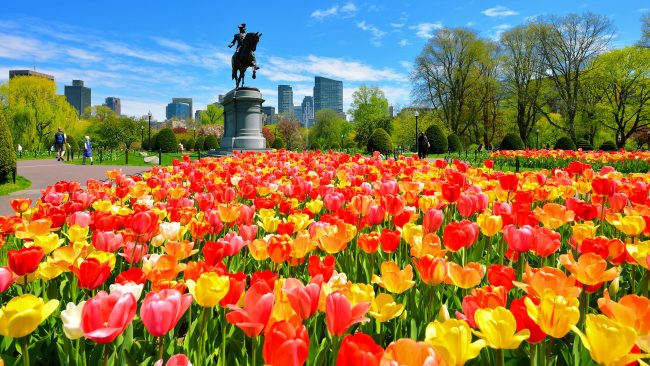 The Blue Lagoon, in Jamaica, owes its name to the surprising color of its waters, which come from springs located around 60 meters deep. It is one of the most romantic parts of the island. 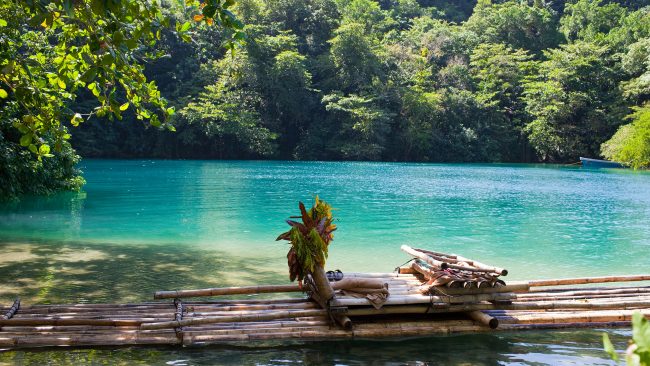 A unique lagoon in Jamaica

Inside San Miguel de Allende, in Guanajuato, we find beautiful green areas that give the city a unique charm and an urban landscape that is worth stopping to admire. 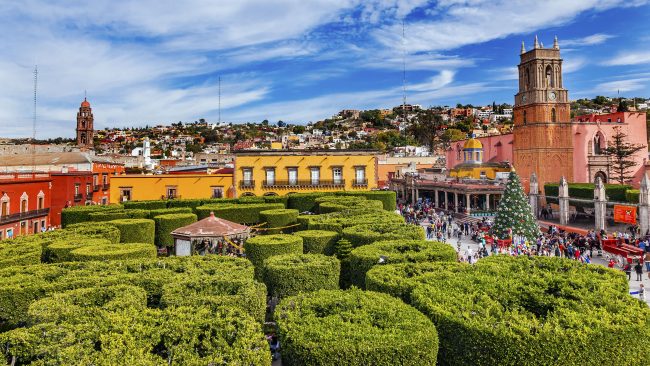 One of the aspects that most characterizes this island is the coral reefs that are around it. In these we can observe an impressive marine fauna. 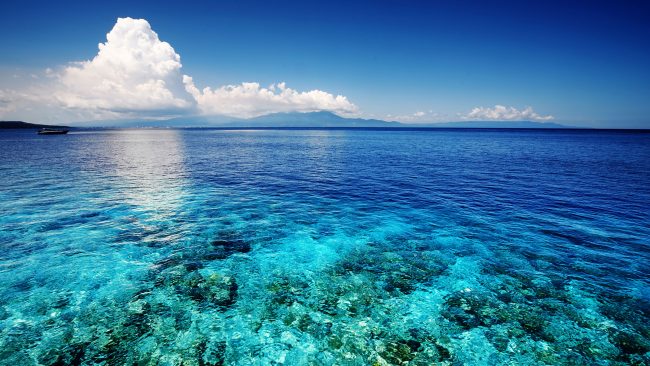 The coral reefs of Bunaken, Indonesia

Although the Mount Deogyusan National Park is of great beauty at any time of the year, in winter the snow gives it a special charm, which is multiplied thanks to the Korean temples that we can find in it. 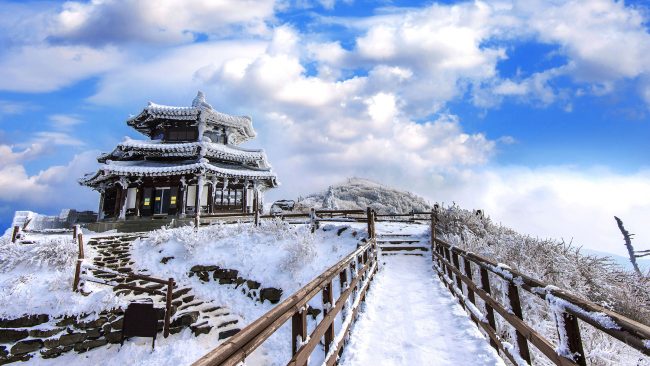 The town of Ronda, in Malaga, is located in a special enclave: the Tagus river gorge, which separates this municipality in two. However, we found three bridges by which to cross from one part to another. 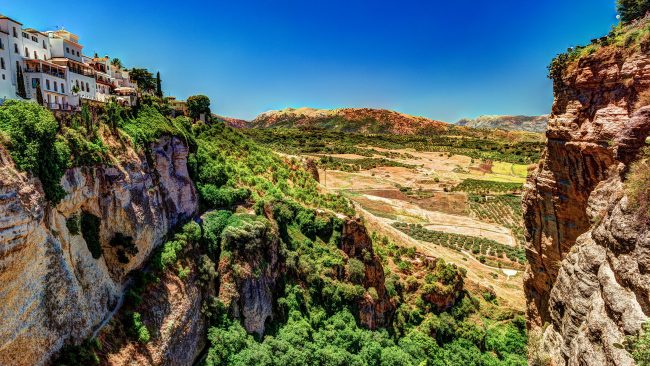 Semuc Champey is an expression of the aboriginal dialect kekchi meaning where the river hides in the mountain. In this place you can bathe in crystal clear waters, as well as go hiking in the tropical forest. 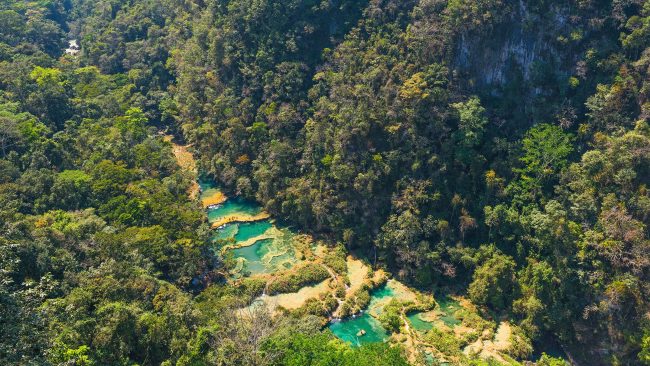 In Mexico we find several exotic cenotes in which travelers usually bathe. These sinkholes, also known as torques, have a karst origin, that is, they have been produced thanks to water erosion. 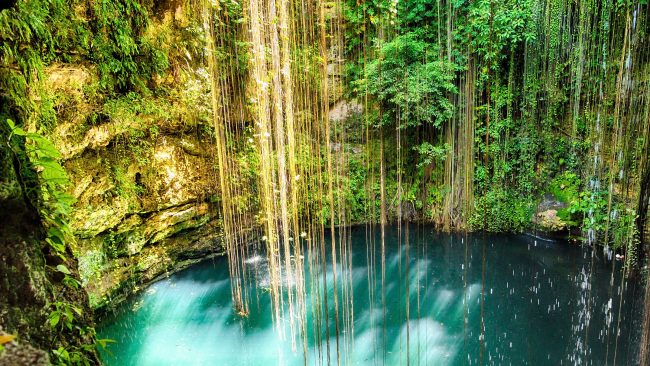 The Serengeti National Park is one of the most popular in Africa to go on safari and get to know the animals of the savannah. In addition to zebras, you can see lions, elephants, rhinos, etc. 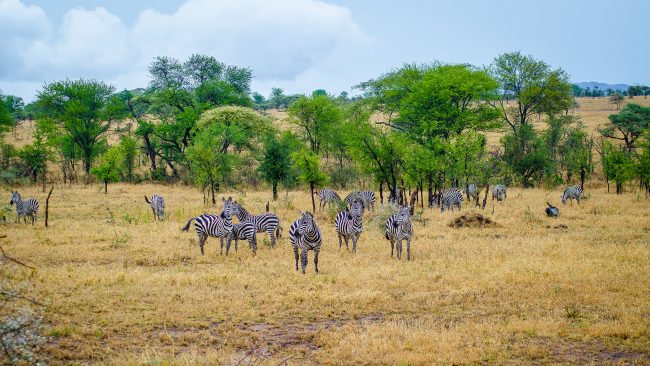 To the west of Ireland are the Cliffs of Moher, which are located 120 meters above the Pacific Ocean. They were used to shoot some scenes in the movie Harry Potter y el misterio del príncipe.

Zaanse Schans is a rural area in the Netherlands where traditional mills are preserved, most of which are more than 200 years old. It is located 20 kilometers from Amsterdam. 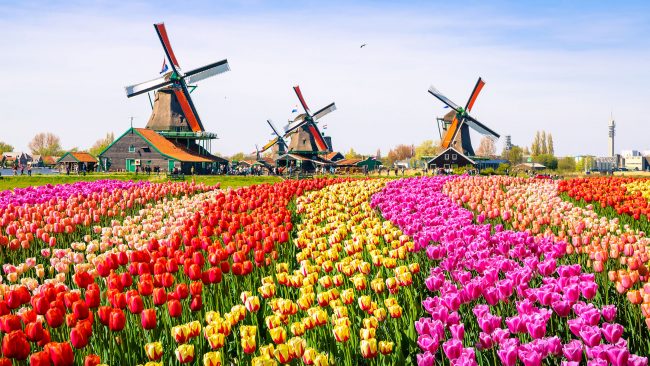 The Cataract of Pulhapanzak have a height of 43 meters. In addition to its beautiful natural landscapes, this area stands out for the archaeological remains of a civilization that could predate that of the Mayans. 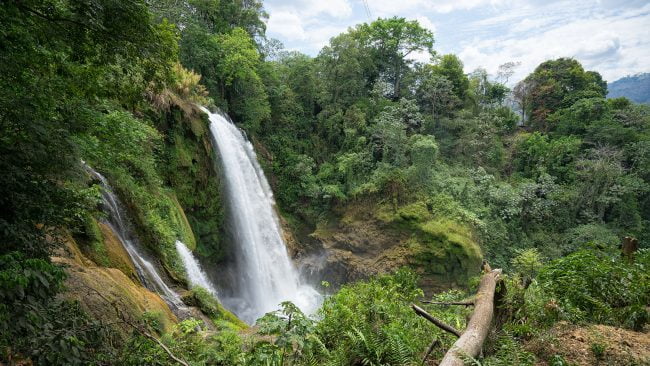 Nature in its purest form in the Pulhapanzak Falls, Honduras 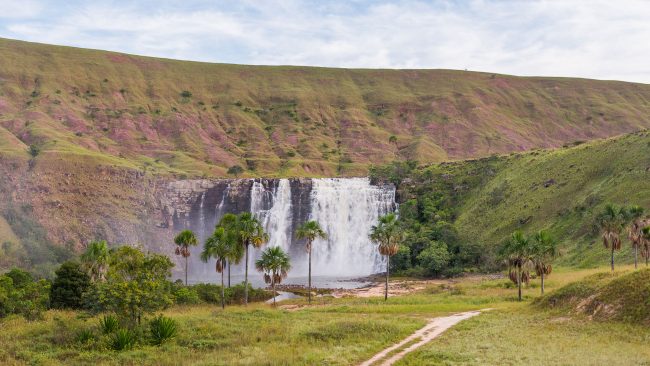 In the Central Cordillera of the Colombian Andes, the Cocora Valley is located, which is part of the Los Nevados National Natural Park. One of the most striking aspects of this landscape are its tall palm trees. 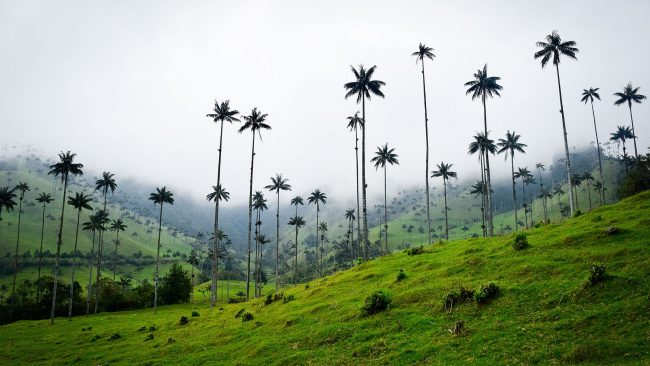 A unique corner of the Central Andes Mountains, Colombia

In Zhangjiajie National Forest Park, the column-shaped mountains, which seem inaccessible, amaze. In addition, they are surrounded by lush forests. 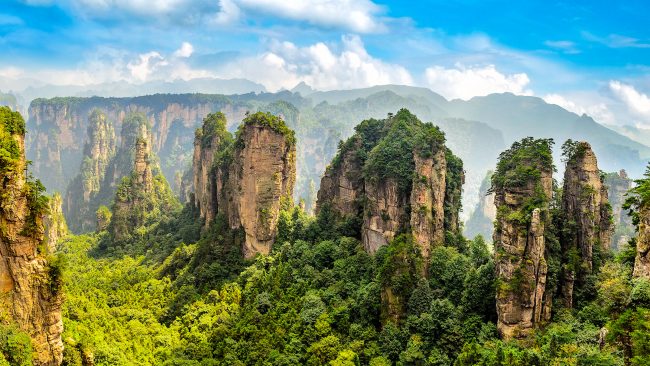 The amazing views in Zhangjiajie, China

Although her official name is Itsukushima, to this corner of Japan it is also known as Miyajima, which in Spanish means sanctuary island. The Sunsets from this point of the country they are fantastic. 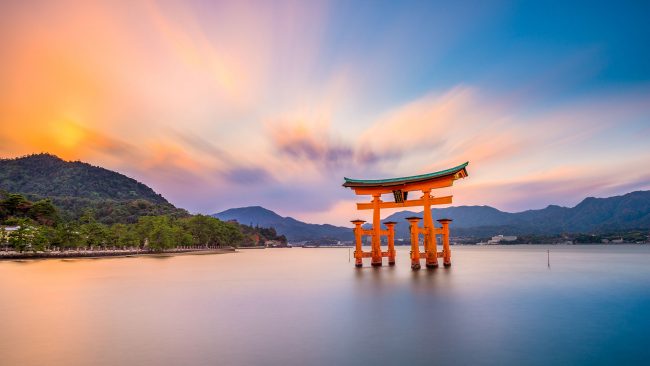 El Yunque National Forest is located in eastern Puerto Rico. Its name, El Yunque, comes from the indigenous word Yu-ke, which in Spanish is translated by White land. 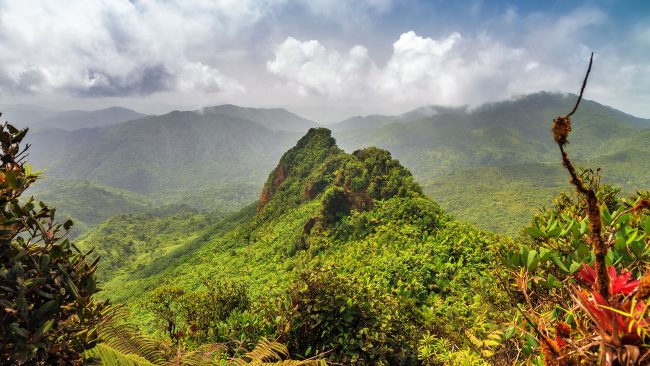 Ometepe Island is not located in a sea, but in the center of Lake Cocibolca. In it we find dream beaches that leave us landscapes as wonderful and relaxing as this one: 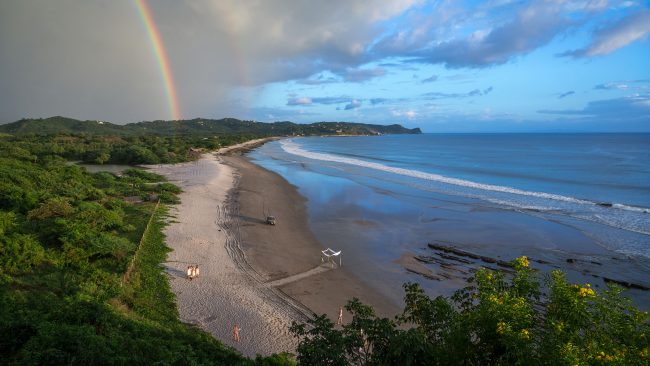 Ometepe: an island paradise in Nicaragua

The island of Kauai has such magical landscapes that it has been chosen multiple times to carry out important recordings, as is the case in the movie Jurassic ParkOf 1993. 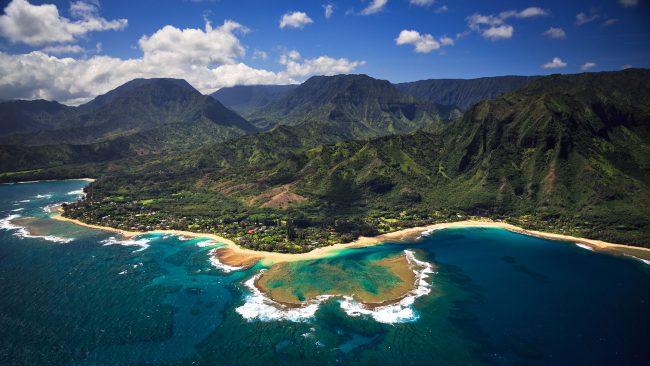 Kauai: a movie island in Hawaii

The Perito Moreno Glacier is one of the best known natural attractions in Argentina. This large block of ice has a length of five kilometers and a height of sixty meters. 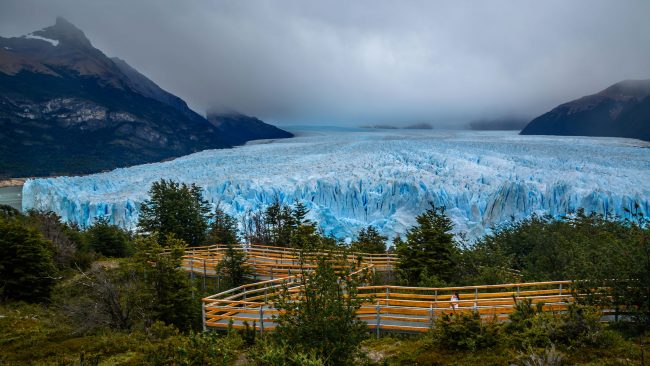 Raiatea is located within the archipelago known as Society islands. Although it is an amazing place throughout the day, one of the most special moments is dusk. 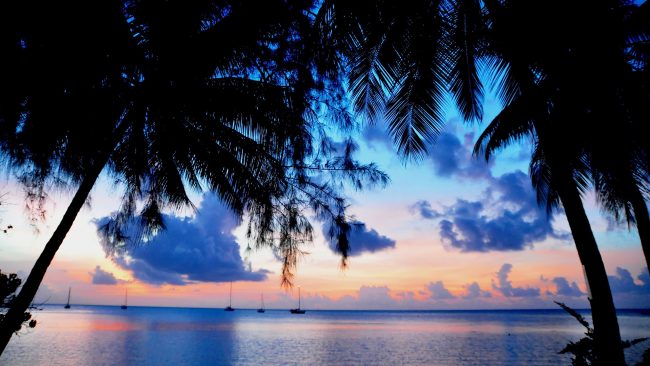 Isla Mujeres is located just thirteen kilometers from Cancun. This area is ideal for snorkeling in the sea or just relaxing on the sand. 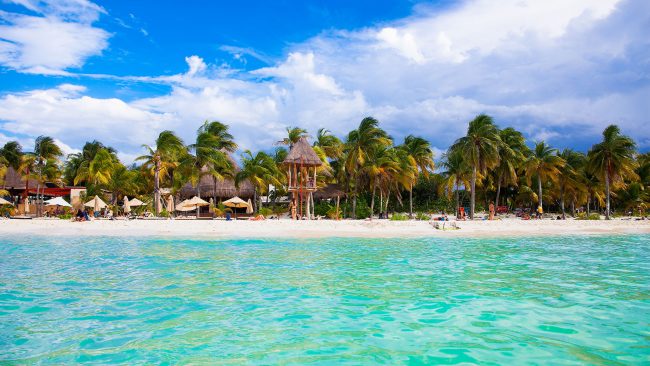 Queulat National Park is located in the north of Chile. In this area we find great natural landscapes, in addition to a varied fauna formed by birds such as the condor and the chucau.

However, what stands out the most in this park is the Hanging Snowdrift, a large block of ice that is located on the edge of a mountain and forms an amazing landscape. 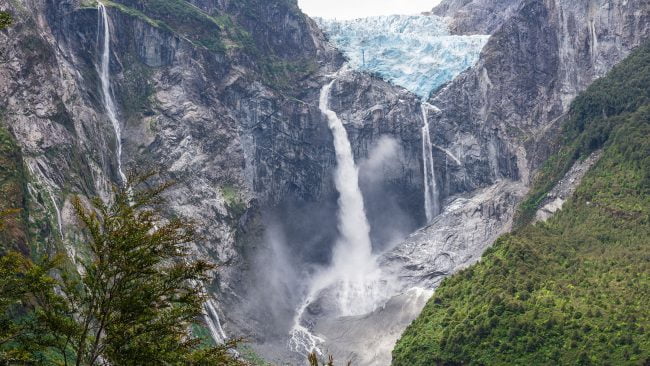 Vinicunsca, also called Mountain of Seven Colors, is a mountain that is characterized by its colorful land. Its top reaches 5.200 meters above sea level. 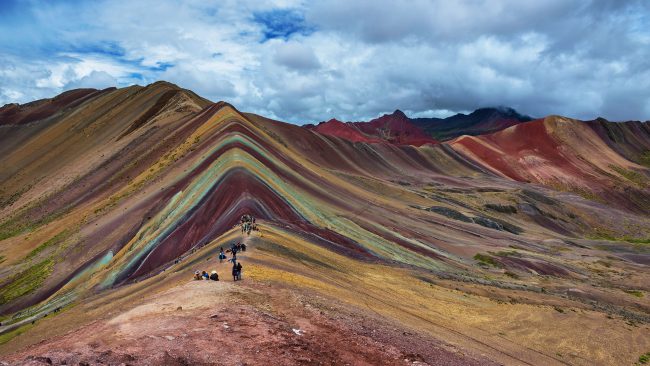 The most colorful mountain in Peru

Reynisfjara is a beach in Iceland characterized by its black sand. At the top of the mountain that is in this area of ​​the coast is an important community of puffins, birds similar to penguins. 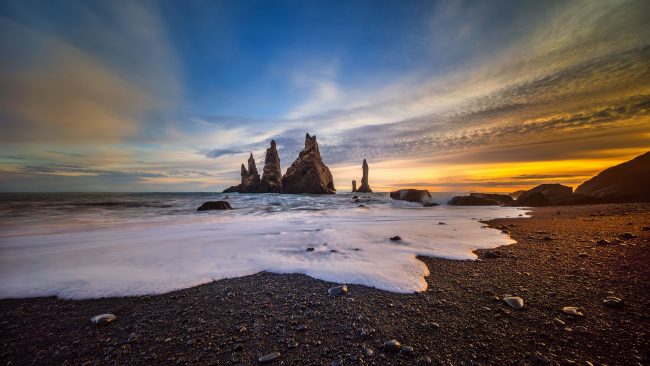 As you have seen, in different parts of the planet we find landscapes that leave our mouths open. Do you agree with the ranking, or do you think there is one missing?

This article has been shared 5900 times. We have spent many hours collecting this information. If you liked it, share it, please:

Share 5900
We use our own and third-party cookies that offer us statistical data and your browsing habits; with this we improve our content, we can even show advertising related to your preferences. If you want to disable these cookies, press the Configure button. To keep all these cookies active, press the Accept button. More information in the Cookies Policy of our website.
Setting
Accept and Continue
Manage consents