Mykonos gay guide: what to see and where to go 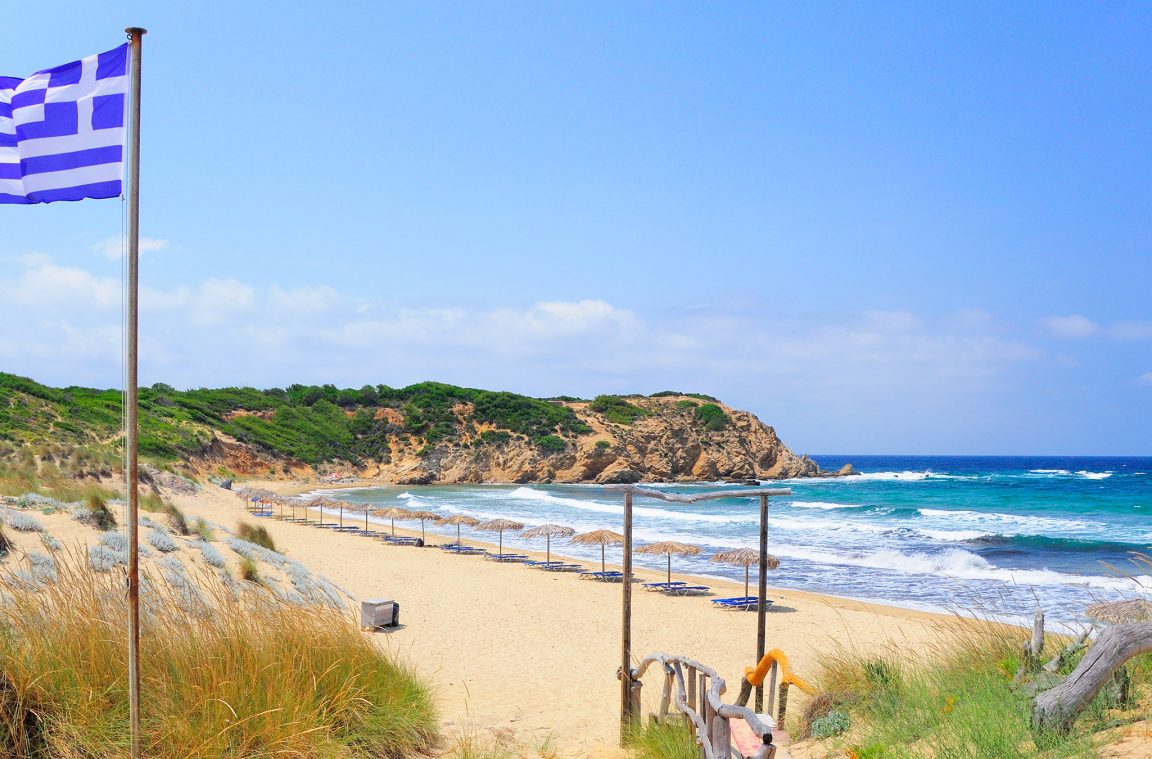 Mykonos has become the favorite Greek destination for the LGBT sector. It is the quintessential gay place in the Mediterranean, with travelers coming from any corner of the planet in order to have fun and spend a vacation in a most welcoming and festive environment.

Mykonos gay guide: what to see and where to go

Mykonos (also written Mikonos o Mykonos) is the gayest city in Greece. With this flow of homosexual tourists, an infrastructure for this sector is necessary: ​​numerous chic bars, discos, hotels and restaurants, among many other services.

This island is part of the Cyclades archipelago, in the center of the Aegean Sea. Apart from captivating foreign audiences, this city has continued to keep its Greek charm intact: it still maintains that “white” landscape that characterizes it so much, where all its facades give prominence to this color.

As for transportation, you can rent a jeep or a car to explore the island or also choose to rent a small motorcycle to move more easily between its narrow streets. 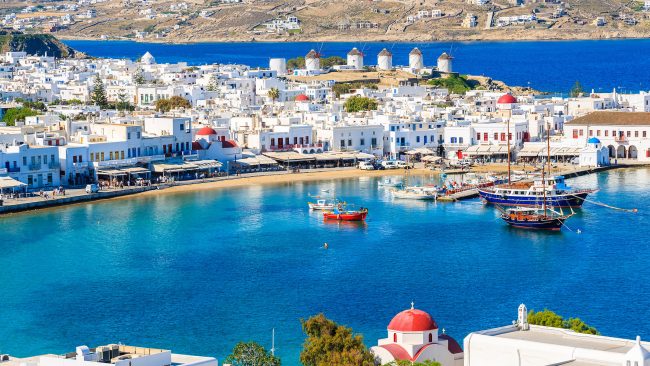 Another simpler and also fun option is to get on the boats Platy Yalos, which transport passengers from Mykonos to the southern beaches ferry. Getting around by taxi is not entirely recommended, since there are only about thirty on the entire island and the waiting time to catch one is usually quite long.

You can enjoy fantastic views if you stay at the hotel Elysium, the best resort for the gay community on the island. It is a 4-star establishment located on the coast. It opened its doors in 1989 and has fully equipped rooms to make you feel at home. 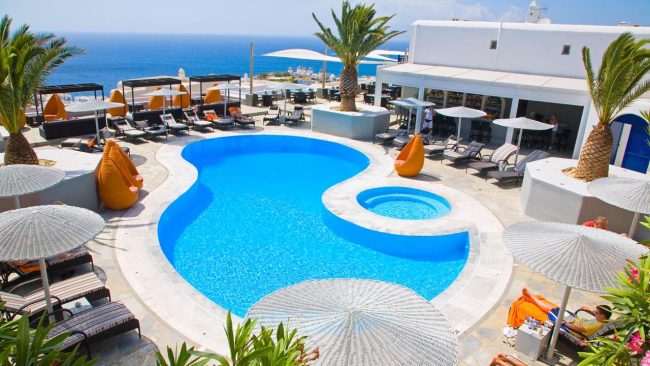 In it you can enjoy not only luxury accommodation, but other attractions such as the Sunset Cabaret, for an show in which drag queens, dancers and other professionals fill the night with color and music without leaving the hotel. 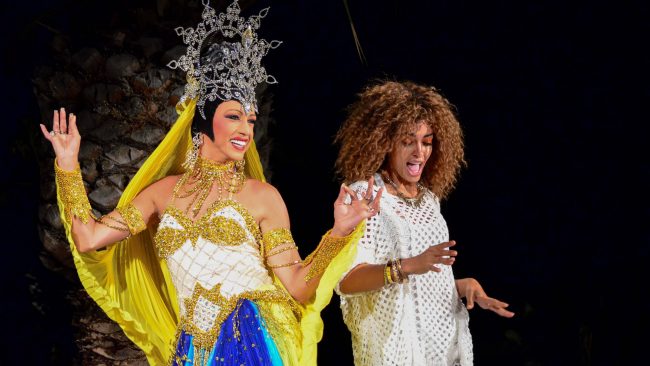 El Geranium It is another of the best places to stay to enjoy a vacation overlooking the Aegean Sea. This is a men-only hotel whose main advantage is its proximity to the beach and the city center, which can be reached on foot in a few minutes.

El Boheme Mykonos Hotel It is another of the most luxurious on the island. It features an outdoor swimming pool with views of the Aegean Sea and the island of Delos. The deluxe rooms and suites have a private terrace or balcony depending on the room class chosen. 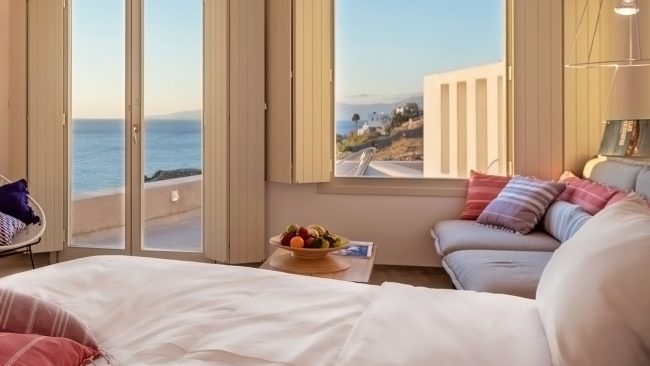 If what you are looking for is accommodation with a spa included or simply enjoy a relaxing session in a saunaIn Mykonos you can find several establishments of these characteristics. Examples of this are Cavo Tagoo Hotel and Myconian Imperial Resort & Villas, both 5 stars.

There are more than 30 beaches on the island, although the best known and most visited by this sector is called Paradise. The finish of the beach is fully adapted to this public, including special positions for sunbathing. 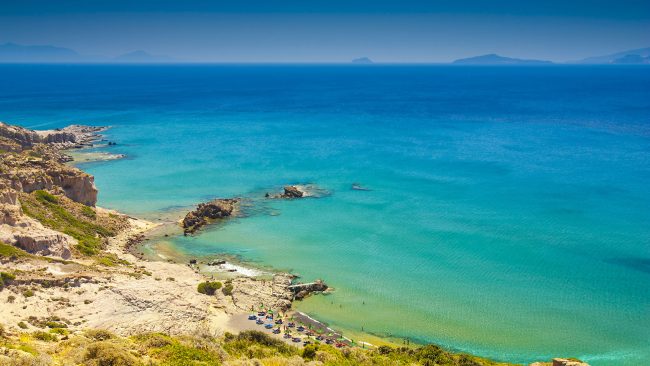 La Elia beach It is also another of the favorites despite the fact that it is larger and is usually more crowded with tourists. Although it can be reached by bus, there is plenty of parking space, so arriving by car is a very good option.

It is considered by many to be the gayest place in Mykonos, especially if you walk towards the area on the right. In addition, it is a Greek corner full of restaurants, each with its hammocks for comfort.

Of Super Paradise It is another star point of the island. With fine white sand and crystal clear waters, nudism is allowed, especially in the area of ​​the rocks. You can find a lot of parties, with establishments suitable for all ages. 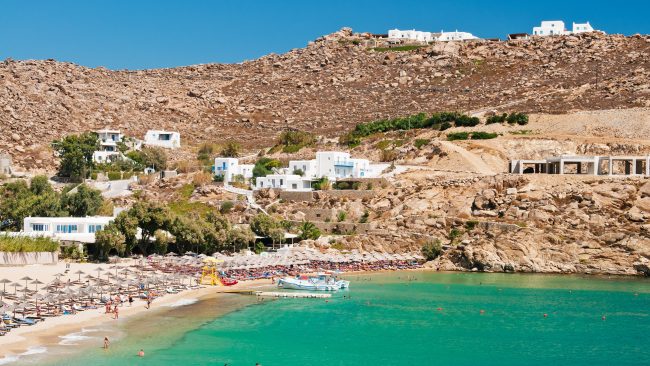 La Agios Ioannis beach It is the ideal place for lovers of tranquility in a more rural environment. Of fine sand like the rest, one of its main advantages is that there is more space in the sand to place the towel. 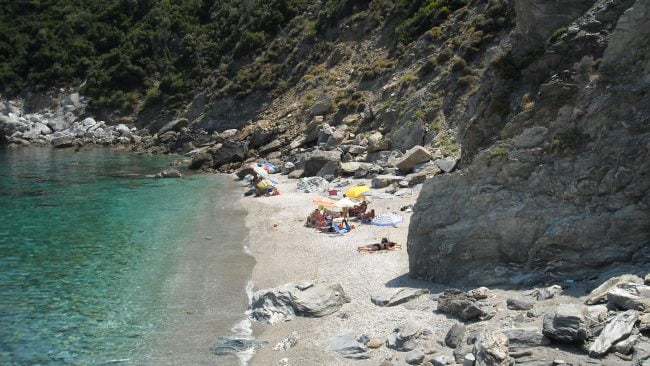 Nook on Agios Ioannis Beach in Mykonos - by Αλέξανδρος

If you travel as a couple and prefer a more intimate environment, Paranga and Agrari they are two excellent options. It's about corners gay-friendly Also, but much less crowded and away from the hustle and bustle of the downtown area. 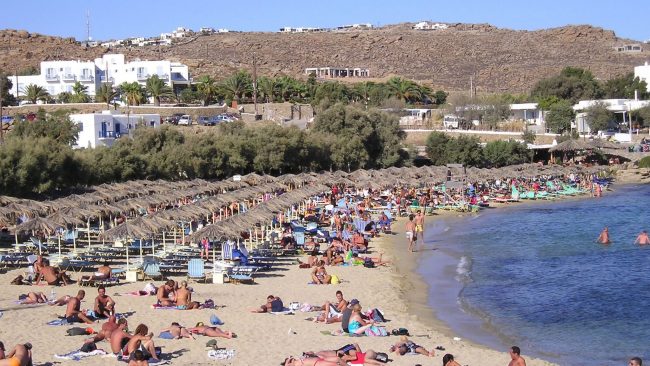 Mykonos, known as the 'Island of the Wind', offers a great variety in terms of playful atmosphere. You can explore its wide variety of beaches during the day and its fantastic nightlife full of clubs with the best music, dancing and drinks until dawn.

As a recommendation, you will enjoy greater privacy and less crowding during the months of May, June and September, since during July and August the number of tourists is considerably higher.

The center of Mykonos is the protagonist of the LGBT scene, with numerous bars where you can move from one to another without problems. 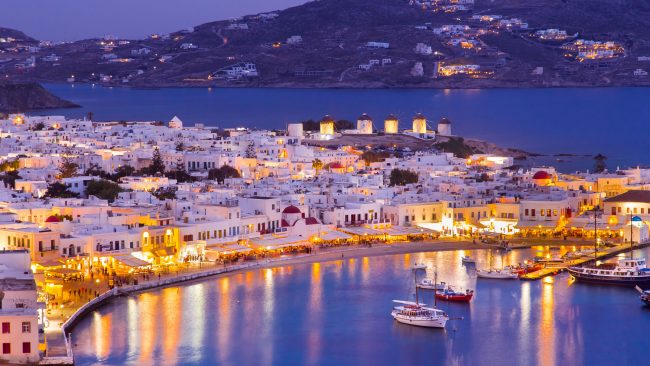 Gay party and nightlife in Mykonos

The island has more than 100 restaurants prepared to the last detail with the most exquisite Mediterranean food. Don't forget to stop at Daniel is (in Basoulas), a typical place for years, or Niko's Tavern on Megali Ammos beach.

Once night falls, the atmosphere begins to liven up, with music coming from everywhere and people walking and dancing wherever you go. JackieO 'Bar, near the Paraportiani church, is a stylish lounge bar, where you can dance to dance and house music with a characteristic purple ambient light. 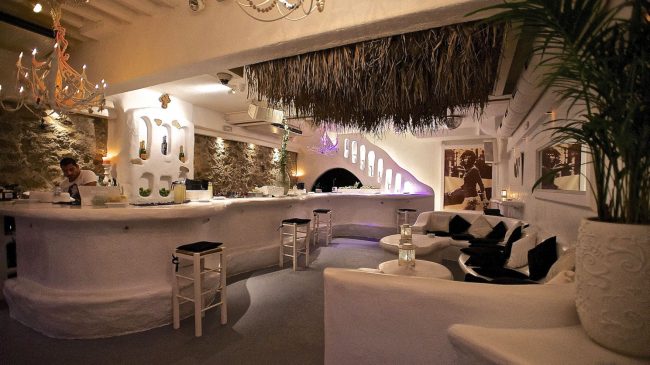 Inside the JackieO 'Bar in Mykonos

On the other hand, the bar more gay-friendly par excellence is the Pierro's, For all ages. Theme parties inspired by the typical clothing of the 70s are usually organized. Its name comes from the traveler Pierro Aversa, a painter of Italian-American origin. It was he, along with Adreas Koutsoukos, a native of the island, who opened the doors of this famous establishment in 1974.

In addition, towards the end of August the XLSIOR festival, one of the best known internationally. Every year more than 30.000 people come from all over the world. Good music and an excellent atmosphere is what you will find in this massive event.

In the town of Ano Mera you can find both restaurants and clubs quality. You should bear in mind that, if you go out on the island at night, the discos and nightclubs open around 23:00 p.m. and close around 4:00 a.m.

This article has been shared 108 times. We have spent many hours collecting this information. If you liked it, share it, please:

Share 108
We use our own and third-party cookies that offer us statistical data and your browsing habits; with this we improve our content, we can even show advertising related to your preferences. If you want to disable these cookies, press the Configure button. To keep all these cookies active, press the Accept button. More information in the Cookies Policy of our website.
Setting
Accept and Continue
Manage consents