The customs and traditions of Greece 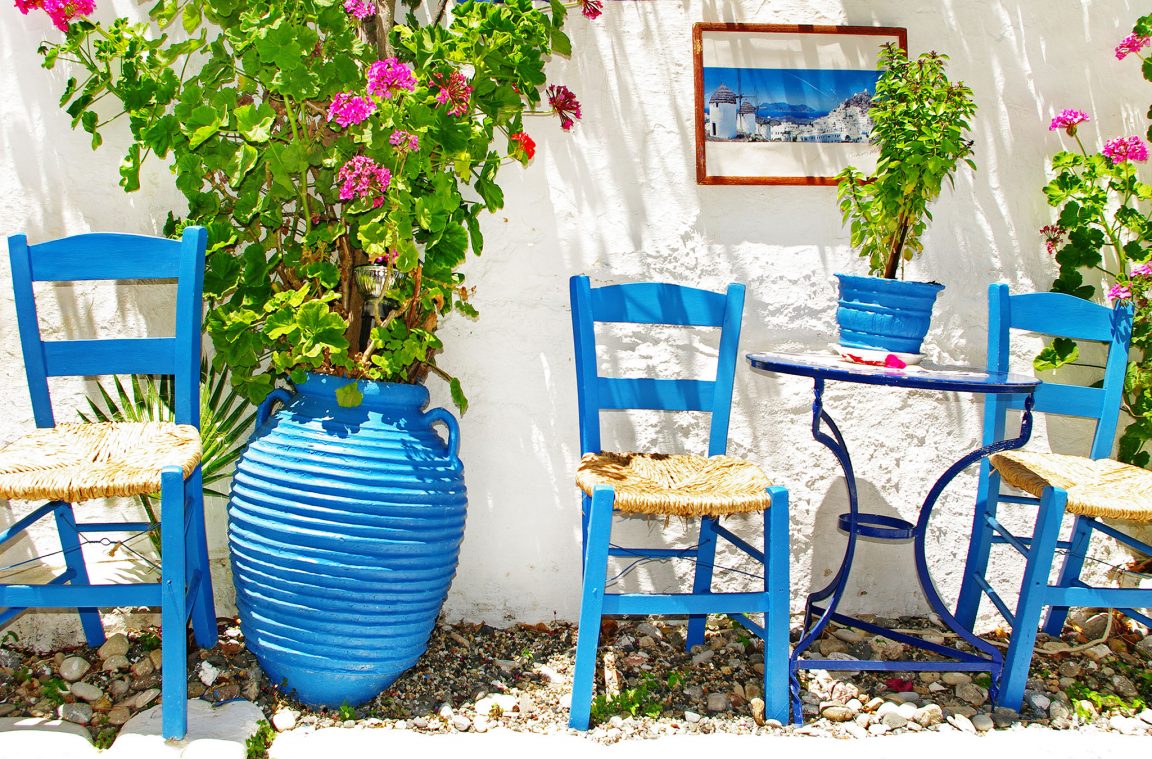 Greek culture is one of the oldest, so its inhabitants have many interesting traditions. In this article, we will tell you about the customs of the Greeks today, both the most modern and those that come from the past.

The customs and traditions of Greece

The Greek tradition of breaking dishes is one of the most striking. This is done at large celebrations like weddings and birthdays, and is done to express joy.

There are several theories of the origin of this custom. One of them is that in the past the newlyweds broke plates at the door of the house to scare away the bad spirits. Another explains that by breaking the dishes, they were made to believe that a violent scene was taking place and, therefore, they fled.

In addition to in restaurants or outdoors, Greeks also sometimes break dishes at home. For this, the hosts purchase earthenware dishes, a kind of clay. 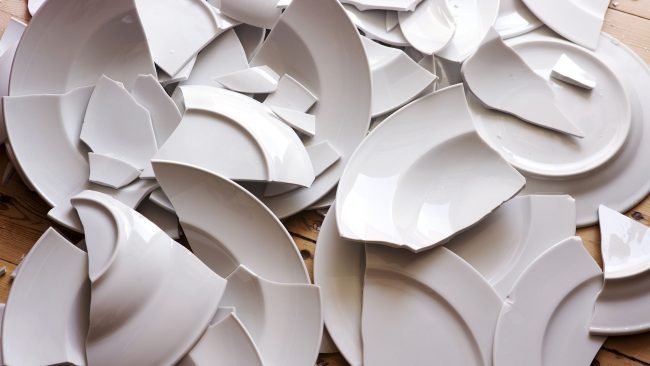 Likewise, a custom of the past was that when a couple had to separate for a time due to, for example, a trip, they would break a plate in half so that, on reunion, they could recognize each other.

During the Christmas holidays, it is typical for children to go around the houses singing Christmas carols in exchange for some candy or money. They usually accompany their singing with small percussion instruments.

Some beings that are said to arrive at Christmas are the kalikántzaroi, some mischievous goblins who go down the chimneys of the houses and are dedicated to scaring people until January 6, when they leave.

Although today many people choose to decorate the Christmas tree, the traditional thing in Greece is to decorate small boats in honor of Saint Nicholas, who is the patron saint of sailors, since Greek culture is closely related to the sea. 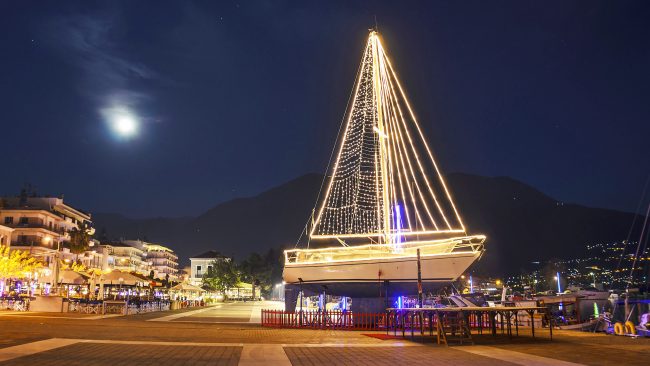 The decoration of boats in Greek Christmas

On New Years Eve, people are used to Play cards. Also, in some areas of the country it is customary to break a grenade to attract good luck.

In the New Year the cake of Saint Basil or vasilopita. Inside it a coin is hidden: whoever finds it will have good luck. It is Saint Basil who, on this January 1, is in charge of bringing gifts to people.

Before the wedding, the groom waits for the bride at the door of the church. In this way, they enter together, holding hands and carrying white candles. In the ceremony, crowns are put on them, as they are the kings of their family.

Greek customs during a wedding celebration

When it comes to exchanging rings, the couple has to do it thrice in honor of the Holy Trinity. Likewise, the priest and the bride and groom go around the table three times.

Once the marriage is contracted, during the banquet, the families and friends of the newlyweds eat together. A typical dance of this celebration is the hasapiko, in which the dancers are held by the shoulders. In this video you can see how it is danced:

The bride usually saves a bit of sugar from which she is removed during the banquet, as this ensures that her new life as a couple will be sweet.

The ancient Greek civilization is one of the most important in history, as the cultures of the Mediterranean are closely related to it. An event that began to be organized from the XNUMXth century BC was the Olympic Games, the predecessor of the modern Olympic Games. During this celebration the wars stopped.

The clothing of the ancient Greeks was a tunic called chiton It had no sleeves and was cinched at the waist. On this was put the himation, a cloak that passed through the left man and crossed.

Slave women wore short hair, while free women had long hair, were waxed and made up, and attached great importance to body hygiene. 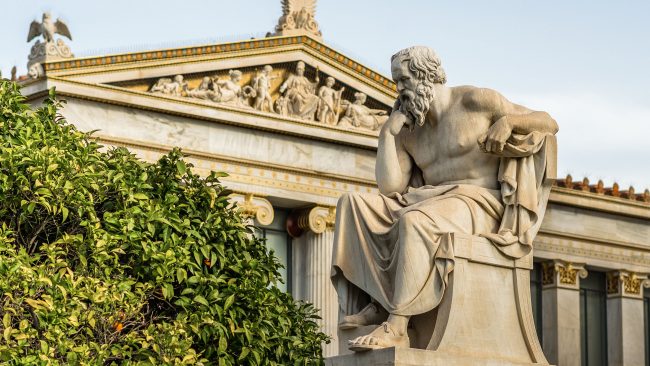 The traditions of the citizens of ancient Greece

A funerary tradition that draws the attention of this time is to put coins in the eyes to the deceased person. This was done because it was thought that when you died you had to cross a river and the only way was for Charon to pass you with his boat. With the coins, the dead person could pay you to take him away.

The vast majority of Greeks are Orthodox Christians. For them, a prominent date is January 6, Epiphany Day, when they celebrate the baptism of Jesus. Likewise, for the Greeks the celebration of the saint is more important than the birthday.

As for superstitions, in rural areas they believe in the evil eye or matiasma. This is created by the envy of a person and produces discomfort. To prevent this, they wear an amulet: a blue eye. 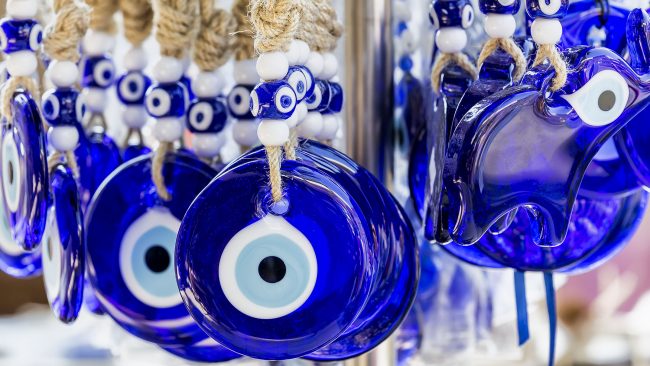 The Greek amulet against the evil eye

Likewise, when Greeks hear bad news, they spit, because in this way they ward off evil. This act is also usually done at weddings and baptisms to bless people.

For Greeks it is important to share meals with family and friends, it is a social event that is carried out regularly. It is not common for food to be left on the plate, as it is considered rude. 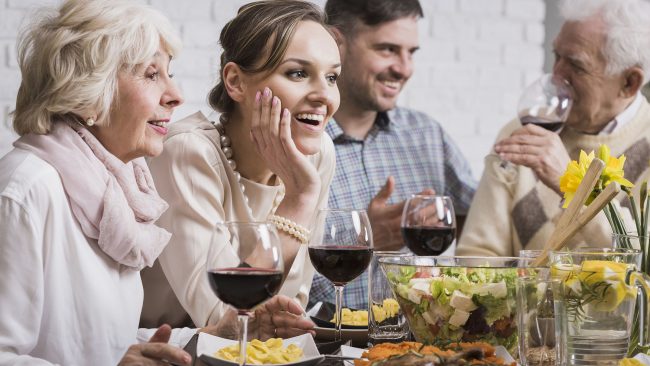 Food: a social event in Greece

The diet of the Greeks is Mediterranean, so it abounds in vegetables and greens, in addition to olive oil. The meat they consume the most is lamb. In addition, they also produce cheese.

Likewise, a part of its gastronomy is also influenced by the typical food of Turkey, since they consume products such as dolmades. If you want to know what the typical greek dishes, we recommend this article: Gastronomy of Greece.

Greeks do not greet with an open palm, as they consider it rude. To greet each other, they shake hands, except for friends and family, who kiss or hug each other. 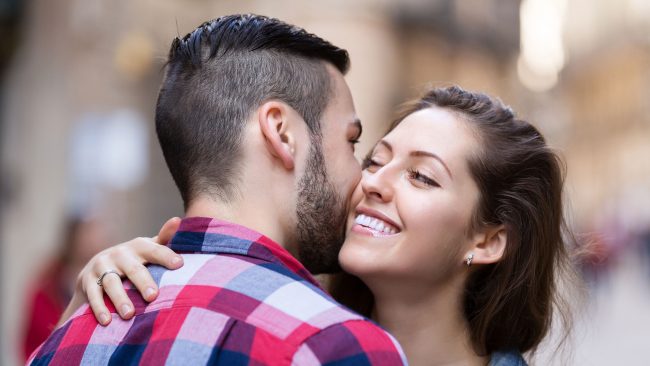 The Greeks and their way of greeting each other

This society is quite hospital. It is thought that this fact is due to the fact that in the past they thought that a stranger could be God, so they always treated him well.

The Carnival, known as Apocries, is an important celebration for the Greeks. This begins ten weeks before Orthodox Easter and lasts for several days. The city with the largest Carnival is Patras, where a huge parade takes place.

Likewise, in some towns they organize events that may seem strange to us. For example, in Galaxidi, the alexropolemos o Flour war, in which all the inhabitants throw flour in the street.

On the same dates, in Kastória, they carry out the Ragoutsaria. In it, everyone dresses in beggars and they go through the streets dancing and ringing a kind of bronze bells.

This article has been shared 174 times. We have spent many hours collecting this information. If you liked it, share it, please:

Share 174
We use our own and third-party cookies that offer us statistical data and your browsing habits; with this we improve our content, we can even show advertising related to your preferences. If you want to disable these cookies, press the Configure button. To keep all these cookies active, press the Accept button. More information in the Cookies Policy of our website.
Setting
Accept and Continue
Manage consents