Transport in London: arriving from the airport and moving around the city 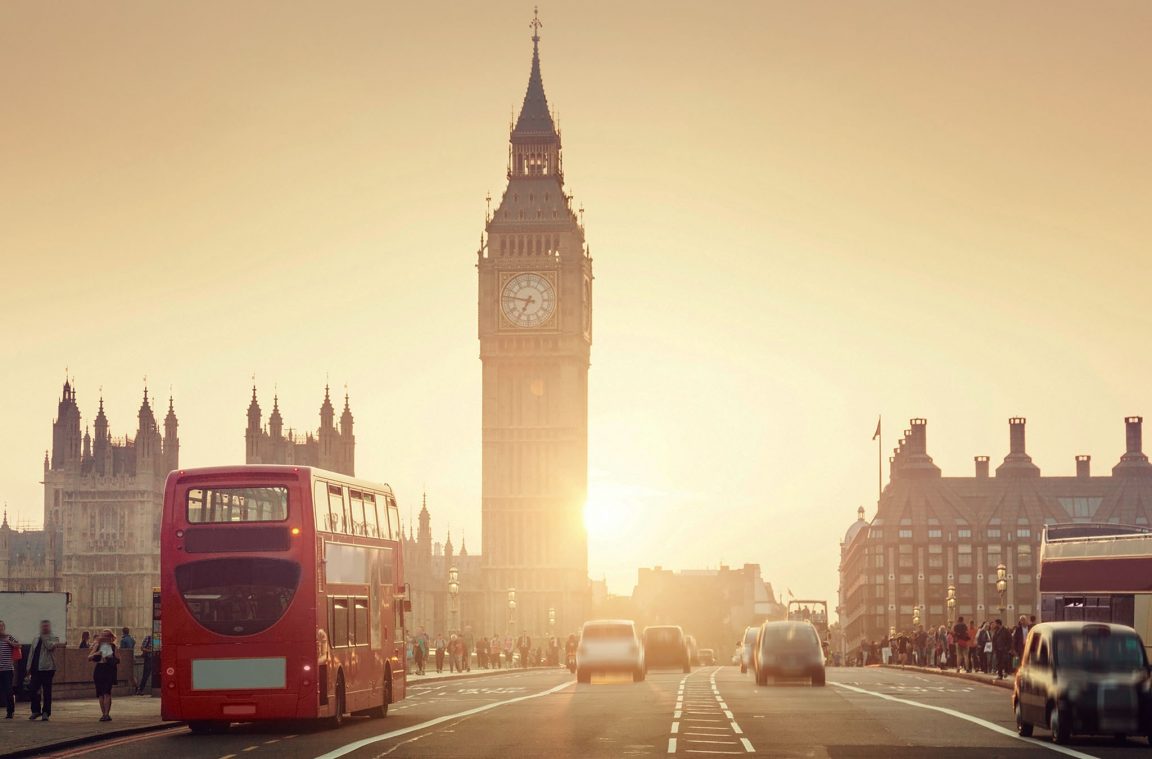 London It is a huge city, so it is necessary to use some means of transport to visit its main attractions. In this article we tell you how to get to the center from the airport, as well as the operation of public transport for tourists and the connection with other cities.

Transport in London: arriving from the airport and moving around the city

Although the public transport of London It is reputed to be quite expensive, it is the best option for tourists, since its connections are optimal and it has a wide variety of rates, some of them very cheap.

El metro, or as it is known in the UK, Underground o Tube, is the option most used by Londoners. Likewise, it is the oldest in the world, since it was inaugurated in 1863. Currently it has a total of nine zones.

It has twelve different lines, which are operational from Monday to Saturday from 5 in the morning until 12 at night. On Sunday, their hours are reduced. There are some lines, such as the Victoria, Central and Jubilee Line, which operate 24 hours a day. 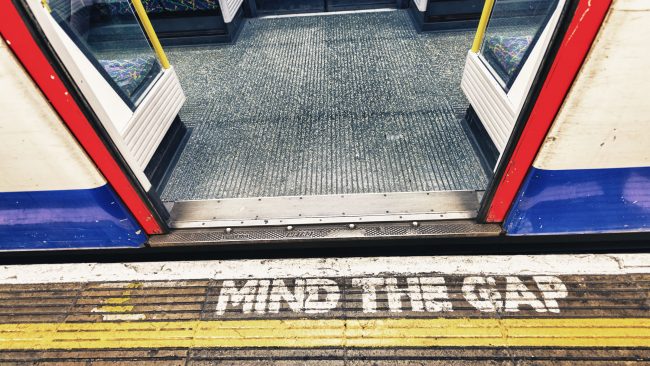 The London Underground and its famous warning

The price of a single ticket is £ 4,9 for zones 1 to 3. However, if you travel with the Oyster card (discussed below) or a payment card contactless or contactless, prices range from £ 2,4 to £ 3,3 depending on how you move between zones 1, 2 and 3.

The other option to move around the british capital is bus. In them you cannot pay the ticket in cash, only with one of the transport or payment cards contactless.

A single ticket is £ 1,5 with the Oyster card. Once validated, you have an hour to take another bus or tram for free. The maximum you can pay with this card is £ 4,5, so once you reach this limit, the rest of the bus trips will be free.

The red bus: icon of London

To request a stop you must press one of the red buttons on the bus, where the sign «bus stopping", Which means" stop requested. "

Accessibility for disabled people is better on the bus than on the metro, as all their vehicles are adapted. In addition, it is a good option to get to know the city, since lines 9, 14, 15 and 22 are considered tourist routes.

In the south of the city we also find trolley car, which is composed of three lines, as well as the network Docklands Light Railway (DLR), which operates in the east and southeast, and is a kind of driverless train.

Likewise, we can also move around the city through its river, the Thames, since London has river transport. The ticket can be purchased at the dock box office, on board or with Oyster cards or contactless. On the other hand, the Woolwich ferry, which connects Woolwich and North Woolwich, is free. 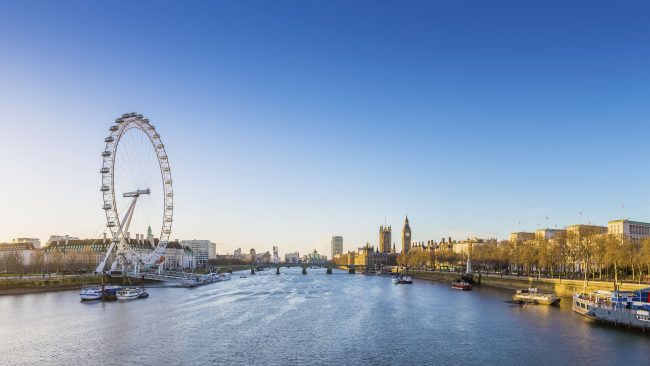 The stops made by the boats, also called river buses or Thames Clippers, are the following:

To use the aforementioned means of urban transport there are different means of payment. One of the most recommended is Oyster Card, an electronic card in which you load the credit in advance. 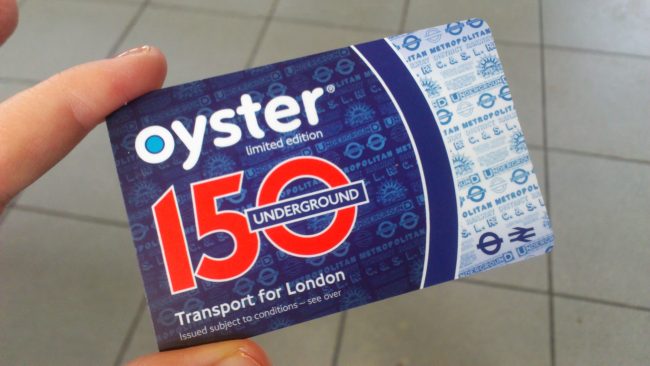 The trips with this card are cheaper than single tickets and, in addition, the card is automatically limited so that, from several trips, the rest are free. It is the best option if you are going to be in the city for a weekend, 3 or 4 days.

This card can be purchased at the train station gatwick airport, Victoria station, Eurostar trains and other establishments. However, you can request it at home before traveling to London. 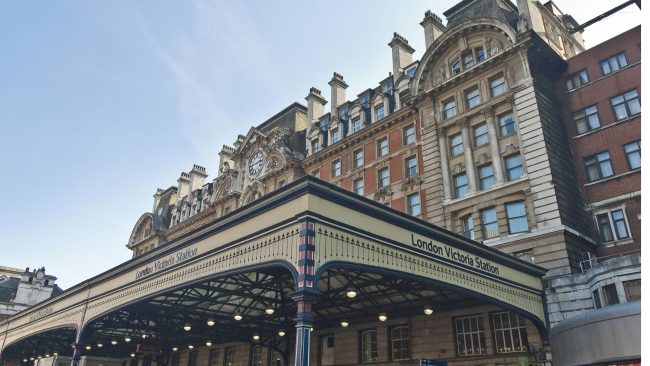 One of its advantages is that if you travel by bus and run out of balance, you can validate an extra trip, but your card will be blocked until you recharge the balance again.

Another payment option is Travelcard. There are them for a day, a week or a year. With it, you pay a fixed price and use all the means of transport you need during the chosen time.

This option is not valid for river transport or for some trains of National Railway. Likewise, its sale is exclusively online. The price for one day is € 15 for adults and € 7,5 for children, while for a week the price is € 40 and € 20 respectively.

All children up to 5 years travel free on all transport options, as long as they are accompanied by an adult with a valid ticket. Up to 10 years they have the same advantage, except for some trains of National rail, which are no longer included. 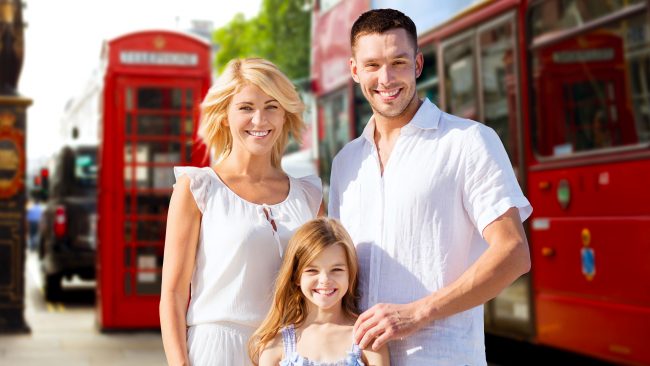 Children 11-15 years old have free or reduced rates, but must have their own Oyster Card with photo and there is an administration fee to pay.

All students over 18s can benefit from a 30% discount on Travelcard of a week, a month or more time. To do this, they must request the photo card «+18 Student Oyster«.

The Pets they travel for free on any public transport, as long as they are stored or leashed. On the train and the metro there is a restriction of a maximum of two dogs per person.

In the time of Christmas, the metropolitan transport is altered. On Christmas Eve, the service is normal until eight o'clock in the afternoon and, from that time, it is reduced. 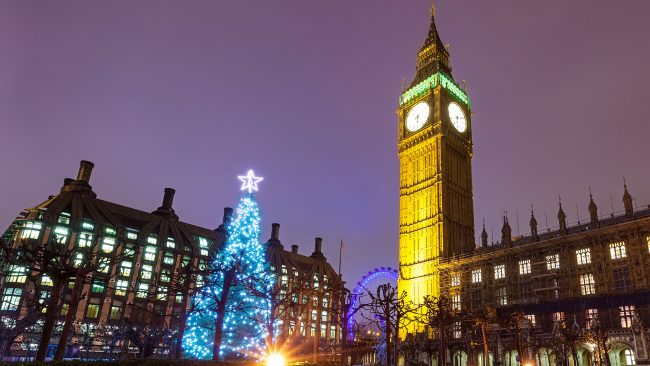 Christmas in London: a magical time

On Christmas Day there is no public transport all day and on December 26 the schedule is Sunday. On New Year's Eve, there is a Saturday schedule and the metro and bus is free between 23:45 PM and 4:30 AM. On January 1, there are Saturday hours on the subway and Sunday on the bus.

In addition to public transport, London has a large fleet of taxis officers. They are black and easy to find in the main points of the city. 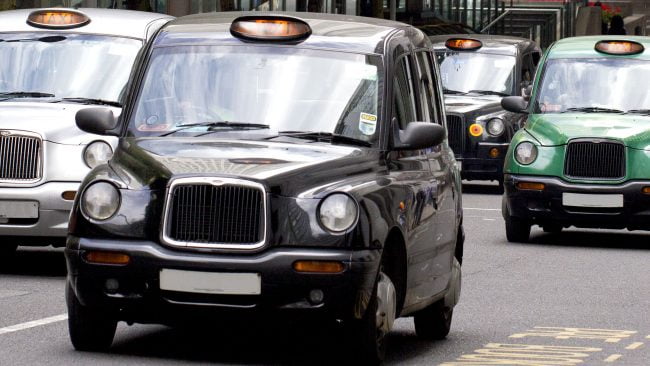 The taxi: the most comfortable means of transport in London

If the «TAXI» sign is illuminated, it means you are free. The flag drop is £ 2,4, from which the meter starts to count. At Christmas and New Year's Eve the rates are higher. Payment by credit card is allowed in some taxis.

Another alternative for travelers is the touristic bus officer, which is called «original-tour«. These buses run on three different tourist routes and have a total of eighty stops.

Tourists who choose this option can get on and off at any stop. During the journey, there is an audio guide in several languages, including Spanish. 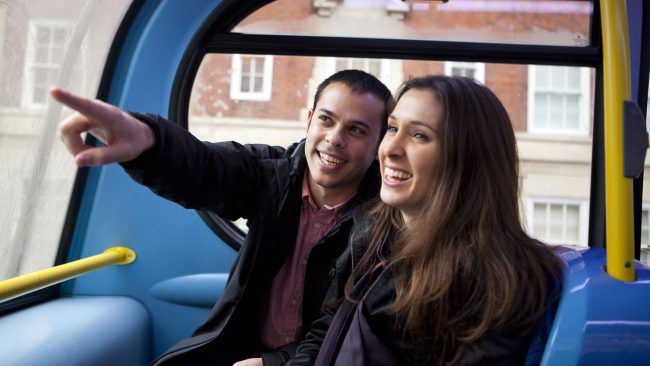 The tourist bus as an alternative to discover London

All airports near London have different alternatives to get to the city center. These are the main ones: 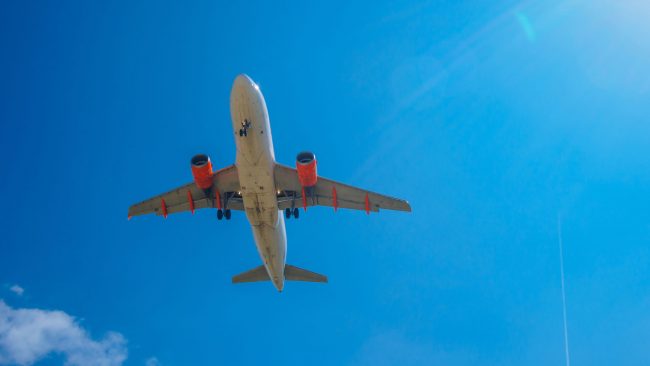 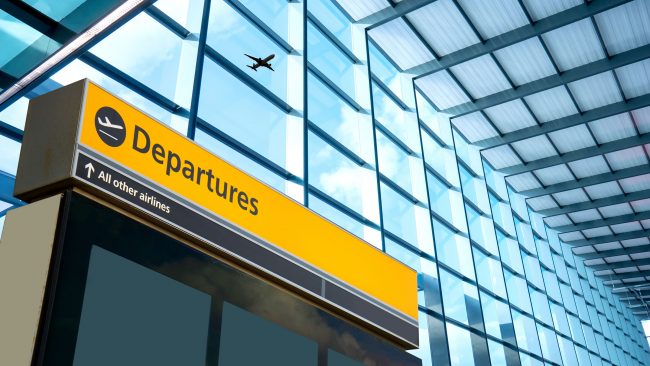 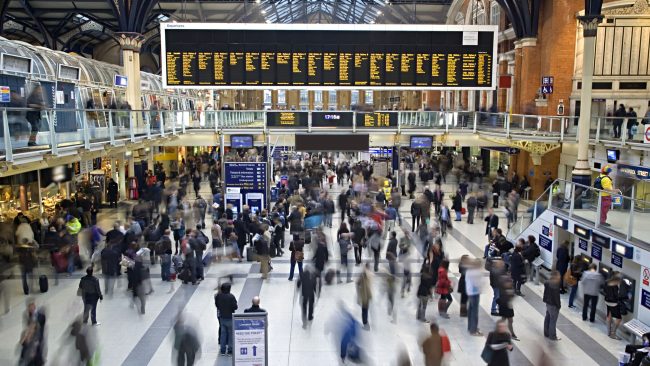 In addition to the services at each airport, we can also choose other alternatives, such as renting a car, taking a taxi or hiring a chauffeur, a high-end private taxi.

Main points of the city

Whether they are near the center or the outskirts, there are some neighborhoods and attractions that are essential in your visit to the city. It is important to know how to get around London, therefore, here is how to get to some of its attractions by public transport: 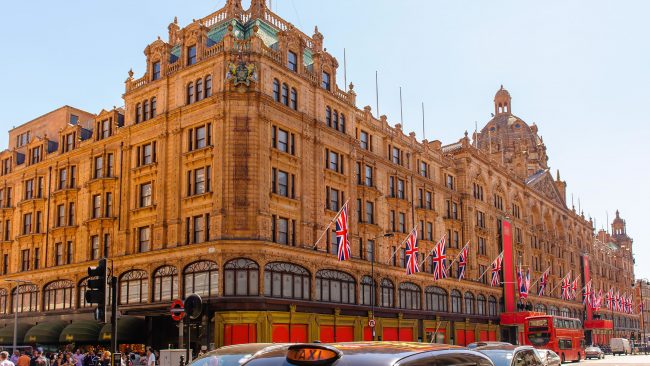 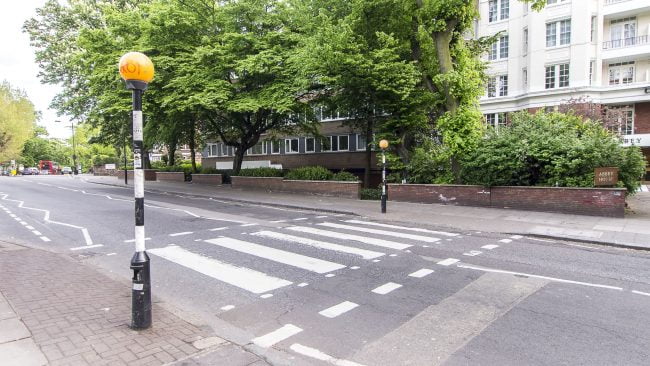 Abbey Road: the most famous zebra crossing in the world 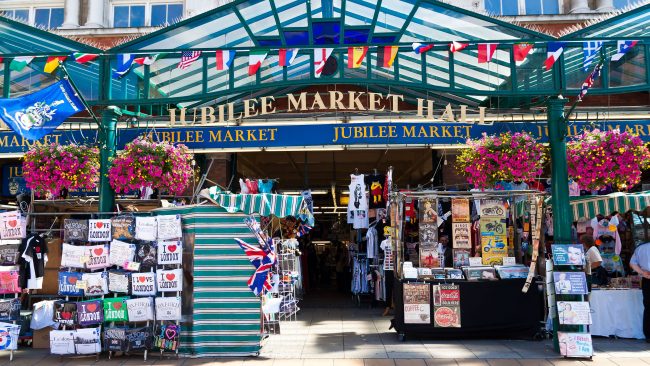 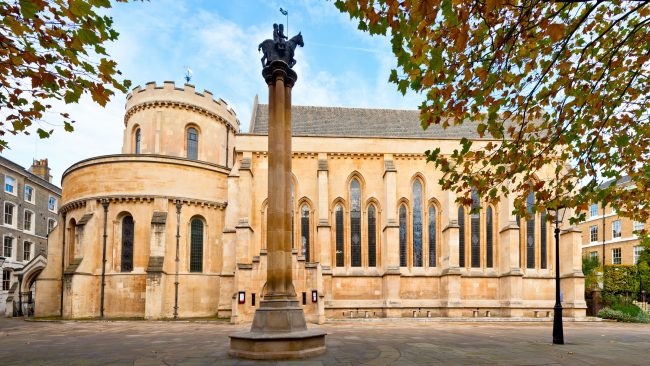 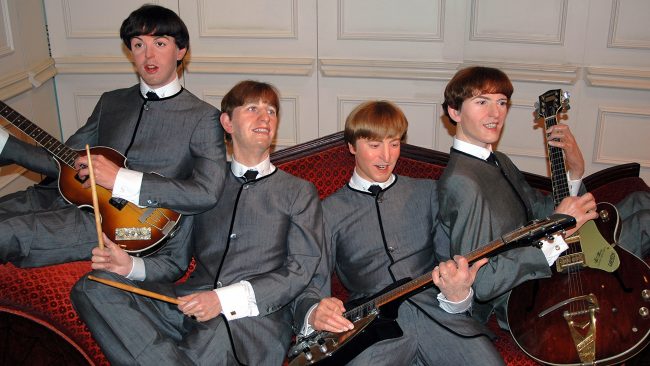 Figures of the Beatles in Madame Tussauds, London - by Axel Schwenke

Connection with other cities

You can take advantage of your stay in the United Kingdom to go from London to other cities, such as Liverpool. In this case, the fastest option is the train, which arrives in two and a half hours.

However, if you want to travel cheap, the best is the bus, although the trip is more than five hours. The companies that make this journey are National Express and Megabus, a vehicle that usually stops in Manchester and Birmingham. 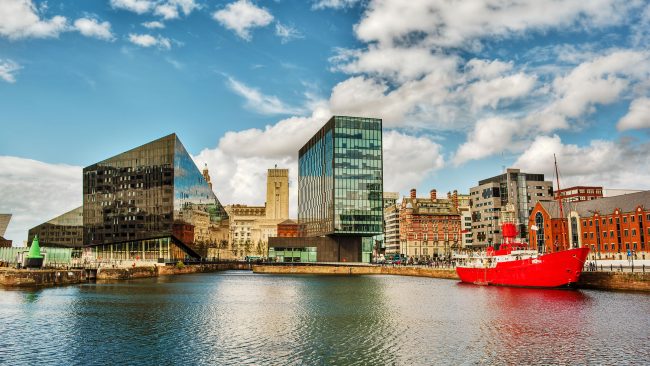 Liverpool: a coastal city in the United Kingdom

Harwich, Oxford and Brighton are also connected to the capital by train and bus. In the case of Oxford andYou can catch the train from Paddington station, or a bus from Victoria.

A somewhat further destination is Edinburgh. You can find flights from Ryanair cheap, whose journey from London is 1 hour and a half. You can also go by train from King's Cross, although it takes between 4 and 5 hours.

If your goal is to go to Bath, you can catch a train from Waterloo or Paddington. Trains to Cardiff leave from the latter station, a destination that can also be reached by National Express or Megabus bus, from the Victoria Coach Station.

To reach Cambridge you can catch a train from Liverpool Street or King's Cross, or a National Express bus from Victoria. We found the same options for Bristol, as opposed to the train being caught in Paddington. 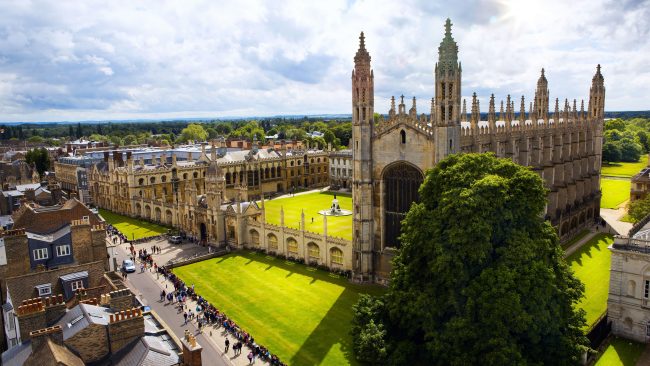 Canterbury can be reached by train from Victoria, Charing Cross or St. Pancras International. You can also take a National Express bus. In the case of Bournemouth, they also have buses with this company, and the train leaves from Victoria.