Ethnic groups of Central America and their characteristics 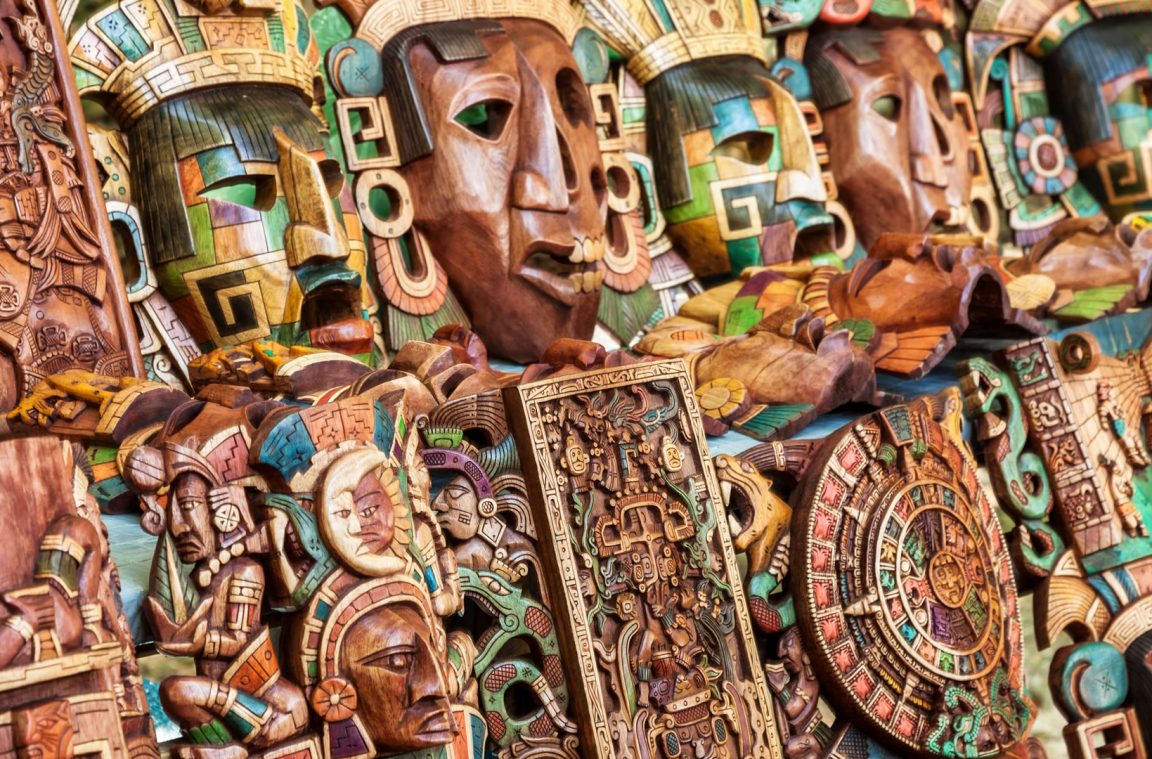 The culture of the ethnic groups of Central America is highly influenced by the Mayans, a primitive group that inhabited these lands thousands of years ago and whose archaeological sites and well-defined traditions are preserved.

Ethnic groups of Central America and their characteristics

The state of Belize acquired the status of an independent country from the United Kingdom in 1981 and its official language is English. Apart from this language, the languages ​​that are also spoken in Belize (although not officially) are Spanish, Mayan and Creole.

Located east of Guatemala and south of Mexico, its inhabitants number 372.000 people, of which it is estimated that more than 30.000 are indigenous populations. Organizations in favor of indigenous groups focus on the Belize National Indigenous Council.

The population as a whole responds to a very diverse ethnic mosaic, among which there are inhabitants who are descended from Africans, Europeans, English speakers, etc., as well as garifunas, whose origins are African and its language is that of the Caribbean. Other natives residing in Belize are: the Maya, the Q'eqchí Maya and the Mopan.

Apart from the indigenous languages ​​mentioned above, Belizean Creole, Quekchi Mayan, Mopan Mayan, Garifuna and Plautdietsch are also spoken, as well as Chinese, Yucatec Mayan and Hindi at the minority level.

The indigenous culture of Costa Rica dates back to pre-Columbian or pre-Hispanic times, when up to eight ethnic tribes lived together in Costa Rica, a country located north of Nicaragua and southeast of Panama.

All these tribal groups are scattered among a total of 24 territories throughout the country and it is estimated that there are up to six indigenous languages ​​of Costa Rica. In the 2011 census, the result was that there were more than 100.000 indigenous inhabitants in the country. 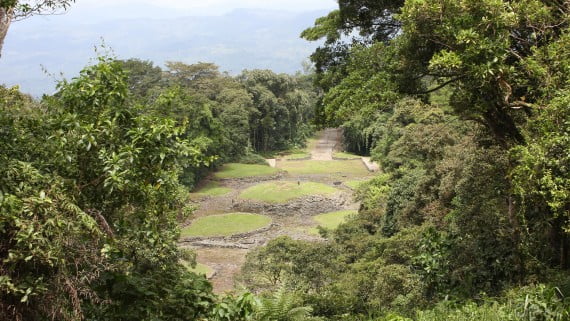 The influence of the ethnic groups of Central America throughout the country is palpable everywhere, even in the vocabulary used by its inhabitants, who have incorporated words from indigenous dialects, such as Poas which refers to a yellow flower that grows near the top of the Arenal volcano.

El Salvador is a country that borders to the north and east with Honduras and to the west with Guatemala. Currently, it is estimated that there are more than 6 million inhabitants in the country, among which three ethnic groups from Central America coexist: the Nahuat-Pipil, the Lencas and the Kakawiras.

Although they still do not have official constitutional recognition, they are immersed in such a process. The Lencas have great influences from their ancestors: the Mayans and the Nahuas. As for the Pipiles, they also largely descend from the Nahua, a fact that can be seen reflected in their language, Nahuatl, a language already spoken by the Aztec people.

The presence of the Pipiles is so important that they gave their name to several lands in the center of the country, such as Cuzcatlán. The indigenous population of El Salvador is considered to retain its deeply rooted original identity. 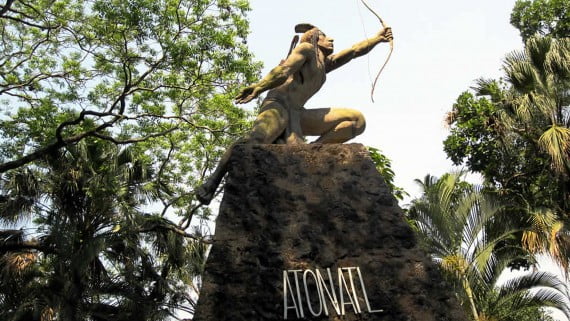 Guatemala is located in the extreme north of Central America and, in its origins, this country was the main focus in which the ancient people lived Maya, especially between the XNUMXth and XNUMXth centuries. In this way, today a large part of the Guatemalan population has indigenous roots, which are manifested above all in their features, as well as in their cultural and social traditions.

The total estimated number of indigenous inhabitants of Guatemala exceeds the figure of 6 million, which means that 60% of the total population of the country is indigenous. This makes it the second country in Latin America with the highest density of tribal population, a list led by Bolivia.

However, this does not mean that they enjoy greater inclusion in state structures. The main ethnic groups in Guatemala are those mentioned below: Achi ', Akateko, Awakateco, Chalchiteco, Ch'orti', Chuj, Itza ', Ixil, Jacalteco, Mopan, Garífuna, etc.

Honduras it is considered a multicultural, multilingual and multiethnic country. The more than 8 million inhabitants that live in the country include a large number of indigenous cultures, many of them afrodescendants.

Similarly, the primitive indigenous people of Honduras come from Asia, who came to America through the Strait of Behring more than 20 thousand years ago.

Typical hacienda of a family from the Pech tribe, in Honduras - by Inti Martínez Alemán

By number of inhabitants, it is estimated that nine main indigenous groups reside in Honduras, namely: Lencas, Pech, Tawahkas, Maya-Chortis, Garífunas, Isleños, Misquitos and Nahuas, although it has not been possible to collect information on the latter group detailed. Creoles also live in the country and their native language is English.

Nicaragua borders Honduras to the north and Costa Rica to the south. The Nicaraguan people are multi-ethnic in nature and their official language is Spanish. Of the total population of the country, 8,6% self-identify as indigenous or as members of some indigenous community.

The native inhabitants of Nicaragua are the result of a mixture between Spanish, English, African and aboriginal of America from the pre-Columbian period. Its current culture is characterized by the possession of a series of traditional dances and a native music, as well as specific culinary and religious habits. 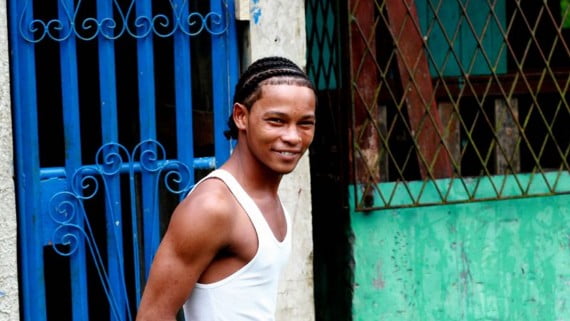 The Creoles of the municipality of Bluefields, Nicaragua - by Chelle's view

They are distributed between the Pacific coast, the center of the country, the north and the Caribbean area. Thus, the most prominent tribes are, among others, the Creoles and Garífunas, of Afro-Caribbean descent.

In the Department of Masaya there are also the indigenous peoples of Monimnó, San Juan de Oriente and Nindirí, all of them of Chorotega descent. In Rivas there is also a great diversity of aboriginal groups, such as the San Jorge, Nancimí, Ostional, etc.

Panama is located in the extreme southeast of Central America and, currently, it is a country made up of about 3 million inhabitants, of which 5% belong to an indigenous group.

Children of the indigenous group of the Wounaan - by Mónica Mora

Although these populations are found throughout the country, they stand out especially in the territories of Chiriquí, Bocas del Toro and the forests of the Province of Darién.

In short, Panama today has a total of seven ethnic groups in Central America: the Embera, who are also among the indigenous people of South America; the Wounaan, who are culturally very similar to the Embera; the Guna, who live mainly in the Kuna Yala region; the Bugle, the Naso, the Bribri and the Ngäbe.

This article has been shared 115 times. We have spent many hours collecting this information. If you liked it, share it, please:

Share 115
We use our own and third-party cookies that offer us statistical data and your browsing habits; with this we improve our content, we can even show advertising related to your preferences. If you want to disable these cookies, press the Configure button. To keep all these cookies active, press the Accept button. More information in the Cookies Policy of our website.
Setting
Accept and Continue
Manage consents