Ethnic groups of South America and their characteristics 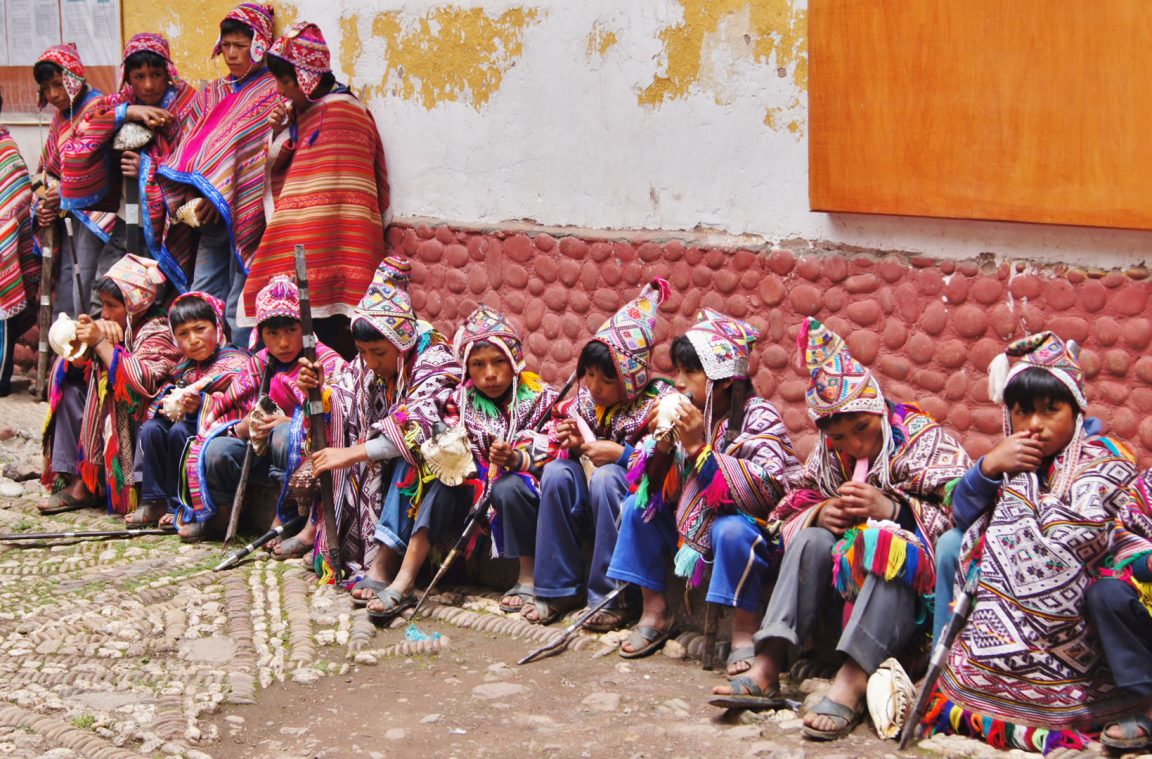 The ethnic groups of South America or Amerindians were the first people to inhabit the south of the American continent thousands of years ago. Even today there are still communities o indigenous tribes throughout the subcontinent, each with its own language, customs and beliefs.

Ethnic groups of South America and their characteristics

The first indigenous settlements in Argentina date from about 8.000 years ago and were mainly in Ayamapatín (Córdoba), Inti Huasi (San Luis) and Tafí (Tucumán). The numerous investigations on these ancestral groups have demonstrated that these communities lived fundamentally of the stone and the ceramics.

It has also been shown that the civilizations of La Aguada (650-800 years ago), a territory that is located between San Juan, La Rioja and Catamarca, lived largely by growing corn and working with bronze.

To this day, the National Institute of Indigenous Affairs (INAI) registers the existence of various indigenous communities in Argentina, being the largest by number of inhabitants that of the Ava Guarani. This group is located mainly in Jujuy and Salta and the population is over 17.000 inhabitants. 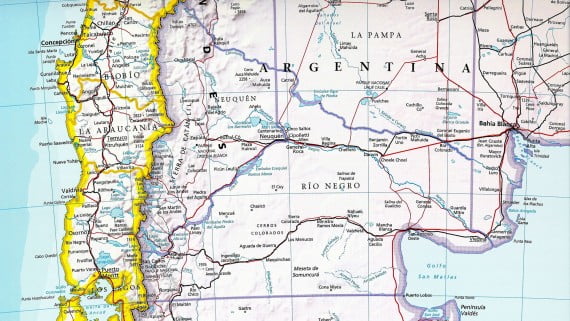 Map of Argentina - by Douglas

The vast majority of tribal communities live from sedentary intensive agriculture with irrigation and artisan work. For example, the comechingones make use of artificial irrigation and the cultivation of cereals in underground silos. They also raise llamas and gather fruits.

Currently, 33 ethnic communities coexist in the Plurinational State of Bolivia. These are distributed throughout the country: from the Andean mountains it runs through the plains of the Chaco. Thus, in the northern part of the country, the Quechua and Aymara people stand out in terms of number of inhabitants, who are directly descended from the Inca civilization.

The indigenous groups Eastern Bolivians have struggled for many years to be recognized by the Government and, since the 80s, these peoples are visible when one thinks of Bolivia as a State, hence the official name as the Plurinational State.

Guaraní communities also coexist in Bolivia, which are concentrated especially between Río Grande (Santa Cruz) and Río Bermejo (Tarija), on the border with Argentina. 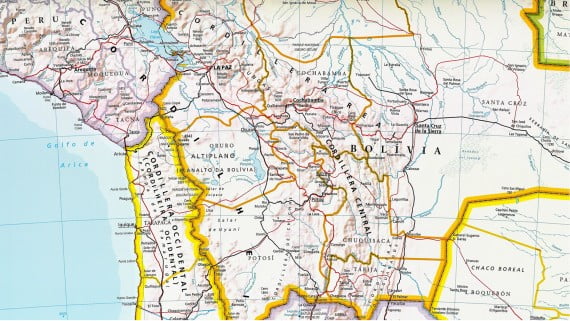 Map of Bolivia - by Douglas

It is estimated that there are about 250 Guaraní communities distributed among the departments of Tarija, Chuquisaca and Santa Cruz. The communal organization of the Guaraní works by following traditional criteria. The Guarani workers are concentrated in large estates, where groups of families whose economic system is based on debt coexist: they work on the estates until they pay their debt contracted through money or species called hitch.

The indigenous groups of Brazil make up 0,4% of the total Brazilian population and there are currently 240 indigenous tribes in Brazil, whose members add up to a total of almost one million people. The Brazilian Government, for its part, has recognized up to 690 territories destined for the life of its indigenous people, of which the vast majority are located in the Amazon.

However, there are also indigenous Guaraní and Kaingang communities in the savannas and the Atlantic forests of the south, as well as in the interior of the Northeast, such as the Tupinambás and the Pataxo hã hã hães, who were the first Brazilian inhabitants to enter in contact with the European colonizers around the year 1500. The Kamayura, located in Mato Grosso, the Quechua and the Aymara also stand out. 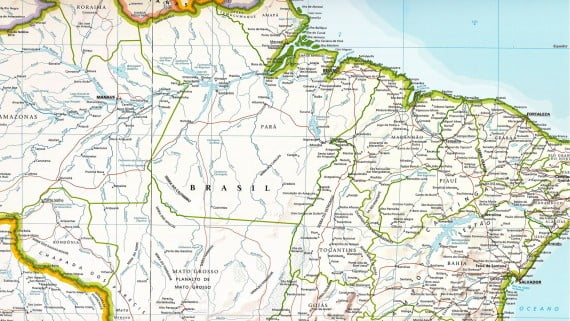 Map of Brazil - by Douglas

Despite the fact that they have been in contact with Brazilian society for centuries and centuries, which is in a continuous process of expansion, most indigenous groups preserve their own culture, which includes both language and customs.

The guarani they are the most numerous indigenous people, with 51.000 registered inhabitants to date. Precisely because they are the largest group, they have lost much of their traditions, so many communities live in overcrowded reservations or even in makeshift canvas shelters.

However, there are also other minority groups that were not recognized in said Law, such as the Aoniken or Tehuelches and the Onas or Selkman of Tierra el Fuego, who practically became extinct in the 700.000th century. In this way, the indigenous Chileans add up to a total of almost 5 inhabitants, which translates into almost XNUMX% of the total population.

The Mapuches are the largest tribe, followed by the Aymara and the Atacameños. The groups aymaraFor example, they are located in the Visviri plateau to the north and also in the Huasco Lagoon, as well as by the Lluta and Azapa rivers.

The cultural heritage of this group stands out especially for its language, its religiosity, its modes of expression and its knowledge of nature. The Quechuas, for their part, are basically defined from their language, that is, the Quechua language, and coexist between the areas of Ollagüe and the San Pedro River.

The indigenous communities of Colombia have been census and the result obtained has been that of 87 peoples, which contrasts with the figures of the National Indigenous Organization of Colombia (ONIC), which affirms the existence of a total of 102 ethnic groups in Colombia .

Colombia's cultural richness could not be appreciated without taking into account precisely the indigenous groups that coexist there, their own languages, customs and worldviews, that is, ways of understanding life. In the Amazon area It is where more indigenous peoples exist, namely: the Andoke, Bora, Barasana, Cocama, Inga, Karijona, Kubeo, Letuama, Makuna, Matapi, Miraña, Ocaina, Yagua, Yakuna, Yuri ...

In the department of Antioquia there are the Emberá, Emberá Chamí and Emberà Katio, as well as the Senú and Tule.

At present, it is estimated that there are 13 indigenous nationalities with a presence in Ecuador, each with its own language and culture. The Kichwa stand out, who maintain deep-rooted dialect customs and economic activities.

The Manta, Huancavilca and Puná peoples, which are located on the coast, have developed a recovery of their identity in recent years, although, nevertheless, they have not been able to preserve their ancestral language. There are also some peoples that have no contact with the national society, such as the Tagaeroi, the Taromenane and the Oñamenane, who are also found in the areas of Orellana and Pastaza, in the Amazon.

We basically distinguish three geographical areas in which there are numerous indigenous groups: those located on the coast, those located in the Amazon and those found in the mountainous area of ​​the country. On the coast, the Awá, the Chachi, the Epera, the Tsa'chila and the Huancavilca stand out, among others.

In the Amazon area we can name the Sequoia, the Huaorani, the Achuar, the Siona ... Finally, within the mountains we find the Karanki, the Natabuela, the Otavalo ...

The forests of Guyana are the means of subsistence and even the way of life of the indigenous groups of Guyana, who make a traditional use of the forest lands and live from rotational agriculture. The problem these groups face is the high annual rate of deforestation.

Of the almost 800.000 inhabitants of this country, 68.812 are indigenous, that is, 9,2% of the total population. Groups such as the akawaio, lokono, arekuna, kariña, makushi, patamona, waiwai, wapishana, warau stand out. These groups of Amerindians suffered from slavery when the European colonizers arrived in America. 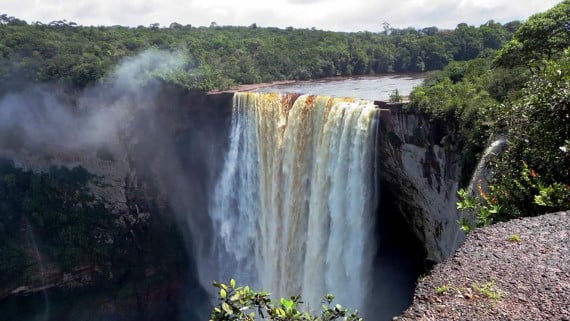 Of the groups mentioned above, the largest are the Lokono, with a total of 16.000 inhabitants. In 2006, the Government of the country drew up the Amerindian Act, by means of which it was intended to "pave the way for the Amerindians in social, economic and political aspects."

The indigenous people of Guyana live in a practically virgin ecosystem, due to the fact that they remained isolated until the end of the XNUMXth century and the sustainable use that these people made of the resources.

The indigenous peoples of Paraguay have increased their population numbers in the last two decades, from almost 40.000 to more than 80.000. Of these figures, the masculinity index stands at 52% compared to 48% for women. Currently, the national census records 20 different ethnic groups that inhabit the country, which are divided mainly by linguistic families. 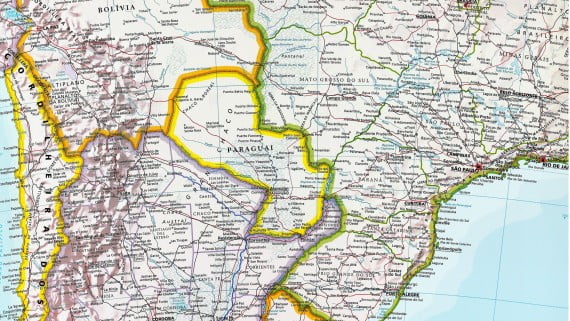 Map of Paraguay - by Douglas

The second linguistic family is that of the Maskoy language, within which are the Riacho Mosquito, Castilla, Boquerón Kue, etc. Other linguistic families are: Mataco Mataguayo, Zamuco and Guaicuru. The culture of these groups is based on pride in their indigenous roots and the ability to survive in very precarious conditions.

In Peru there are a large number of indigenous peoples: a total of 54 communities have been identified by the Peruvian Vice Ministry of Interculturality. Of all these peoples, it is estimated that at least 15 of them are in a situation of isolation.

Ethnic Groups of Peru - by Frank_am_Main

The indigenous people currently living in Venezuela have adopted many of the customs of modern society, but they also keep their ancestral customs alive. They are mainly affected by the impact produced by the country's economic activity.

In its origins, Suriname was actually a dutch colony. Over the years, it has become a multi-ethnic country whose inhabitants have reached the number of 400.000 in total.

Among the Kari'ña, the Trio, the Wayano, the die Akurio, etc. There are some 25.000 indigenous citizens who keep their ancestral customs alive and are mainly engaged in agriculture, fishing and hunting. In addition, its communal structure continues to be that of its beginnings.

The indigenous peoples of Suriname have not yet obtained recognition from the government, which means that they do not have legal protection and do not have the official status of indigenous community.

This article has been shared 151 times. We have spent many hours collecting this information. If you liked it, share it, please:

Share 151
We use our own and third-party cookies that offer us statistical data and your browsing habits; with this we improve our content, we can even show advertising related to your preferences. If you want to disable these cookies, press the Configure button. To keep all these cookies active, press the Accept button. More information in the Cookies Policy of our website.
Setting
Accept and Continue
Manage consents