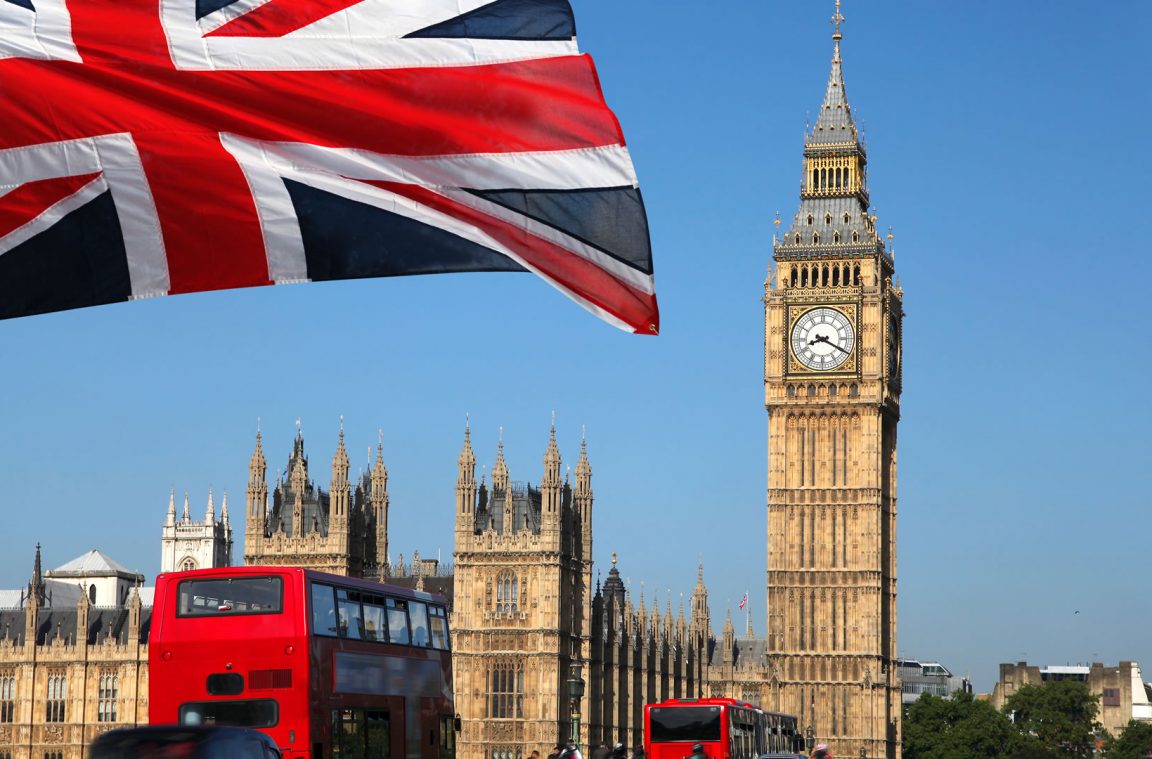 London It is the capital of the United Kingdom and is considered, with its 7,7 million inhabitants, the largest city in Great Britain and Europe. London is a multicultural city in which hundreds of races, cultures and religions coexist apart from the white race. Below you can find out what is the economic, political and cultural situation of the British capital.

Of all the cities that make up the UK, London stands out for being the only one that maintains stable economic levels along with the southeast of the country. Between 2007 and 2011, Great Britain experienced negative economic growth coinciding with the global financial crisis that affected the economies of virtually the entire world in 2008.

However, the economics of the british capital increased by 12,4%. Despite this growth, the effects of the crisis were noticeable in the employment rate: almost 60.000 people were laid off in the finance sector in 2008. To date, 1.500.000 people have a job . The crisis has mainly affected Londoners living abroad, as they have seen their purchasing power drop by up to 30%.

Regarding the real estate sector, in 2013 the cost of housing in London reached up to 500.000 pounds sterling, which is equivalent to twice the national average cost. This is largely due to Londoners' salaries being up to 30% higher than the rest of the UK.

London's poorest citizens have been hit the hardest by the financial crisis, and today up to 40% of London children from low-income families live below the poverty line.

In short, London is one of the main economies on a world scale and is the city that dominates the UK economy in general, among other reasons because it contributes 20% of the national GDP. 85% of their jobs are in the service sector, specifically banking, the stock market and insurance. So much so, that the London Stock Exchange is in the top 3 of all world stock exchanges.

The area of ​​London with the highest concentration of jobs is the City, known as The Square Mile. As mentioned above, 85% of jobs in London correspond to the service sector, where banking, insurance and the stock market stand out. In industry, the sectors that are booming are the energy industry, the food industry and the printing-publishing industry.

London is home to a large number of multinationals, to know: Shell, HSBC Holdings plc, GlaxoSmithKline and a good number of conventional airlinesAs British Airways, and that transport millions of passengers each year. The maritime sector is also of utmost importance to the city's economy since the Great Fire of 1666, since it was the time when the need to insure ships, cargo and other types of vessels arose. This was the origin of the bank Lloyd's of London, known simply as Lloyd's.

The tourism sector, the media and advertising are also relevant to the economic situation of the city. The importance of tourism in London can be seen in the more than 280.000 jobs it occupies annually. The BBC and other media such as Reuters or Pearson, among others, as well as some giants of the advertising sector such as WPP employ millions of people.

With all this, the unemployment rate in London is currently below 8%, although it is worth mentioning that in North London this rate is somewhat higher due to the fall in the industry. For this reason, thousands of Spaniards and citizens of other European countries where the unemployment rate reaches levels above 26% emigrate to London each year in search of job opportunities. 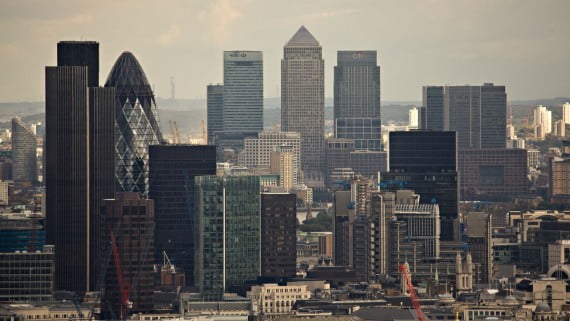 London's City or The Square Mile - by Michael Duxbury

London is currently a city multicultural and multiethnic in which white citizens occupy 45% of the population according to the 2011 census, so that, contrary to what one might think, they are a minority. In fact, London has been a city of immigrants since the XNUMXth century, when the Huguenots, French Protestants who settled in London during the wars of religion, arrived in the British capital.

Throughout the XNUMXth century, immigrants of other nationalities arrived: Irish, Polish and Russian Jews, Asian Chinese and Indians, Jamaicans, Pakistanis, Bengalis, Africans, Vietnamese and foreigners from Eastern Europe and the Balkans. This has resulted in a mixture not only racially, but also religiously, linguistically and lifestyle.

In addition, today thousands of foreigners also emigrate from other European countries, especially qualified young people who do not find job opportunities in their country of origin. In 2014, 260.000 people from Europe emigrated to London, which meant that this situation had to be regulated by the British Government; thus, foreigners who cannot find a job for six months will have to leave the country.

London's local authority has varied over the years since the XNUMXth century, when it managed only the county of London or London county. Later, in 1965, the creation of the Greater London under the command of Greater London Council (GLC). This institution was dissolved in 1983, so that power was distributed among the different neighborhoods of the city, which gave rise to innumerable conflicts.

Thus, with the entry of Tony Blair in 1998, a referendum was organized in which the citizens of London voted for the election of a mayor. In this way, the first mayor of London was Ken Livingstone, who ruled between 2000-2008. He was defeated in 2008 by the current Mayor of London, Boris Johnson, who was re-elected in the 2012 election. Johnson was a member of the House of Commons from 2001-2008 and is part of the Conservative Party o Tory.

Currently, the mayor manages the city together with the Greater London Authority (GLA), which is made up of 25 members among whom strategic local development plans are designed and the budgets to be allocated annually. Services such as the police, firefighters, transportation, etc. They are managed by the GLA, which is also in charge of collecting taxes. 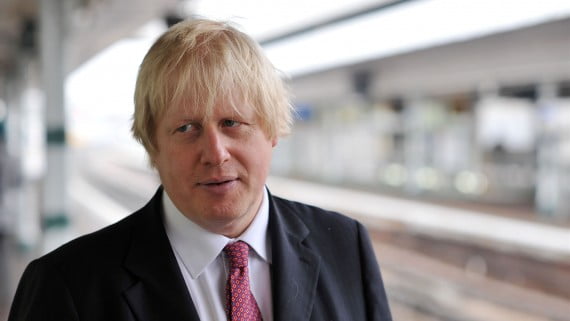 La Queen isabel II she is the current monarch of the United Kingdom. She was crowned on June 2, 1953 at 25 years of age and currently has 62 years at the head of the British royaltyShe was the second Queen of England to celebrate her Diamond Jubilee, after Queen Victoria in 1827.

The reign of Elizabeth II has been marked by the unifying character of the Crown and the gradual transformation of the British Empire into the Commonwealth of Nations. The Queen has always traveled around the world in order to bond with subjects of other cultures and races.

Elizabeth II married the Duke of Edinburgh in 1947 and, as a result of this marriage, four children were born: Carlos, Ana, Andrés and Eduardo (in chronological order). Prince Charles is the heir to the throne and the most talked about since his marriage to the late Diana of Wales, better known as Lady Di, who died in 1997 in a controversial traffic accident. Lady Di and Prince Charles had two children, Prince William, married to Kate Middleton since 2011, and Prince Henry.

As we indicated in our article Budget to travel to London, the capital is a expensive city and therefore the standard of living is above that of other European cities and even other UK cities. For example, the average salary of an employee from London may be 30% higher than that of an employee in the same job in another area of ​​the UK.

Thus, for example, renting a single studio costs an average of £ 450 / month per person and £ 600 / month if it is a double studio. This translates to an average of € 620-850 per month, which differs greatly from average rental prices in other European countries. To these prices must be added the payment london tax. 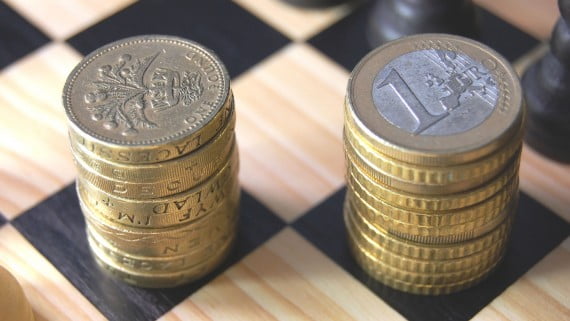 The standard of living in London
By: Sandra Fernández