The 10 most famous volcanoes in the world in stunning images 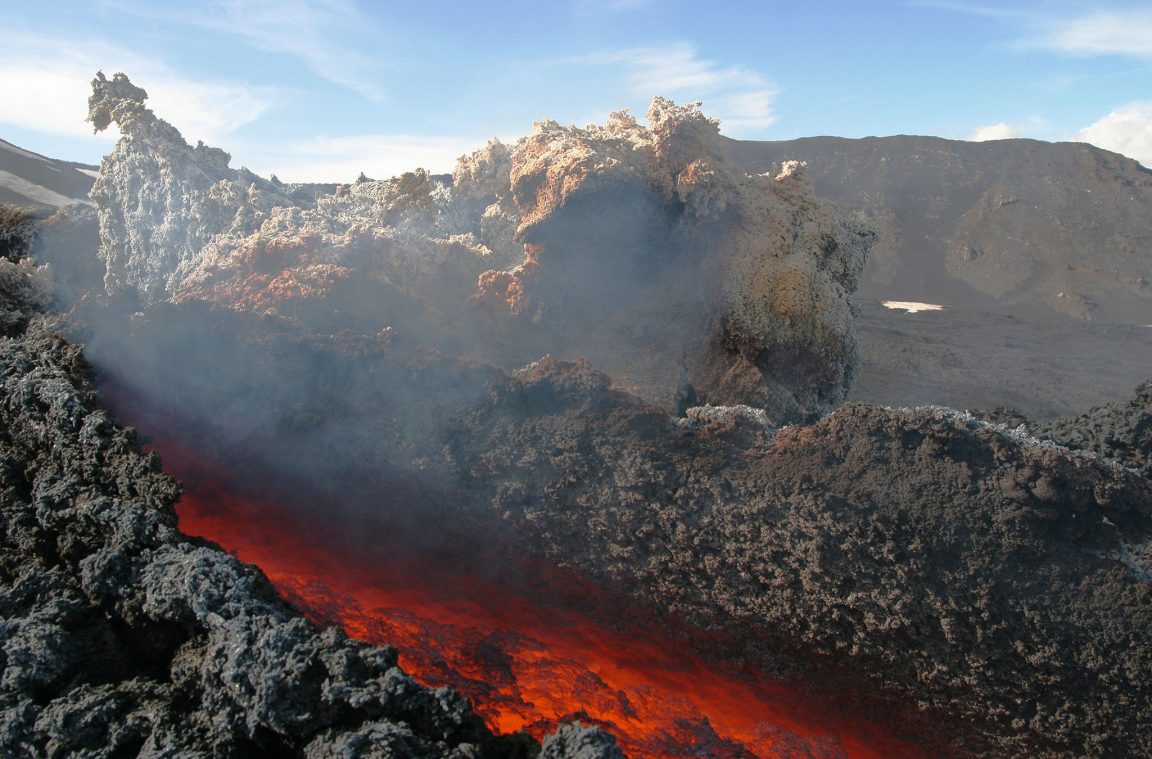 There are numerous volcanoes that we can find throughout the world. However, due to its history, its size or its activity, there are several that stand out from the rest. In this article, we will talk about some of the most important ones ordered from least to most relevance. Which volcano is most active today?

Mount Tambora is located in Sumbawa, Indonesia. In 1815 there was an eruption that killed 60.000 people. In addition, the gases that it expelled into the atmosphere caused temperatures to be lower in 1816. Therefore, at that time it is known as the year without summer. 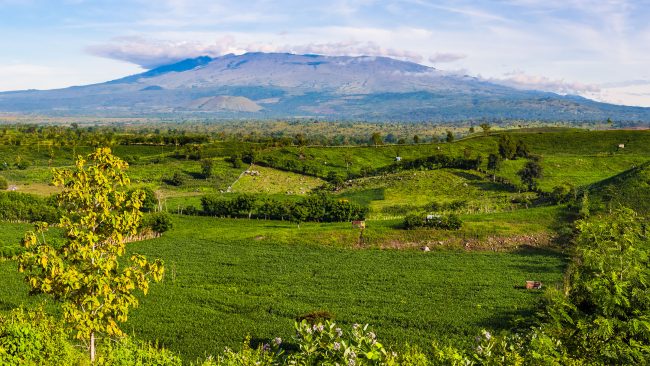 The Tambora volcano and the year without a summer

Mauna Loa in Hawaii is the volcano of larger size on the earth's surface, it is 4.169 meters high. However, it is not the largest in the world, about which you can find information in the following article: Location and curiosities of the largest volcano in the world. 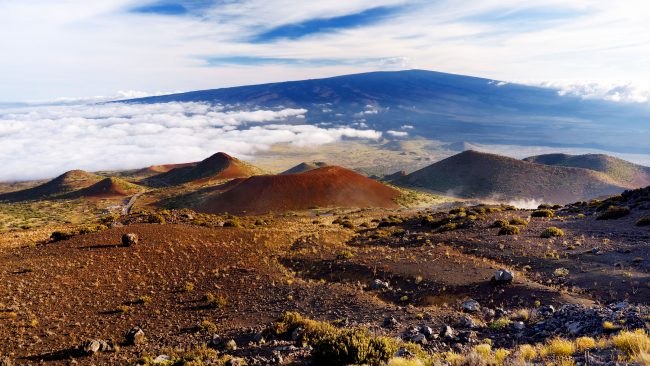 The impressive dimensions of the Mauna Loa volcano, in Hawaii

Mount Saint Helena is located in Washington, United States. Its most prominent eruption is that of May 18, 1980, which destroyed important infrastructure and claimed 57 deaths. 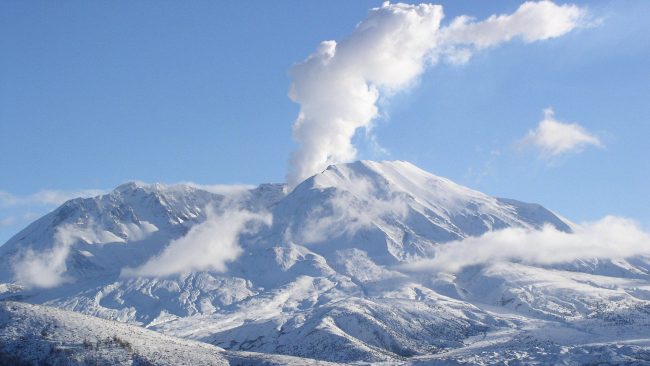 Krakatoa is a volcano and island that, due to the great eruption of 1883, was practically destroyed. In addition, this event resulted in 36.000 fatalities. In 1927 the same island arose in the same place called Anak Krakatau, which translates as Son of Krakatoa. It is thought that in the future there will be a new eruption. 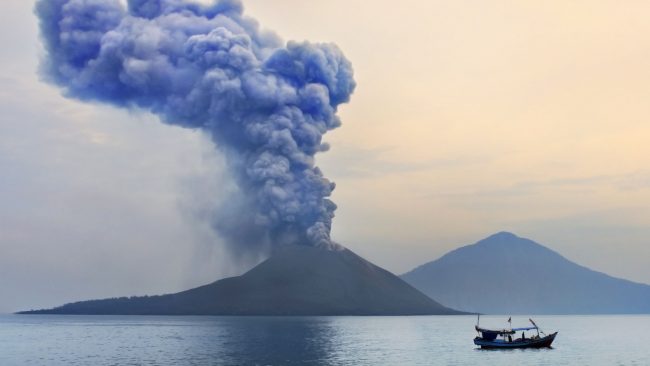 Anak Krakatau: the son of the Krakatoa volcano

Vesuvius is a volcano located 9 km from Naples, in Italy. It is famous for the eruption that took place on August 24, 79 AD and which buried the populations of Pompeii and Herculaneum. In the case of Pompeii, the ash caused the remains to be preserved for thousands of years. 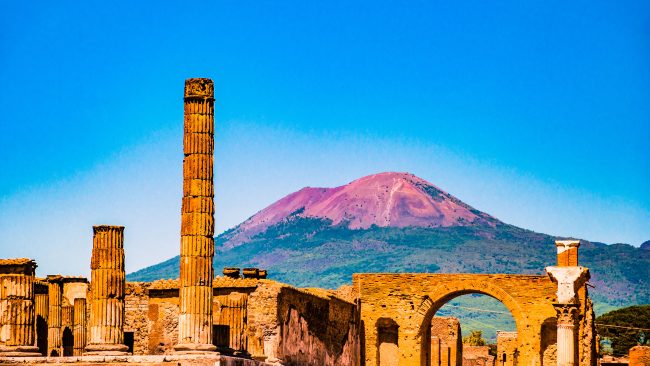 Vesuvius and its historic eruption

The Popocatptl volcano, in Mexico, is active and has a height of 5.500 m. Since its reactivation in 1997, there have been several eruptions, making it dangerous for the surrounding populations. If you want to know other volcanoes in the country, we recommend this article: The 15 most important volcanoes in Mexico. 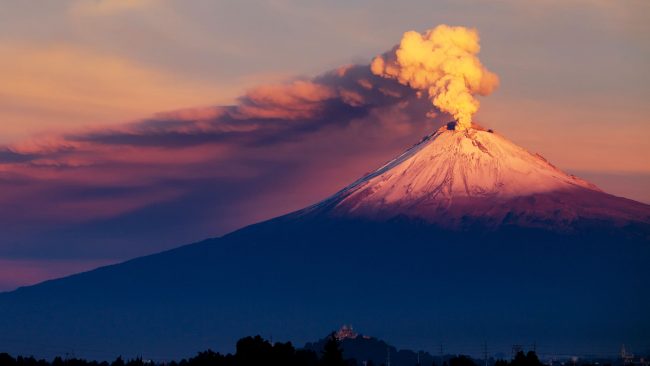 The restricted passage to the Popocatépetl volcano, in Mexico

Kilimanjaro, in Tanzania, is made up of three dormant volcanoes: Shira, Mawenzi, and Kibo. With 5.895 m high, it is the mountain highest of Africa, which makes it a symbol of the continent. 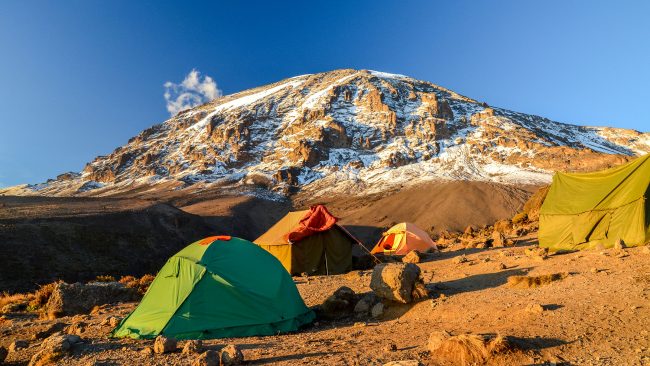 Kilimanjaro: three volcanoes in one

Mount Etna, in Sicily, Italy, erupts every few years. However, around it we find numerous populations, since it is not considered too dangerous. It has a height of 3.330 m. 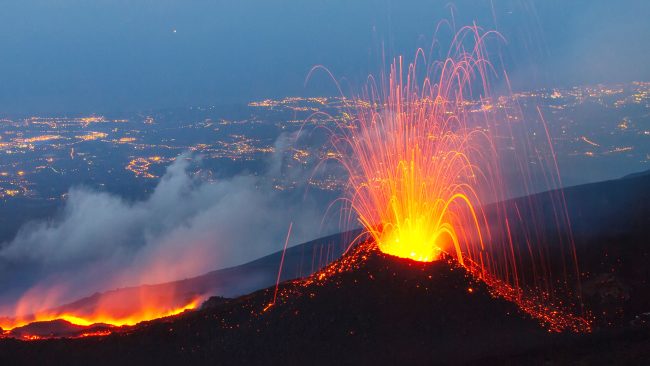 The continuous eruptions of the Etna volcano, in Italy

Mount Fuji is around 3.700 m high, making it the highest point in Japan. It is considered sacred and, therefore, until the XNUMXth century women were prohibited from reaching its peak. 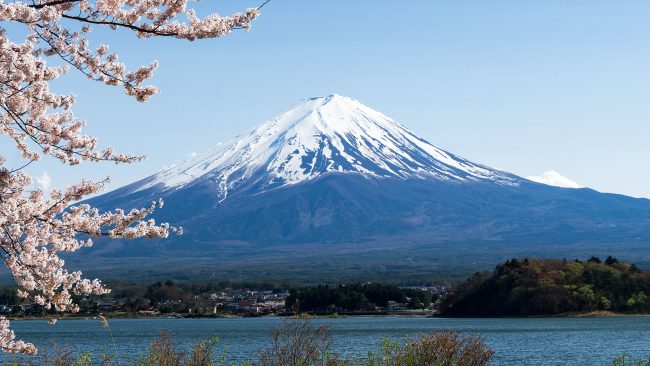 The Kīlauea volcano is located in Hawaii and is one of the most active in the world, as it erupted in 1983 and is still has not stopped. In addition, it is large, since it is more than 1.000 meters high and approximately 5 kilometers in diameter. 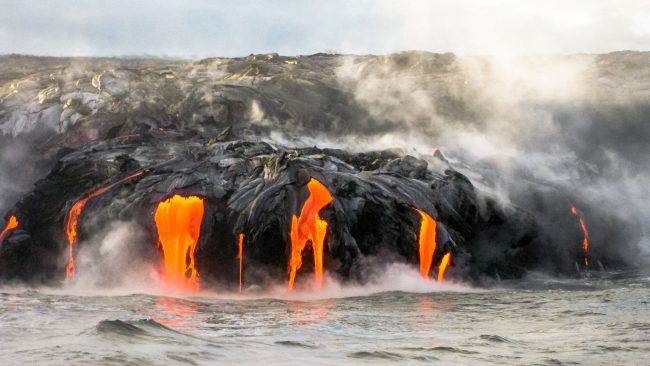 Kīlauea: the most active volcano in Hawaii

This volcano is between 300.000 and 600.000 years old. It was originally under the sea, but it surfaced 100.000 years ago. It is one of the most important tourist attractions in the area. In this video you can see the impressive amounts of lava that it expels into the ocean:

As we have seen, some volcanoes have marked relevant moments in the history of humanity and the Earth, while others seem to be able to do so in the future.

Share 49
We use our own and third-party cookies that offer us statistical data and your browsing habits; with this we improve our content, we can even show advertising related to your preferences. If you want to disable these cookies, press the Configure button. To keep all these cookies active, press the Accept button. More information in the Cookies Policy of our website.
Setting
Accept and Continue
Manage consents