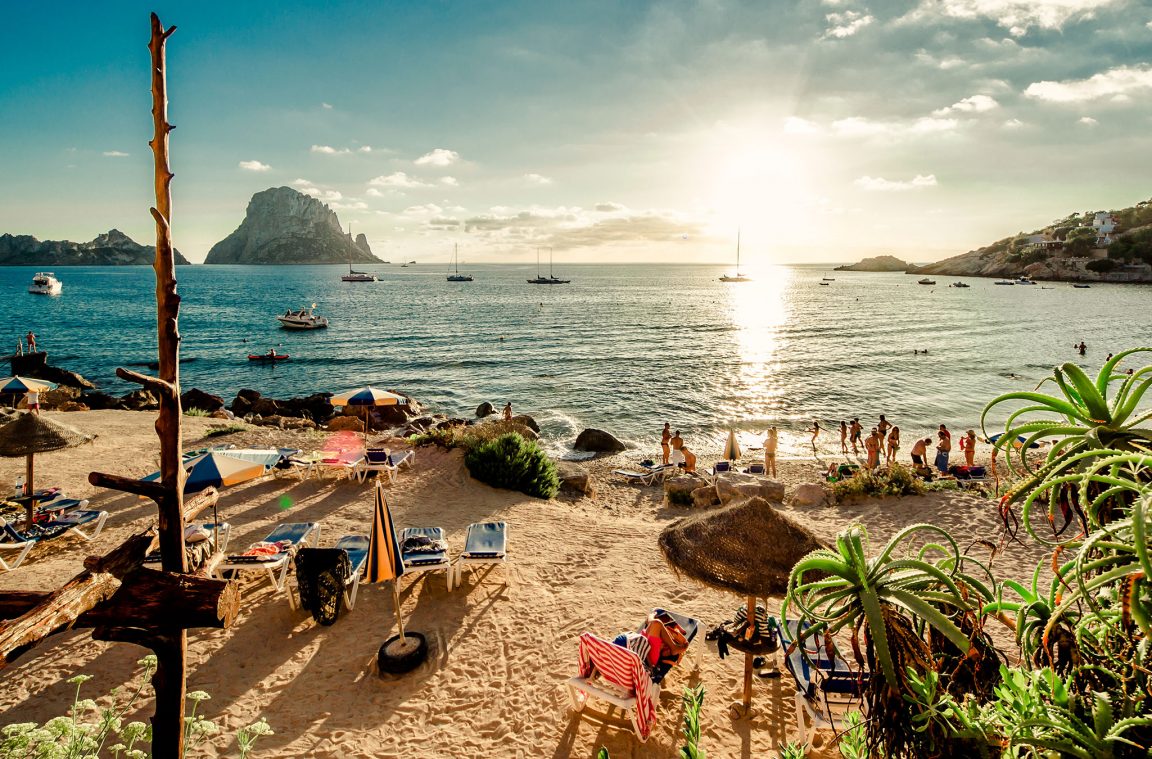 Spain is one of the countries preferred by singles, since in its cities there is a great tourist offer, it has an ideal climate and it has many natural resources. If you want to organize a vacation in this country through the best destinations for Singles And you do not know where to travel, pay attention to this article, because in it we show you the best destinations ordered from least to most attractive for singles.

Asturias conquers its visitors for its nature and its gastronomy. One of the most recommended destinations is its capital: Oviedo. In it, the best street to drink cider and make friends is Gascona. 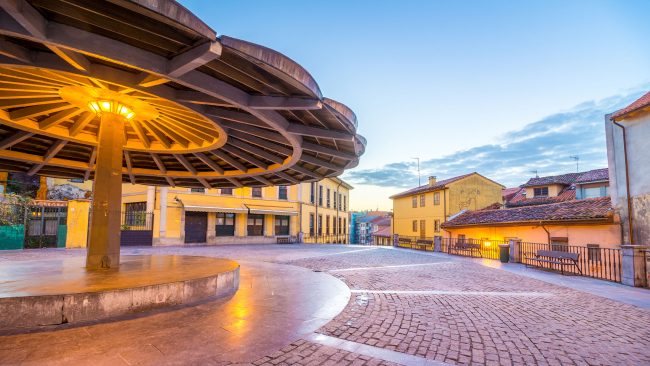 The beauty of the historic center of Oviedo

It is also the city with the greatest Asturian pre-Romanesque art. One of the most important examples of this style is the Church of San Miguel de Lillo, just 4 kilometers from the center of Oviedo.

In the old town the Fontán Market, inside which you can buy the best products in the area. Another important part is the Campo de San Francisco Park, where the famous Mafalda statue is located.

Zaragoza's greatest moment of splendor is during the Fiestas del Pilar, which revolve around October 12. In them, among other events, concerts of great national and international artists are organized. 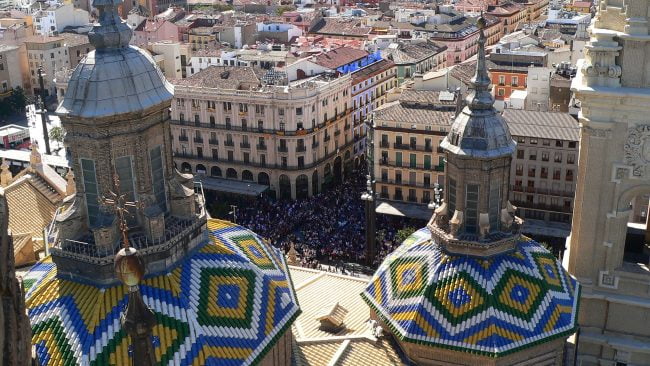 The importance of the Fiestas del Pilar in Zaragoza

In the city center we find The tube, a neighborhood formed by narrow streets in which there is no shortage of the best bars to go for tapas.

The most important building is the Basilica del Pilar, followed by The Seo o Cathedral of San Salvador, declared a World Heritage Site for its remains of Mudejar art.

For those who prefer a more cultural trip, Gijón, in Asturias, is a good option. It is a destination chosen by Singles over 40 and divorced people.

Here highlights the Atlantic Botanical Garden, which has an area of ​​about 25 hectares. It is also recommended to visit the Cimadevilla neighborhood, the oldest in Gijón.

The best place to enjoy the sea views is Cerro de Santa Catalina, where the sculpture known as Praise of the Horizon. 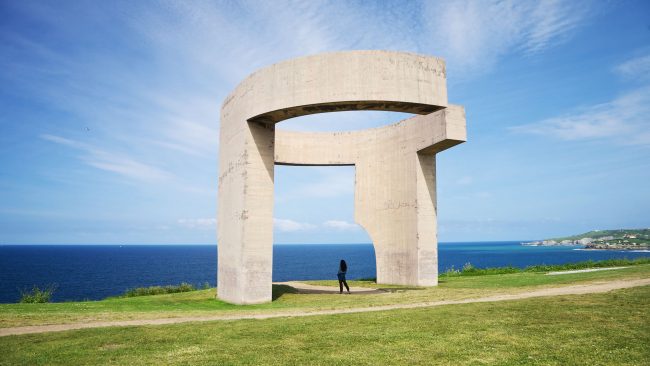 Elogio del Horizonte: the sculpture of Gijón with the best views

The Canary Islands are perfect at any time of the year, as they always have mild temperatures. In addition, some cruises for singles are organized around them.

However, you can opt for a particular area. Tenerife stands out for its black sand beaches and its volcanic landscapes. If you go to this island, you cannot forget to climb to the top of Teide, the highest peak in Spain.

Gran Canaria is the option with the most party, especially in Maspalomas, a town located to the south, also known for its great beaches. It is also one of the most famous coasts in the LGBT environment. You can know other gay beaches in Europe in this article: Top 10 gay beaches in Europe.

Another of the most recommended islands is Lanzarote, ideal for those who like the sea. Here is the Atlantic Museum, which is located underwater and therefore, in order to visit it, you will have to dive. 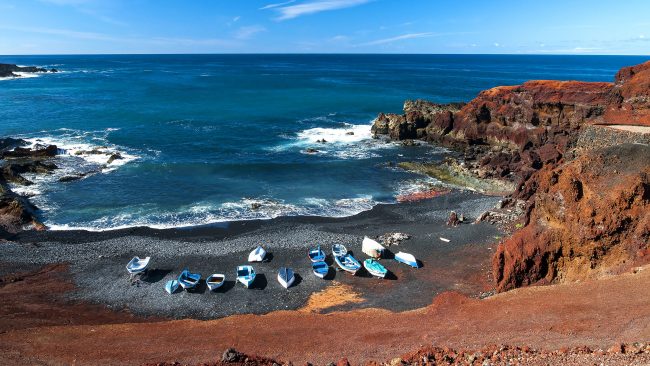 The impressive coast of Lanzarote

Cádiz is another Andalusian city in which joy floods the streets, especially during the celebration of the Carnival, which has been declared a Festival of International Interest.

Throughout the month of February the verses take place, fun performances in which different groups compete with their costumes and their original songs loaded with irony.

However, throughout the year you can enjoy other attractions, such as its historic center. A prominent beach near this is La Caleta, where the old Spa of Nuestra Señora de la Palma y del Real is located. 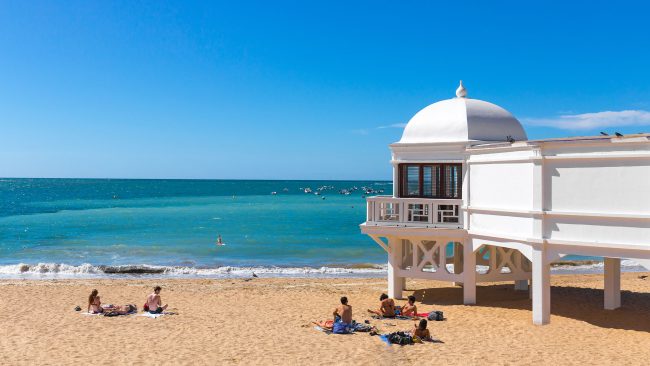 One of the most famous dishes in Cádiz is known as fried fish. You can find it in most bars. However, one of the best known is the Las Flores Freeria.

The Spanish capital is a perfect city for singles, as it has a very varied offer that suits every taste. If you want to enjoy the place where it arose the Madrid scene, your neighborhood is Malasaña. Another party area is La Latina.

The street where the shops and the big theaters are concentrated is the Gran Vía, which is full of people both day and night. If you want to try the best tapas in MadridWe recommend you visit the Mercado de San Miguel. 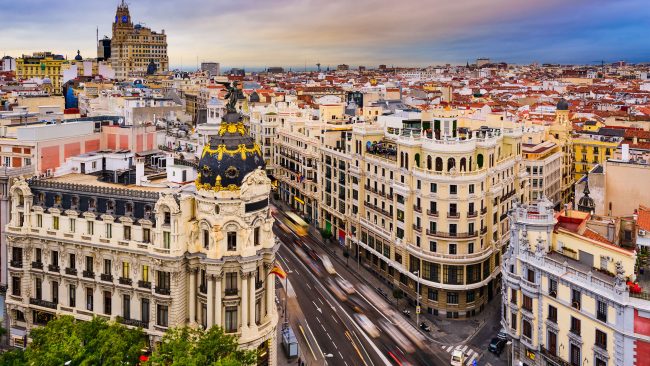 To spend a relaxed day away from the hubbub of this great city, the Parque del Retiro Is the best option. If, on the other hand, you want excitement and you like football, don't hesitate to watch a match at the Santiago Bernabéu Stadium.

One of the favorite places of the Singles from the capital is Shut up and Kiss Me, which they usually go on Wednesdays. Another fun local is The Peletazo, in which all the tables are connected by telephone.

Sevilla It is characterized by its friendly and fun inhabitants that give the city a special charm, especially during the April Fair, when women dress up in their flamenco dresses.

Among the great monuments of this place, the Giralda and Royal Alcazar of Sevilleas well as a Plaza of Spain, in which all the country's provinces are represented. 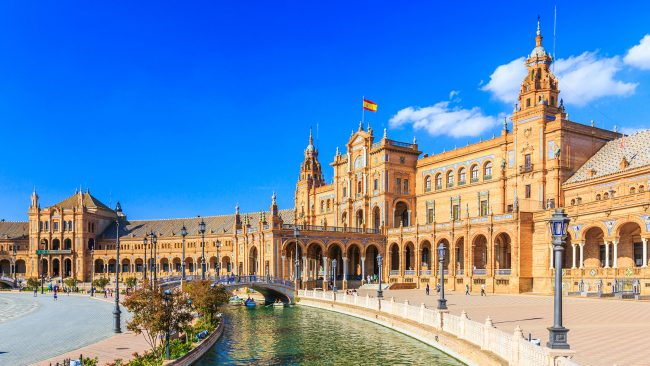 The majesty of the Plaza de España, in Seville

One of the activities oriented for tourists is the boat trip on the Guadalquivir. If you prefer to know the most authentic neighborhood, you should go to Triana, the birthplace of important artists such as Manuel Molina.

The perfect time to visit Valencia and meet new people is at the festival of The Fallas, which take place in the days prior to March 19. In this celebration, the city is filled with people from all over the world willing to have fun.

One of the most striking places is the City of Arts and Sciences, designed by the architect Santiago Calatrava. In addition, from this point you can take a walk through the Turia Gardens, a kilometer-long park.

If what you want is to visit the most modern places in the city with the best atmosphere, the two most fashionable areas are El Carmen, in the historic center, and Ruzafa. 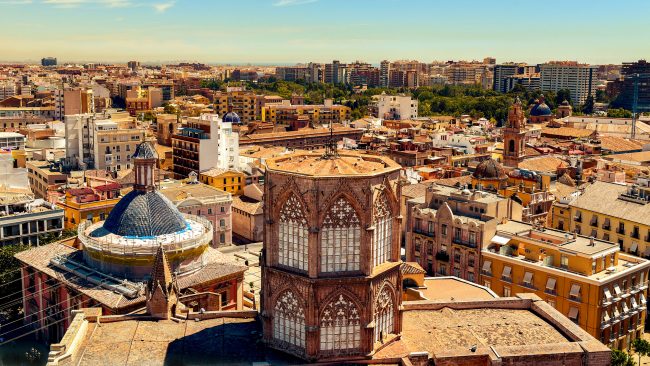 Barcelona It is one of the most visited cities in Europe thanks to its great attractions, such as the Park Güell, a modernist park designed by Antoni Gaudí with fantastic views of the city.

It is open every day from eight in the morning until nine at night. Some parts are free, but to enter the Monumental Zone you must pay € 8 at the box office or € 7 if you buy the ticket in advance. You can buy it online by clicking this link.

The best avenue to take a walk is La Rambla, which begins in Plaza de Catalunya and leads to the old port. During the day it is full of people, especially on sunny days.

If you want to meet new people, one of the most outstanding clubs is Opium Barcelona, ​​which also works as a restaurant. On the other hand, in the following article you can find a complete guide so as not to miss anything of this beautiful city: Barcelona tourist guide. 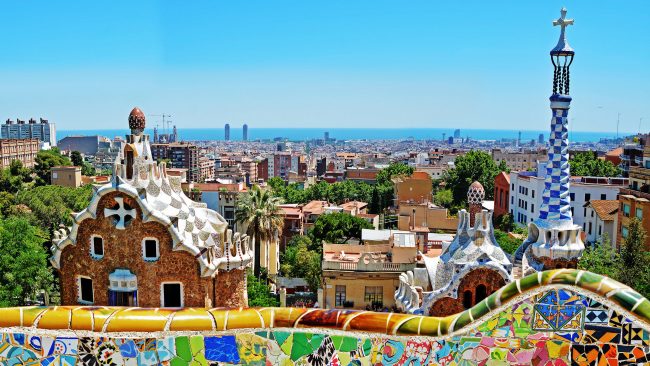 The colors of Park Güell, Barcelona

In this list you could not miss Ibiza, the most famous island in Spain both for its coast and for its party places. First of all, the best area to enjoy a sunset is San Antonio Bay, located to the west.

There are numerous thematic markets hippie that continue to mount on the island. The most famous is the Mercadillo de las Dalias, which you can visit every Saturday from ten in the morning. 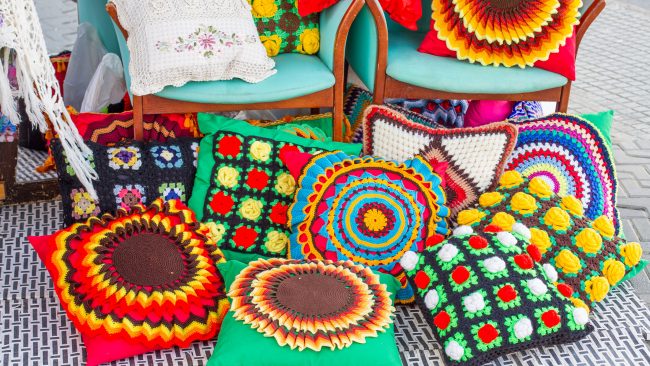 The hippie essence of Ibiza

Also, if you want to party and meet people from all over the world, these are some of the clubs most famous

This article has been shared 53 times. We have spent many hours collecting this information. If you liked it, share it, please: 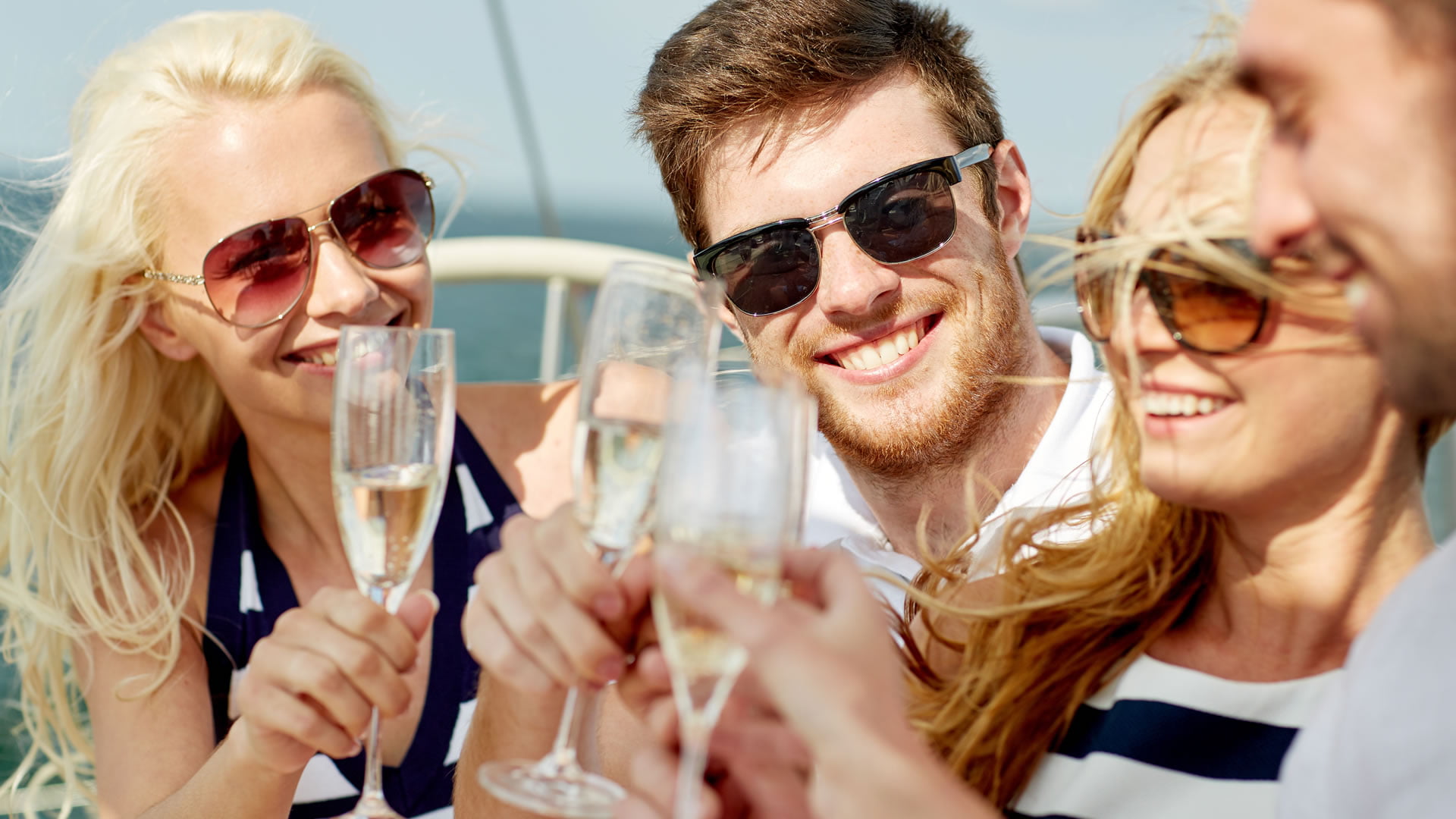 Share 53
We use our own and third-party cookies that offer us statistical data and your browsing habits; with this we improve our content, we can even show advertising related to your preferences. If you want to disable these cookies, press the Configure button. To keep all these cookies active, press the Accept button. More information in the Cookies Policy of our website.
Setting
Accept and Continue
Manage consents