There are many gay beaches that we can find in Europe. Some of the most impressive are found on the islands of the Mediterranean, such as Sardinia, Malta and Mykonos. But we also find charming beaches in the Atlantic, the best area being the Portuguese Algarve.

La Beach It's Cavallet It is located nine kilometers from Ibiza town, and is the favorite corner of the Ibizan LGBT community, which is concentrated in the southern part of it. He is also officially a nudist.

It is very complete, because in it we find a restaurant and a beach bar called ChirinGay in which the multicolored flag flies. The activity does not stop when the sun goes down, as there are many people both day and night.

It is not the only gay beach on the island. Another that also stands out is the Figueretas Beach, the closest to Ibiza town. Specifically, the gay scene is in the first bay.

In this region of Portugal we cannot miss the Beach gives Torn Blanket, located fifteen minutes from the town of Manta Rota, just fourteen kilometers from the border with Spain. Walkway to the Manta Rota Beach

This area of ​​the Atlantic coast is frequented by naturists. It is quiet and usually almost deserted, so it is perfect for relaxing. It is also equipped with bathrooms, umbrellas and hammocks.

Another paradisiacal corner of the Algarve is Playa del Barril, located on the edge of the Ria Formosa and formed by large dunes that give it a special charm. It should also be noted that it is awarded with the blue flag and adapted for people with reduced mobility. La Mar Bella Beach It has an extension of 500 m in which there are bars focused on the homosexual public, among which the so-called BeGay. To get there, the best option is to take the L4 metro to the Poble Nou stop.

It is far from the city center, and therefore from the mass tourism that affects Barcelona. It also has a nudist area, which is protected from prying eyes by a large artificial dune.

If you prefer to stay in the center of BarcelonaAnother gay beach is Sant Sebastià, located in the Barceloneta neighborhood, specifically next to Hotel W. It is one of the oldest beaches, and it tends to be very crowded, since it is a very touristy area. This Italian island is characterized by having a more traditional society than other European countries, so there are no large officially LGBT beaches. But there are some very popular with the LGBT community.

One of them is the Beach Come on. Come on, which is located in the south of the island, and its name means "painted sea" due to the beauty of its waters. Its soil is made up of stones, although it also has a more sandy part. 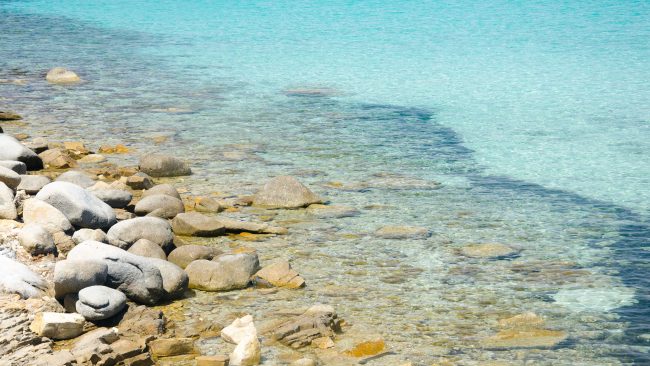 Other coastal areas frequented by gay bathers are Playa de Earth Bad, which is naturist, and Calamosca. Both are also located in the south of Sardinia, very close to the Playa de Come on. Come on.

If you ask in Mykonos for the best gay beach on the island, everyone will answer that it is Super Paradise. Located 6.5 kilometers from Chora, you can reach it by car, bus, or with the boat that departs from Platis Gialos. Nudism is also practiced here, and it is made up of crystal clear waters and fine white sand. You will also find several friendly bars, such as Super Paradise y Pinky beach, who organize outdoor parties.

A quieter beach is called Elia, 14 kilometers from Chora. You can also access it by car, bus or boat (it is the last stop). The gay area is on the right hand side. Sitges is an important destination for gay tourism, and therefore it has some of the best beaches for this public. One of them is the Beach of Home Mort, which is nudist and liberal.

To get there, you have to take a path that begins at the Atlàntida nightclub in Sitges. The path is a bit complicated, but upon arrival you will find calm waters and fine sand. Very close to it is La Desenrocada, also a nudist. Another one with better access is the Beach Bassa Rodona, located a few meters from the train station and the urban center. It has several services such as water skate or kayak rental.

If you want to visit a different beach in Croatia, Lokrum is the best. It is located on a small island of the same name, which is very close to Dubrovnik. You can get there by boat, which dock in the south. It is on the eastern side where the gay area of ​​the coast is, which is also nudist. This island is of great value, since it is protected as a Special Reserve of Forest Vegetation.

On land you can visit the beach located at Punta Kriza, north of Rovinj. Here is a naturist campsite with more than forty years of history, where you will be welcome whether you go with clothes or not. 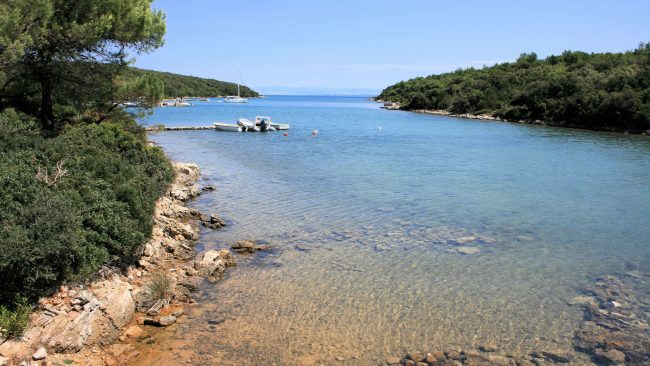 As in other countries, in Malta we do not find officially gay beaches. Even so, there are several in which most of the visitors belong to this community.

The most prominent is the Ghajn Tuffieha Beach, also known as Bahía Riviera. It is located in the northwest of the island and boasts being very quiet, as well as having beautiful views. 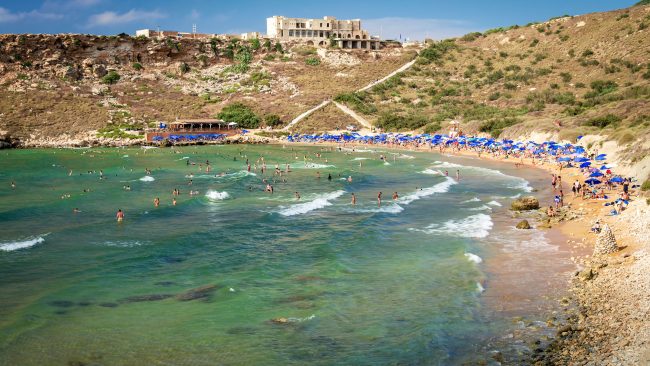 An option with more privacy is the Bay of Gnejna. Its sand is orange in color and its waters are crystal clear, making it a perfect area to dive and enjoy the seabed.

In France the most prominent gay coastal area is the Beach l'Espiguette, which is located east of the port town Grau-du-Roi, thirty kilometers from Montpellier. It is a quiet beach, formed by large dunes, and with an extension of about 20 kilometers, which allows there to be areas for all audiences: naturist, family ...

On the other side of the country, on the Atlantic coast, we highlight the naturist beach of Trezien, from which you can go to the imposing Trezien Lighthouse, corresponding to the municipality of Plouarzel.

La Beach Kulumbus Santorini is very special, and it is of volcanic origin. For this reason, its sand is of gray tones, and it is formed by rocks sculpted by the wind.

It is located 8.5 kilometers from Fira, the capital of the island, located to the northeast. It is nudist and very quiet, with views that are very different from those of most of the Mediterranean beaches. 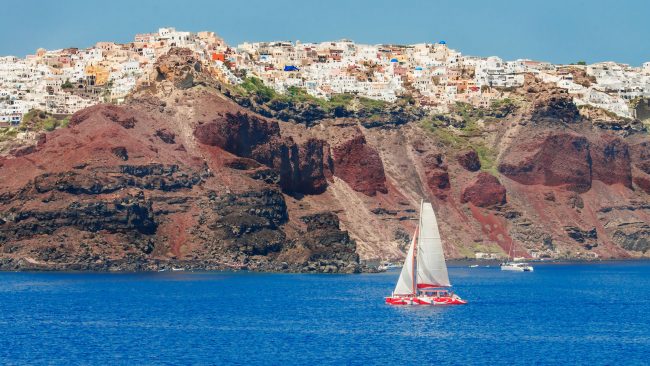 In the south of the island you can visit the naturist corner of Vlychada, which the air has also endowed with a very characteristic landscape, with a certain lunar appearance. Also, its sand is dark and mixed with pumice stone.