The British Government: characteristics of the political system of the United Kingdom 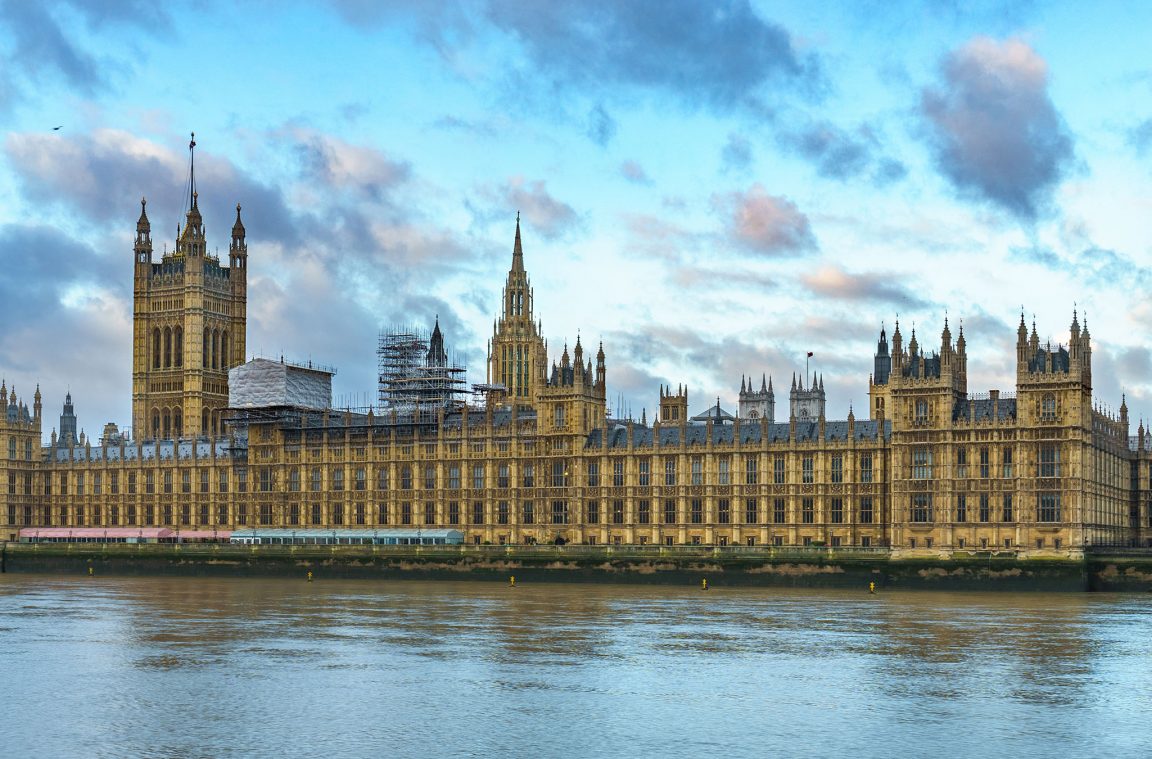 To understand English politics it is necessary to know the form of government of the United Kingdom, as well as the territorial division of this country. In this article we tell you the history of this system and the characteristics it currently has.

The British Government: characteristics of the political system of the United Kingdom

The form of government in the United Kingdom is the parliamentary monarchy. That is, there is a king or monarch, but the government is exercised by a group of people chosen by the citizens.

The system of this country does not have a written Constitution, but is formed by the set of ordinary laws that are being approved. This allows it to be modified without the need to go through lengthy and expensive procedures.

A similar situation occurs in law, where there is no common document. In this country they are governed by the so-called Common Law, which could be translated as Common law.

This method is governed by a set of unwritten and unpromulgated rules. A judge, when making a decision, relies on the resolution carried out in other similar cases in the past.

On the other hand, the monarch is the head of state and his functions are properly representative. He also holds the title of Supreme Governor of the Church of England. 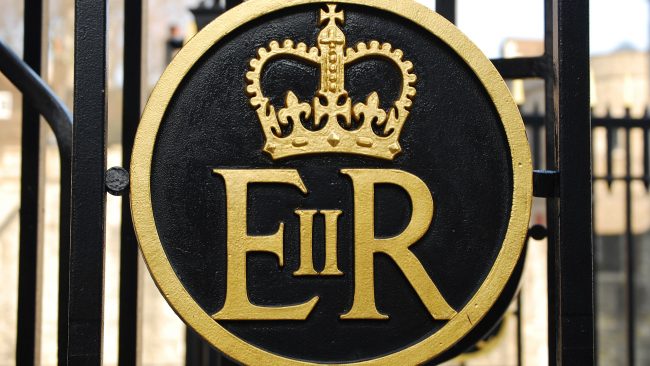 The executive branch belongs to the government. At his head is the Prime Minister (known in other countries as President), who is usually the leader of the party with the most members in the House. With him is the Cabinet of Ministers, which does not have a fixed number.

Legislative power is in the hands of Parliament, whose seat is in the Palace of Westminster, in London. This is bicameral and each part is organized in a different way:

To this day, the House of Lords has an advisory role, as it no longer has the ability to veto laws. However, they can hold them back for a year. 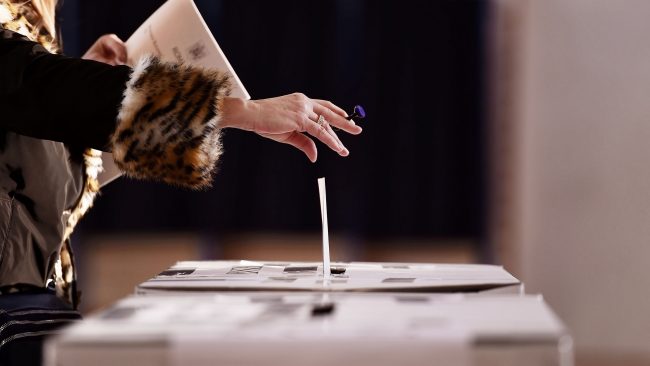 The UK political system and elections

To understand the current type of government in the United Kingdom and the territory it occupies, it is necessary to review some key moments in its history. At the beginning of the XNUMXth century, absolutist kings continued to rule in this territory.

Under the mandate of Carlos I, there began to be clashes between the absolutists and those who wanted more power for Parliament, which unleashed a civil war that lasted from 1642 to 1648. In 1649 the Republic, known as Commonwealth.

However, in 1660 the monarchy was reinstated in the hands of Carlos II. After him came James II, who was dethroned by William III of Orange-Nassau in the so-called Glorious Revolution.

It was then, in 1689, when a parliamentary monarchy through the Bill of Rights. In Parliament, the Tory (noble supporters of the king), and the whigs (bourgeois defenders of parliamentary power) agree to take turns in government. 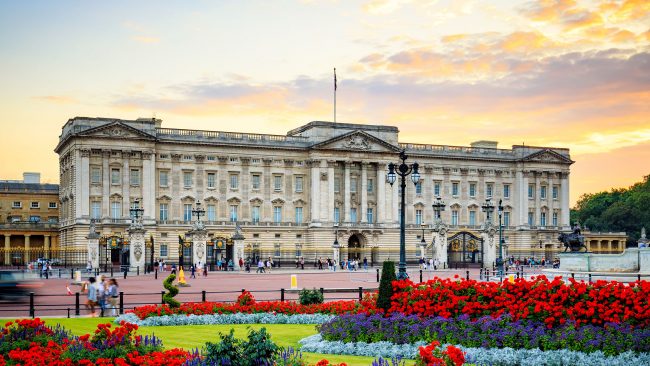 In the 1763th century, the United Kingdom retained its thirteen British colonies in North America. However, in XNUMX, the English government increased taxes on the colonies, starting point for a group of workers, the so-called Sons of Liberty, boycott English goods: this fact is remembered as the Tea Party.

English tax policy in the colonies led to the War of independence, which began in 1775 and ended in 1783, when the Peace of Versailles was signed and, therefore, the independence of the United States of America.

On the other hand, in the middle of imperial politics, the United Kingdom was occupying India until it had absolute control in 1857. It is from 1920 when, through the movement promoted by Mahatma Gandhi, the protest against British domination began. It is in 1947 when this territory also becomes independent. 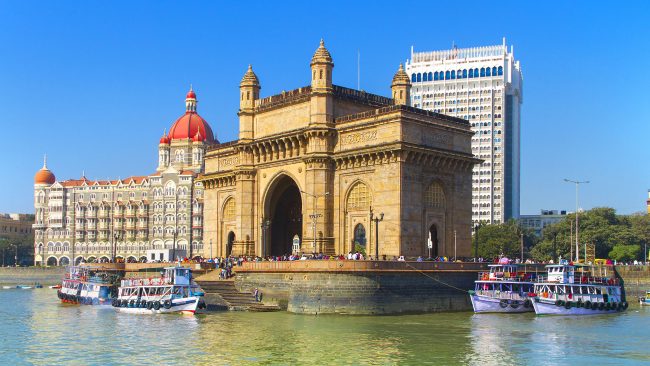 If you are interested in learning about the history of the capital of the United Kingdom, you can find it in the following article: Brief summary of the history of London (England).

Throughout history, a large number of prime ministers have succeeded in the United Kingdom, whose function has been to coordinate the government. Among them, these are some of the most prominent, of which we indicate his years of government: 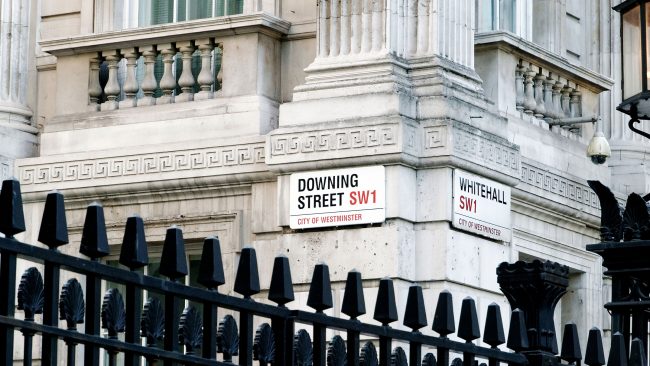 To this day, the British royal family It is the most advanced in terms of transparency from all over Europe. Every year it publishes all the expenses that have been made in detail: hiring of personnel, purchases, official trips, etc.

Also, since 2011, the United Kingdom has been part of the Alliance for Open Government. The member countries must make available to the inhabitants as much data as possible, in order to encourage citizen participation. This country even has a public-private body that controls this initiative, the Open Data Institute.

As for political parties, the main ones are the Conservative Party (the old Tory) and the Labor Party, considered center-left. Other parties are the Liberal-Democrat (from the whigs), and the Green Party of England and Wales, an environmental movement founded in 1990. 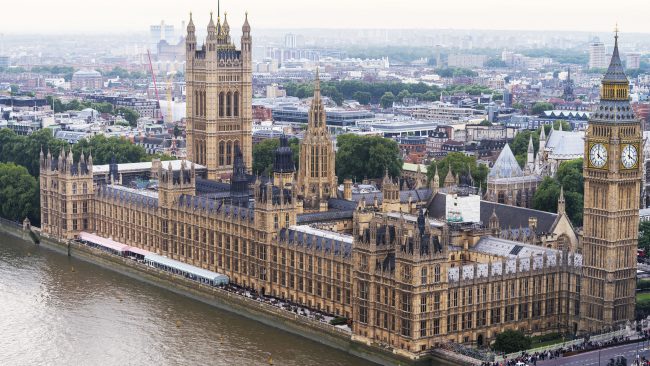 Palace of Westminster: meeting place of the House of Commons

In recent years, the economic policy of the United Kingdom is oriented towards economic liberalism, giving freedom of action to companies, as Adam Smith defended in the XNUMXth century. Regarding its commercial policy, it has agreements with a significant number of countries.

The biggest subject of debate at present is being its foreign policy due to its desire to separate from the European Union. If you want to have more information on this topic, we recommend you read the following article: The 'Brexit' in the United Kingdom: meaning, results and consequences.

To arrive at the current state, the British territory went through several political processes. In 1707 the Kingdom of England (which also included Wales) joined with Scotland. 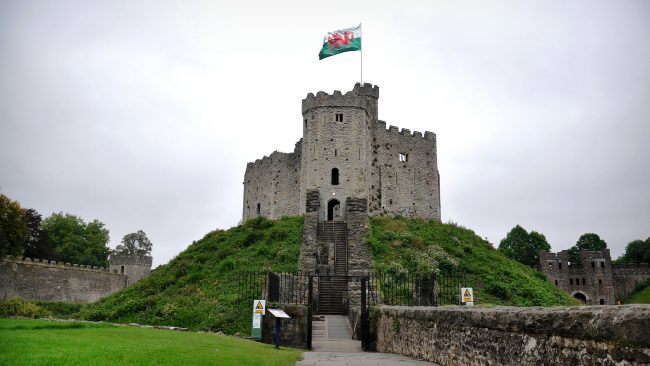 It was in 1800 that the Kingdom of Ireland joined, and the United Kingdom of Great Britain and Northern Ireland was officially formed. This State has a political division of four zones:

In the following map you can see the different territories: England in purple, Scotland in orange, Wales in green and Northern Ireland in yellow. In pink is Ireland, an independent country: 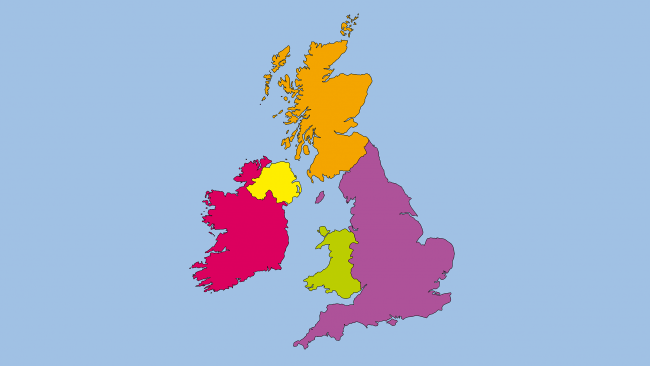 Political map of the United Kingdom and Ireland

Each of these regions has its own political bodies and local government, as well as a system of administrative demarcation, since there is no body of this type that encompasses them all.

In addition, the United Kingdom has several overseas territories, considered vestiges of the old British Empire. They are as follows:

In addition to these, it has three semi-dependent areas: Guernsey, Isle of Man and Jersey.

This article has been shared 34 times. We have spent many hours collecting this information. If you liked it, share it, please: 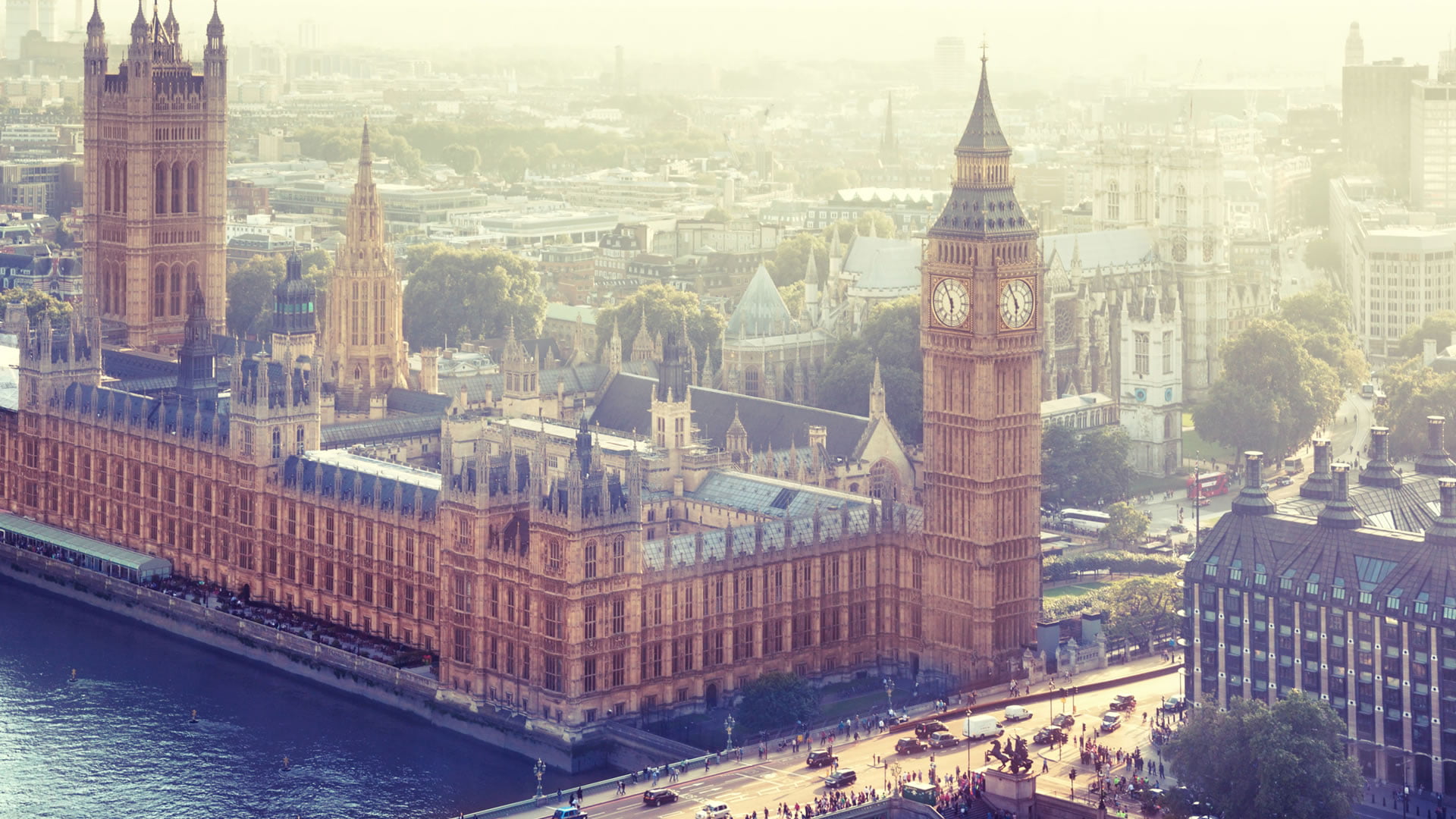 Share 34
We use our own and third-party cookies that offer us statistical data and your browsing habits; with this we improve our content, we can even show advertising related to your preferences. If you want to disable these cookies, press the Configure button. To keep all these cookies active, press the Accept button. More information in the Cookies Policy of our website.
Setting
Accept and Continue
Manage consents