The London press: the most popular newspapers and magazines 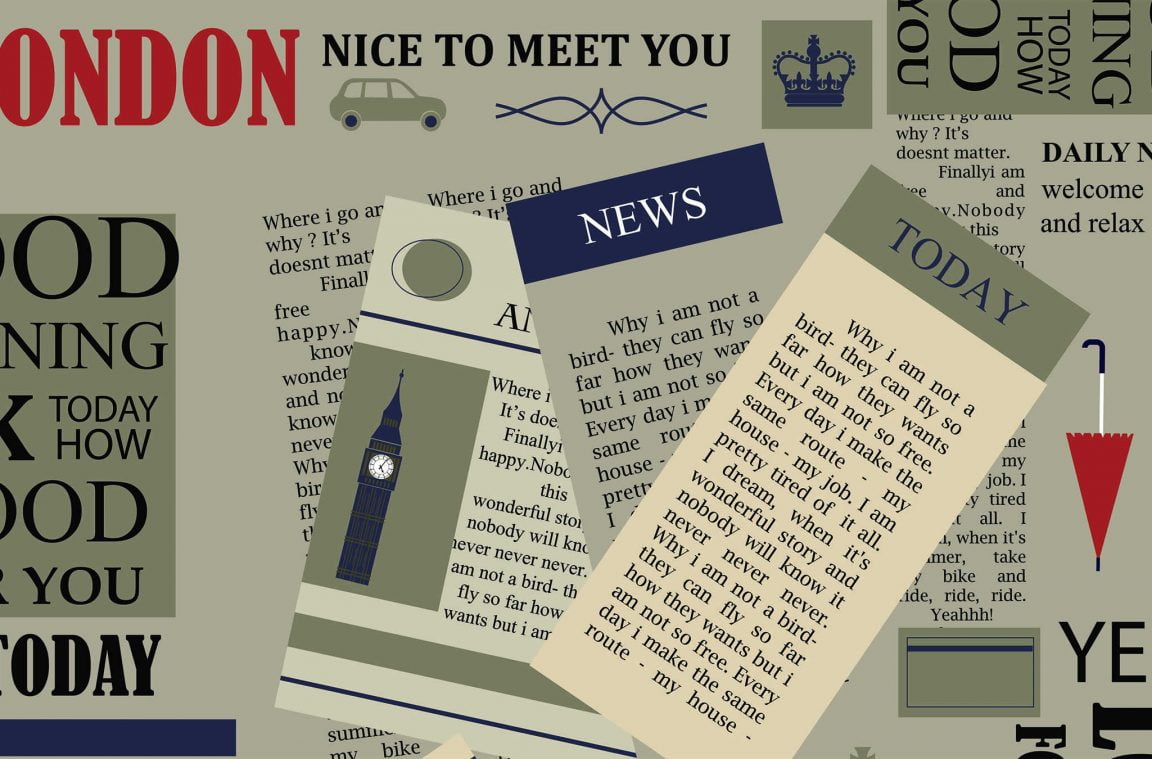 The London press: the most popular newspapers and magazines

When it comes to reviewing the history of the British press, the first place to look is Fleet Street, known as Journalists' Street. It could be said that it was on this London street where the newspapers and magazines that we know today began to take shape until they became what they are today. In this section, we show you a journey through the most important stages in the evolution of the London press.

Fleet Street is a street in London that extends along the River Thames, specifically on the left bank of it. In turn, it is the axis that leads from the City of London to Westminster. This street owes its popularity to the years before the 1980s, when it was the British press headquarters.

Initially, the multinational Reuters had its headquarters in Fleet Street, until it moved to Canary Wharf in 2005, as you can read in the next section. However, the name of this street is still used today when talking about the British national press in general. 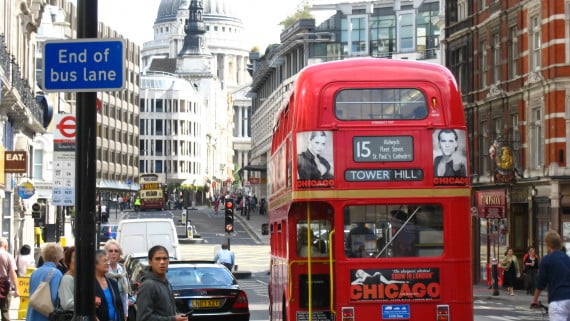 The first printers of London began to be installed in Fleet Street around 1500 at the hands of William Caxton and his apprentice, Wynkyn de Worde, who installed the first printing press in London in Shoe Lane. Richard Pynson, too, settled as editor around St Dunstan's church. The success of these first publishers / printers led little by little more and more to settle in the English capital.

Thus was born in March 1702 the oldest daily newspaper in London, the famous Daily courant, produced by Elizabeth Mallet. This newspaper consisted of a single page, which included advertisements on the back cover. The type of news published in The daily courant they were about other parts of the world. Subsequently, it was renamed The Spectator and later on, The Daily Gazetteer.

This magazine, as we have already mentioned, is dedicated exclusively to science and has been in continuous publication since the first volume was published in 1665. For this reason, it is considered the longest-running scientific bulletin on a world scale.

Its fame from its inception until 1887 was such that on the latter date the magazine was divided into two separate publications, one dedicated to the physical sciences and the other to the life sciences. They also have primary research articles published in journals Journal of the Royal Society Interface, Biology Letters y Proceedings of the Royal Society, all of them belonging to the Royal Society as well. 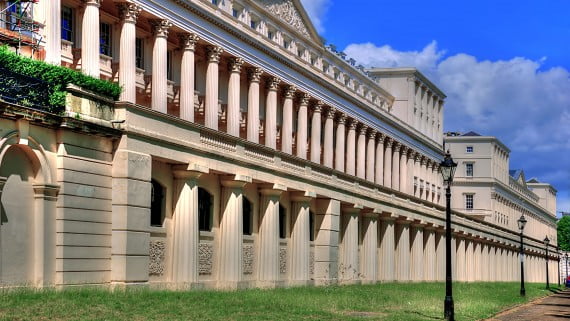 Like many other magazines today, the magazine Philosophical Transactions of the Royal Society it can be found in digital format. Here are the links to their respective digital versions:

Talking about the history of the British press implies first naming Reuters, which became the world's largest news agency. Reuters Group Limited is a British press agency founded in 1851 in London, where it continues to have its headquarters, specifically in Canary Wharf, east of the capital.

Founded by the German Julius Reuter (hence its name), this private news agency provides information to the different media and financial markets of the world. Thus, today it is estimated that it is present in more than 200 cities in 94 different countries. In addition, it offers information in more than 20 languages. If you want to know more about Reuters, you can access their website by clicking on this link. 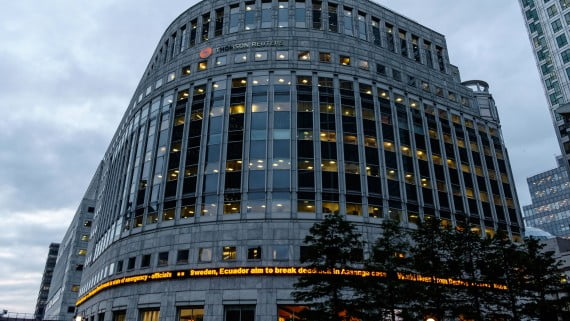 Birth of The Times

The popular British newspaper The Times was created by John Walter in 1785 under the name The Daily Universal Register. At first, Walter's goal was to be able to use logography, invented by Henry Johnson, whose patent was later acquired by Walter.

John Walter opened a printing press, where he proposed to print a daily advertising sheet and that is how he began to publish the newspaper The Daily Universal Register on January 1, 1785. Later, Walter realized that the public always used to forget to mention the word Universal when mentioning the newspaper, so he decided to change the name to The Times. 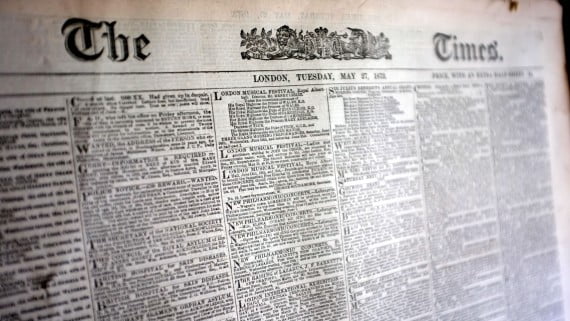 Appearance of early issues of The Times - by xlibber

During its beginnings, The Times was a pioneer in publishing news at the European level, especially from France. This led him to have contributions from important figures in the fields of politics, literature and science, so that he earned a very good reputation, as well as high profits.

Currently, The Times' official sales figures are around 700.000 copies per day. This figure obtained in 2005 is classified as a record sales figure under the direction of its current editor, Robert James Thomson. In this way, The Times ranks ahead of other newspapers such as The Daily Telegraph.

Today, all local and national newspapers in printed format have their corresponding version in digital format, that is, on the internet. In this way, accessing the written press is now easier than ever. In the following table you can find which are the main daily newspapers in London along with their website:

Read the newspaper in London

On the other hand, it is also important to note that with the BBC, responsible for radio in the UK and british television, has its own online newspaper, whose website is as follows: www.bbc.com. It also has BBC Mundo (www.bbc.com/world), a portal that offers news in Spanish for Spanish-speaking readers around the world.

Likewise, the Spanish-speaking public has at its disposal the newspaper The Iberian, the only Spanish-language newspaper about London. In it, the reader can find all kinds of news about the British capital, be it events, culture or current affairs. Its website is as follows: eliberico.com

The most popular London magazines are those aimed at a female audience (calls women's weeklies o months in English depending on whether they are published weekly or monthly). In this type of magazines, the usual content usually includes the following topics: current women, fashion, beauty tips, family, work, love, sexuality and the press of the heart, among others. 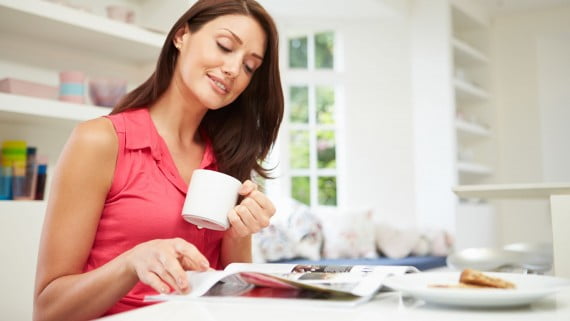 Women's Magazines in the UK

However, the magazines dedicated to offering television guides with the programming of each channel for the next days or weeks, calls TV ListingsThey are also very popular. Among the most influential genres are also health, furniture and decoration, men's health, cooking and film / music.

The following table shows a list of the 50 most famous and important magazines in the British capital, ordered by type of content:

Likewise, it is worth mentioning that in London you can also find other genres aimed at a specific audience, such as the gay magazines. Examples of the most popular are Boyz Magazine, a magazine that defines itself as an essential guide for gay men in Soho and Greater London. Too QX Magazine International it is very popular in this sector.

Share 27
We use our own and third-party cookies that offer us statistical data and your browsing habits; with this we improve our content, we can even show advertising related to your preferences. If you want to disable these cookies, press the Configure button. To keep all these cookies active, press the Accept button. More information in the Cookies Policy of our website.
Setting
Accept and Continue
Manage consents