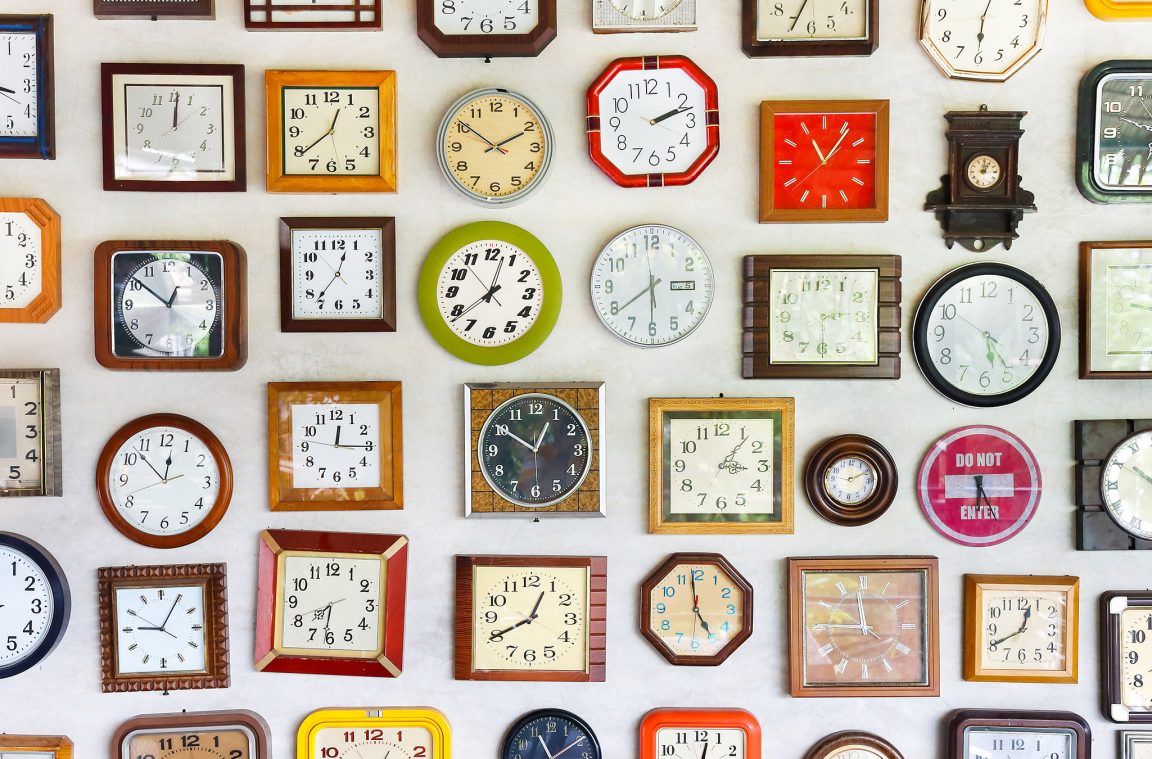 The time difference between countries usually generates confusion and some discomfort when we go on a trip. Therefore, in this article we explain what time zones are and how to know what time it is in each country.

In 1884 the International Convention of the Meridian was organized in Washington DC, United States. In this it was decided to divide the planet into 24 meridians. The space between two meridians is the time zone, and there is an hour difference between each of them.


The meridians are imaginary lines or semicircles that go from the North Pole to the South Pole and divide the Earth into 24 different zones.

In addition, the zero meridian was chosen, which would serve as an international reference. Of several candidacies, finally the one selected was the Greenwich meridian, located in the United Kingdom. Therefore, the measurement of time, known as GMT, was in relation to this point.

Later, in 1972, Coordinated Universal Time (UTC) was defined, which is measured with atomic clocks and not by the position of the sun, so it is something more exact. Also, UTC starts counting from midnight, unlike GMT (Greenwich Mean Time), who had been doing it since noon. However, it also takes the Greenwich meridian as a reference.

In the following map you can see the different time zones and how many hours to add or subtract in each of them with respect to the Greenwich meridian: 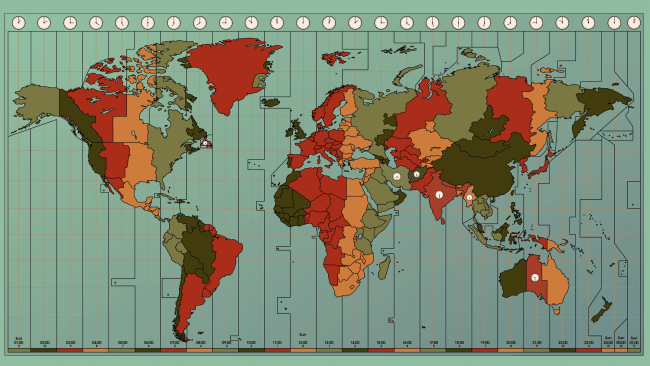 When it comes to talking about the time in each part of the world, it is common to use some abbreviations such as those already indicated above (GMT, UTC). These are other examples: 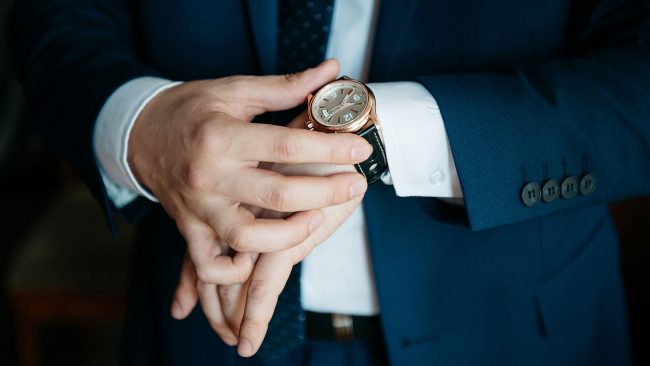 Know the time of the country you are traveling to

In addition, most of the countries in Europe and North Africa are one hour older than UTC. At this time it is known as Central European Time (CET). However, some countries like Spain, advance the clock one hour in March, at which time they adopt the CEST (Central European Summer Time), which is two hours more (UTC + 2).

Do not forget that it is possible that in other countries that do not belong to Europe also change the time at some time of the year, so it is advisable to consult each case in a particular way. 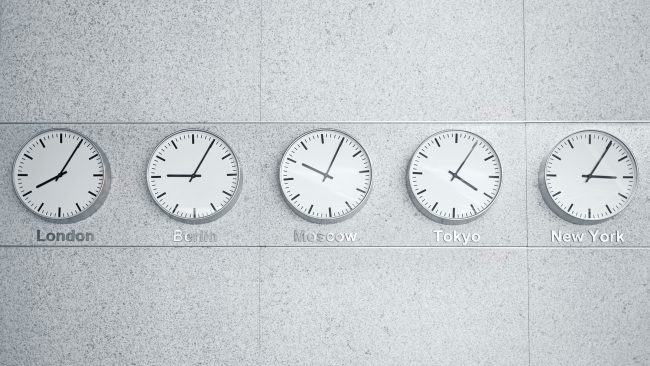 The time difference between different countries

En Latin America, this is the time difference between a part of these countries and UTC, that is, the time that is taken as a reference and that we find, for example, in the United Kingdom:

Therefore, in the case of Bolivia and Paraguay, there are four hours less with respect to the territories through which the Greenwich meridian passes, such as the United Kingdom.

How is the time difference between one country and another calculated?

The time zones between one territory and another must be counted. If, for example, you count two spindles to the right, it is two more hours, while if you count it to the left, it is less.

Why are there several time zones in some countries?

Because its territory is so wide that it passes through several meridians. For example, this occurs in the United States, Mexico and Canada.

Is the meridian criterion strictly followed?

No, other economic and political aspects are also taken into account. In the case of Spain, it should have one hour less and Argentina four less.

This article has been shared 60 times. We have spent many hours collecting this information. If you liked it, share it, please:

Share 60
We use our own and third-party cookies that offer us statistical data and your browsing habits; with this we improve our content, we can even show advertising related to your preferences. If you want to disable these cookies, press the Configure button. To keep all these cookies active, press the Accept button. More information in the Cookies Policy of our website.
Setting
Accept and Continue
Manage consents