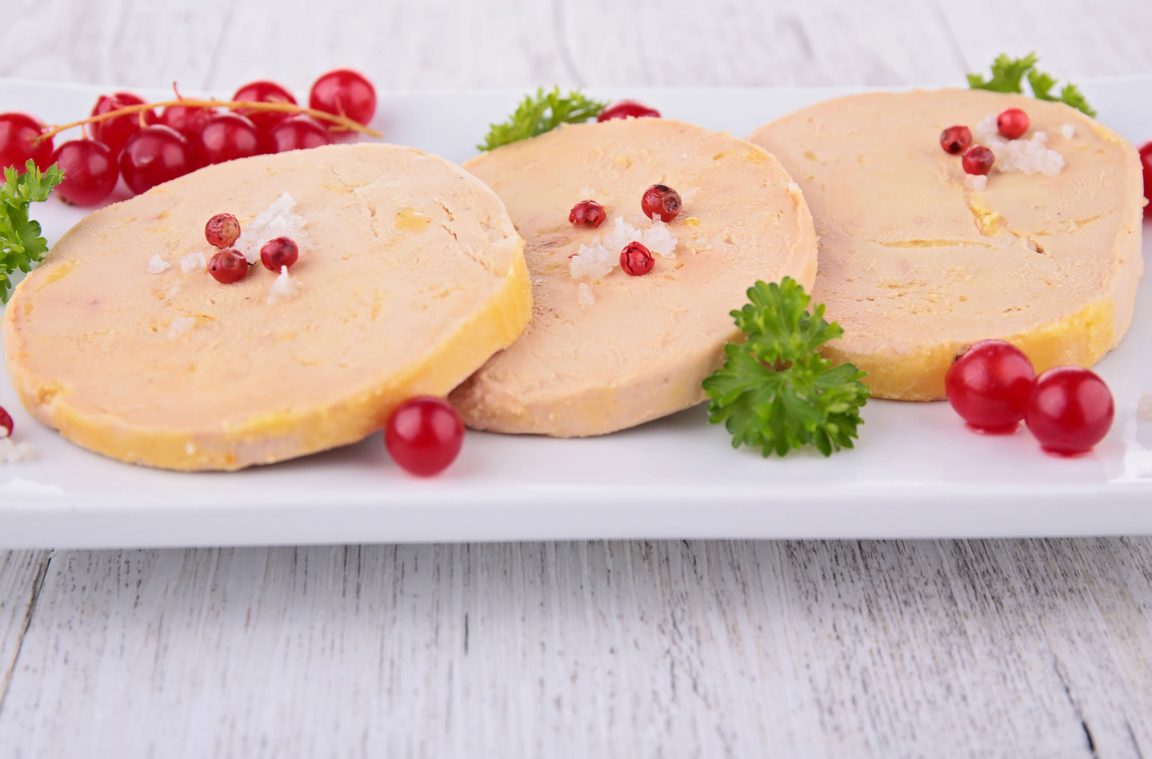 Foie gras is an original dish of the French gastronomy, but which has now also acquired fame in other countries, including Spain, where it is known by the name of liver. It is a food product that can be eaten either on its own (eg spread on bread) or used as an ingredient in other dishes, such as sushi today. Here we explain what it is and we teach you everything you need to know about this typical French dish.

What is foie gras?

Foie gras, known in Spain simply as liver, consists of the liver of a duck or goose. In order for it to be considered foie, the duck or goose is pre-fed. The animal can be either gavaged corn-based or fed naturally.

French law specifies that, for the production of foie gras, the duck or goose must be fattened by gavage, that is, forced feeding with corn. However, other countries prefer foie production that takes place by feeding the animal naturally.

Foie gras literally means fatty liver in French and is the reason why these are used acuatic birds, since they have a natural ability to accumulate fat in the liver without getting sick. This is because they are migratory birds and take advantage of these reserves to survive during long periods of migration. 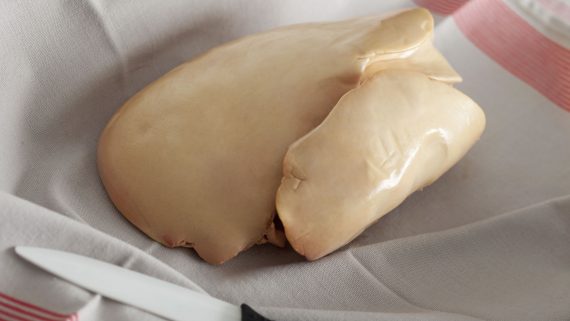 What is foie gras and how is it obtained?

In accordance with European legislation, the following conditions must be met for this food product to be considered foie gras as such:

It is worth noting the fact that foie gras it is not a pate, which means that it should not be confused with duck, goose, pork or other liver pate, since a different production process is followed for the production of the latter. In fact, in Spain it is often confused with the traditional foie gras, which is actually a pork or poultry liver pate and has nothing to do with French foie.

At what time did it begin to be consumed?

Historically, the consumption of foie gras dates back to XXV century BC, when the Egyptians discovered that geese resting on the banks of the Nile River in winter after their long migratory journeys stored natural fat reserves in the liver. They noticed that the liver of these animals had a yellow color and its flavor was exquisite. 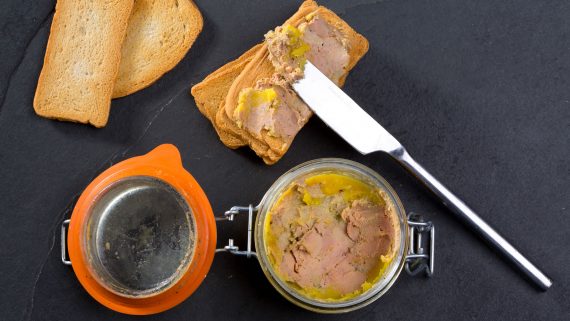 It didn't take long for the Egyptians to realize that they could speed up the process for the liver of these birds to reach its optimum state by overfeeding them. Thus, they soon began to prime them so that their liver hypertrophied and thus be able to obtain what we know today as foie gras.

The consumption of foie gras by pharaohs of the Old Egypt was so popular that it can be seen represented in the tomb of the royal official Mereruka, which is located in the necropolis of Saqqara (Memphis, Egypt). The tomb contains a bas-relief showing a scene where several people grab a group of geese by the neck while trying to insert balls of food into their throats.

This practice became so popular in Egypt that it soon spread throughout the Mediterranean coast, although Egypt maintained its reputation as the leading producer of foie gras for a long period of time. Thus, the first references are found in the work of the Greek poet Cratino during the XNUMXth century BC, who repeatedly referred to the "goose feeders". 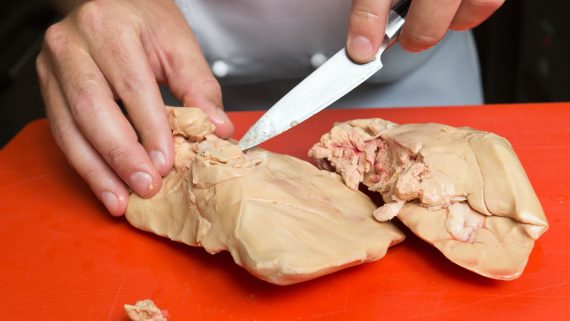 Consumption of foie gras in Europe

From the arrival of the Romans, foie gras began to be considered a gastronomic dish in Europe. The first registered name is iecur ficatum, Latin term in which iecur means liver y ficatum equivalent to fed by figs. From this last term derives the current name of liver, not only in French, but also in Italian (liver in this language is said liver).

With the fall of the Western Roman Empire, the consumption of hypertrophied duck liver gradually lost fame in European cuisine in general. However, several are the historians who affirm that they could be the Jews who continued with the tradition that they had learned during their membership of the Roman Empire and carried it to central and eastern Europe during the time of migrations.

Over time, foodies began to take notice of this exquisite dish that they could stock up on in the Jewish ghettos. Thus, Pope Pius V's cook made mention of "the liver of domestic geese raised by the Jews" in his cookbook entitled Opera. The chefs of the German noble class also noticed this dish, which began to gain a lot of fame in Alsace and that was how little by little it made a place in the French cuisine. 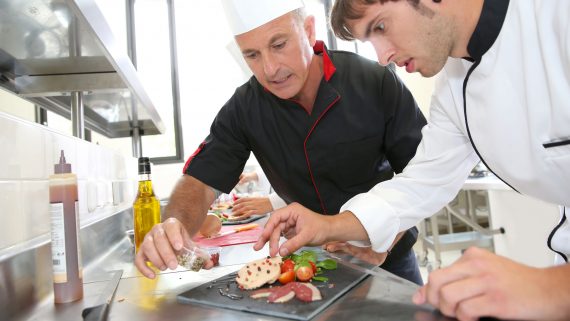 Arrival of foie gras in France

Controversial and special dish at the same time

The way in which birds are overfed for the preparation of foie gras has generated a wide debate around the world, even leading to its ban in some countries. This is due to the force feeding to which the animal is subjected, called force-feeding in French.

The pro sector animal rights and several environmental associations have denounced the force-feeding of animals, which is already illegal not only in France, but throughout the European Union, according to existing legislation. Thus, one of the 1999 European Recommendations on ducks used for the production of foie gras reads as follows:

"Feeding methods and food additives that cause pain, injury or illness to ducks, or those that may cause the appearance of physical and psychological conditions that are detrimental to their health and well-being, will not be authorized." 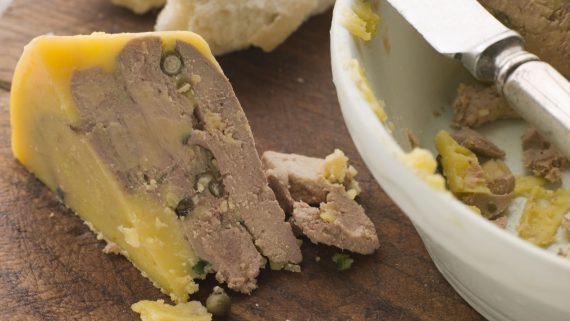 As we said, the production of foie gras by overfeeding the bird is currently prohibited in many places, although in many places there is still no legislation in this regard, so the EU recommendations leave a great space for interpretation. In any case, force feeding is prohibited in:

On the other hand, there are still 5 European countries where foie gras is produced and consumed: Spain, France, Belgium, Bulgaria and Hungary. In France, as in the vast majority of countries, foie gras is considered a luxury dish. In fact, it is usually consumed especially on special occasions, such as Christmas, New Years Eve, wedding parties or any other special occasions, etc.

The process of preparing foie gras consists, as already explained above, in overfeed the animal so that it accumulates fat in the liver, that is, it is based on exploiting the ability of birds such as duck or goose to accumulate this fat that it actually produces naturally to take advantage of it during the migration season.

For the preparation of the same, the animal goes through two phases: first, the pre-stuffed and, secondly, the stuffed. These processes involve hypertrophy of the liver of the duck or goose to finally sacrifice them. For consumption, foie gras can be presented in various formats.

Fresh foie gras can be of extra quality, in which case it is a liver of uniform color and firm texture, weighing about 450-600 g. The premium quality may have some spots or a less uniform color. The last group are those that present a lower quality: their size is small, they present little consistency and they can have bruises or spots.

Depending on its cooking, foie gras can be served fresh, semi-preserved or canned. It is considered fresh when the liver is raw, it is presented in a whole piece and its use is mainly intended for the hospitality industry. Thus, for example, it can be sliced ​​(schnitzel) and made in the pan, or baked to be consumed in tub my-cuit. 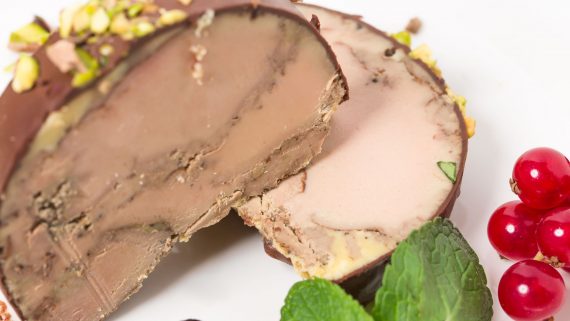 The version of canned foie gras consists, first of all, in placing it in an airtight container and subjecting it to a heat treatment that can reach temperatures of between 105 and 108 ° C. Canned foie gras remains in good condition for a period of 4 years and its flavor even improves with the passage of time. In fact, the best time to consume it is considered shortly before it expires.