Vaccines to travel to Brazil: what are the main diseases? 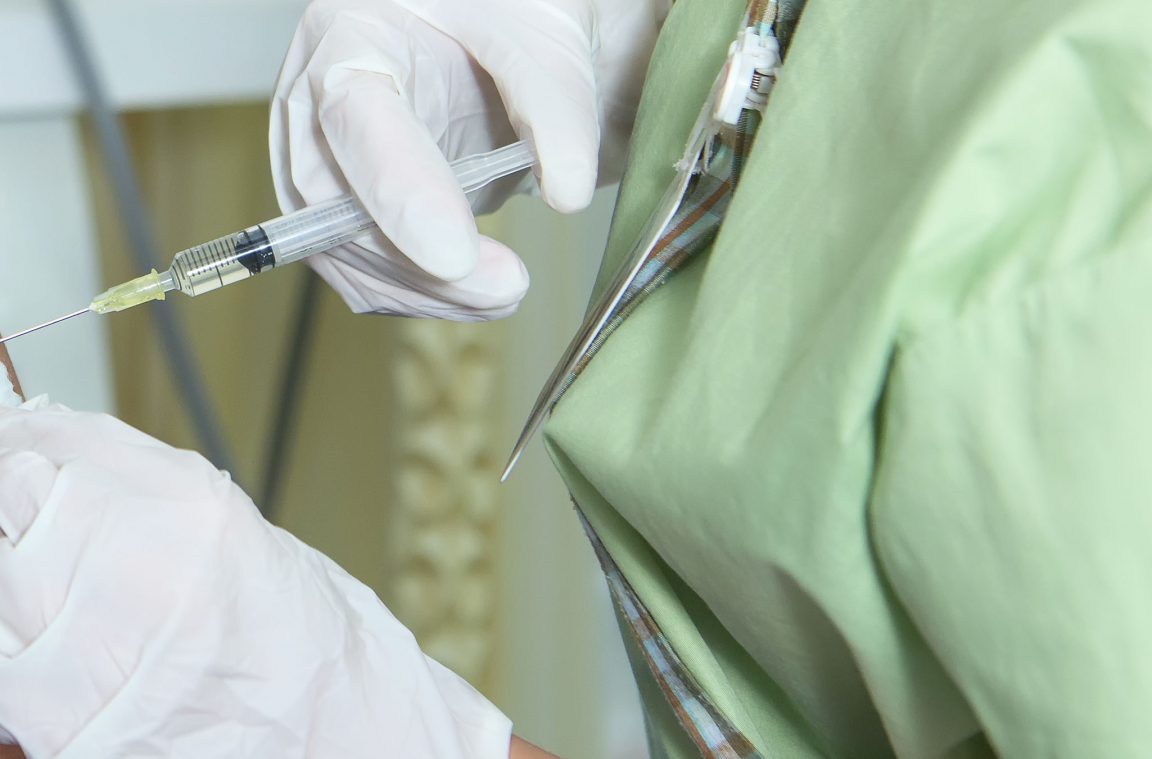 In Brazil we find several diseases that can pose a risk to the health of travelers, as is the case of yellow fever. Therefore, it is important to know them and to know what vaccines and health requirements must be taken into account to go to this country.

Vaccines to travel to Brazil: what are the main diseases?

In this country we find numerous ailments that are contagious, so precautionary measures should be taken. Several of them are listed as tropical.

In Brazil there is the possibility of contracting some of these disorders, which are present due to the country's climate. Most are transmitted by mosquitoes.

One of them is the yellow fever. The symptoms it produces are similar to those of the flu and occur between three and seven days after the bite occurs. The areas of greatest risk are the following: 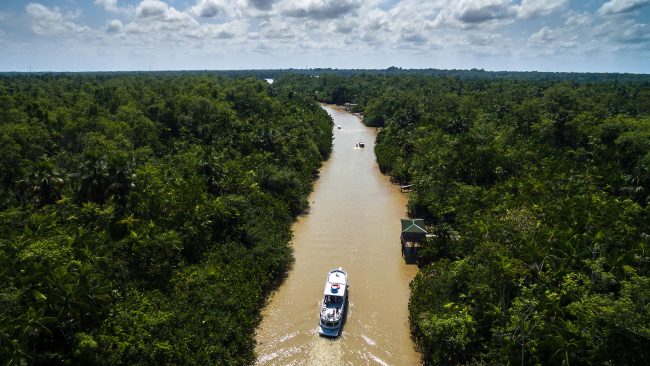 The Amazon and yellow fever

Malaria or malaria is an infection of the red blood cells. The first effects are headache and fever. It is considered endemic, as it is common in this country.

Dengue is also spread by a mosquito and it is not transmitted from person to person. It is more common in the rainy season. It produces severe pain, high fever and vomiting. Although there is no specific treatment, it can be overcome in two weeks. Leishmaniasis is also present, especially in Acre.

Onocerciasis, also known as river blindness, is infected through the bite of the black fly. This disease affects the skin and eyes. It causes intense itching, disfiguring skin conditions and eye injuries, which can lead to permanent blindness.

The latest virus to reach tropical regions has been Zika. It is transmitted by the mosquito Aedes aegypti, which also causes yellow fever, dengue and chikungunya fever, also present in the territory. This virus is dangerous, especially in pregnant women, as it can cause microcephaly in the fetus. 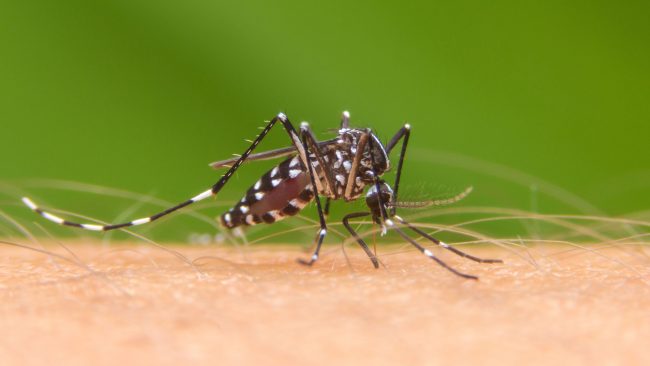 Aedes aegypti, the mosquito that transmits the Zika virus

There are other ailments that, although they are not related to the country's climate, are contagious, so they should be taken into account when traveling to Brazil.

The risk to contract tuberculosis and meningitis is rare, but it is advisable not to stay in closed spaces crowded with people. Brazil ranks 22nd in terms of tuberculosis incidence rate.

Brazilian spotted fever is present in the Belo Horizonte area. It is transmitted by ticks, but it can also be acquired from rodents that are already affected. 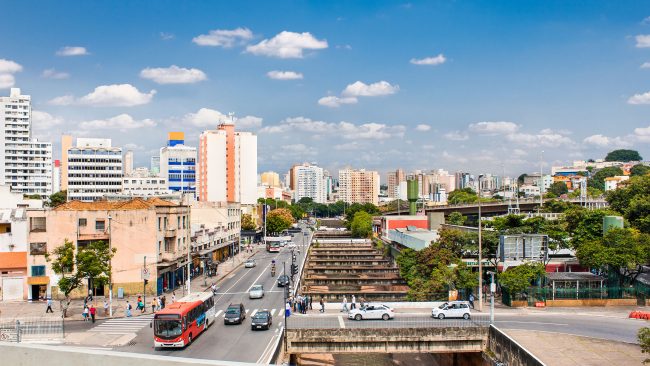 The presence of spotted fever in Belo Horizonte, Brazil

In Salvador de Bahia there is a certain risk of leptospirosis. It becomes infected through contact of the skin and mucous membranes with water and soil contaminated by the urine of infected animals. There are many species that can be carriers of this bacteria.

The WHO (World Health Organization) also affects venereal or sexually transmitted diseases such as AIDS (HIV). For this reason, risk practices should be avoided and we must not forget to use protection. As for Ebola, there is no risk in this country.

Although it is not a condition in itself, you must be careful on the beaches, because the bug do pe or sand flea penetrates the skin through the foot and can cause various complications.

Although they are present and important, these ailments are not the only problem for the population, since 30% of deaths in Brazil occur due to cardiovascular diseases. They mainly affect the poor population. 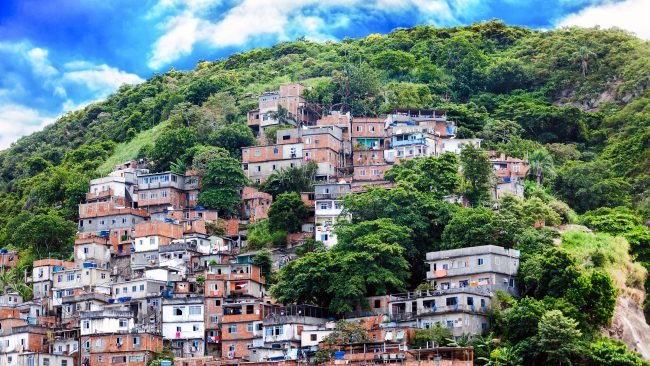 Most dangerous diseases for Brazilian inhabitants

In the town of Araras, Goiás, there is a disease rare known as xeroderma pigmentosum, which makes the skin extremely sensitive to sunlight. This increases the risk of skin cancer and causes the skin to "melt." However, it is convenient to know that it is not contagious.

Currently there is no mandatory vaccination to travel to Brazil. However, if you are going to leave the main cities and cross territories such as the Amazon, it is advisable to get vaccinated against yellow fever.

This can be put in travelers older than nine months. If it is the first time, it has to be administered ten days before the trip. It is also important to take it if you go to Cataract of the Iguazú.

Also, vaccination recommended for any area of ​​Brazil it is the following: 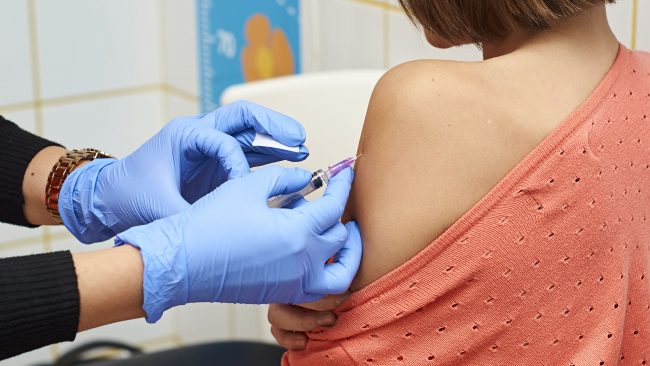 Recommended vaccines to go to Brazil

If you travel with a baby or young child, they must have their vaccinations in order, but no more is required.

Over the years there have been outbreaks of swine flu or H1N1, for which there is a vaccine. The same occurs with measles, against which special precautions were taken during the 2014 Soccer World Cup. Before traveling to Brazil, it is advisable to check the status of these ailments in the area.

The dengue vaccine is not widespread. It is beginning to be used in some countries and it is intended to spread in endemic areas of territories such as Brazil. There is no immunization against malaria.

The Ministry of Foreign Affairs and Cooperation of Spain prepares different health recommendations for tourists who are thinking of heading to Brazil.

As most of the diseases are transmitted by the mosquito, a repellent effective. Also, during the day, it is better to wear light-colored clothing that covers most of the body. The area of ​​greatest risk is the Northeast. 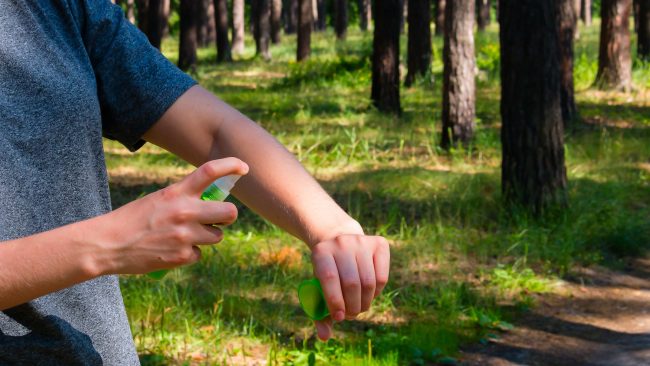 The importance of using mosquito repellent in Brazil

To avoid gastrointestinal infections, you should not drink tap water. Fruits and vegetables must be washed and disinfected. It is preferable to consume food cooked and purchased in quality establishments.

There are some beaches in the states of Santa Catarina and São Paulo where bathing is prohibited due to existing pollution. It is convenient to find out about the state of the coast.

Also, you always have to take out health insurance that has good coverage. This has to include at least hospitalization, surgery and repatriation. If medications are taken, they must be in their original box and with the prescription.

The Brazilian Institute of Tourism (Embratur), together with the Brazilian embassy in Buenos Aires and the Brazilian Federal Police, have drawn up a guide of advice for Argentines who decide to visit the country. 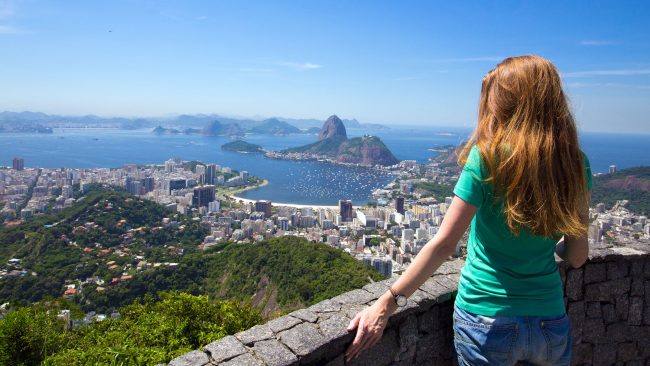 Health recommendations for traveling to Brazil

They are recommended to get vaccinated against yellow fever ten days before of the trip if they are going to visit some parts of the country such as Amazonas, Brasilia, or the northwest of the State of São Paulo.

For any problem during the visit, you can contact the Argentine Embassy in Brazil through this phone: +55 (61) 3364-7600. Also, if you want to know the rest of the indications, you can access them by clicking this link.

Tips for Mexicans and Chileans

The Ministry of Foreign Relations of Mexico offers some guidelines. In the sanitary aspect, it advises that Mexicans hire a insurance of medical expenses with international coverage.

Before traveling, it is convenient to find out if they are allergic to any medicine or food. In addition, they should avoid unsanitary areas, as they are places where you can contract dengue.

In the same way, the Ministry of Labor and Social Welfare of Chile also emphasizes that, whatever the destination, you must take out medical insurance and ensure the necessary vaccinations to avoid contracting any disease.

This article has been shared 75 times. We have spent many hours collecting this information. If you liked it, share it, please:

Share 75
We use our own and third-party cookies that offer us statistical data and your browsing habits; with this we improve our content, we can even show advertising related to your preferences. If you want to disable these cookies, press the Configure button. To keep all these cookies active, press the Accept button. More information in the Cookies Policy of our website.
Setting
Accept and Continue
Manage consents