Volcanic lava: a spectacle of color 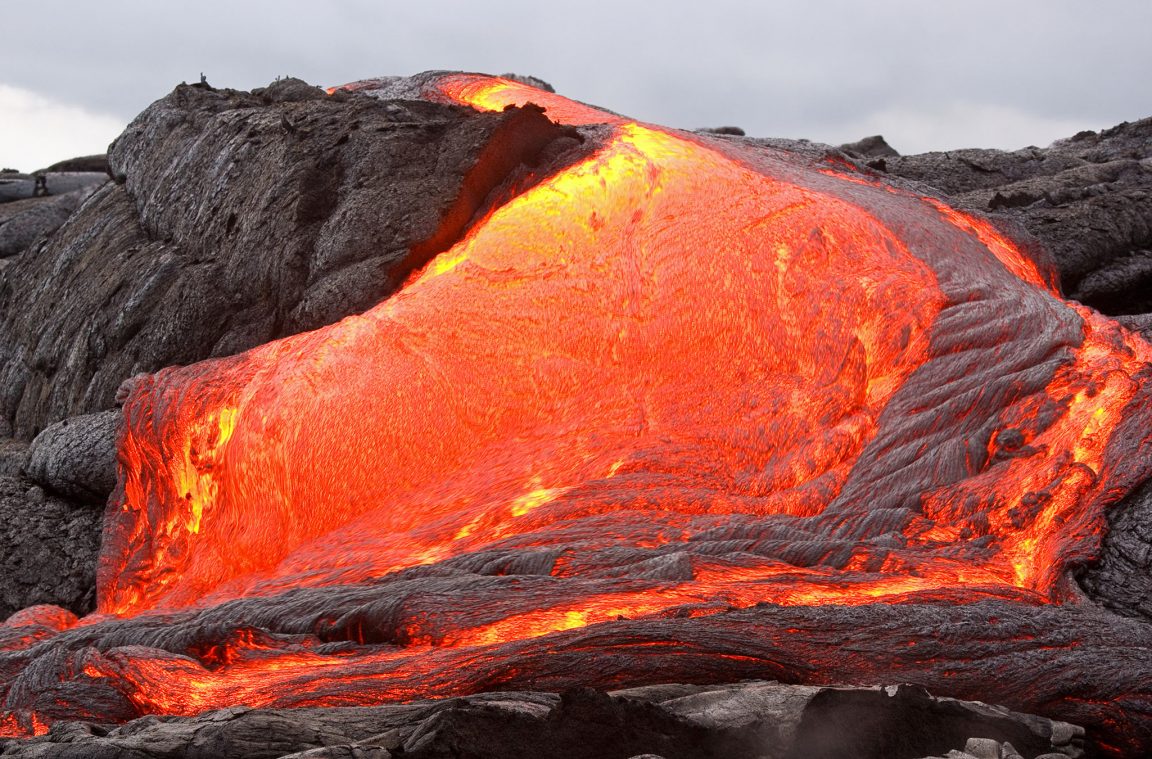 When a volcano erupts it expels volcanic lava. This phenomenon is very interesting, as well as dangerous. For this reason, we tell you what exactly this natural element is and we show you impressive images and videos.

Volcanic lava: a spectacle of color

Volcano lava is magma when it rises through the volcano or earth's crust and rises to the surface. Likewise, magma is rock that is molten due to high temperatures. Therefore, the lava of a volcano is in a liquid state.

Once lava has reached the surface, it usually travels a certain distance until it cools (initially it is between 700 and 1200 ºC), and dries or solidifies, at which point it turns into rock.

The speed of the lava's descent varies depending on the materials it is made of. However, the average is 40 kilometers per hour. In this video we can see a case in which the lava flows at high speed towards the sea, as if it were a waterfall. It is about the Kīlauea volcano, in Hawaii:

Regarding the types of lava, there are several classifications, although one of the most widespread is the following:

Aa
its name comes from Hawaiian and means stony with rough lava. It is quite rigid, so it has pointed pieces.
Afrolytic
it is colder and hardened, so it does not move too much. This is because it comes out after the volcano has expelled a large amount of gases.
Pad
When lava comes out under water, in the sea, contact with it causes it to cool quickly and acquire rounded shapes.
pahoehoe
this word is also Hawaiian and means soft. Lava comes out slowly and can travel long distances, which is why it is rounded in shape. 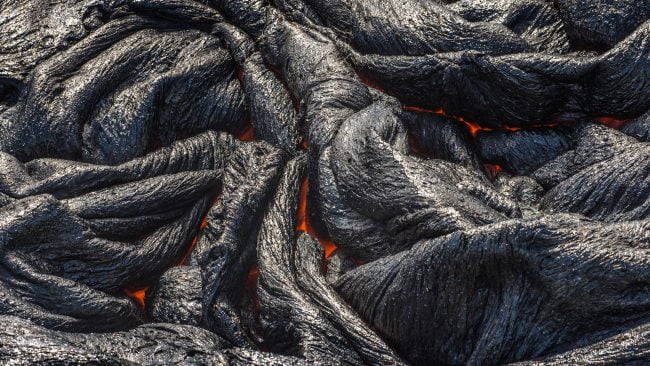 Volcanic lava of the pahoehoe type

Volcanic lava, once solidified, has multiple uses for people. For example, in construction, it is used to make a type of concrete. Furthermore, this material is a thermal insulation.

Its use in the garden is also on the rise, both for plant care and decoration. The same goes for fish tanks. 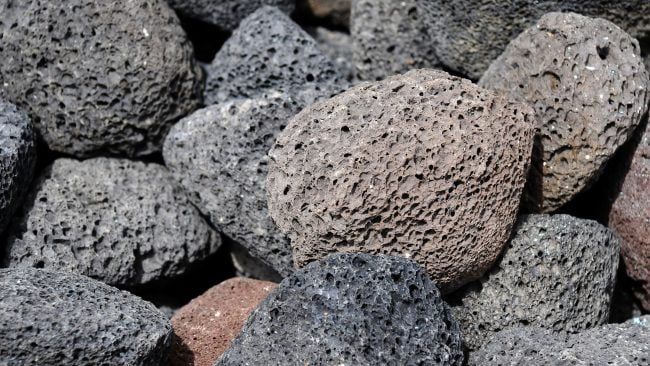 The different uses of volcanic lava

On the other hand, being a porous stone, it has the ability to filter, which is why it can be seen in some wastewater treatment plants. Even volcanic charcoal is great for grills and barbecues.

In the same way, it is common to find small volcanic rocks in jewelry. Also, some people think that these stones have magical or healing properties, although it is not scientifically proven. The properties of volcanic lava

Lava can occur in various ways, some of them in a shocking way, like the ones we narrate below:

There are some volcanoes that attract attention because their lava has something special. One of them is the Kawah Ijen volcano, in Indonesia, where lava is colored at night azul.

This is not because it is this color, but because this material is accompanied by gas with a high level of sulfur. Due to the collision with oxygen in the air, it ignites and causes this color. However, during the day, the phenomenon cannot be observed. In this video you can see how surprising it becomes:

Another special case is the Ol Doinyo Lengai volcano, also known as God's mountain. This lava is the most fluid and coldest in the world (its temperature is around 590 ºC).

These special characteristics make the lava appear black during the day, red at night, and when it comes into contact with water, it turns white. Also, lava can sometimes cause serious damage. The Pico do Fogo volcano in Cape Verde stands out, which tends to erupt several times every century and the consequences are sometimes dire.

In 2014, during its last eruption, the lava from the volcano engulfed entire towns such as Portela, roads and natural resources. We can see it in the following video:

Can you drink volcano lava?

No, taking this action would be fatal for the person, since lava is at more than 700 ºC and, in addition, it is made up of components toxic to the human body.

What is the formula for making homemade volcano lava?

The ingredients that are needed to recreate the lava coming out of a volcano are, on the one hand, water and bicarbonate, and, on the other, a few tablespoons of vinegar. When vinegar comes into contact with bicarbonate, a chemical reaction occurs. You can add food coloring to the water to make it look more like lava.

What happens if you put a can of cola in volcanic lava?

Contrary to what people think, there is no big explosion, instead some parts of the can melt and it is eventually slowly engulfed by the lava.

This article has been shared 19 times. We have spent many hours collecting this information. If you liked it, share it, please: Share 19
We use our own and third-party cookies that offer us statistical data and your browsing habits; with this we improve our content, we can even show advertising related to your preferences. If you want to disable these cookies, press the Configure button. To keep all these cookies active, press the Accept button. More information in the Cookies Policy of our website.
Setting
Accept and Continue
Manage consents