Central America is an area full of volcanoes, as it is located in the Pacific Ring of Fire. Some of them are quite dangerous due to their eruptions. In this list, ordered from lowest to highest altitude, we indicate the name of the most important. In addition, we inform you about location. Can you guess which country is the highest of all?

A famous volcano in Central America is Telica, located in the Maribios mountain range, in the department of León, Nicaragua. In recent years it has had several eruptions and explosions. It measures 1.060 m in altitude. 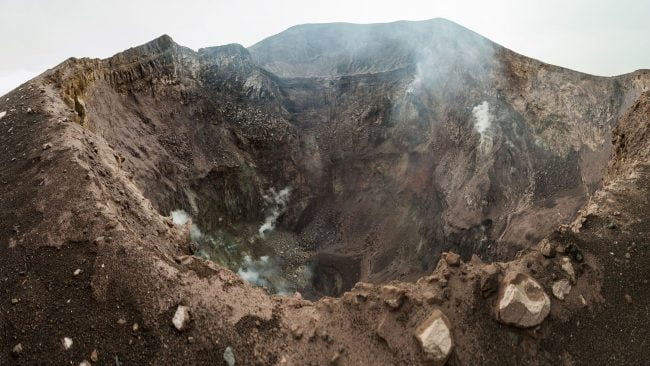 The impressive crater of the Telica volcano, in Nicaragua

The Arenal volcano, located in Costa Rica, has an altitude of 1.670 m. The 1968 eruption destroyed the towns of Tabacón and Pueblo Nuevo. Since 1984, it is constantly emitting gases and expelling lava. 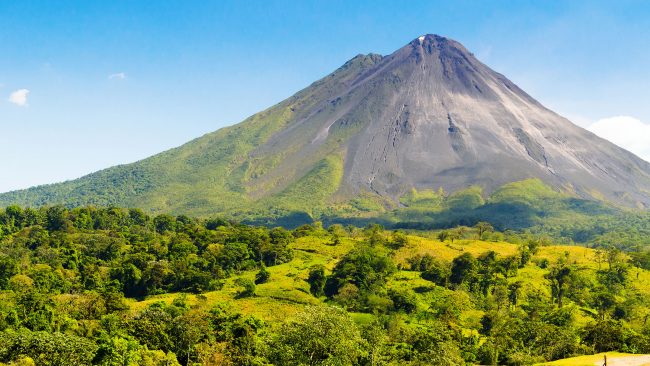 The legend of the Arenal volcano, in Costa Rica

In the north-west of Costa Rica, in Guanacaste, we find the Rincón de la Vieja volcano. It has an altitude of 1.895 m and a total of nine craters. Since 2011, it erupts practically every year. In this video you can see one of its craters, in which there is a lagoon hot water:

The Izalco volcano, in western El Salvador, is one of the youngest in the country and in America, since it originated in approximately 1770. It is also known as the Pacific Lighthouse, since its eruptions could be seen from the ocean (the last one was in 1966). It has an altitude of 1.950 m.

If you want to know more outstanding volcanoes in this country, we recommend the following article: Impressive images of the volcanoes of El Salvador. 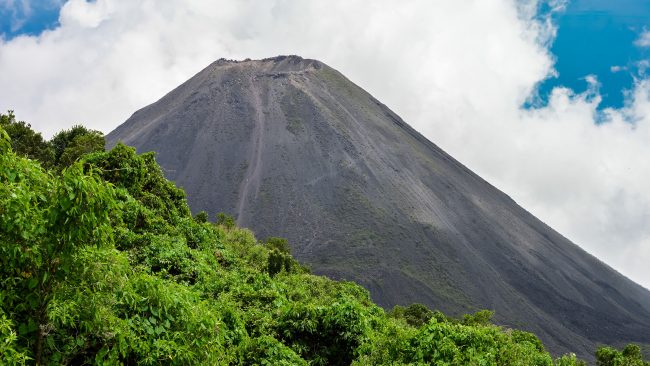 The Izalco volcano: one of the youngest in the territory

Among the municipalities of Guadalupe, Tepetitán, San Juan Nonualco and Zacatecoluca, in El Salvador, we find the San Vicente or Chinchontepec volcano, 2.181 m high. It is quite famous because on the south side of its base are some hot springs called the little hell. 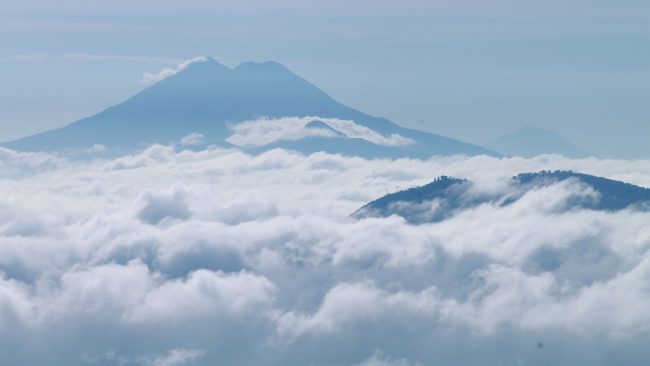 The San Vicente volcano and its hot springs, in El Salvador - by Alexander Bonilla

The highest volcano in Panama is the Barú, with 3.475 meters above sea level. It is located in the west of the country and its last eruption was approximately five centuries ago, but, despite being asleep, it is thought that in the next few years it could wake up again. They also call it the roof of Panama. 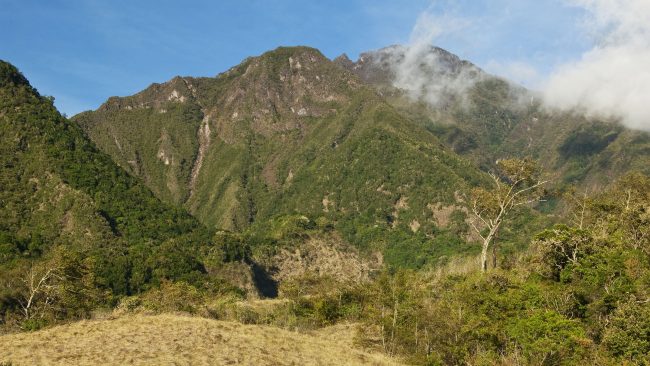 The Agua volcano is next to Santa María de Jesús and Antigua Guatemala, in Sacatepéquez, Guatemala. An important historical fact in relation to this volcano was the great flood of 1541 due to the torrents of water that descended through it. It has an altitude of 3.760 m. 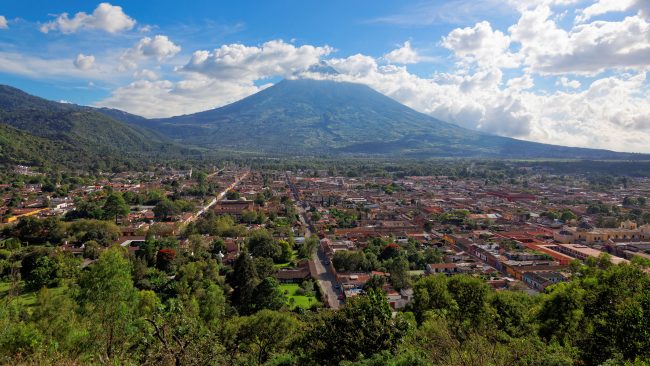 Antigua Guatemala: at the foot of the Agua volcano

The Fuego volcano, in the departments of Sacatepéquez, Escuintla and Chimaltenango, in Guatemala, is active and enters eruption every so often, as it did in 2012, 2015 and 2017. It has an altitude of 3.763 m. In the indigenous language Cakchiquel called Chi'gag, Meaning where is the fire. 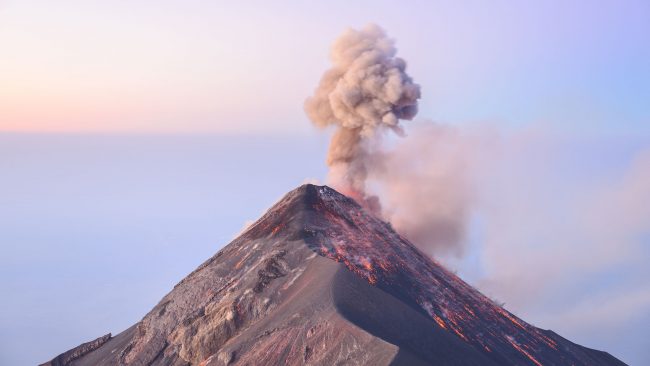 The destructive power of the Fuego volcano, in Guatemala

In western Guatemala we find the Santa María or Quetzaltenango volcano. In 1902 a great eruption took place, considered the third largest of the XNUMXth century worldwide. On that date, the ash reached a height of 28 km and there were around 6.000 fatalities. To this day, it is active. It measures 3.772 m in altitude. 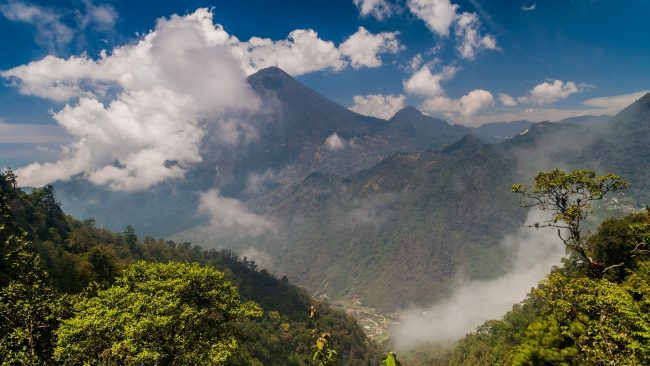 The altitude of the Santa María volcano, in Guatemala

The Tajumulco volcano, located in Guatemala, is the highest in Central America, as it is 4.222 meters high. In addition, it is extinct. For this reason, it is ideal for lovers of climbing.

In the native language mam, is known as chman. It is only 17 km from the border with Mexico. In this video we can see how hard the climb to its top can be:

This volcano has two different peaks and its slopes are used for agriculture, since they are quite fertile.

This article has been shared 48 times. We have spent many hours collecting this information. If you liked it, share it, please: 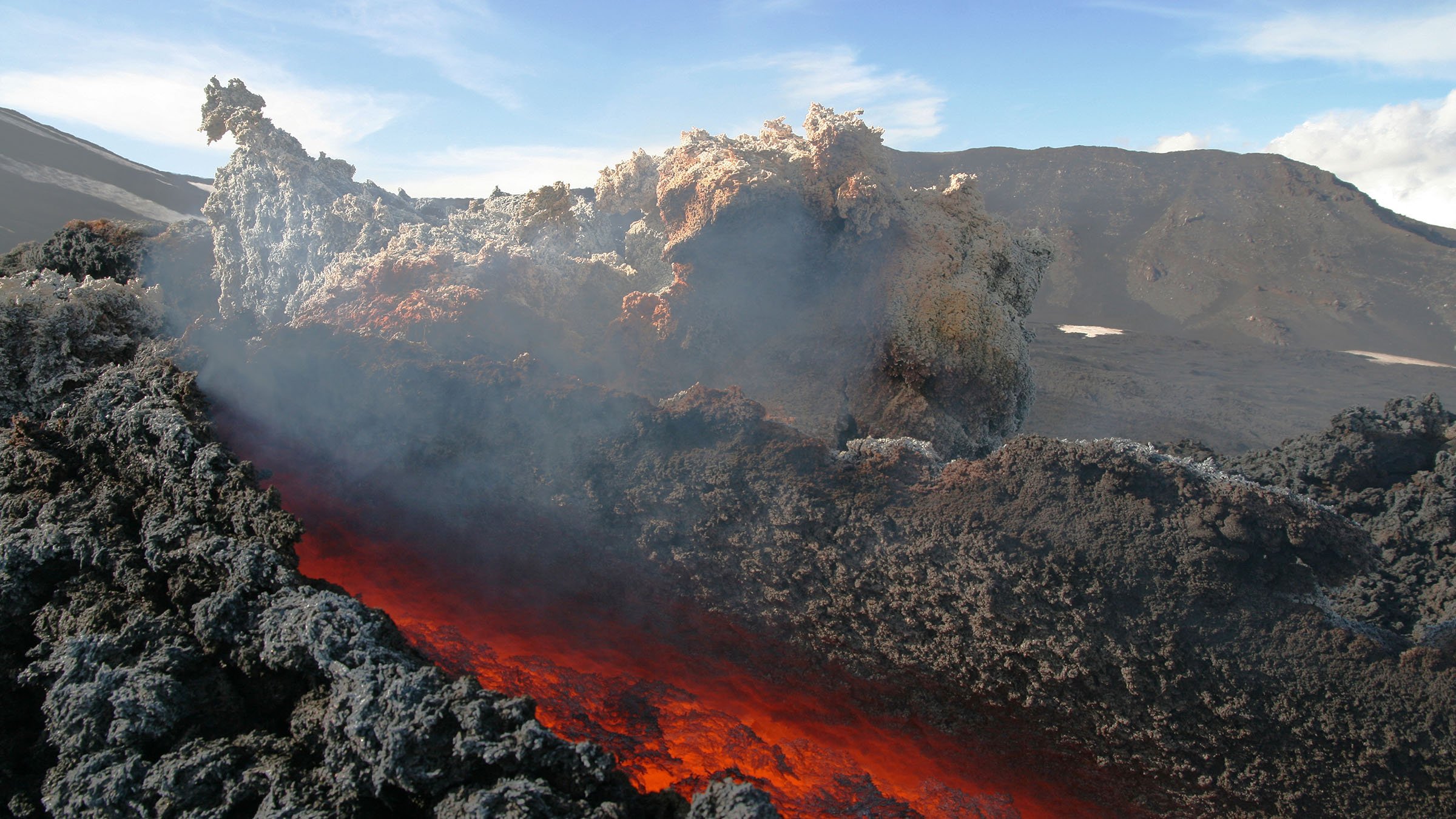