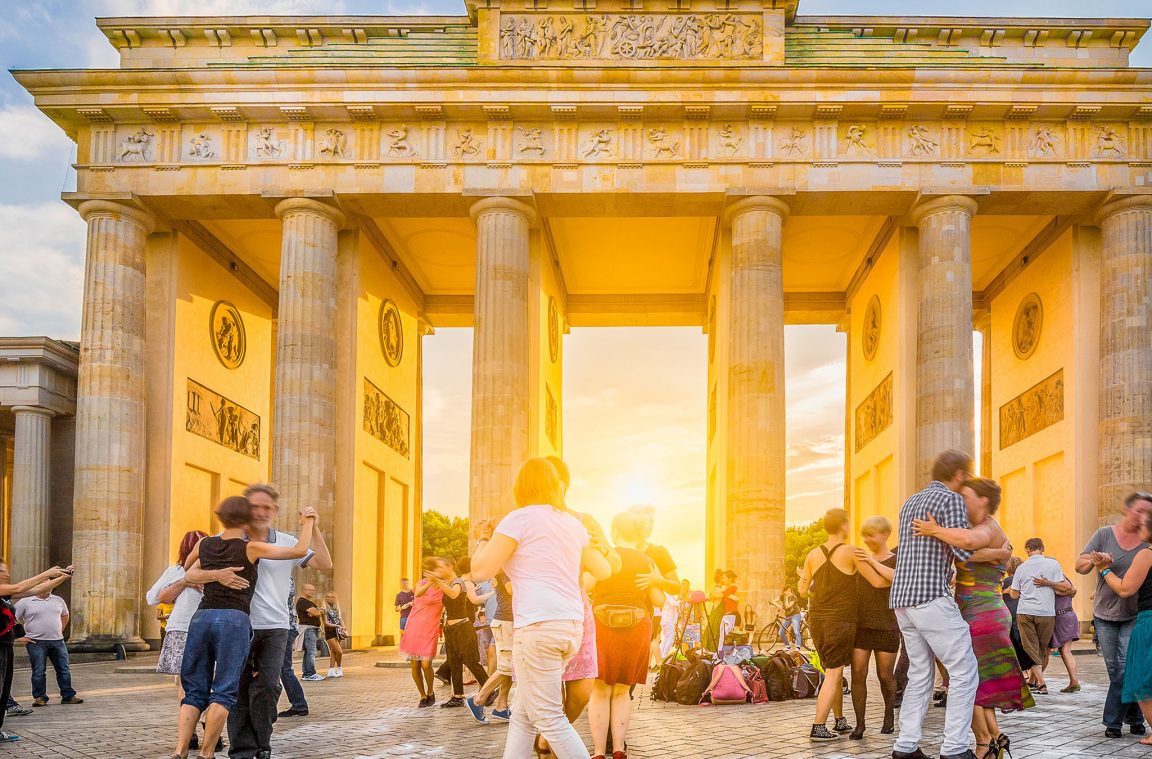 Although Germany does not have a national dance, we do find different traditional dances, among which the schuhplattler, the polka and the waltz. In what follows, we explain the history and characteristics of each one. Likewise, we indicate the regions in which they originated.

This typical dance comes from the alpine regions of Bavaria and Tirol, hence it is known in Spanish as «tyrolean dance«. It is popular in both Germany and Austria. His name literally means "hitting shoes."

Its exact origin is uncertain. However, there is evidence that it was practiced more than a thousand years ago. It is a popular dance, since it evolved from the hand of farmers, hunters and woodcutters from small towns.

It is from the eighteenth century when it begins to practice as it is known today. At the end of the XNUMXth century, clubs of traditional german costumes, in which these bailen were the main activity.

Despite the fact that in principle it was danced as a couple, its best known style ended up becoming an activity for men. In the past they did it to impress women. Today, it is also traditional among children.

Men hit the soles of their shoes, thighs, and knees with the palms of their hands. Meanwhile, the women revolve around them. It has no rules, it is improvised, and even stunts are executed. 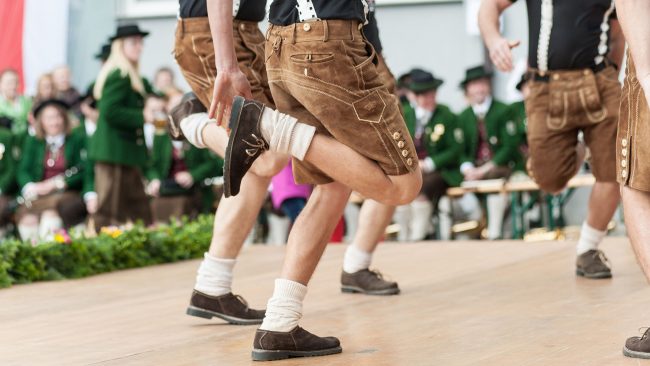 The Schuhplattler: traditional dance from Germany

During the representation, it is common to imitate some typical professions of the country, such as lumberjack (Wood chopper). There is more of 150 songs with which you can practice the schuhplattler.

The polka emerged in the XNUMXth century in Bohemia, a territory that today belongs to the Czech Republic. It is believed that its creator was Anna Slezáková, a woman who danced to accompany a folk song called "Uncle Nimra has bought a white horse."

Music teacher Josef Neruda was in charge of developing and popularizing it. Little by little, it spread to other countries such as Austria, France and the United Kingdom. It also became part of German culture.

It's a dance that takes place in pairs. It has a two-by-four measure and is fast time. It is common for it to be represented at important parties such as the Oktoberfest. In Germany, we also find the oom-pah, which derives from the polka.

This dance is also popular in some areas of South America such as Brazil and Argentina, where it is practiced in some cities, among which we find Quilmes. It is also practiced by the Volga Germans, inhabitants of Latin America whose ancestors were Germans from the Volga River area, in Russia.

This composition was very popular between the XNUMXth and XNUMXth centuries in Austria, Switzerland and Germany, especially in Bavaria. It is of peasant origin, although later the elite of society began to practice it.

His music can be instrumental or also accompanied with the voice. It has a three by four measure and is danced in pairs. It's a choreography intense, in which the rhythm is marked with the footsteps.

When dancing it, the bodies of the couple get quite close. For this reason, at first it was frowned upon. The Church and the authorities tried to ban it, as it was not considered appropriate.

As in the rest of the dances, when practicing them the typical costume from Germany: The Dirndl and Lederhosen. If you want to know more about this topic, visit the following article: What are the typical German costumes for men and women?

Like the Ländler, from which it received influences, the Waltz was condemned at the beginning of the XNUMXth century. However, it was later accepted. It had its heyday after World War II. 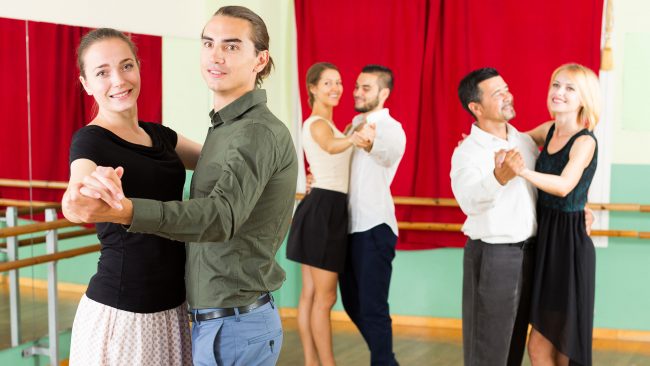 The waltz: a dance popularized in Germany

It's a ballroom dancing for couples, with a slow rhythm and a three-by-four beat. It has different variants, such as the English waltz or the Viennese waltz, which is faster.

To practice it, you must have a straight pose, since only the legs move. Rotating and reciprocating movements are performed. The man puts his right hand on the woman's back and with his left they shake hands.

Many prominent musicians composed waltzes known throughout the world, such as Pyotr Ilyich Tchaikovsky, Frédéric Chopin or Johann Strauss, author of "The Blue Danube." You can listen to this waltz in the following video.

El zweifacher It is a regional dance of southern Germany, practiced mainly in Bavaria. It is from the XNUMXth century and its name is translated into Spanish as "two times" or "double."

It does not have other names like schweinauer o Grinder. In total, you can dance to 112 different songs, which are known with 474 names different.

It is a fast-paced dance with irregular timing. It is executed in pairs, in a close position. It has steps similar to those of the waltz. However, some parts are reminiscent of the polka.

El maypole refers to the trunk of a tree decorated with colored ribbons that is planted in the May Day, a holiday celebrated on May 1. In other countries, it is known as May Day.

The center of the celebration is the tree, known as maypole. Around this a traditional dance takes place: each participant takes one of the ribbons that hang from the tree. Women rotate in one direction and men in the opposite. In the following video of YouTube we can see a representation.

During this holiday, Germans, dressed in typical costumes, gather in the open air, dance and taste the local gastronomy. This festival of pagan origin commemorates the beginning of spring. 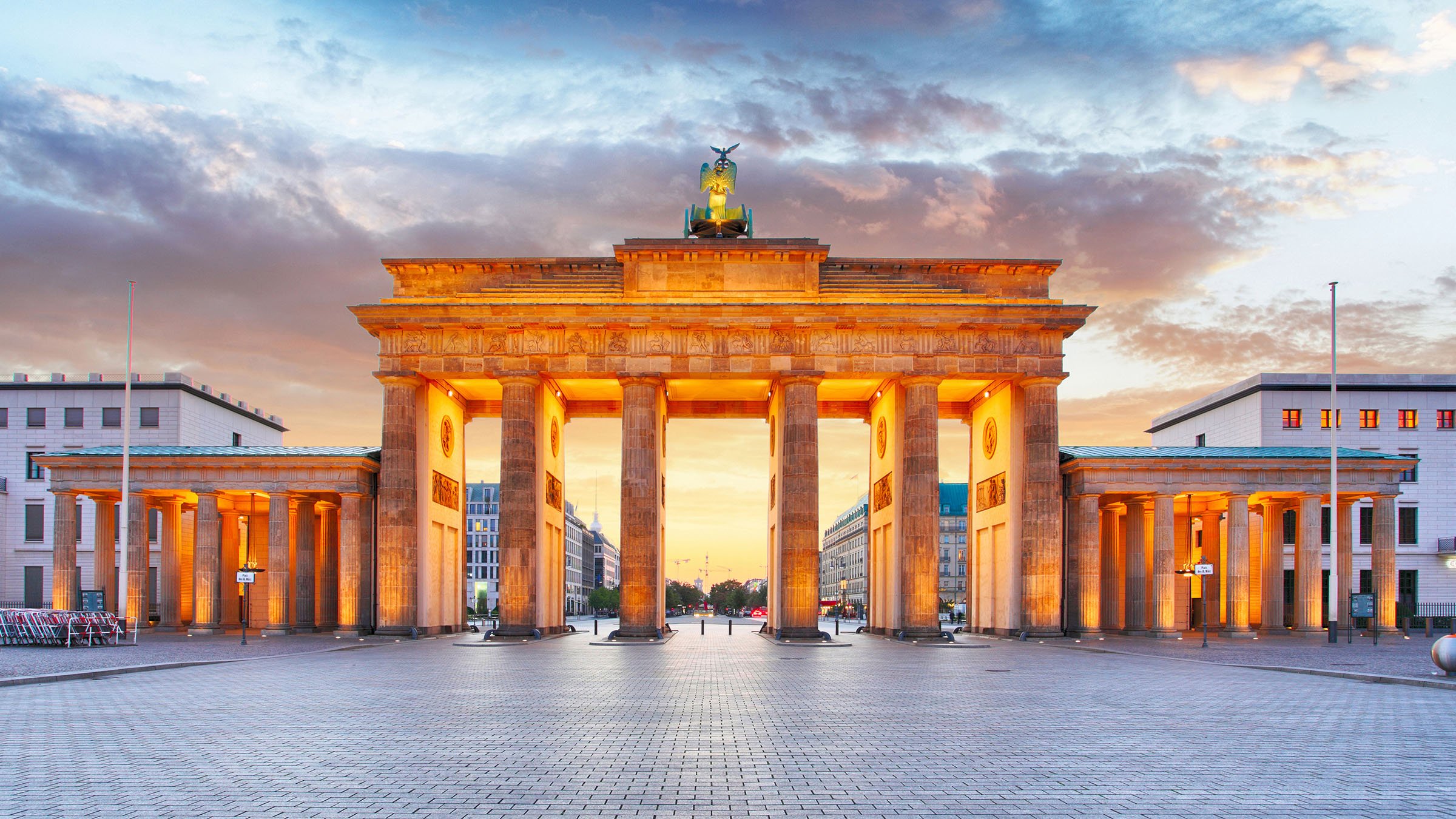 Share 119
We use our own and third-party cookies that offer us statistical data and your browsing habits; with this we improve our content, we can even show advertising related to your preferences. If you want to disable these cookies, press the Configure button. To keep all these cookies active, press the Accept button. More information in the Cookies policy of our website.
Setup
Accept and Continue
Manage consents