Impressive images of the 15 largest deserts in the world

In various parts of the world we find amazing deserts that are surprising for their size. In this list, we show you, ordered from smallest to largest size, where are the largest and what is its extension. In addition, we show you unique images. Which is the largest desert in the world?

In Turkish, Karakum means black sand. This desert is located in Central Asia, specifically in Turkmenistan. It is common to see cattle from camels, as well as ground squirrel, a kind of squirrels. It covers an area of ​​284.900 km². 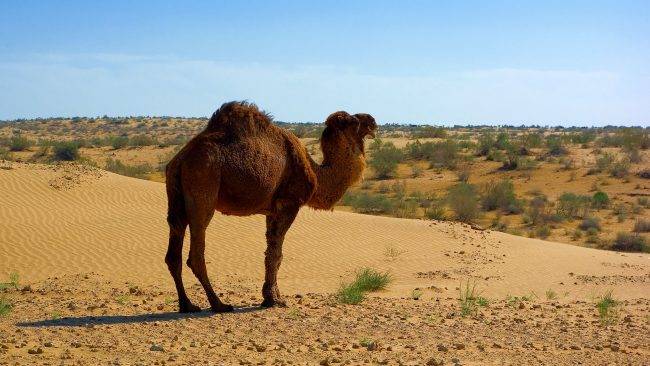 The fauna of the Karakum desert

The Sonoran desert is also called gila desert and it is located between the United States and Mexico. In it live the seris, a indigenous group whose language has no relation to any other. It has an area of ​​311.000 km². 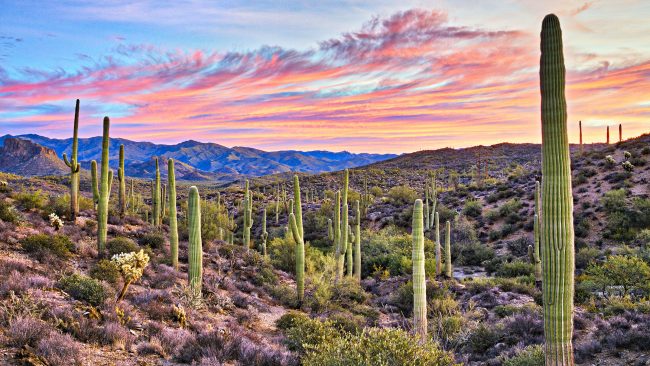 The settlers of the Sonoran desert

The other featured desert of Australia it is the Great Sandy Desert, with 360.000 km². In it, rainfall is more abundant than in other areas of the same type, as it can exceed 300 mm per year in some areas. 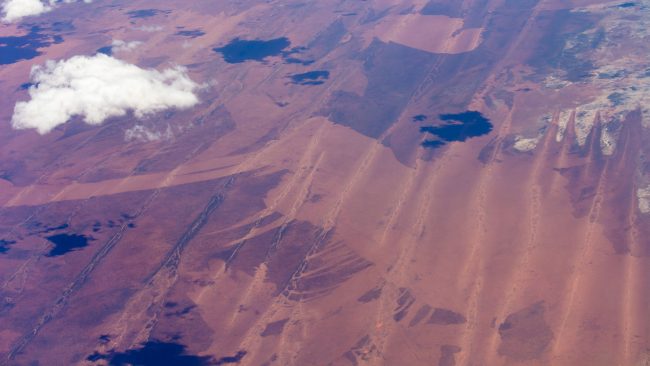 In southern Australia is the Great Victoria Desert, which has an area of ​​424.000 km². Some towns live in it aboriginal. If you want to know more about them, you can find more information in this article: Australian Aborigines: the country's indigenous tribes. 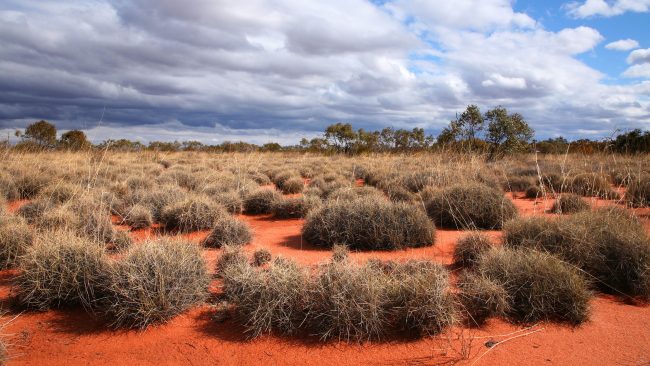 The Great Victoria Desert: the largest in Australia

The Chihuahuan Desert, at 450.000 km², is the largest in North America. Temperatures in summer range between 35 and 40 ºC, but in winter they are much lower. 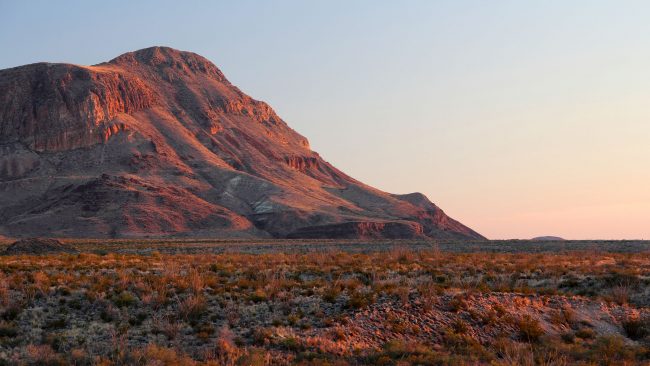 In the north of the Arabian peninsula, specifically in Syria, Jordan and Iraq, we find the Syrian desert. In it is located Palmira, an ancient city that is declared Heritage by UNESCO but that, in recent years, has seen some of its parts destroyed. It comprises around 500.000 km². 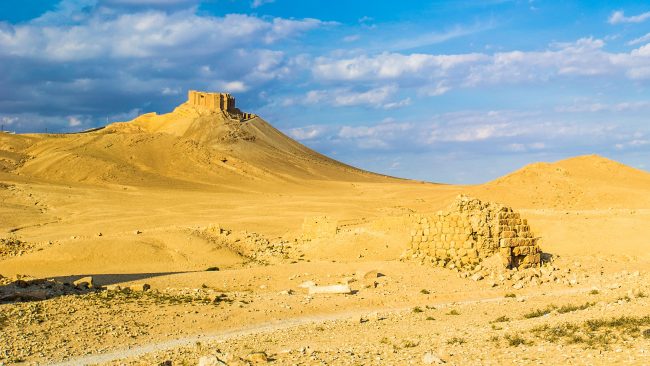 Archaeological remains in the Syrian desert

The Rub al-Jali desert is located within the Arabian desert. It is a practically uninhabited area, except for some indigenous peoples, since the temperature can reach 55 ºC. There are dunes up to 300 meters high. It has an area of ​​650.000 km². 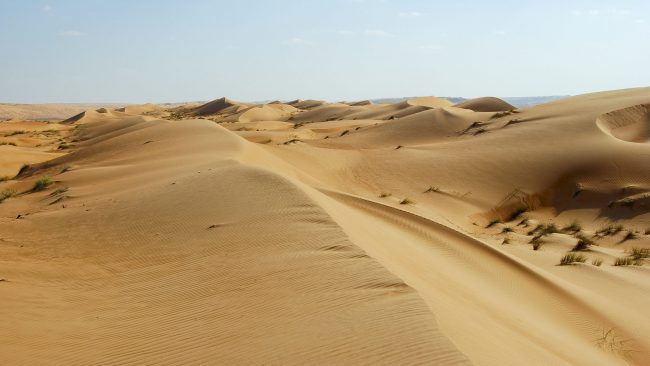 The inhospitable desert of Rub al-Khali

The Patagonian desert is in South America, specifically in Argentina and some areas of Chile. It has an area of ​​670.000 km². In it you can find some preserved paintings. 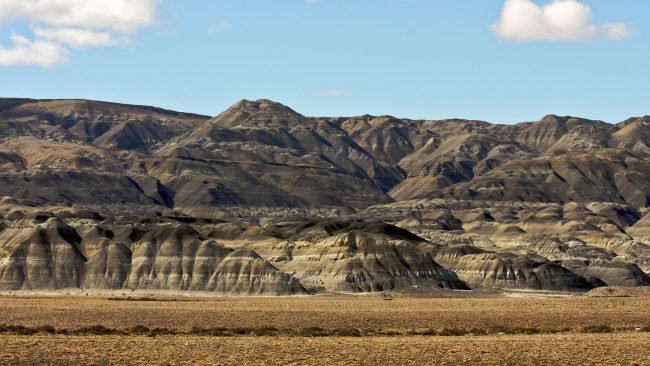 The Patagonian desert: among the largest in the world

In southwestern Africa, the Kalahari desert is located, which extends over 930.000 km², in Botswana, Namibia and South Africa. It is also known as the red desert due to the color of its sand. 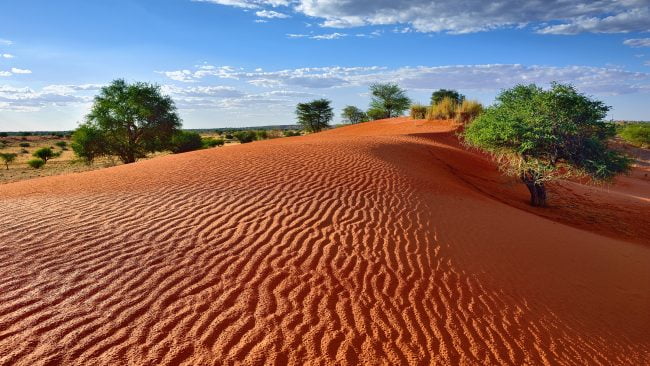 The Kalahari desert: a unique territory

The Libyan desert is located within the Sahara, specifically to the north, in Egypt, Libya and Sudan. Inside we find seven oases, as well as ancient volcanic craters. It has an area of ​​1.100.000 km². 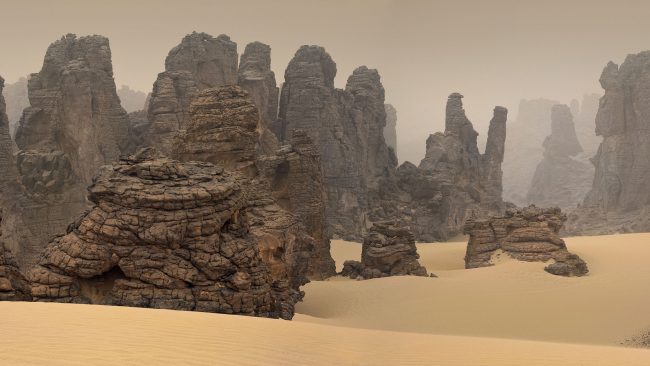 Between the north of China and the south of Mongolia we find the Gobi desert, with 1.295.000 km². In its interior we find several cities through which the Silk Road, an important trade network. On the other hand, you can cross this area with the Trans-Mongolian railway. 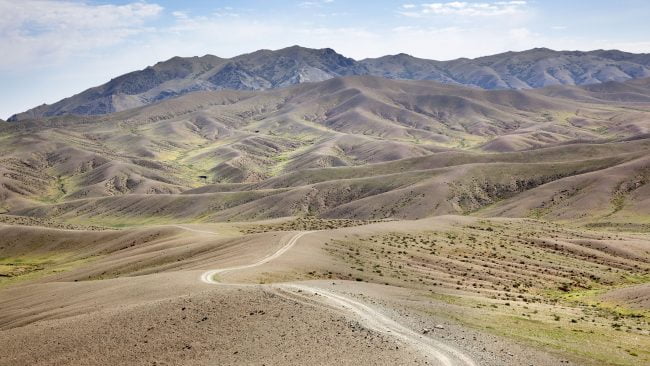 The Gobi desert and the Silk Road

This desert is located on the Arabian peninsula and has 2.330.000 km². It is spread in several countries, among which we find Saudi Arabia, United Arab Emirates, Jordan and Iraq. 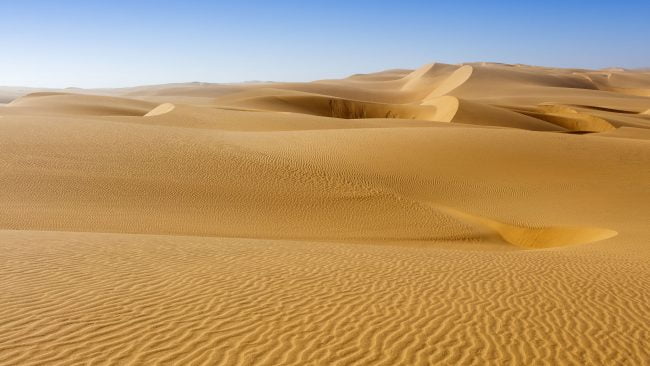 The extent of the Arab desert

The Sahara is the desert warm biggest in the world. It is located in North Africa and covers more than 9.065.000 km² spread over eleven different countries. If you want to know interesting facts about him, we recommend the following article: 15 surprising curiosities about the Sahara desert. 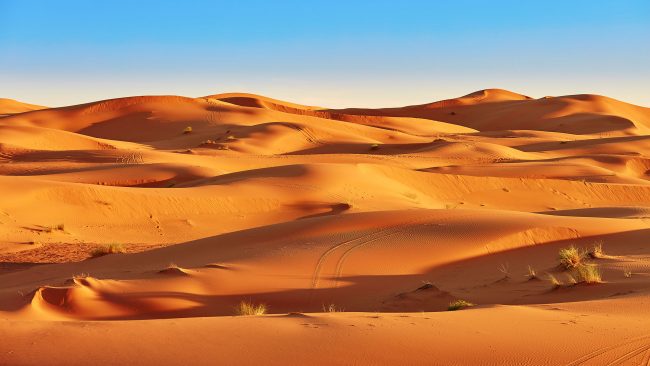 The Sahara: the largest hot desert in the world

Believe it or not, the Arctic is considered a desert, since the rainfall does not exceed 200 mm per year. It is the second largest and is found in the north of the Earth. 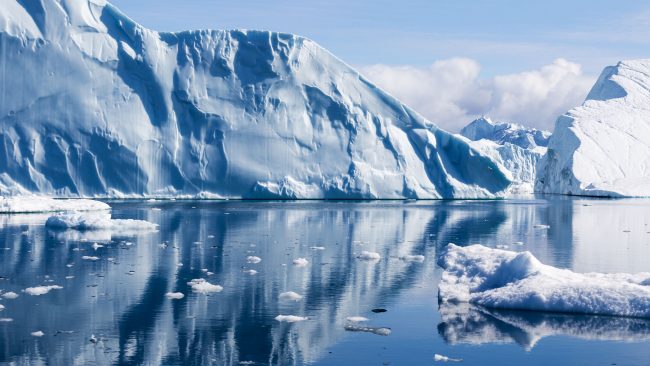 The Arctic: a desert in danger

It has almost 14 million km² and in it we find different animal species, such as the polar bear. Currently, the biggest problem in this area is thawing caused by rising temperatures. 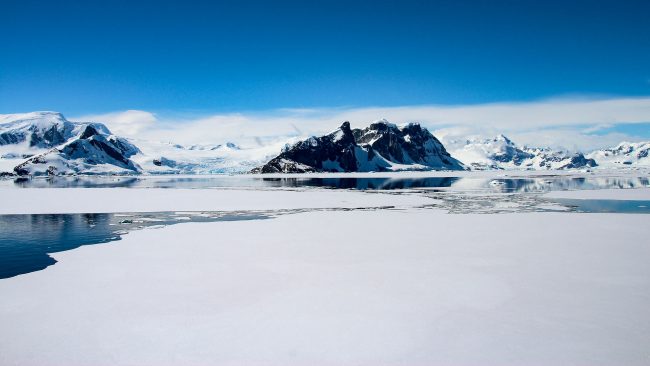 Antarctica: the largest desert in the world

In this video you can see this impressive desert, as well as one of the most amazing phenomena on the planet: the Northern Lights.

This area is the southernmost continent on the planet. In it, the low rainfall means that there can hardly be life. They have reached -90 ºC.

Share 25
We use our own and third-party cookies that offer us statistical data and your browsing habits; with this we improve our content, we can even show advertising related to your preferences. If you want to disable these cookies, press the Configure button. To keep all these cookies active, press the Accept button. More information in the Cookies policy of our website.
Setup
Accept and Continue
Manage consents