What are the main customs and traditions of Canada? 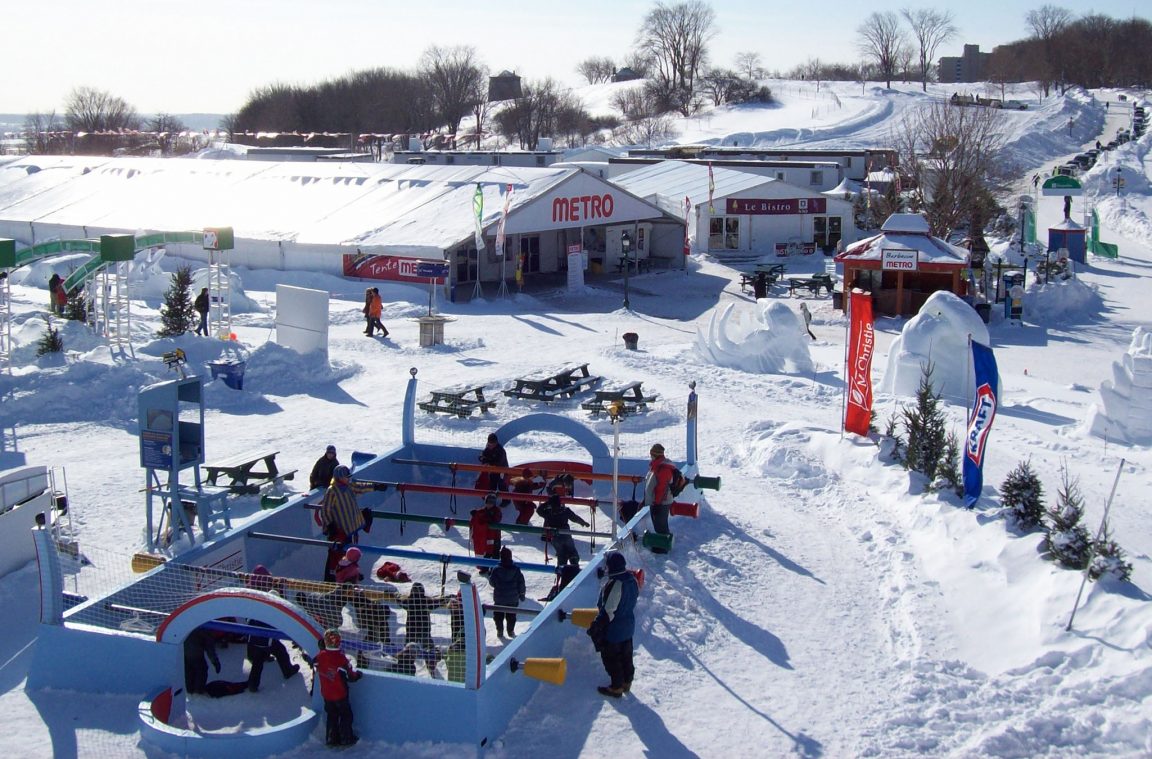 In Canada we find different customs that may be strange to other cultures. In this article, we explain the most important festivals and traditions of this bilingual country, as well as the eating and social habits of its inhabitants.

What are the main customs and traditions of Canada?

Throughout the year, numerous traditional festivals are celebrated that attract both the national and international public. In February the Winter carnival, in which ice sculptures are made and parades are held. The one in Quebec stands out, where an ice castle is built in which it is located Fellow, a well-known snowman.

In the same month it takes place on the Rideau Canal, Ottawa, the Winterlude, a festival that celebrates winter. Also in February we find the Grape and Wine Fair in Niagara.

Between the end of June and the beginning of July, the Montreal Jazz Festival, considered the most important in the world. It attracts around two million people. 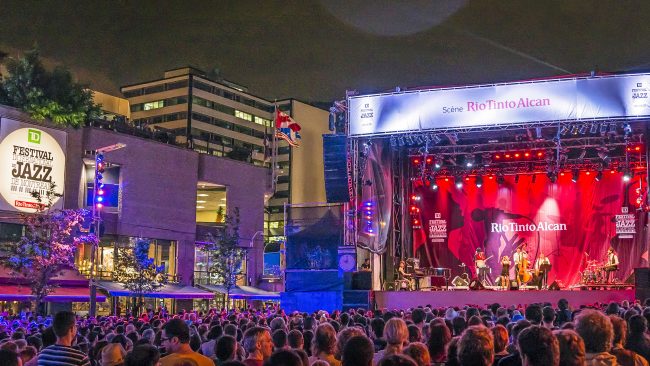 July 1 is Canada's National Day, when the country's independence is celebrated with parades, fireworks, and shows. During this month the Calgary Stampede is celebrated, in which tribute is paid to the culture of the Old West.

Also, the second Monday in October is Thanksgiving. During the day, families gather and prepare to eat turkey with red cranberry sauce, pumpkin pie, and apple pie.

Christmas is a very important time in the country and, therefore, from the beginning of December, we can see the streets, shops and houses decorated with the Christmas tree and other decorations.

Also, light festivals are held in which millions of light bulbs are used, as for example in the Vancouver Botanical Garden. On the other hand, in Toronto the Santa Claus Parade is organized, which has more than a hundred years of history. 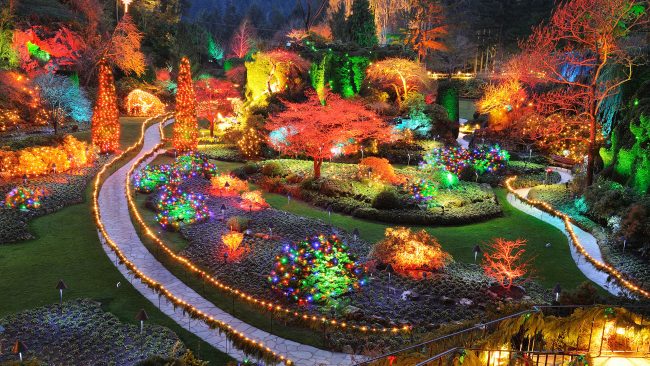 December 24 is Christmas Eve or Christmas Eve. That night comes Santa Claus to the children's houses to distribute the gifts, which are usually opened the next morning. Turkey is eaten as a family on Christmas Day, although pork pie is more common in Quebec. Fireworks are frequent, especially in large cities such as Calgary (Alberta) and Ottawa (Ontario).

December 26 is the Boxing Day, the day the sales begin. During this time the Sinck tuck, an Eskimo festival characterized by its dances and songs.

Newfundlands highlights the rare Christmas tradition of the mummers, some masked men who are making noise through the streets until a neighbor recognizes them and gives them sweets. In Nova Scotia, the costumed go as Santa Claus.

Canadians celebrate the arrival of the New Year while being cold, since on January 1, despite the fact that it is winter, the "Polar Bear Swim" takes place, in which participants bathe in the frozen Pacific Sea. 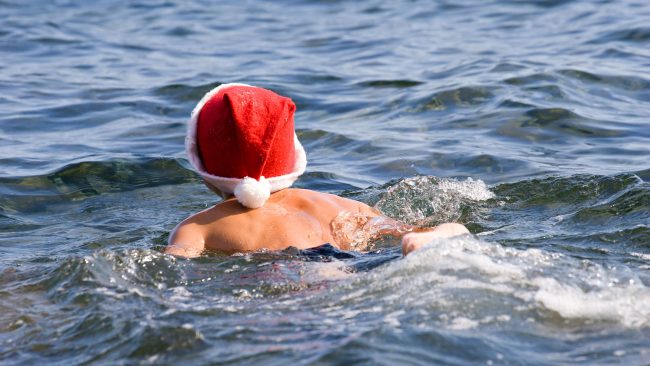 The people of Canada are open with new people and, due to their immigration policy, they are interested in other cultures. It is even common for them to greet and smile at strangers.

When greeting you shake hands and always stay true physical distance. They address the other person by her last name, until she invites her to call her by her first name. In establishments you always say hello and thank you.

If you are invited to a lunch or dinner, it is important to be punctual and bring a gift, such as a bottle of wine or some flowers. Also, you must remove your shoes at the entrance. 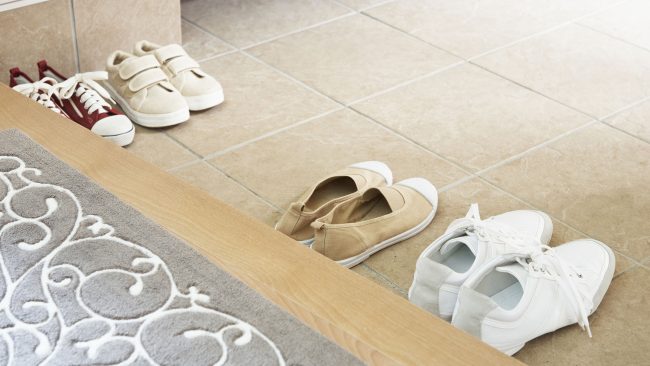 The Canadian custom of removing your shoes when entering the home

Depending on each region, there are different cultural habits. For example, in Quebec, being an area of ​​French origin, they tend to be more reserved and formal, and to say hello they give two kisses.

As for the family, for Canadians it is quite important. They like to spend time together and eat with the children. All family models are respected: single parents, with parents of the same sex, etc.

Also, both men and women often work outside the home. However, there is a wage gap between both sexes and women spend more time doing housework and caring for children.

There are numerous Celebrity that come from Canada. They tend to have more glamorous lifestyle habits than the rest of the population. Some of the best known Canadians today are Justin Bieber, Celine Dion, and Pamela Anderson. 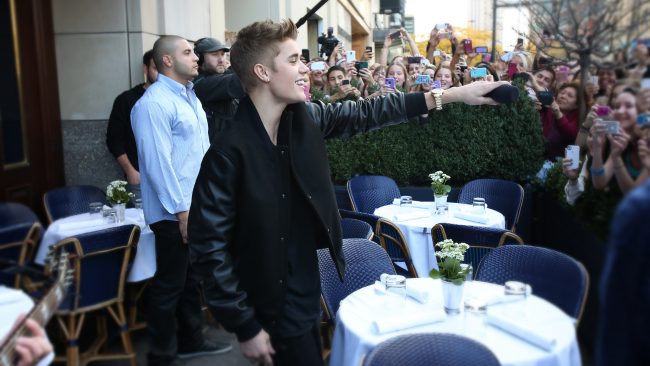 Justin Bieber: a star of Canadian origin - by Lwp Kommunikáció

In this country it is usually eaten three times a day: for breakfast, lunch and dinner. The latter is considered the most important meal and is made around five in the afternoon, which is early compared to other countries.

As for culinary customs, there are differences between regions. The canadian gastronomy It is influenced by American, English and French cuisine.

Among the typical dishes we find fresh seafood, roast beef and game meat. The sweets that cannot be missed are the Maple syrup, the bar Nanaimo (made with waffle) and donuts. 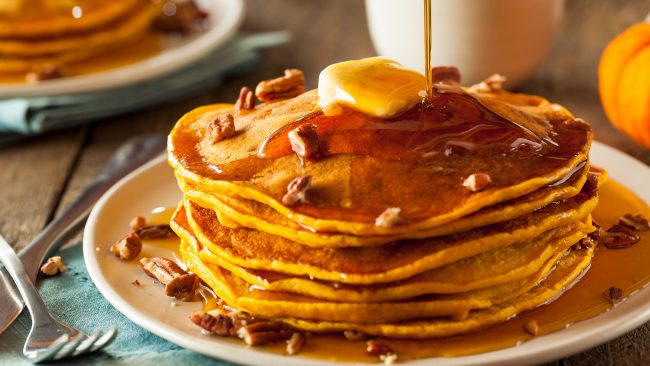 You can only get alcoholic beverages in specialized stores. However, the typical Canadian drinks are ice wine (characterized by its sweetness), beer and Canadian whiskey.

If you decide to try the food of this country in a restaurant, it is important to know that when paying you must leave a tip of between 10 and 15%. Failure to do so is considered rude.

Canadians have responsible consumption habits, since they are aware of the problems of the environment. However, they tend to get carried away by the products that are in fashion.

The three aspects that are most important when buying a product are quality, origin and price. They are also used to quality sales and after-sales service. 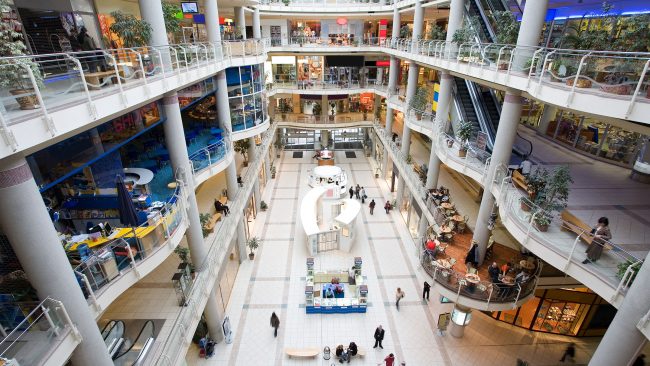 The consumption habits of Canadians

The Prices they are high, due in part to the purchasing power of consumers. Internet purchases have increased notably in recent years, as has the consumption of organic products. The official currency of the country is Canadian dollar.

Canadian folklore has two very different origins, from which it has inherited its tradition. One is the European current of France and the United Kingdom, and the other the indigenous peoples: the Indians and the Eskimos.

Some come from Europe Folkloric dances like the cuadrilla and the couple's round, both ballroom dancing. On the other hand, some ritual dances have remained from the natives, as well as myths and legends.

They do not have typical costumes, but one of the most prominent is the Mounted Police uniform, which is always on horseback and is characterized by its red jacket. Another is the indigenous clothing. 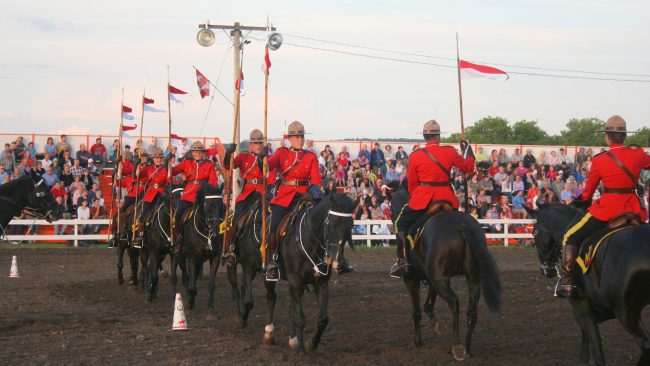 The Canadian Mounted Police: A National Benchmark - by Robert Taylor

Traditions are reflected in some of the festivals which we have already named, such as the Calgary Stampede. However, Canada is a multicultural country due to the influx of immigrants from all over the world.

Traditionally, Canadians continue to marry in the Church. At the end of the ceremony, the guests throw rice or wheat to the bride and groom, which symbolize fertility.

The bride's dress is white. This usually wears the face covered with a veil. Likewise, it is typical for him to wear something old, something new, something borrowed and something blue. 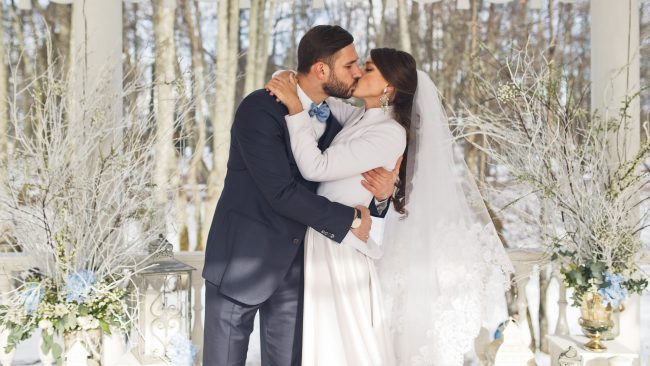 Canadian weddings and their traditions

At the banquet, it is common to form a "wedding wheel" or wedding wheel- Guests form two lines and pay a dollar or more to dance with one of the newlyweds.

In the French area of ​​Canada they have their own customs. The most prominent is the «sock dance«: The unmarried brothers of the bride and groom wear funny socks and dance while the guests throw money at them.

Another tradition of French origin is to meet at the bride's house, and then go by caravan to the place of the wedding. Cars are honking to let people know that a couple is getting married.

Sport is another key aspect of Canadian culture and is very popular with all ages. National sports are the hockey on ice and lacrosse, which is practiced in summer. 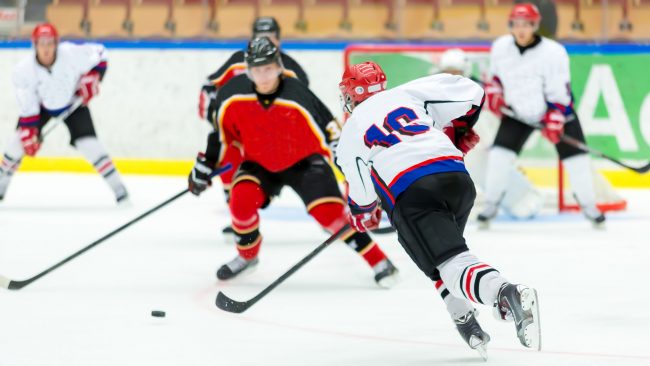 Since they are young, Canadians learn to play hockey, as competitions are held both at school and at the university. The National Hockey League (NHL) attracts millions of viewers each year.

Another outstanding sport is basketball. Although it is not so practiced, it is followed by a good part of the population, especially the competitions of the NBA (National Basketball Association).

The making of contact between business people is always done with respect. They greet by shaking hands and maintaining eye contact. Once presented, the contact cards, which they look at before putting them away.

When there is a meeting, they distribute a folder to all attendees with the topics to be discussed. All aspects have been decided in advance, so they do not talk about what has not been agreed.

As for the negotiations, despite not being excessively harsh, they need time and patience. They examine each part of the deal carefully, so reaching an agreement may require several trips and encounters.

This article has been shared 254 times. We have spent many hours collecting this information. If you liked it, share it, please:

Share 254
We use our own and third-party cookies that offer us statistical data and your browsing habits; with this we improve our content, we can even show advertising related to your preferences. If you want to disable these cookies, press the Configure button. To keep all these cookies active, press the Accept button. More information in the Cookies policy of our website.
Setup
Accept and Continue
Manage consents