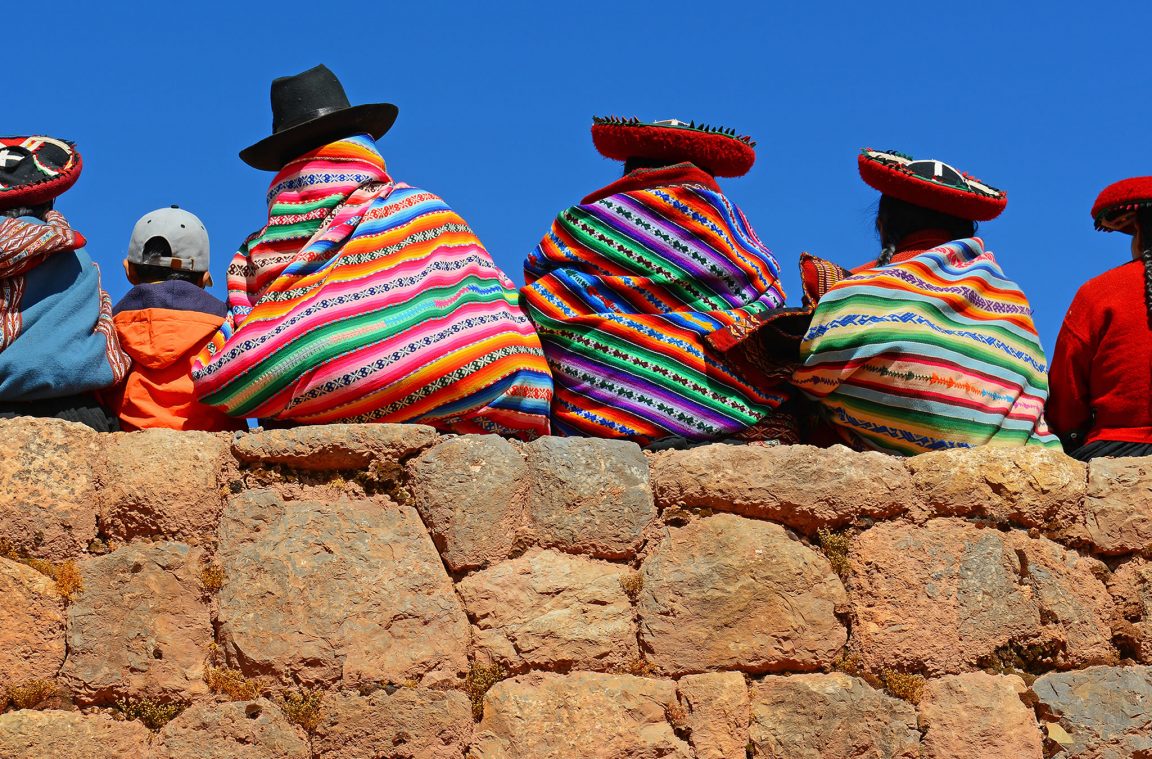 To talk about typical costumes of the American continent, it is necessary to make a distinction between the 3 subcontinents that compose it: South America, Central America and North America. As we will see in the following list, there are numerous differences between the typical clothing of each country.

The typical clothes of Guatemala It is probably the most colorful of all and draws attention because the use of various animal prints (among them, exotic birds), stars, flowers ... Strong colors predominate, such as red, fuchsia or yellow.

In the Guatemalan department of chimaltenango, women wear a garment called guipil, characterized by its V or square neckline with a black velvet trim on the edge of the neck. The skirt is rolled around the waist and reaches to the ankles. Both parts stand out for their vivid colors and characteristic embroidery. 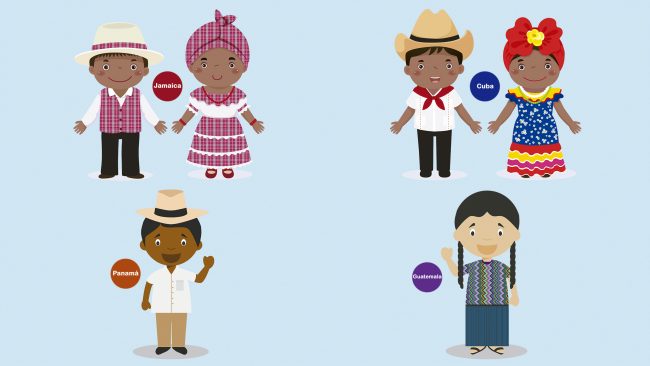 Drawings of typical costumes of Central America and insular America

En Honduras you can find numerous outfits for women. For example, the peasant dress is used in practically all Honduran regions. Also the famous flowered suit, made with very colorful flower fabrics and used for dances such as the cuadrillas or the Warsaw dance.

As in many other Latin American countries, Nicaraguan traditional clothing is intrinsically linked to its typical dances. Thus, the buzzard dance is a very representative example. For their interpretation, the women wear an orange suit with black edges and a flower to match the dress is placed in their hair.

As for El Salvador, we can say that its national costumes go very hand in hand with its popular festivals, which is why most are used in popular dances. Some of them are: the costume of the volcano, the poblana, the izalqueña, the panchas ... The famous "blue and white" costume for women represents the colors of the salvadoran flag. 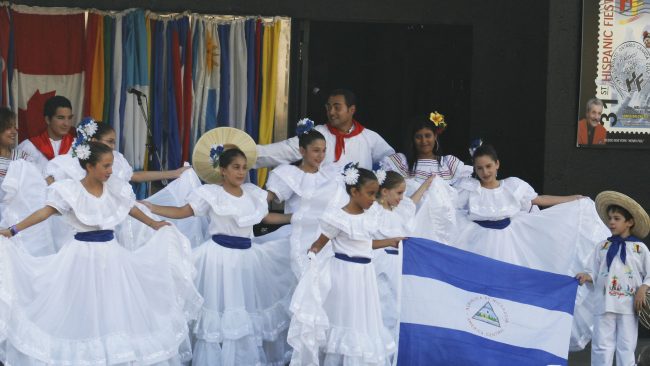 The Antilles area, better known as insular America, is made up of various archipelagos whose location is between the Caribbean Sea and the Atlantic Ocean. The variety of Central American countries and territorial divisions located in this part of America explains the long and varied cultural tradition of each of these nations.

The typical Cuban costumes are made mostly with natural cotton and in them comfort is sought in order to be able to withstand high temperatures. Men usually wear jeans or cotton pants, and on top a T-shirt known as guayabera, a traditional Cuban garment that is characterized by being a shirt with pockets and, sometimes, embroidery.

The feminine dress of Cuba par excellence is the Cuban robe, used at parties, celebrations and other special events. It is famous throughout the world for its colors and numerous ruffles. Its history is related to the style of the Spanish dancers and singers of the XNUMXth century, as well as the clothes of the wealthy Creole ladies of the time. 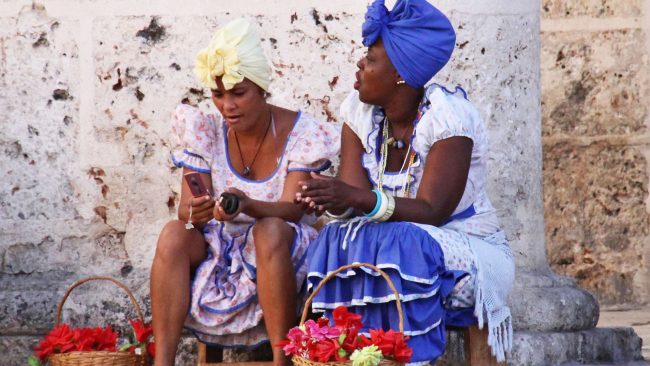 Puerto RicoAlthough she belongs to the United States, she keeps her Caribbean roots alive, something that is reflected in her traditional clothing. Most of the garments are made with cotton, a tradition inherited from the indigenous people, who used this material to make petticoats. The basic color of the female costume is white, although it is adorned with dresses and ribbons. 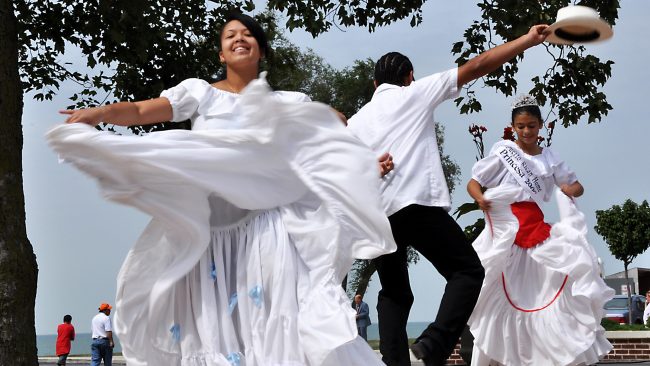 Puerto Rico and its traditional costumes - by Rona Proudfoot

In the regional dress of the Dominican Republic you can see the colors of its flag, that is, blue, white and red. The origin of this feminine costume dates back to 1969, when it was chosen through a contest organized by the Secretary of State for Tourism. It is a costume based on the clothing worn by the peasantry.

In the southern part of America, a characteristic shared by practically all countries is the use of multi-colored fabrics. The typical costumes for women are similar too, with the use of long skirts and with flight, ornaments on the head and various trinkets.

Chile It is one of the most developed South American countries in which, however, the folklore inherited from antiquity continues to be crucial for its inhabitants and represents the set of customs and traditions of the country. Their regional costumes are differentiated by the materials used in each region.

The variety of inhabitants of the northern area of ​​Chile makes costumes such as that of the Aymara woman stand out, who daily uses a kind of blanket that covers the chest called awayo and a cloth hat. In the central and southern areas, comfort is above all. 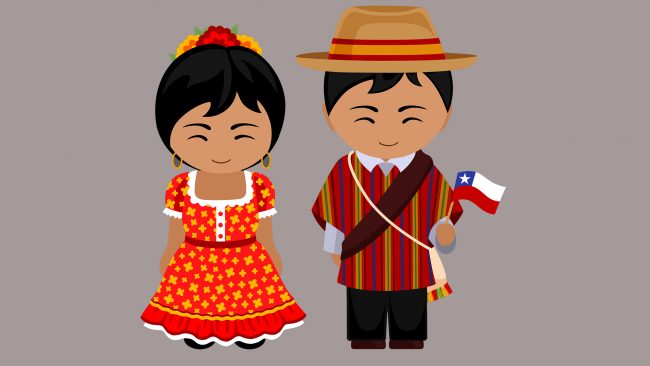 Drawing of the typical Chilean costumes

Others Chilean female costumes They have been represented in the "Dolls of The World" ranking, where the famous Barbie doll has been dressed in the most important costumes of the countries of the world. The typical Chilean costume is currently at the top of the ranking.

Peru It is one of the emerging American countries that maintains its ancestral customs the most alive. This is something that can be observed in the typical clothing of the Peruvian Andes, where the way people dress responds to the need to protect themselves from the cold. A very typical garment is the chullo, a type of wool hat that covers the head, including the ears.

On the other hand, the inhabitants of the Peruvian coast wear ponchos and skirts made of cotton or silk in the case of women, while men usually wear a straw hat to protect themselves from the Sun. In the Peruvian jungle, both men and women they wear the famous tunic called cushma, adorned with geometric figures and colors of the region.

From Colombia we highlight above all the typical costumes of the Caribbean Region, especially that of San Basilio de Palenque, where a large part of the population is of African origin. The attire of the palenqueras is striking, which consists of a dress of different colors. In addition, they usually go with a basin on their head full of fruits. 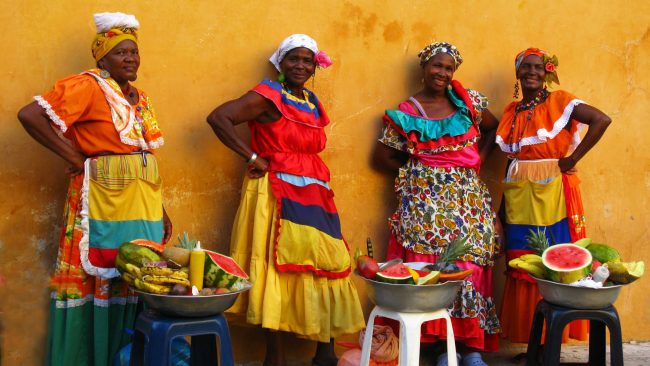 Palenqueras from Colombia with typical costume - by Luz Adriana Villa

Venezuela, Bolivia and Ecuador They are examples of South American countries where the typical costumes are related to the typical dances of the country. Thus, in Venezuela the one of the Llanos stands out, known as liquiliqui, while in Ecuador the most famous folk clothing is that of Quito (its capital) or Otavalo, where men wear a poncho.

From Anglo-Saxon America it is worth highlighting the typical United States costumes, currently used for special occasions, such as costume parties or national holiday periods. An example of this is the Independence Day attire, celebrated every July 4, where Americans dress in the colors red, blue and white in representation of their flag. The Uncle Sam costume or Uncle Sam is the most popular.

On the other hand, the legacy of indigenous communities in the US it is indisputable, especially that of the american indians. The clothing with which these human groups are usually represented includes the well-known feather headdress, called in English warbonnet, used in ancient times by warriors as a symbol of heroicity and bravery. In reality, the costumes of the native Indians have elements similar to those of the Andean Region. 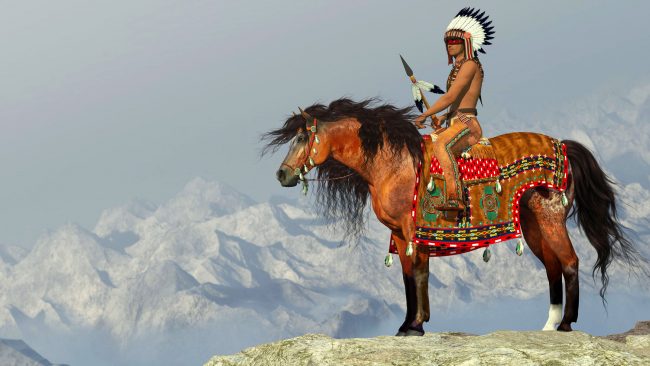 The traditional Canadian clothing that stands out the most is that of the different indigenous groups that inhabited the country in the past. The Naskapi Indian people lived in northeastern Quebec and made garments characterized by their drawings made from reindeer skin and painted with natural plant pigments. The Royal Canadian Mounted Police uniform is also highly representative.

The typical costumes of Mexico They are a symbol of the great cultural tradition existing in this North American country. From him we highlight the folkloric clothes of Veracruz for women, which is composed of a wide white skirt decorated with embroidery and varied lace. Over the blouse, the same color and without sleeves, a black velvet apron decorated with flowers is placed.

Share 40
We use our own and third-party cookies that offer us statistical data and your browsing habits; with this we improve our content, we can even show advertising related to your preferences. If you want to disable these cookies, press the Configure button. To keep all these cookies active, press the Accept button. More information in the Cookies policy of our website.
Setup
Accept and Continue
Manage consents