The 15 most gay-friendly countries in the world 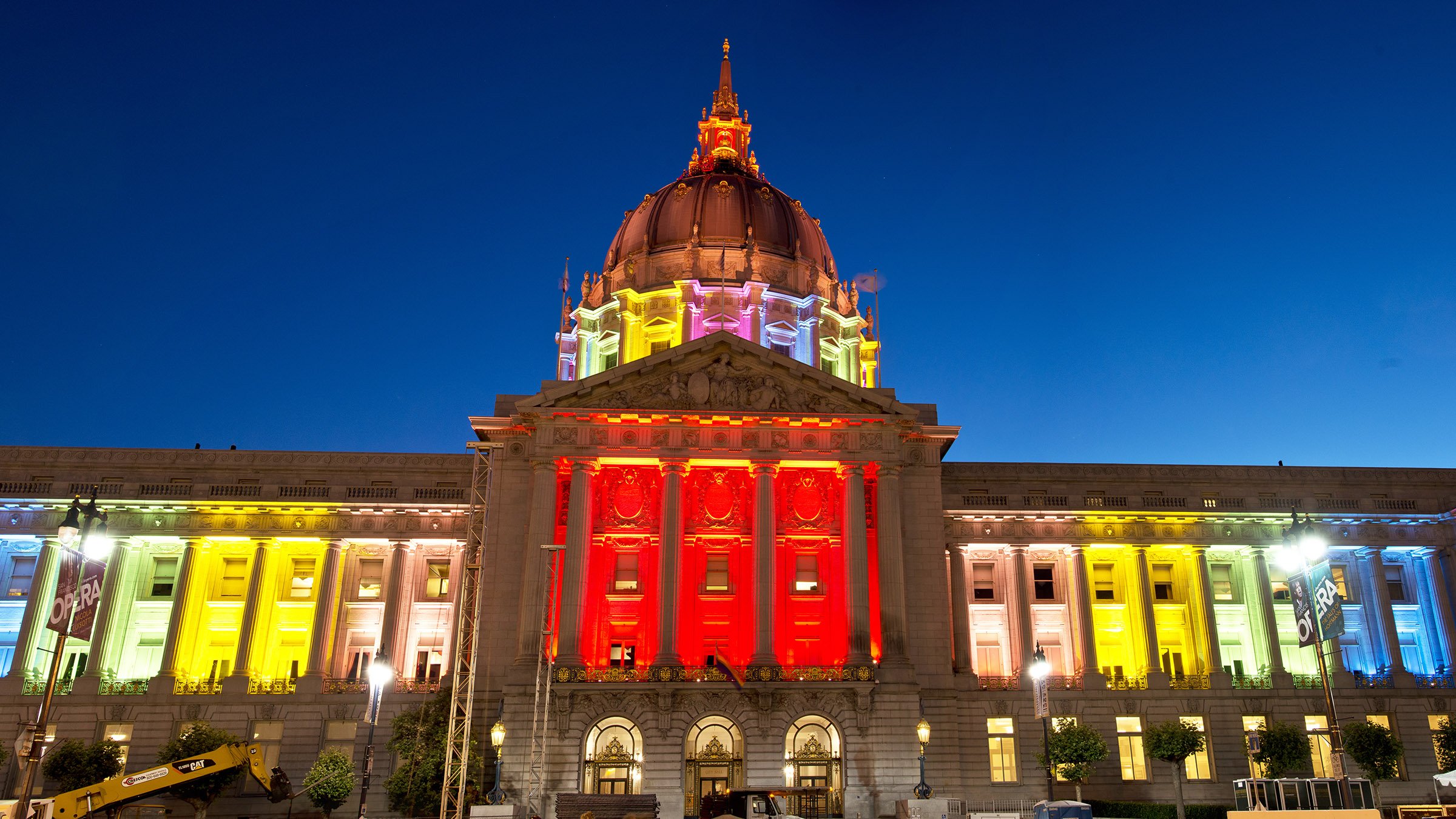 The countries most favorable to sexual diversity are home to the cities most gay-friendly in the world, many of them become the best destinations to celebrate gay marriage. In what follows, we show you a list of the countries with the most advantages for the LGBT community, ordered from least to most recommended for the gay tourism. What is the city more gay-friendly of the world?

The Philippines is currently one of the Asian countries where there is greater acceptance and respect for the LGBT community (around 73% of the population), although no type of homosexual civil union is yet allowed.

Boracay It is a small island located in Malay that has become one of the most tourist spots in the Philippines, both for the conventional tourist and for LGBT tourists. In fact, the country's first Gay Pride festival took place there. 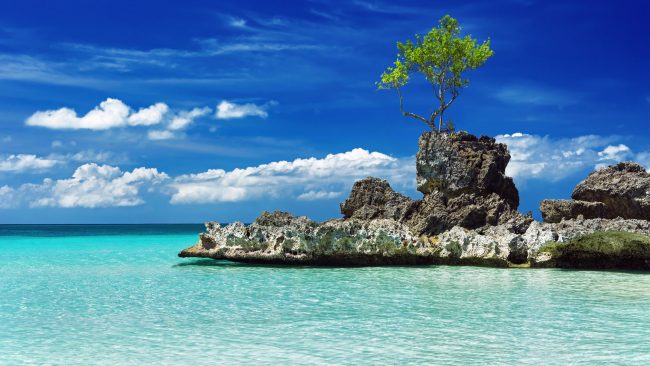 Likewise, in Manila you can find a wide offer for the gay public: bars, saunas, spas, clubs ... There are also several societies for the defense of homosexuals, such as Progay-Philippines, founded in 1993, predecessor of the first association in Asia : LAGABLAB.

If it is about mentioning which is the Greek city with the most influx of gay tourists in the world, that is undoubtedly the paradise mykonos island, belonging to the archipelago of the Cyclades Islands. It is one of the main LGBT destinations in the world, mainly for its beaches and nightlife.

Mykonos has several of the top European beaches for gay tourism, including that of Elia, of almost white sand, and that of Agrari. However, the main disadvantage of the latter is that it is usually full, especially in summer. 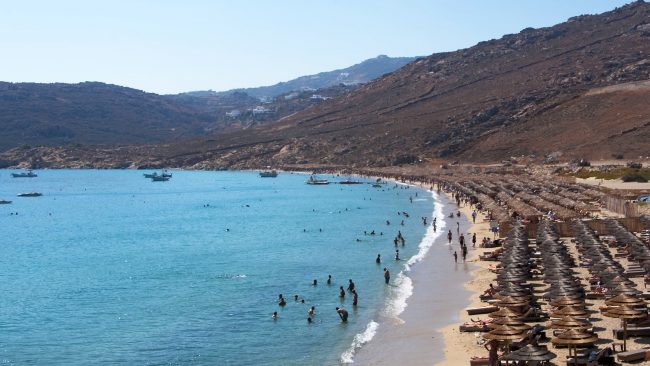 The beaches in the north of the island are also among the most visited: Fokos, unlike the previous ones, is usually quiet and, in fact, can be considered an almost virgin beach. Ftelia beach is also a relaxing spot in Mykonos.

Argentina is one of the South American countries where homosexual marriage is legalized (specifically, since July 22, 2010). In addition, in a recent survey, 74% of the Argentine population was in favor of sexual diversity in their country.

In fact, the Argentine Republic is currently the Latin American country with the highest acceptance of homosexuality, followed by others such as Chile, Brazil and Mexico. Within the country, Buenos Aires, its capital, is the most favorable city.

San Telmo and Recoleta are two neighborhoods located in the capital of Argentina that have become the quintessential meeting areas for the LGBT community. In general, the nightlife for gays and the culture of this city have become a benchmark within Latin America.

Except in Northern Ireland, gay marriage has been allowed since 2014 in the other three nations that make up the UK: England, Scotland and Wales. In addition, in a general survey, the result was that 76% of British people are in favor of homosexuality.

London, one of the main world capitals for conventional tourism, is a great destination for lovers of nightlife and bars underground. In this sense, the Soho neighborhood It is the main meeting point. 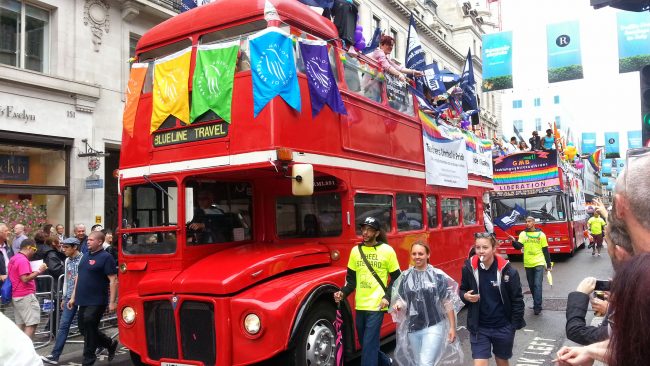 On the contrary, if you prefer to enjoy a more beachy atmosphere without leaving this British island, Brighton is highly recommended. There, one of the most important Pride festivals in the country takes place, which has been celebrated for 25 years.

France is a country in Europe where gay marriage has been legal since May 18, 2013. In addition, around 77% of French people are favorable to any type of sexual condition.

ParisPopularly known as The city of lightIt also shines for the LGBT public and, therefore, year after year it receives millions of tourists who come to enjoy the range of possibilities that exist in the French capital. Marsh is the neighborhood more gay-friendly de la ciudad.

Despite being the smallest of the South American countries, Montevideo, the capital of Uruguay, has become one of the main destinations for gays in Latin America. In short, Uruguay is among the most liberal countries in America in terms of LGBT rights.

Uruguay is one of the few Latin American countries where same-sex adoption of children is allowed and, in 2013, the Uruguayan Parliament approved the Equal Marriage Law, which defines civil marriage as "permanent union, in accordance with the law, of two persons of the same or different sex." 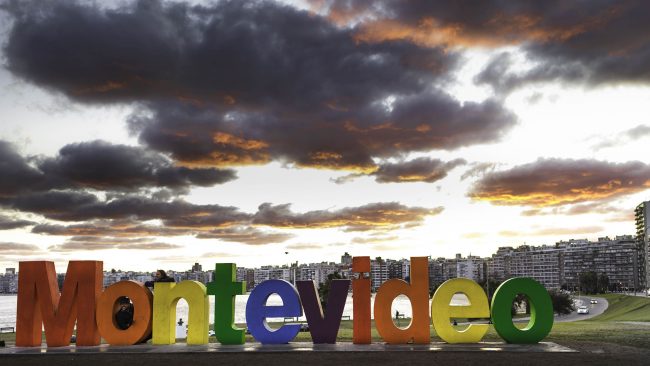 Uruguay: a liberal and respectful country - by Jimmy Baikovicius

In Uruguay, September has been declared "Diversity Month" and throughout this period different events are held to commemorate sexual diversity. One of the most important is the "March of Diversity", which consists of a colorful and joyous parade.

Tel Aviv was declared "Best Gay City of 2011" and for a few years it has been at the top of the lists of the best LGBT destinations in the Middle East. In the city there is a great offer of nightlife, something that makes it especially attractive for travelers.

In Israel, gay rights they have been legally recognized and it is the only country in the Middle East that recognizes gay domestic partners, allows the adoption of children and even recognizes gay marriages contracted abroad.

The Tel Aviv Pride parade gathers around 200.000 people a year. Various events, parties and contests will be held there, such as the Miss Trans, whose prize for the winner is $ 15.000 and an aesthetic operation, among others. 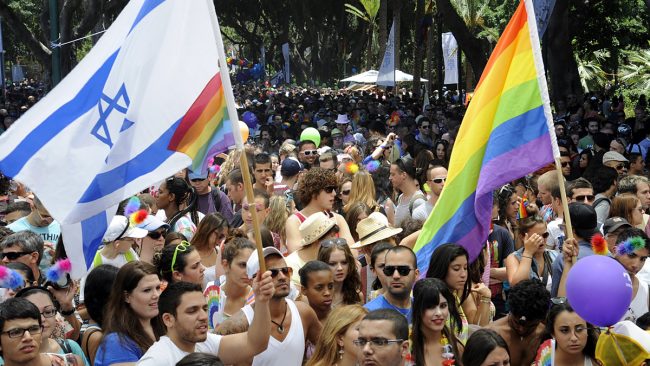 Several cities throughout the United States have become gay tourism capitals of the world. Among them, we highlight San Francisco, specifically the famous Castro neighborhood or Eureka Valley, considered by many the gayest city in the world.

In addition, there are several States that are in favor of homosexual couples having a baby through the gestational surrogacy, surrogacy, an assisted reproductive treatment erroneously known as rent belly. There are many Spanish couples and those of other nationalities who choose the reproductive tourism to the US to be parents.

If you want to know more about this treatment, we recommend you visit the article Surrogacy in the United States. 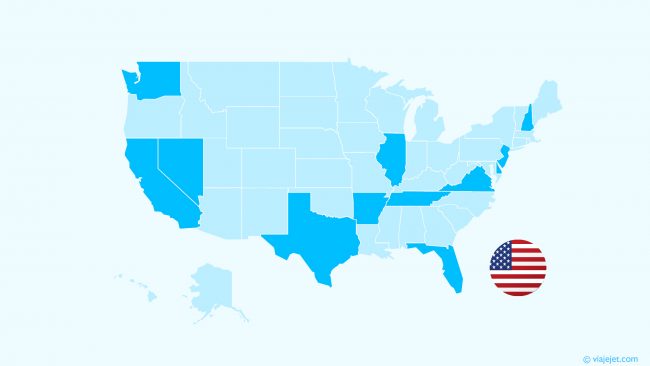 Surrogacy for gays in the United States

California, Nevada, Texas, Arkansas, Illinois, Florida, Delaware, New Jersey and Utah are some examples of the most gay-friendly of this North American country. In addition, gay marriage is recognized by the federal government and all states since 2015.

Spain has two star cities for gay tourism: Barcelona y Madrid. Currently, it is one of the most widely accepted countries in the world: 88% of the population defends the rights of homosexuals. Gay marriage has been legal since 2005.

Events like Europride 2007 or the LGBT Pride march that is held annually in Madrid, the country's capital, have made this city the star destination for international gay tourists, with the Chueca neighborhood as the main meeting point. In addition, it will be the headquarters of the WorldPride 2017.

As for Barcelona, ​​undoubtedly the coastal town of Sitges It is the destination par excellence, with Cala de l'Home Mort as the main focus. There you will find the first LGBT nightclub in Spain, as well as the gay beaches, whether nudist or not, the most important in Spain. 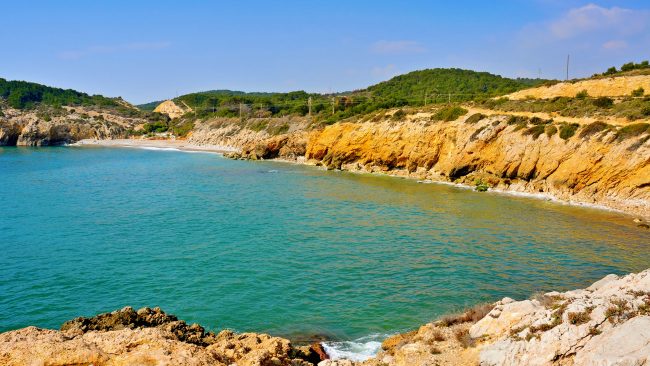 Without a doubt, the most gay-friendly de Australia is Sydney, where one of the largest LGBT Pride events in the world takes place: the Mardi Gras festival. Its duration is 3 weeks and it is held from film festivals to concerts. 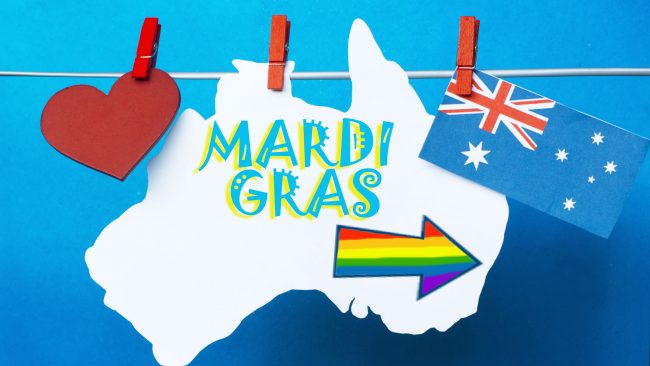 Since 1970, the recognition of the rights of the LGBT community has been increasing among the various States and territories that make up the country. Currently, Australia is included in the list of the most tolerant countries with people belonging to this group.

Canada has allowed same-sex marriage since 2005 and, today, more than 80% of the population is in favor of homosexuality. Canada was the first North American nation to approve gay weddings throughout its territory.

Today, gays enjoy practically the same rights as the heterosexual population: to submit to fertility treatments (e.g. fertilization vitro), adopt a baby, be military, etc. In short, the gay movement is very active in this country.

In Canada, there is one of the largest gay communities on the American continent and, in fact, one of the most important Gay Pride marches in the world takes place in Toronto. Thus, you can find a good environment and tolerance towards the LGBT community in Toronto, Vancouver, Quebec and Montreal. 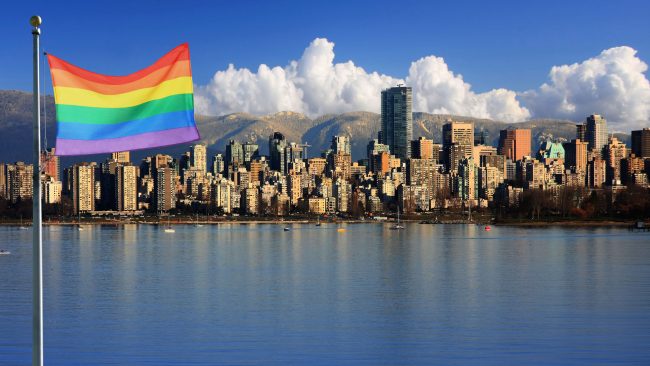 In Germany, homosexuality is accepted by 87% of the population. Berlin, the capital of the country, is the most gay-friendly, with a long tradition of gay entertainment in the neighborhoods of Schöneberg, Kreuzberg y Prenzlauer Berg dating back several decades.

The adoption of children by homosexual couples is allowed in Germany. Furthermore, since 2017, same-sex marriage is also legal. 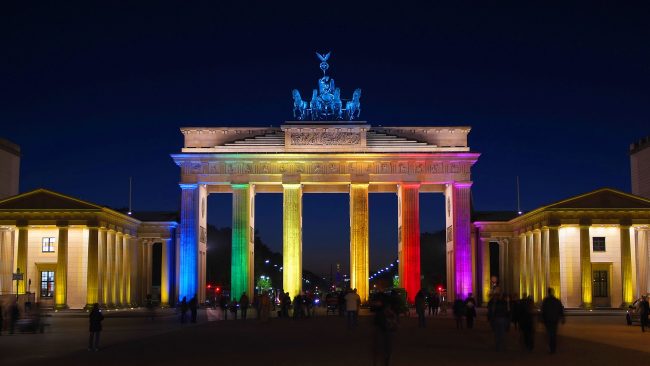 Brandenburg Gate with the rainbow flag

Germany was the country of origin of the so-called LGBT movement which started in the early XNUMXth century. The beginnings of this gay and lesbian subculture, as well as German LGBT history, can be seen in the Schwules museum, located in Berlin, which is focused on spreading the history of this community.

Iceland is another European country where gay tourists can enjoy a good LGBT atmosphere during their holidays. Although it is not a conventional destination, if what you would like is to enjoy phenomena such as the northern lights or bathe in a natural thermal poolReykjavik is your destination. 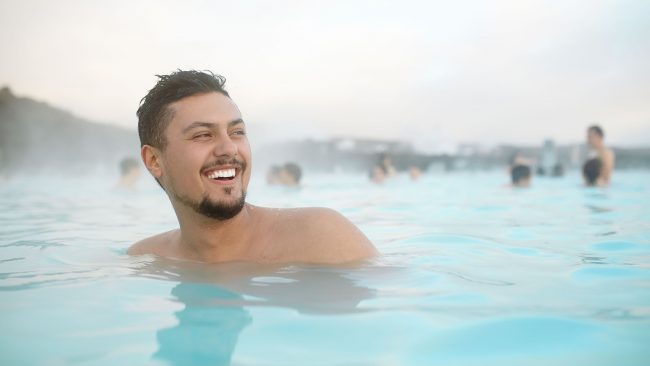 Since June 2010, gay marriage is allowed in Iceland and, in general, homosexuality is widely accepted and normalized. The party of Reykjavik Gay Pride It is celebrated at the beginning of August and usually gathers 50.000 people on average.

In 1998, Denmark became the first country in Europe and the world to recognize same-sex unions. Copenhagen, in addition to its capital, is one of the main destinations for gay tourism in Europe.

There is one of the oldest gay bars on the continent: the Centralhjornet, open since 1950. The district of Vesterbro it is also an important meeting point for people belonging to the gay community.

In Copenhagen you can find a very wide tourist offer for the LGBT public: hotels gay-friendly, bars, restaurants, events of all kinds ... The importance that this group has for this city is such that the square next to the Town Hall tower was named Rainbow Square in 2014 in his honor. 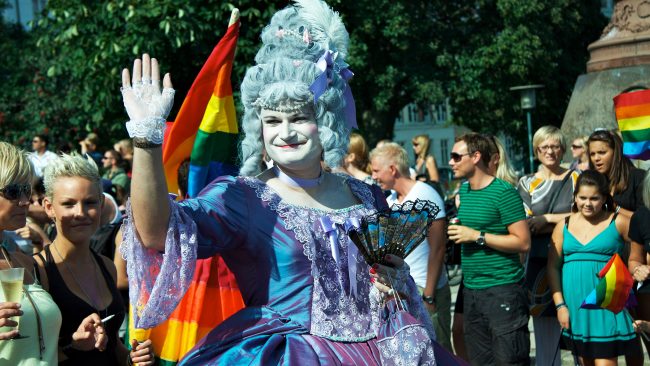 Holland was the first country where equal marriage was legalized and its capital, Amsterdam, has one of the most massive LGBT Pride marches in the world. The liberal atmosphere of the city can be perceived in areas such as:

During the Gay Pride celebration, Amsterdam is popularly known as the «Capital of Happiness and Love»And its main objective is to promote tolerance towards the LGBT community and encourage gays around the world to naturally show their sexual orientation. 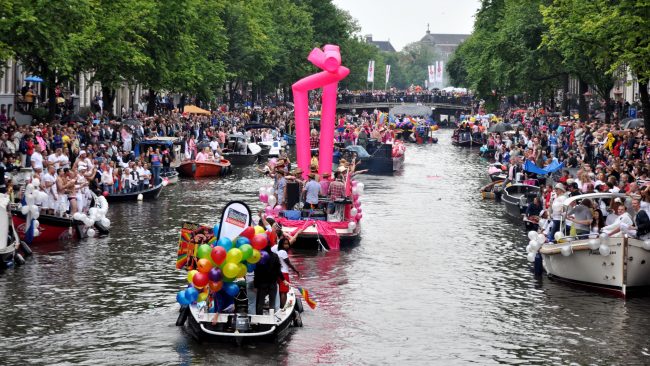 Gay Pride Parade on the canals of Amsterdam - by Carolina Georgatou

One of the reasons why Dutch society is largely tolerant of the sexual orientation of its citizens, whatever it may be, is because of its excellent sexuality and reproductive education.