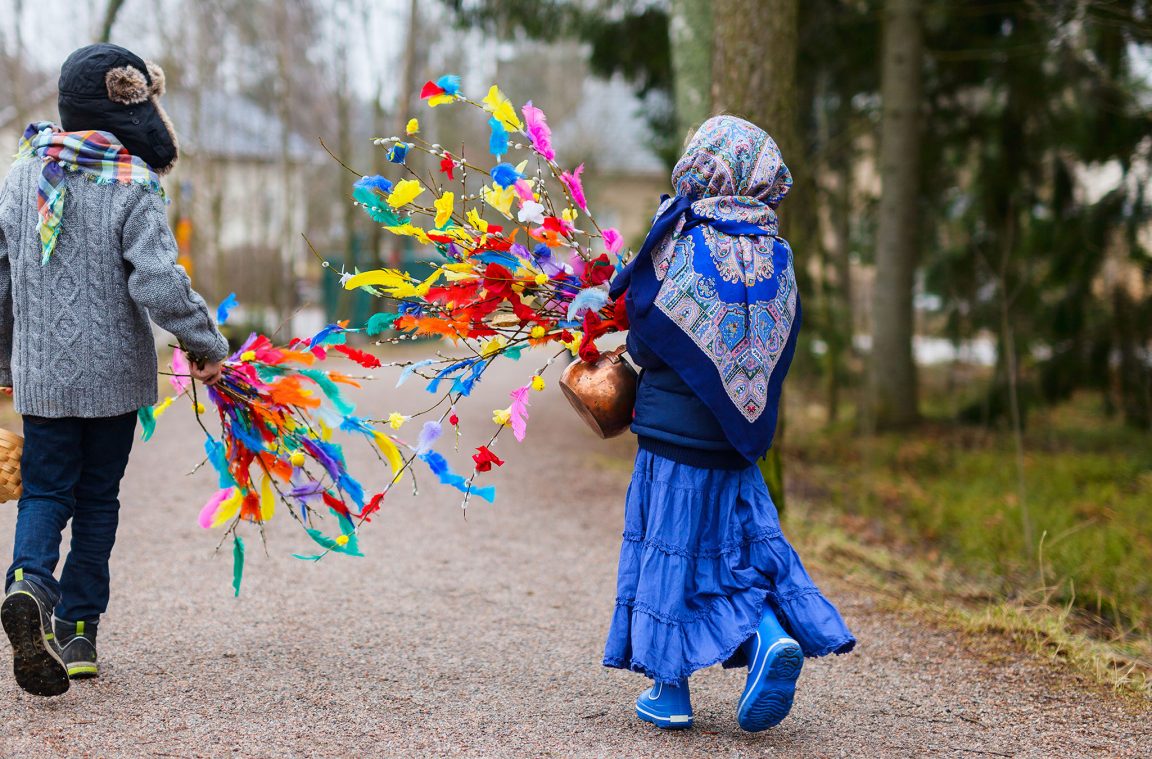 In Finland, extreme weather has affected the culture and customs of its inhabitants. In this article, we tell you about the habits of the Finns, as well as the main cultural traditions and festivities they have.

Christmas is one of the most important times for Finns. These days, it is typical to meet with family and friends. To count the days until it arrives, children usually have their own Advent Calendar, with which each day they eat a small piece of chocolate or candy.

Although Santa Claus arrives on Christmas Eve, in Finland he can be visited all year round, as he lives in this country, specifically in Rovaniemi, Lapland. Here it is known by the name of Joulupukki.

Although it may seem like a strange tradition to people from other countries, in Finland it is common for people to go on Christmas Eve to the cemetery to put candles in the place where their loved ones rest.

Rice pudding and fish are usually served at Christmas lunch, among other foods. Likewise, the glow or mulled wine, a drink that is quite spicy.

As for the New Year's Eve, it is traditional to watch a old short in humor called Dinner for one. In it an old lady and her butler are seen dining. It is even broadcast on several different channels at the same time. You can see the short in this video (it is in English):

Another strange custom tonight is to melt a horseshoe and pour the molten material into a glass of water. The shape the iron takes gives you an idea of ​​what the new year will be like. When it is past midnight, fireworks displays are common.

In relation to Holy Week and Easter, Palm Sunday, called in Finland palmusunnuntai, children tend to dress up as a witch and go house to house wishing their neighbors health. They usually give them some kind of candy or money.

On June 24, the night of San Juan is celebrated or Juhannus. This day, people usually go from the city to coastal or countryside areas, where they light up bonfires and parties are organized. 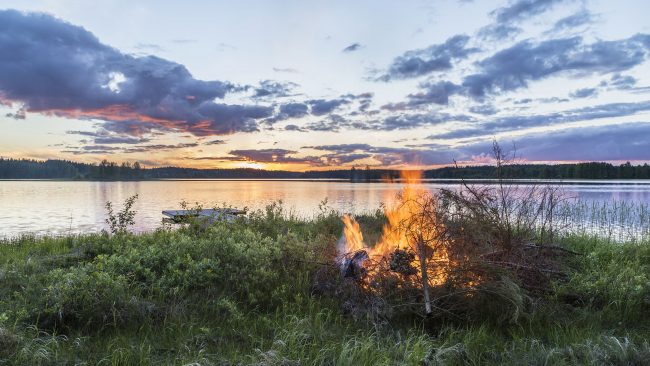 The celebration of the night of San Juan in Finland

As summer is quite short in this country, it is used to organize numerous music fairs and festivals. The most famous is the Helsinki Festival, which takes place at the end of August.

Also, another important day for Finns is December 6: Independence Day. On this date, houses and streets are usually illuminated and parades are organized. On this day the people who died fighting for the independence of the country are remembered.

A preparation originally from Finland, specifically from the Karelian area, are the karjalanpiirakka, some cakes whose crust is made of rye flour. These are usually filled with rice and topped with a mixture of butter and boiled egg. 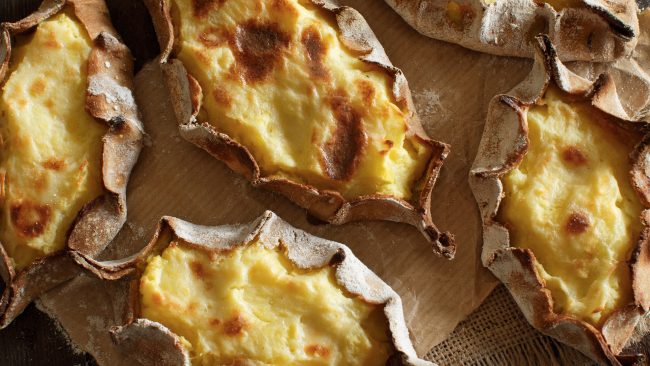 The typical Karjalanpiirakka of Finland

Another typical food of the country are grillimakkara: large sausages that are roasted and served with mustard. Likewise, a sweet food is Korvapuusti, cinnamon buns that are eaten with coffee.

The eating habits of the Finns are similar to those of the rest of the inhabitants of central and northern Europe. Breakfast is quite strong and dinner is eaten around six in the afternoon.

The character of Finns is special, since they are generally not very talkative, sincere and who say things directly. However, they are quite hospitallers. 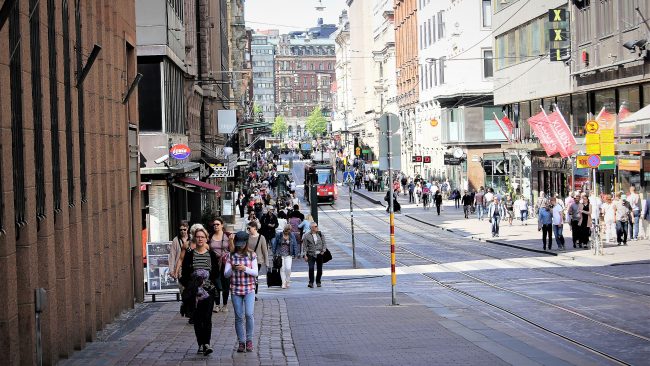 The Finnish Way - by Ilkka Jukarainen

When greeting, the common thing is to shake hands looking into each other's eyes and kisses or hugs are not frequent. When they introduce themselves, they do so by indicating their first and last names.

Finland has great respect for the environment, so its inhabitants take care of it and worry about polluting as little as possible.

The traditional dress of Finland varies depending on the region in which we are. In general, the women's suit consists of a long skirt, a white apron, a white long-sleeved blouse, and a vest or bodice. 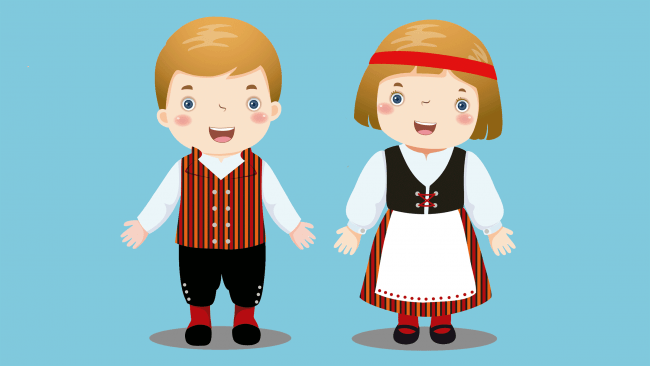 Drawing of traditional dress from Finland

As for the men, they usually wear black pants, a white shirt and a colorful vest. The footwear of both genders is usually a pair of black shoes.

The sauna is a Finnish invention that today is remarkably important to the inhabitants of the country. Finns tend to go to the sauna every week or even daily. 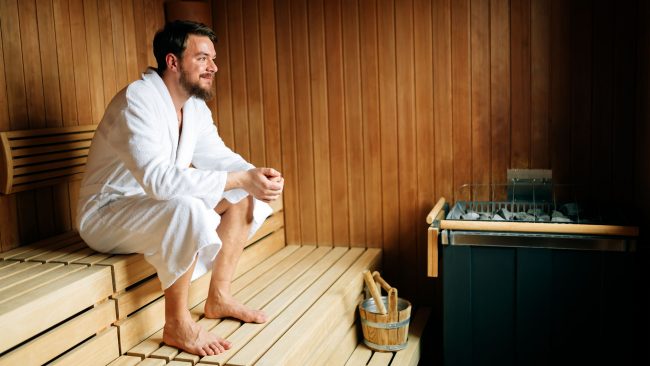 The sauna and its importance for the Finns

For them, it is a time to relax and purify, to be able to think clearly and make decisions. They go both alone and with other people, although men and women generally enter different saunas. In Finland it is common to find saunas at home, at work, in hotels and even in nature.

Among the most popular sports in Finland, we find ice hockey, which has its own national competition. Soccer is also popular and the first division is known as Veikkausliiga. 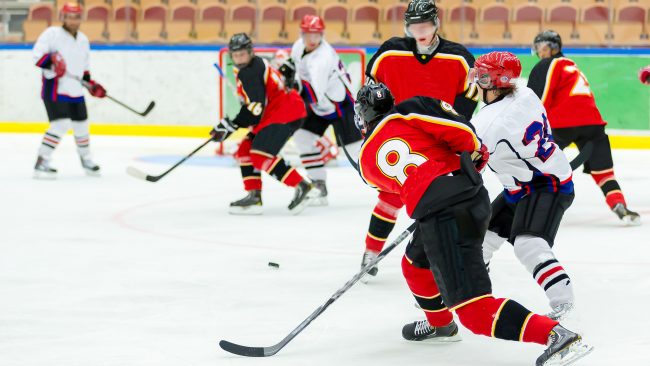 The popularity of ice hockey in Finland

A sport that was invented here and is currently fashionable in other countries is the nordic walking. This consists of walking supported by two poles.