Gastronomy in Oceania: typical dishes with their names and recipes 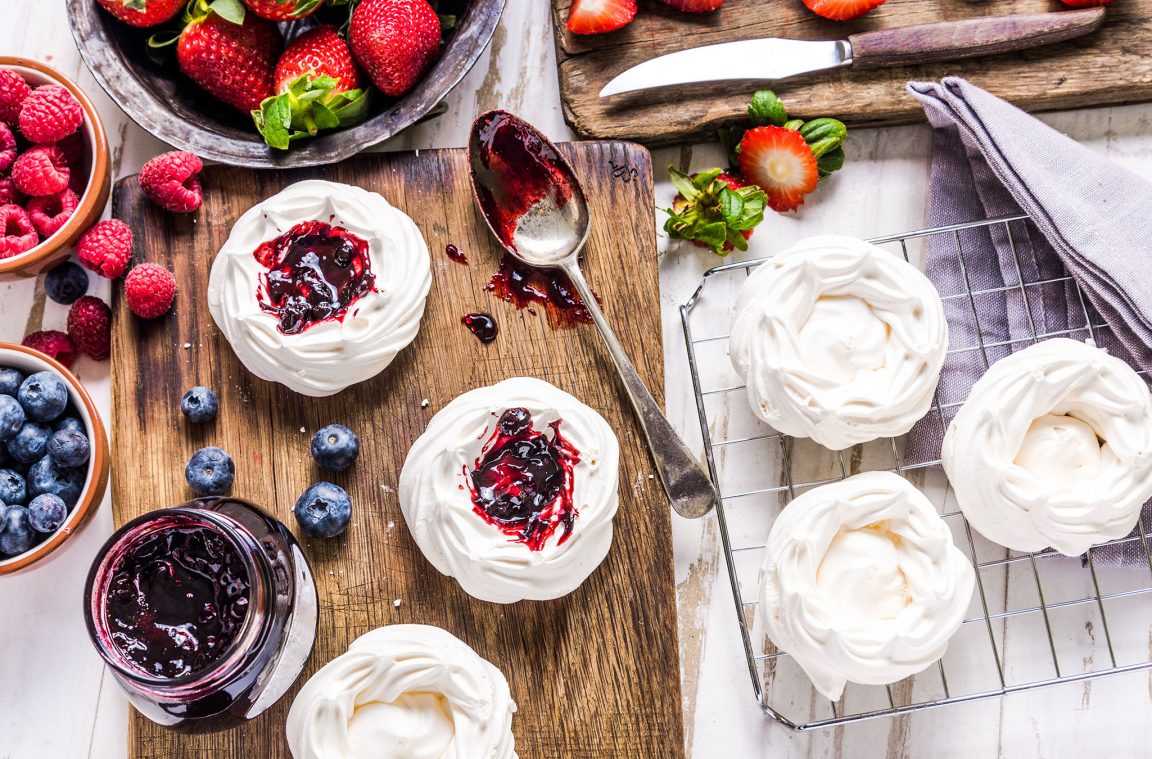 Oceania is a continent made up of thousands of islands where we can find rare and exotic food recipes. Some of the most prominent countries, among which is AustraliaThey have different traditional dishes that can be made anywhere in the world.

Gastronomy in Oceania: typical dishes with their names and recipes

Australia it is the largest country on the continent. In some of its cities, such as Melbourne, Sydney or Adelaide, it is easy to find some of these typical dishes:

Kangaroo meat is low in fat and therefore quite healthy. It is a dish that can be prepared in different ways, depending on the taste of each person. One of the most recommended methods is the following:

Today, the consumption of this animal is increasing, although the aborigines already cooked it in the past. Currently, its meat can be found in numerous supermarkets and restaurants in the country. 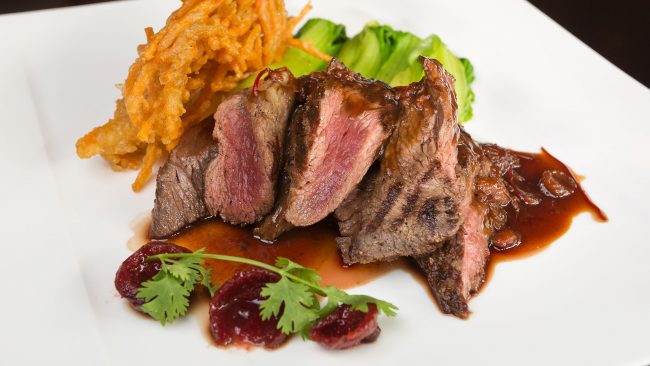 It is a typical sweet both in Australia and NZ. It is named after the Baron of Lamington, governor of Queensland in the late XNUMXth century. This dish consists of biscuit cubes covered in chocolate and coconut.

To make the cake, beat two eggs and 200 grams of sugar. Then 100 grams of butter and two teaspoons of yeast are added. It is mixed again and 50 ml of milk are added. 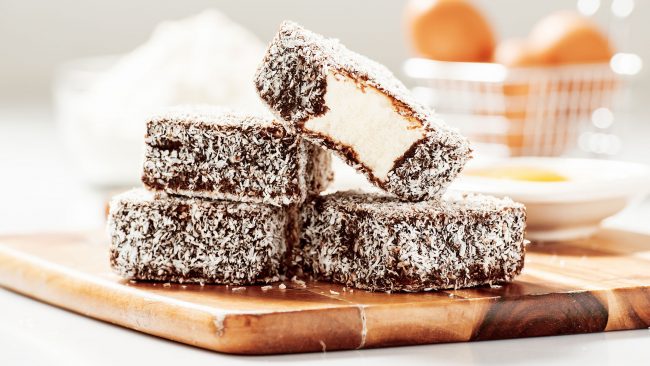 Lamington: a sweet named after a governor

Later, it is put into a mold and heated to 180 degrees for 35 minutes in a preheated oven. Once cooled, the cake is cut, passed through a chocolate glaze and covered with grated coconut.

El National dish from Australia is the meatloaf. To prepare it, the following ingredients are necessary:

First, the dough must be cooked and then the filling, made mainly with minced meat. It is accompanied with sauce gravy, which has as its main ingredient half ice, a broth of French origin. In NZ have their own variant, the hot foot. 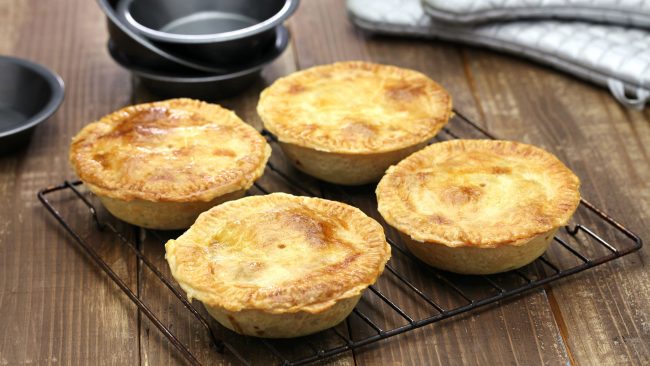 It is the simplest Australian dish to prepare, since there is nothing to cook. In this case, it is a spread whose main ingredient is the yeast leftover from the brewing industry.

It is notably used among Australians, especially for light meals such as breakfast or a snack, when they spread it on toast. It has a characteristic flavor that not everyone likes. 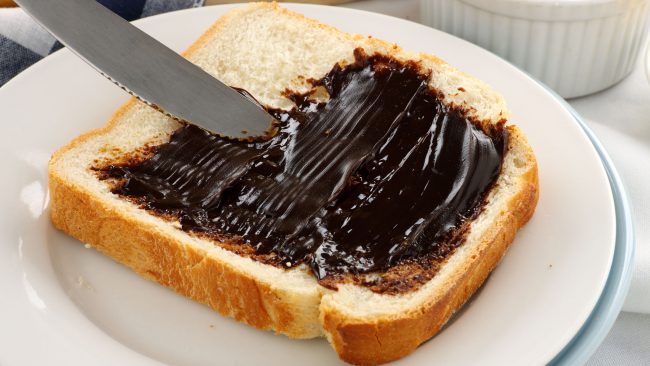 This dish is also named after a person. In this case, it is in honor of Anna Pávlova, a Russian ballet dancer who introduced important novelties in this discipline.

This cake is not only important in Australia, but also in New Zealand: both countries claim its invention. The characteristic that makes it so special is that it is soft on the inside but crunchy on the outside.

The main part of the dessert is made with meringue. On top of this you cannot miss fruits, especially strawberries or red fruits. If you want to know more traditional recipes from this country, we recommend you visit the following article: Typical Australian food. 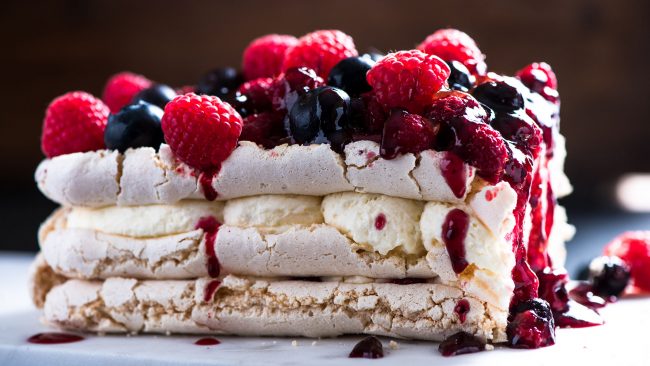 New Zealand is the land of the Maori, an indigenous population with a curious culinary tradition. Some of its dishes are still being made today.

Hāngi is not a particular dish, but a method of cooking. It is of Maori origin and has more than 2.000 years of history. It is used to make meat and vegetables.

To carry out this system, a hole must be dug in the ground into which notably hot volcanic stones are introduced. On these, food baskets (currently made of metal) are placed, which are protected with cloth or leaves and covered with earth.

This should stay that way for about six hours. Although it is a complicated way, it gives food a special flavor. In this video you can see how it is carried out:

Lamb meat is one of the most consumed in New Zealand. In addition to the traditional baked lamb dish, this stew is also popular, especially the 21 June, the day that the winter solstice is celebrated.

The name of this elaboration translates as colonial goose. This happens because the first settlers who arrived in the country tried to imitate some of their typical dishes with lamb meat, since goose meat was scarce. 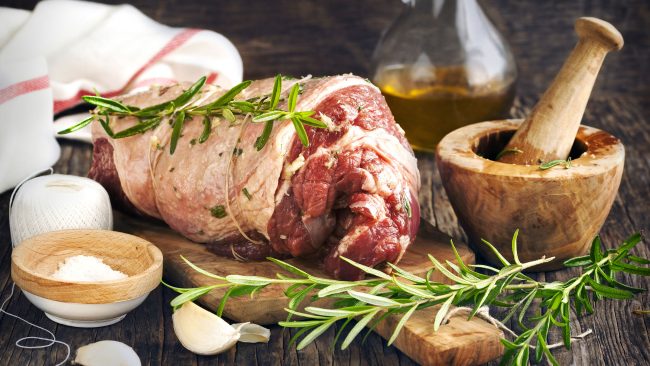 To make it you need a leg of lamb that is deboned and filled with honey, breadcrumbs, onion, parsley, thyme and dried fruit. Afterwards, it is marinated with red wine.

This dish is not only typical of here, but also of other countries such as the United Kingdom, the United States and Australia. Its expansion began in London in the XIX century.

It's about fish and chips. In New Zealand, it is classified as fast food, since it is sold in specialized stores so you can eat it on the street. 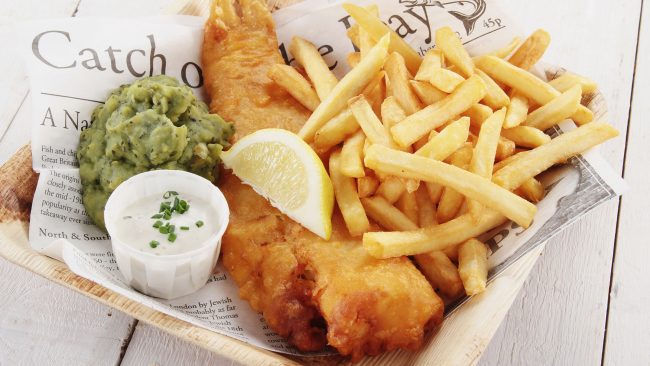 El hokey pokey it is an ice cream flavor. It is a type of toffee, that is, a candy sweet made with brown sugar, golden syrup, baking soda and a little vinegar.

It is usually in the form of small balls and is accompanied with vanilla ice cream. Its name comes from the way of naming the ice creams that were sold on the street in NY and the United Kingdom during the XNUMXth and early XNUMXth centuries. 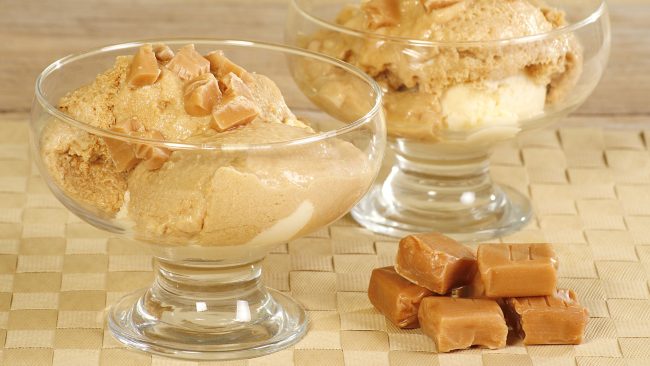 Despite being on the other side of the world, this group of islands belongs to France. In them, fish is one of their basic products.

The chevrettes they consist of shrimp or prawns. They must be peeled and must be sautéed. In this case, a sauce that has the following products is added: 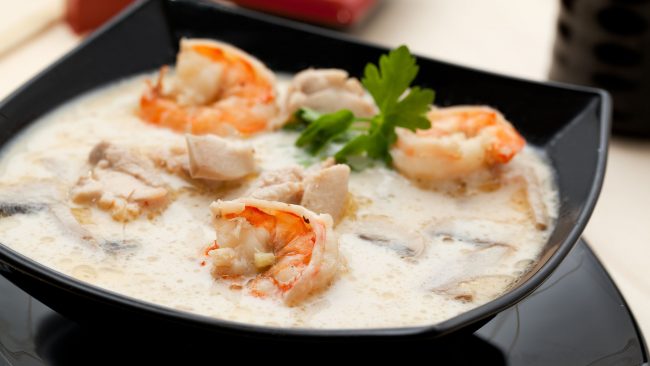 A vanilla bean cut in half is boiled along with the rum. Afterwards, pour in the coconut milk and the milk cream. It cooks slowly until the sauce is quite thick. Finally, the vanilla pod is removed, the prawns are added and it is seasoned with salt and pepper.

The main ingredient of this dish from the island of Tahiti is the Raw Fish, specifically tuna. This is marinated in lime juice and served with diced vegetables and coconut milk. 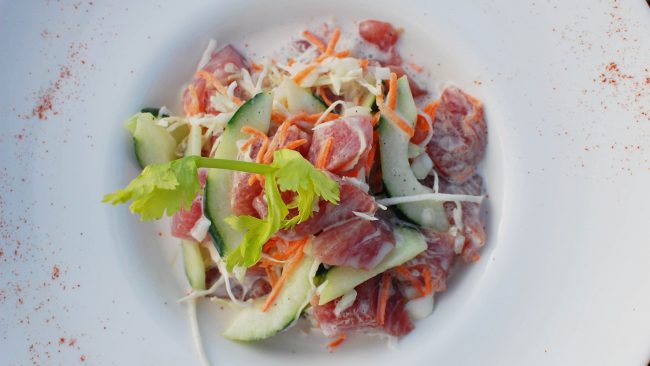 Poisson cru tahitien: a dish made with raw fish - by Eric Chan

Ma'a tinito translates from Tahiti as Chinese Food, since this dish has strong Asian influences. The ingredients needed to prepare it are these:

First, the beans and pork are boiled, while the macaroni are cooked separately. The vegetables should be grated and sauteed with soy sauce. Finally, the pork is fried together with the chopped onion. 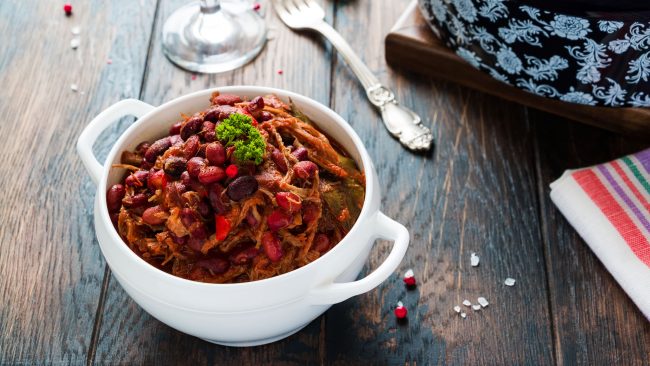 Ma'a tinito: a dish from Oceania with Chinese influence

Po'e is typical of both Tahiti and Rapa Nuí, also known as Easter Island. This fluffy sponge cake can be made with both banana and papaya.

In the first case, you must grind bananas, grate pumpkin and add a little flour to it. Oil, more flour and grated coconut are added to this mixture. It is baked until it gets the texture of a sponge cake. 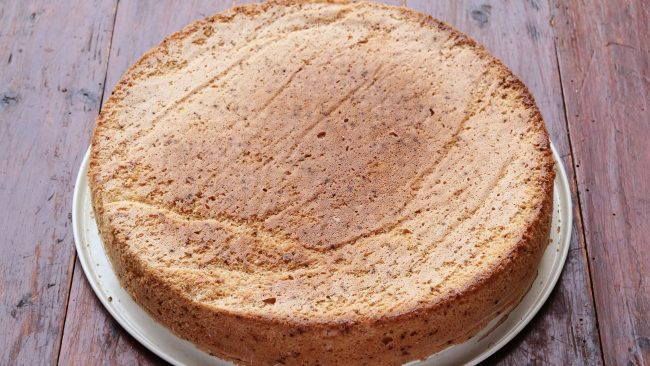 The country of Samoa is also made up of several islands, among which Upolu stands out. In the gastronomy of this area we find exotic fruits such as coconut or papaya.

They are a kind of coconut cookies that, although they are sold in packages in Samoan stores, they can also easily be prepared at home.

To do this, you have to mix butter and sugar. To this, egg is added and beaten. Afterwards, it is mixed with coconut milk and vanilla to finally add flour and baking powder. 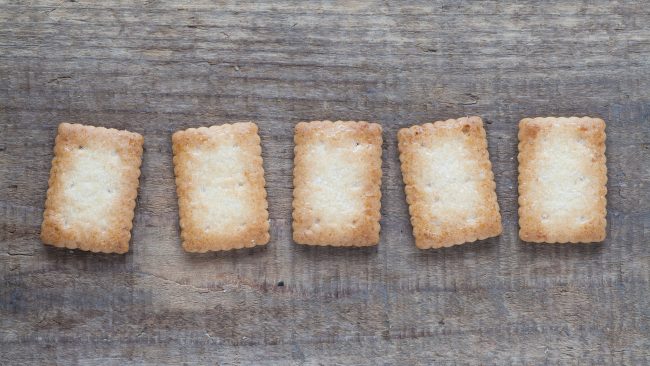 Knead until a fine paste remains and cut into squares. It is put in the oven, previously preheated to 180 degrees, between 20 and 25 minutes.

The name already indicates what this dish consists of, since koko means cacaoWhile araisa es rice. It is a sweet that can be taken both hot and cold. The necessary ingredients are the following: 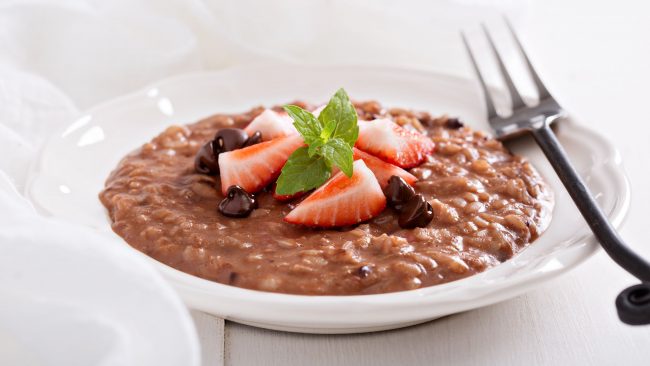 The elaboration is quite easy, since you just have to boil the rice, mix it with coconut milk and add sugar and cocoa powder. The result is a kind of thick textured soup.

To cook That Fafao, or what is the same, baked stuffed papaya, these products are needed: 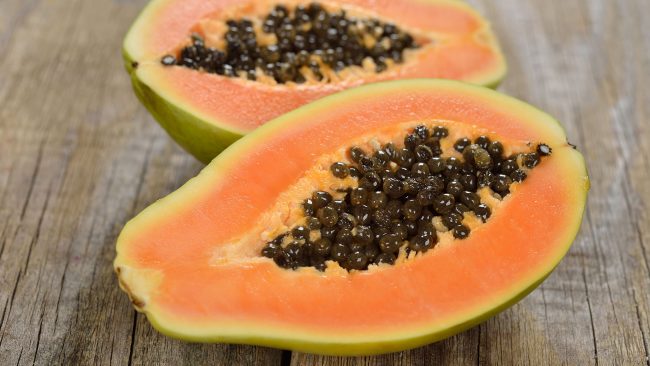 Papaya: an abundant fruit in Samoa

The meat is cooked with onion, breadcrumbs, egg and milk. This mixture is put in a previously opened papaya and without seeds. Cover with aluminum foil and bake for 45 minutes. The paper is then removed and reheated for another 15 minutes.

This article has been shared 81 times. We have spent many hours collecting this information. If you liked it, share it, please:

Share 81
We use our own and third-party cookies that offer us statistical data and your browsing habits; with this we improve our content, we can even show advertising related to your preferences. If you want to disable these cookies, press the Configure button. To keep all these cookies active, press the Accept button. More information in the Cookies policy of our website.
Setup
Accept and Continue
Manage consents