Customs and traditions of Turkey 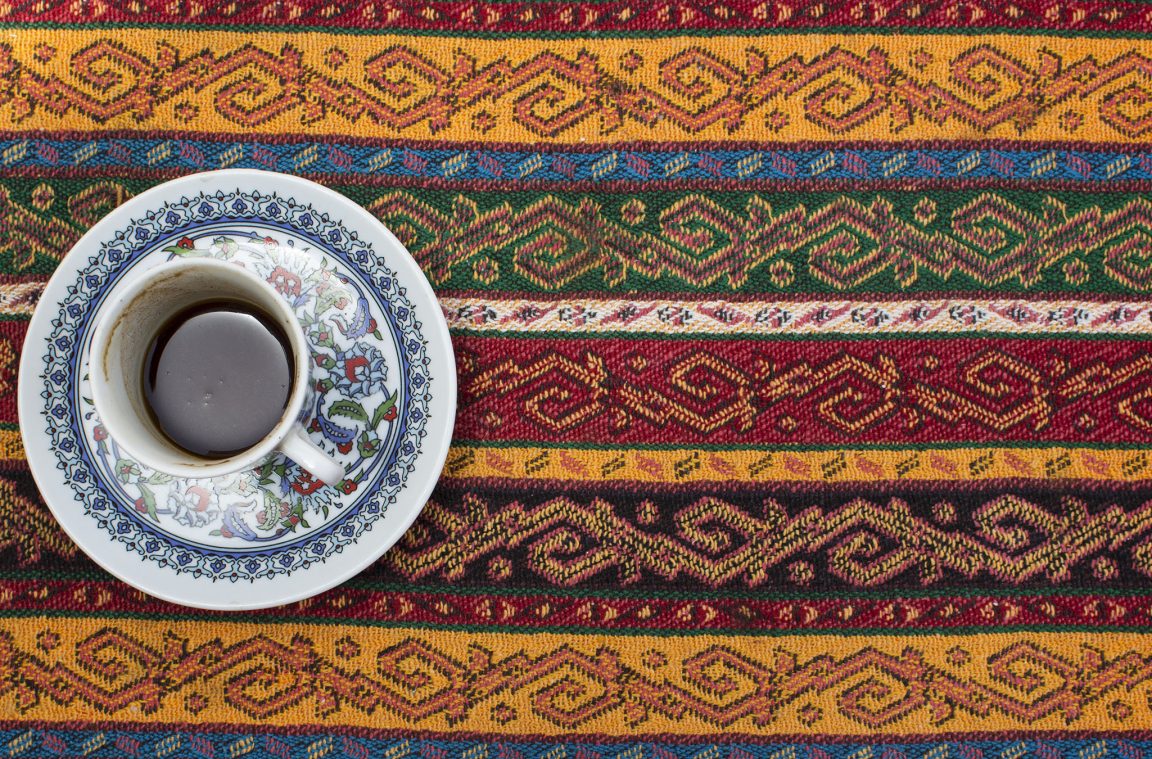 Turkey is a country with a culture full of customs rooted in its society that come from different ancestral peoples such as the Ottomans. Some of them may be strange for people who do not know them, as they are different from those in other countries. In this article, we show you some of the most important today.

Customs and traditions of Turkey

The situation of women in Turkey and the customs that they follow depend on the area of ​​the country to which we are going. While in cities some cover their hair and others do not, in rural areas all do.

Also, although women have had the right to vote since 1927 and are equal to men before the law, in rural areas their situation is quite different, since they can hardly leave the house, especially if it is alone. In addition, honor killings for having dishonored the family are not unusual.

Across the country, approximately 30,5% of women work, a low percentage compared to the number of men who do. Furthermore, about 42% suffer from domestic violence.

When a person goes on a trip, it is typical to throw water on the ground, usually right after the car leaves. It is not made with a particular container, it can be a glass, a jug, etc.

This act symbolizes the wish that the journey Wow nice, that both the outbound and the return flow smoothly as does water. Although it may be strange, it is an act that Turks of all ages continue to do when a loved one goes on a trip. The particular way of saying goodbye to the Turks

For two people to marry, the first step is the proposal, at which point the groom's family goes to the bride's to talk and formalize the agreement. After this, a party is held in the same house to announce the engagement and give the woman the such, a kind of engagement ring.

The day before the wedding, the women organize henna night. In it, they paint with henna the hands and feet of the bride, who wears a red veil. In addition, they dance and sing songs with the aim of making the protagonist of the event cry.

The bride's family is responsible for paying all the wedding expenses, although the groom's family can help.

On the other hand, before the day of the celebration, the dowry is also exhibited, consisting of clothes, jewels and objects for the house. First, it is put in the woman's house and then in the man's. The wedding can be religious or civil. The religious is more traditional and the imam is in charge of carrying out the marriage, as he is responsible for leading the prayer for Muslims. As a curiosity, at the end of a civil wedding, it is typical for the wife to step on the husband. Sometimes to go to the ceremony there is a procession from the house of the bride.

During the celebration, the bride and groom wear a red ribbon around their necks for the guests to tie their gifts, which are usually gold coins larger or smaller.

Marriage with persons under 18 years of age is illegal in Turkey. In rural areas it is the families who choose who their son or daughter marries, a fact that in cities no longer usually occurs. Increasingly, the age of marriage tends to be higher due to university studies and compulsory military service. The characteristics of Turkish families

Polygamy is rare, as it is illegal in the country, but Islam does allow a man to marry up to four women. However, it is quite frowned upon.

In some rural parts, some characteristic marriages continue. For example, a widow may marry her brother-in-law to give their children greater stability.

End of the year and holidays

January 1 is an official holiday in Turkey due to the arrival of the New Year. In large cities like Istanbul, different festivals are organized, although it is not a traditional celebration of the country. It is not typical to celebrate Christmas, as there is hardly any Christian population.

Another outstanding date is April 23, Children's Day and National Sovereignty. It is a party in which the protagonists are children. It is the oldest festival in the world dedicated to these, as it has been celebrated since 1920. Although Turkey is officially a secular state, the vast majority of the population is Muslim, so other important times of the year such as Ramadan must also be taken into account.

Each culture has different traditions regarding the death of a person. In the case of the Turkish, it is typical to distribute a sweet called halva among those attending the funeral.

In Anatolia, the Asian part of the country, burial is formalized 14 to 15 hours after the death of a person, who is usually dressed in white. The funeral is held in the cemetery or mosque, and women are generally unable to attend.

Then they go to the place where the person is going to be buried and the assistants give their condolences to the relatives. In some villages, the house of the deceased does not cook for two or three days, so the neighbors bring food to the family. 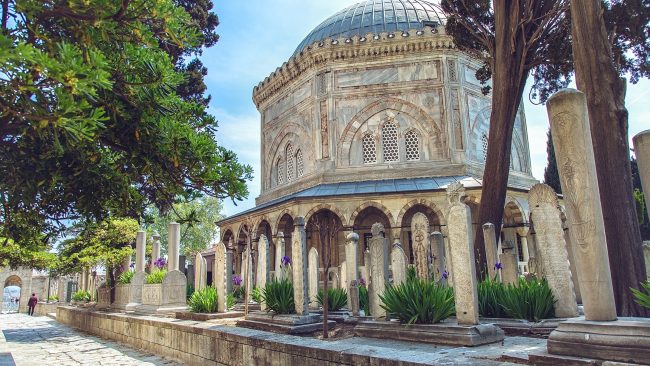 Turkish coffee is a special and artisan way of preparing this popular drink and, therefore, it is declared Intangible Heritage of Humanity by Unesco.

This is usually thick, goes in a small cup and is accompanied by a glass of water. In addition, sometimes, it can also go with a sweet, such as rahat lokum or Turkish delight.

Once drunk, as you can see in the following image, a residue remains at the bottom of the cup. Traditionally, people who are experts in this drink can read it and tell you about your future and the luck that awaits you. Turkish coffee grounds and their tradition

The Turkish eye, known in Turkish as Nazar Boncuk, is a symbol that is found everywhere in Turkey: both in homes and in cars, jewelery, decoration, etc.

This amulet is supposed to be a protection against the evil eye. Therefore, when a baby is born, it is also customary to give one. It is typical of other countries like Greece for thousands of years. The Turkish eye: an amulet present in every corner

Turkish cuisine is varied, a mix between Arabic, Persian and Indian cuisine. Olive oil, vegetables, meat and fish abound in it, but pork is not usually cooked.

The meze are typical appetizers that are served in pub, a kind of taverns. Sometimes they are accompanied with raki, an alcoholic drink made with anise. Among the different ingredients that we find in these dishes are eggplant, cheese and chicken. Soups, like yogurt, are also traditional. The meze or typical appetizers of Turkey

The Turks tend to have a varied breakfast. They stop for lunch at noon and have dinner in the afternoon as a family. Among their eating habits is that of Drink tea for the whole day.

When making a purchase, quality is important to the Turks. Also, young people have Western tastes and use technology to purchase new products.

Another ingrained custom in their culture is that of bargain. Negotiations can be lengthy and it is common for the seller to offer a tea to the buyer, even if he ultimately does not buy anything.

On the other hand, the Turks like the hookah or water pipe, a traditional way of smoking tobacco of various flavors. In some bars and cafes it is possible to try it. The Turkish custom of smoking hookah

One of the most typical objects in this country are rugs, which are characterized by their quality and the patterns woven into them. It is one of the best-selling souvenirs to tourists. 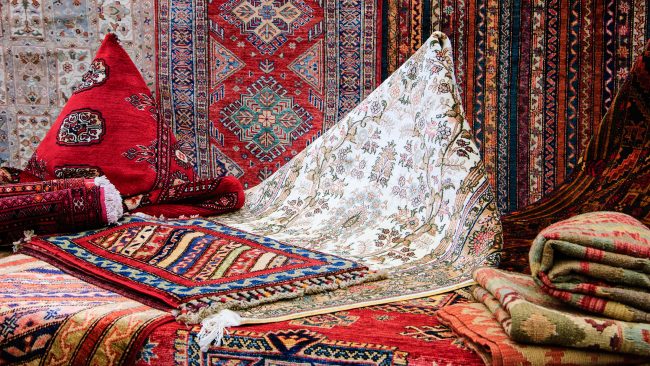 The quality of rugs made in Turkey

Within the customs and traditions of Turkey, when greeting each other, people of the same sex kiss each other twice on the cheeks. If you want to show respect to an older person, kiss his hand and place it on the forehead. Strangers are shaken hands.

When the Turks address a young woman, they use the word lady y bey for men. If they are older, they are then sister y agabey. Likewise, if there is an age difference, the woman is aunt and the man, uncle. This word is placed right after the first name. The way of greeting of the Turks

The people of Turkey are hospitable people who always invite visitors into their home. They are also offered coffee or tea, which must be accepted if you do not want to make a bad impression. If you are invited to eat, you should try a little of all the dishes they take out.

El hammam o Turkish bath is a place with centuries of tradition that is still used today to relax. This is made up of different rooms. In some of them you can receive a wash or massage. Historically, it was a meeting place. The peculiarities of a Turkish bath

If you travel to a Turkish city like Istanbul or Ankara you can find Turkish baths even inside the hotels themselves, as there is an important offer for tourists.

This article has been shared 309 times. We have spent many hours collecting this information. If you liked it, share it, please: Share 309
We use our own and third-party cookies that offer us statistical data and your browsing habits; with this we improve our content, we can even show advertising related to your preferences. If you want to disable these cookies, press the Configure button. To keep all these cookies active, press the Accept button. More information in the Cookies Policy of our website.
Setting
Accept and Continue
Manage consents