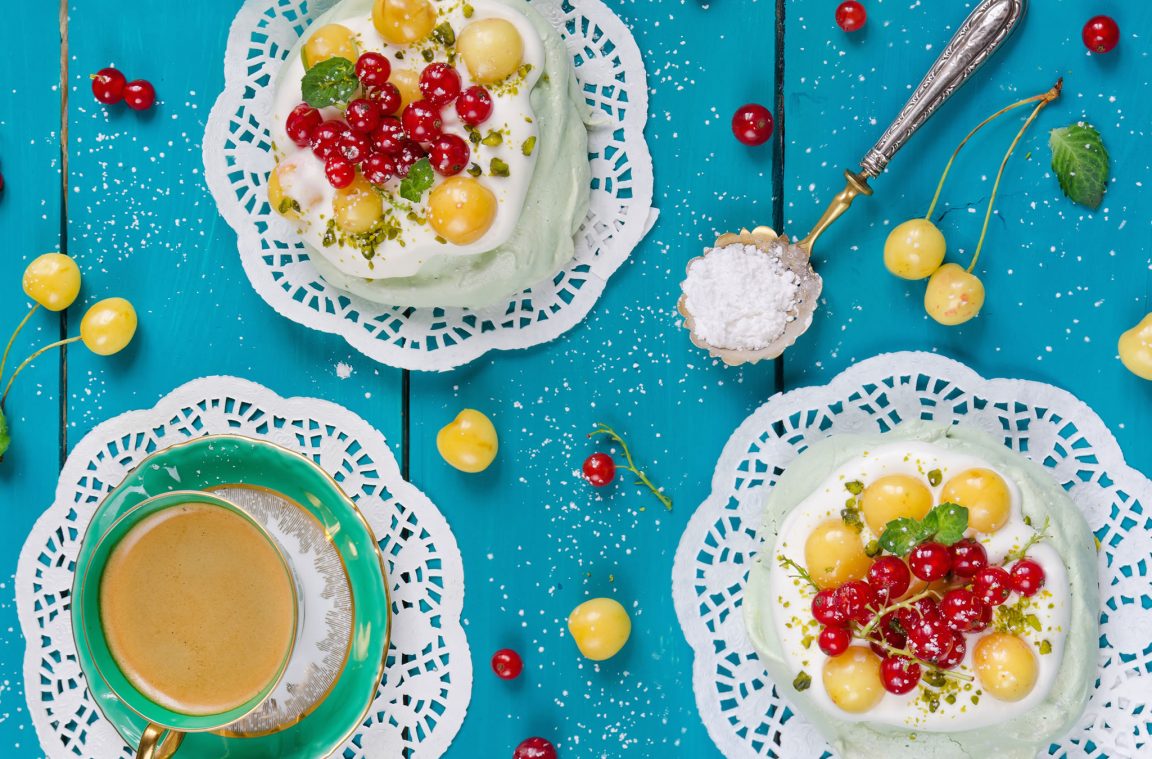 Australian cuisine is made up of exotic and eye-catching foods. Here we tell you which are the most typical, among which the dishes consumed by the aborigines and the peculiar meats, such as the kangaroo.

It is the national dish, a recipe that cannot be missing in any Australian home. Colloquially it is also known as «dog's eye"Which, translated into Spanish, means" dog's eye. "

It is made in two parts: on the one hand, the base and, on the other, the filling. The base is cooked with flour, butter and salt. These ingredients are mixed and a dough forms.

As for the filling, it is usually made up of minced meat, meat broth, flour, nutmeg, soy sauce and salt. It is cooked in water over low heat and, once the meat is cooked, the flour is added. 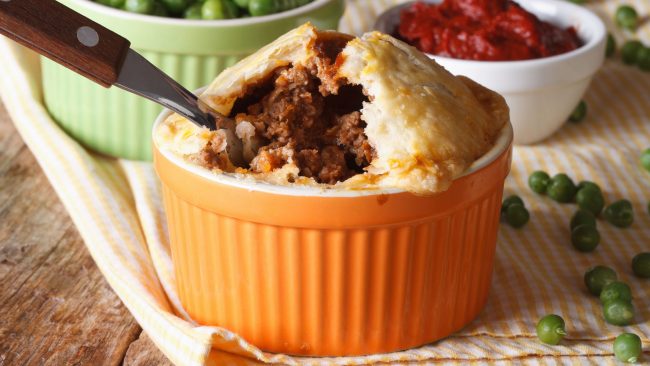 This delicious dish is usually accompanied with the so-called sauce gravy. To make it homemade, you need red wine, half ice (a brown sauce of French origin), cornstarch and margarine.

This dessert is typical both in Australia as in NZ and both countries fight over their origin. Her name was chosen in honor of Anna Pávlova, a famous Russian ballet dancer of the XNUMXth century.

To make this traditional cake, egg whites are beaten and sugar, white vinegar and vanilla essence are added. Everything is placed in a pastry mold and baked at 140ºC for one hour. 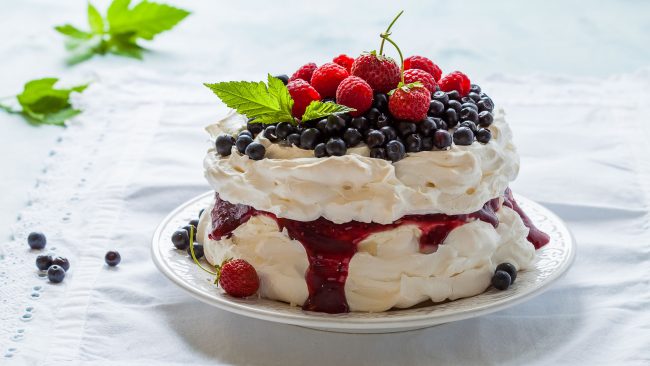 Once baked, let it cool and take it out of the mold. Afterwards it is decorated with whipped cream and fruits, although each cook gives it his personal touch. The result is a dessert crunchy on the outside and creamy on the inside.

Although it sounds strange to the rest of the world, in Australia it is normal to eat a kangaroo fillet. This can be roasted, grilled or baked, and is usually eaten rare.

This reddish-looking meat is just 2% fat and high in protein. In addition, it has health benefits, since it is anti-cancer, anti-diabetic and reduces obesity. 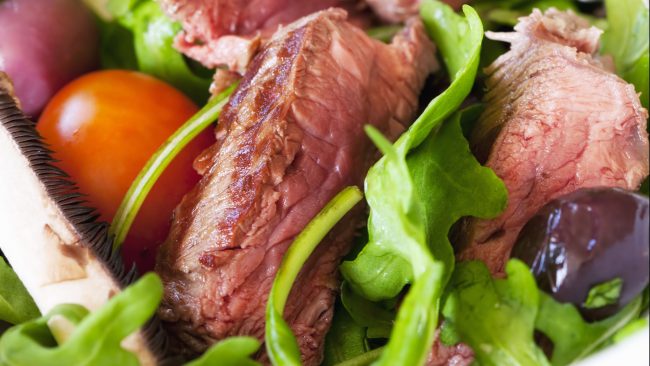 In terms of flavor, it is stronger than other types of meat such as pork or chicken, but it is tender. Such is its success that for some years it has already been exported to the rest of the world.

Another meat that can be considered exotic, but that is used in this country, is that of the crocodile. Its consumption is not as widespread as that of the kangaroo, but it can be found in different restaurants. 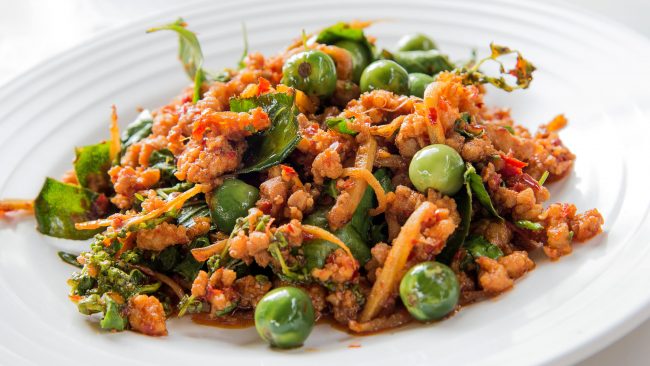 Dish made with crocodile meat

The crocodiles that are usually used for cooking are those of the saltwater species, which are located in the north of the country. It is a meat considered exquisite, as well as low in fat.

Su flavor It is difficult to compare with that of other types of meat, although it could be said that it is a mixture between chicken and fish. It is dry in texture and can be cooked in different ways, such as in sauce.

This aperitif was invented by Frank McEnroe, a prominent Australian businessman, in 1951. He was inspired to make it by the spring roll of the Chinese gastronomy.

It is designed so that it can be eaten down the street and without the need to use cutlery. They are sold by the "Chiko" brand, although some people prefer to make them themselves. 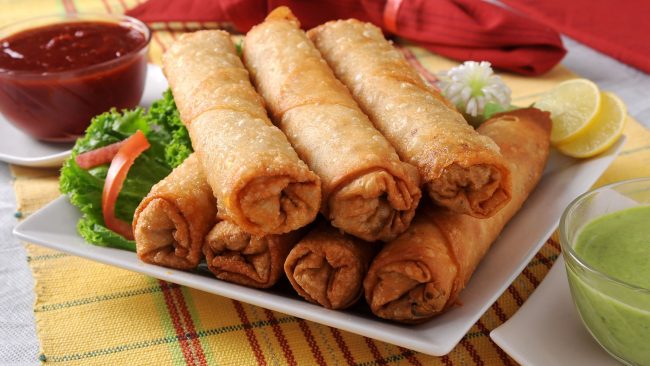 Its ingredients are the following:

All these foods are rolled into a dough, which makes it an easy-to-use dish. Around 17 million are consumed each year in Australia.

Be part of the gastronomy bush tucker o aboriginal. The tribes of Australia are characterized by preparing dishes without discarding anything that nature offers them.

This culinary method is becoming more and more fashionable in the country, which is why there are cooks of aboriginal origin who are beginning to open their own restaurants.

In the case of this jam, it is made with wild fruits that are located in the north of Queensland, one of the States of Australia, which are known as gooseberries. 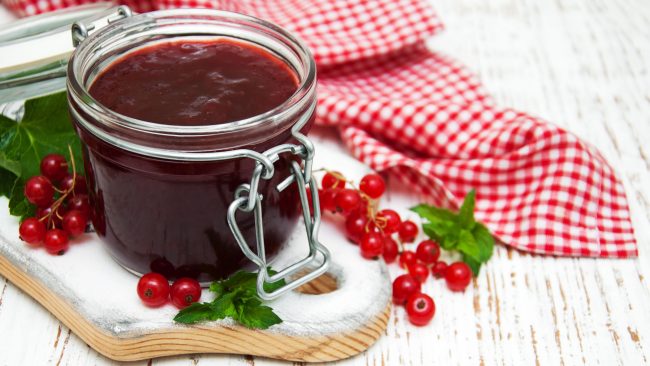 The advantage of this sweet is that it can be kept in a sealed jar for up to a year. In addition, it is ideal for a breakfast or snack, as it can be accompanied by toast.

In this territory we also find some typical drinks. One of them is ginger beer, very different from the beers that other territories like Europe are used to.

This drink is made from ginger, a plant used all over the world. Its flavor is sweet and generally does not contain alcohol, but is fermented to give it gas.

Although there are various brands of ginger beer or ginger beer, one of the best known is Bundaberg, an Australian factory that has been producing this drink since 1960. 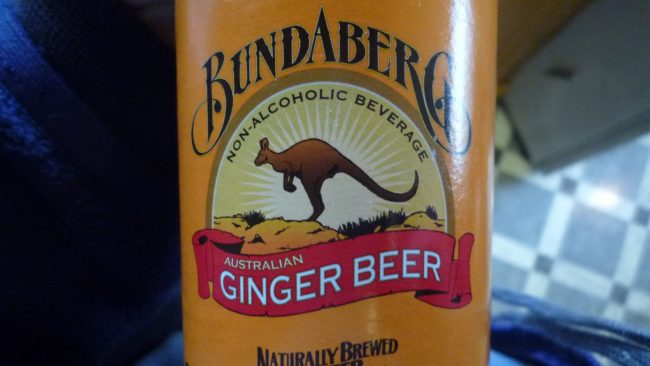 This dessert is one of the Christmas traditions that are never lacking in the country. They enjoy it both at home and on the beach, since in Australia it is summer when Christmas arrives.

Their recipe is easy to prepare, and the basic ingredients are sugar, flour, eggs, cinnamon, and dried prunes. While they cook it, they sometimes add a gold nugget, which will bring luck to whoever finds it. 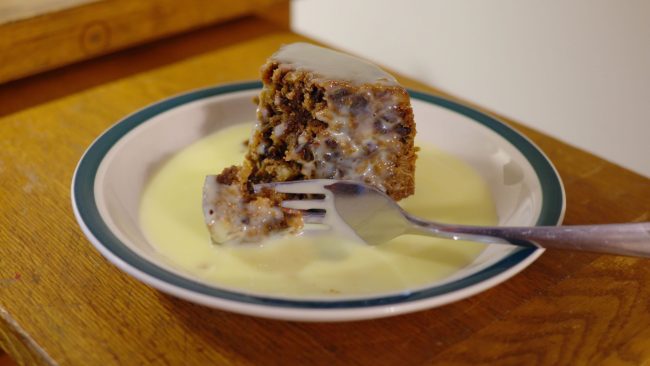 The cooking time is around two hours between preparation and baking. You have to wait until it is totally cold to be able to unmold it. It can be decorated with cream and plums.

It is a popular brand of spread. Its history began in 1922 and since then it is widely consumed at breakfast or lunch, especially spread on toast.

It is made with an extract of the yeast leftover from the brewing industry. It is dark brown in color and has a smooth texture. Its salty taste is strange to people who are not used to it. 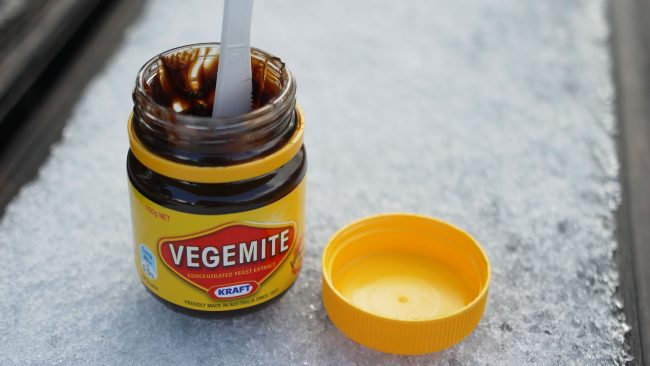 Currently the company that produces this product is Mondelez International, a United States multinational. Outside of Australia we can find it in NZ, North America and the United Kingdom.

The hamburger is a product consumed all over the world. However, the citizens of this country introduced beet as an ingredient to create a hamburger aussie (Australian). 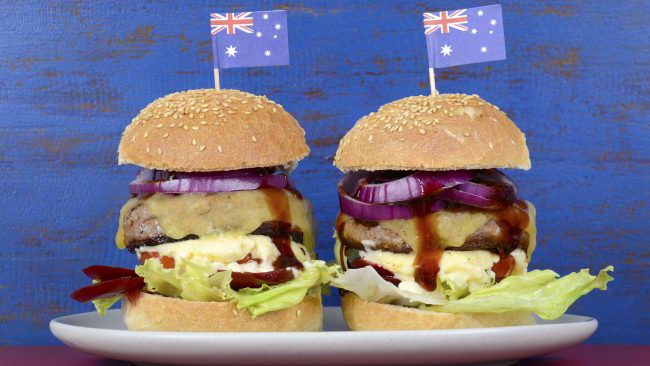 In addition to beets, this easy-to-make dish includes veal, cheese and bread, although each person decides to add other products to their liking: lettuce, mustard, tomato, etc.

The idea of ​​making the hamburger in this way arose in the XNUMXs. Although originally only cooked in local restaurants, today it can even be found in McDonald's the country.

It is a fish native to Australia, where its consumption is typical. Its name comes from the aboriginal language of Queensland, an Australian state, and means "large-scale river fish." It can measure up to two meters and weigh XNUMX kilos. 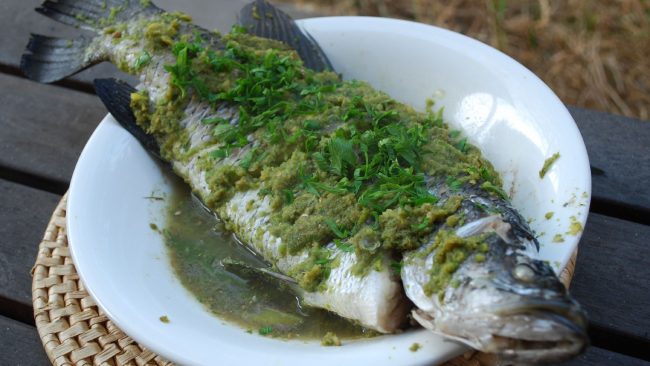 Barramundi: a fish weighing up to 60 kilos - by Alpha

This fish is unusual, since throughout its life it moves between fresh water and salt water. It can be fished in both eastern Australia and New Guinea.

Barramundi can be made in different ways: fried, baked, grilled or barbecued. For this reason, it is very common to find it on the restaurant menu.

The meat of this fish is white and flaky and its flavor is mild. It is low in fat and rich in omega 3, making it ideal for weight loss. It is also anticancer and beneficial for the heart. 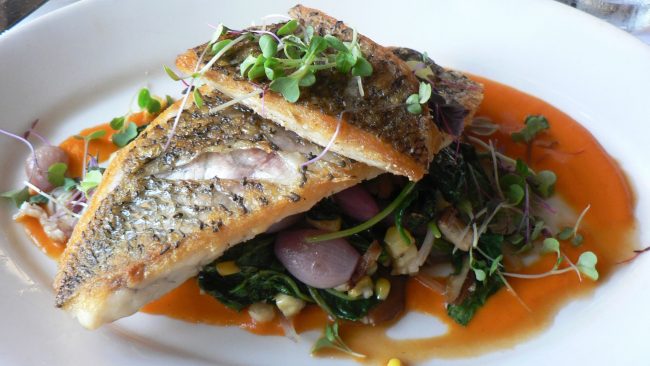 Fairy bread, or in Spanish, «fairy bread», is a traditional and homemade sweet. Its production in Australia has been known since the XNUMXs. However, its origin is unknown.

It is a typical dish in the of the kids. Its preparation is simple, so even the youngest can make it, even without the help of an adult.

Its main ingredient is sliced ​​bread, which, once cut into triangles, is spread with butter and filled with colored aniseed or edible confetti.

This article has been shared 226 times. We have spent many hours collecting this information. If you liked it, share it, please: 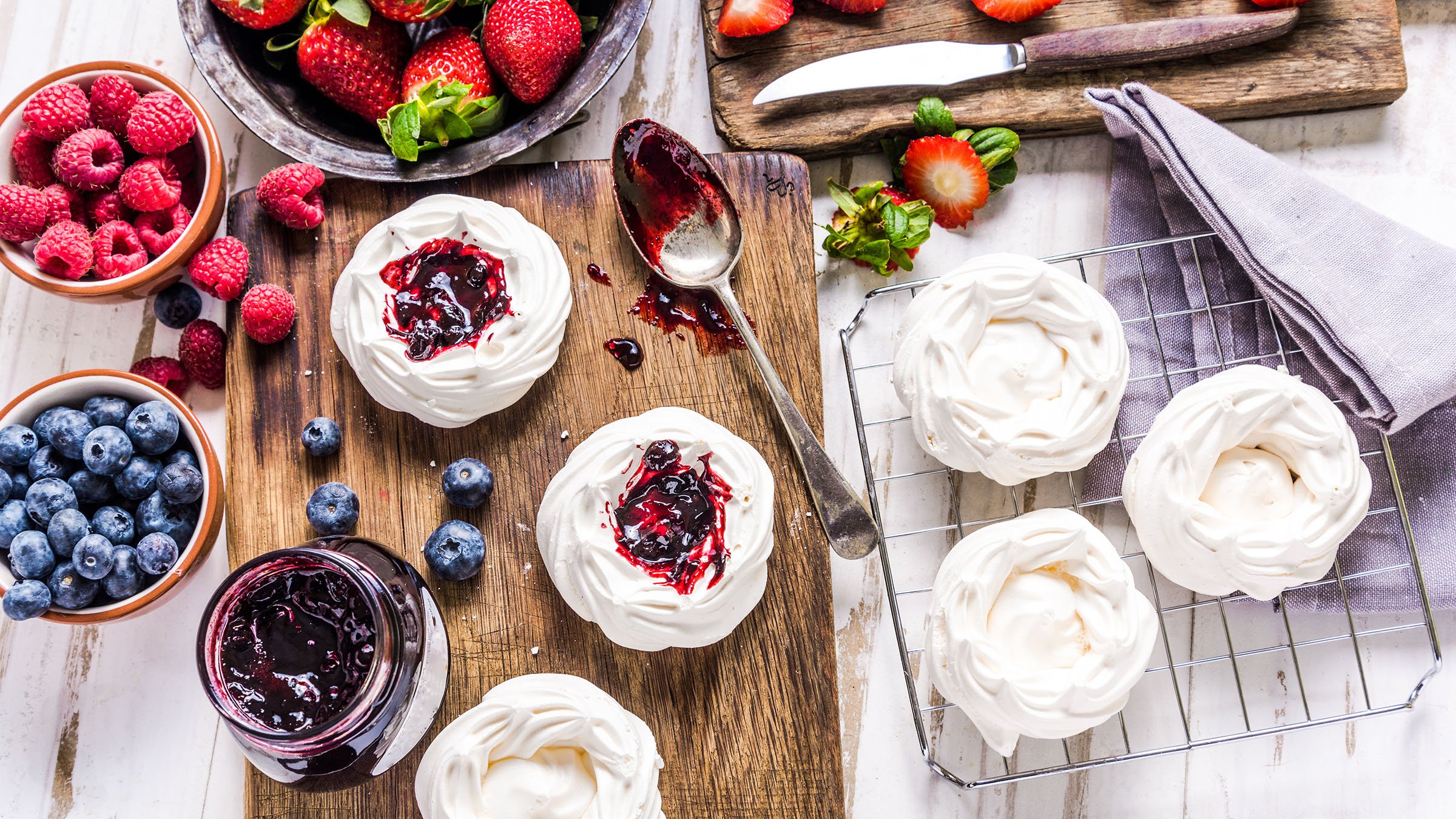 Share 226
We use our own and third-party cookies that offer us statistical data and your browsing habits; with this we improve our content, we can even show advertising related to your preferences. If you want to disable these cookies, press the Configure button. To keep all these cookies active, press the Accept button. More information in the Cookies policy of our website.
Setup
Accept and Continue
Manage consents