The 10 tallest waterfalls in the world: photos and videos 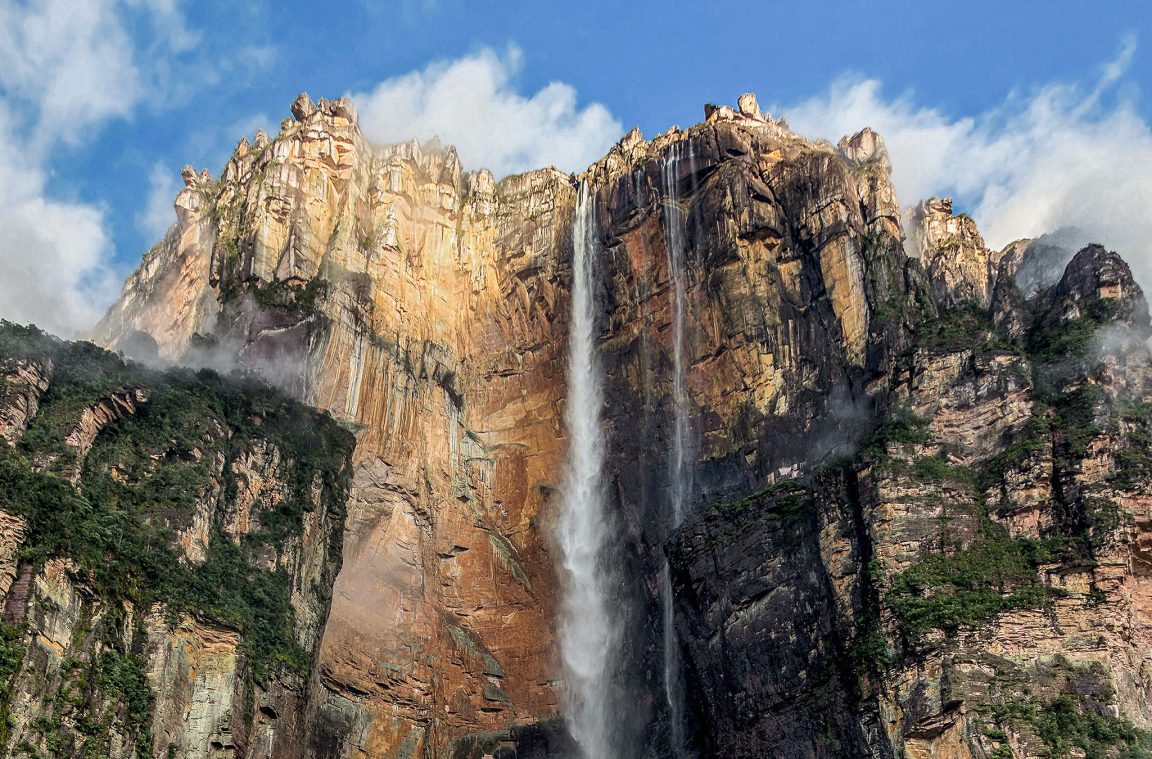 A waterfall or waterfall is a waterfall in a river due to a significant unevenness. These phenomena leave us impressive landscapes that already fascinated people in the ancient world. In this list you will find real images and videos of the 10 highest waterfalls on Earth ordered from lowest to highest. What is the highest waterfall in the world?

The tenth highest waterfall on the planet is located in NZ and it is the Browne Waterfall, 836 m. Its name and that of the lake in which it is born belongs to the man who discovered it while going By plane in the 40s: Victor Crlyle Browne. 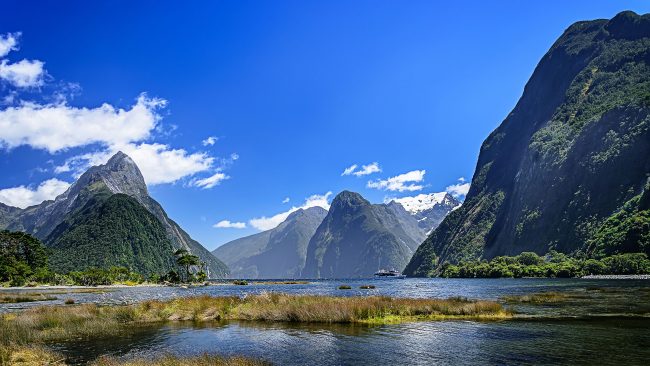 At 840 m, it is the tallest waterfall in North America. It is located in Princess Louisa Marine Provincial Park, in British Columbia, Canada. Have two streams parallel: one of them is permanent, while the other dries up in July. 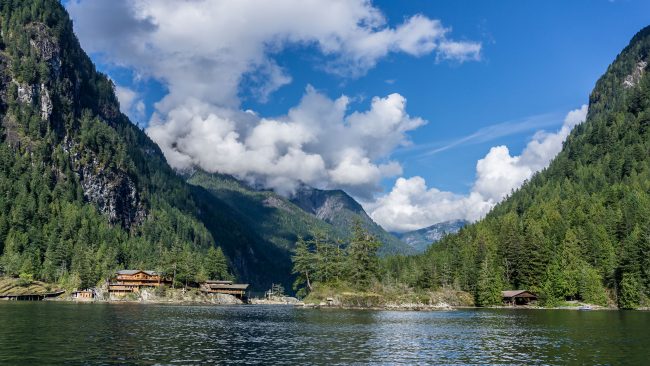 The eighth largest waterfall is also found on Molokai, Hawaii, and is 840 m high. It is not strictly a free fall, as it slides down an almost vertical cliff. It is 500 m away from the Olo'upena waterfall.

The next largest waterfall is also located in Norway, specifically in Osafjorden, Ulvik. It has a drop of 850 m. Although it varies throughout the year, its flow is quite low. 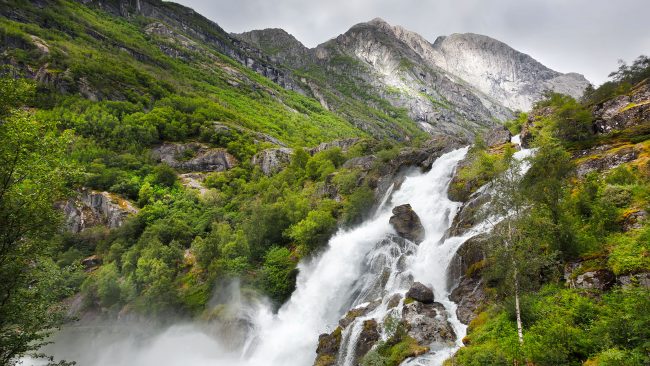 The largest waterfalls in Norway

The sixth largest waterfall on Earth and the first of Europe en Vinnufossen, in Norway, in the province of Møre Og Romsdal. The flow of this waterfall is fed by the Vinnufonna glacier. It measures 860 m.

The Yumbilla waterfall is in Bongará, within the Amazonas department of Peru, and is the fifth highest in the world. On top of this 895 m waterfall we find the cave of San Francisco de Yumbilla, where it is thought that it was born, although no one has reached the end of it. 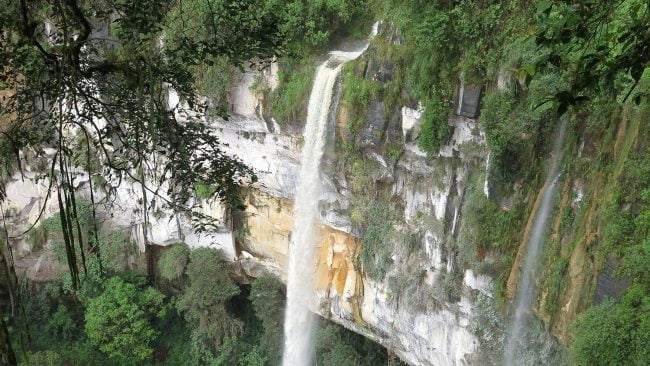 The mystery of the birth of the Yumbilla waterfall, in Peru

Olo'upena Falls is located in Molokai, Hawaii. It is isolated by mountains, so it can only be seen from the air or from the sea. It measures a total of 900 m.

With a height of 914 m we find the Tres Hermanas waterfalls, in the Otishi National Park, in the department of Junín, Peru. It is made up of three staggered jumps. The last of them ends in an underground hole that has not been explored. It can only be seen from afar, as it is surrounded by jungle.

In South Africa we find the second largest waterfall in the world: the Tugela waterfall, with a fall of 947 m. This 15 m wide waterfall is located in the Royal Natal National Park, in KwaZulu-Natal. 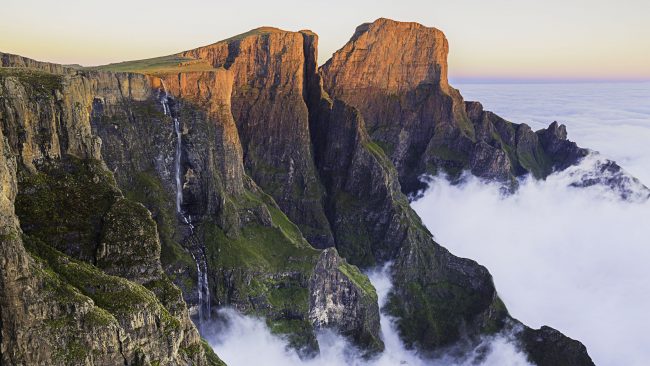 The highest waterfall in the world is the Angel Falls, in the Canaima National Park, Bolívar, as it has a height of 979 m. Its name was put in honor of the aviator Jimmie Angel, who in 1937 confirmed that this place existed after flying over it and having an accident there. 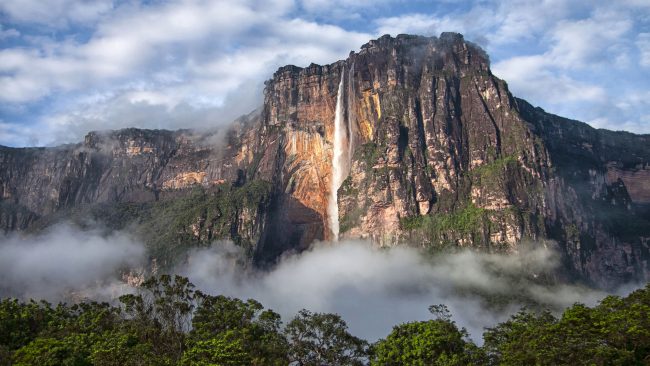 Angel Falls: the highest waterfall in the world

However, the indigenous people of the area, the people pemon, they already knew her under the name of Kerepakupai Come, Meaning jump from the deepest place.

You can see spectacular images of this waterfall in the following video, thanks to which you will also learn interesting facts about it:

The Angel Falls has been considered a World Heritage Site by UNESCO since 1994, so a total area of ​​30.000 km² is protected.

Share 49
We use our own and third-party cookies that offer us statistical data and your browsing habits; with this we improve our content, we can even show advertising related to your preferences. If you want to disable these cookies, press the Configure button. To keep all these cookies active, press the Accept button. More information in the Cookies policy of our website.
Setup
Accept and Continue
Manage consents