Indigenous communities of the world: customs and traditions Today, indigenous populations are considered a minority. According to data collected by the United Nations (UN), it is estimated that there may be around 300 million people in the world who belong to one of the almost 5.000 indigenous communities spread throughout the world.

Indigenous communities of the world: customs and traditions

It is estimated that indigenous people of South AmericaAs well as indigenous peoples of Central America, also called Amerindians Or simply, IndiansThey reach around fifty million people, which represents 10% of the total population.

Thus, there are some 400 native communities throughout America that can mainly be found in South and Central America.

Guatemala, Bolivia, Peru and Ecuador (Andean zone), whose aborigines are mainly concentrated in the Amazon Rainforest, are the countries where the largest number of indigenous inhabitants can be found, with tribes such as the Aguarunas, the Ashaninkas, the Bora, the Wampis, the awajunes, the ucayali ... The Ashaninkas - by Asier Solana Bermejo

BrazilHowever, it is the country with the greatest diversity of indigenous communities, although it does not stand out in terms of number of inhabitants, since these are communities with a small population, such as the Kamayura tribe, located in Mato Grosso, the Guarani, the Quechua or the Aymara. 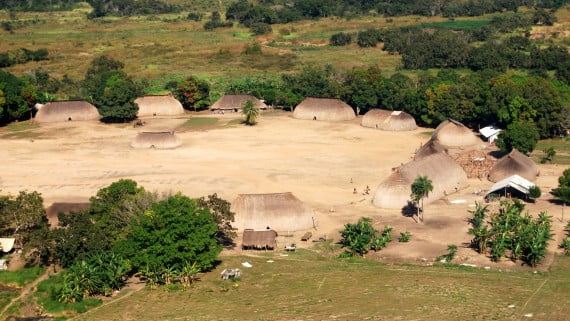 For its part, in Argentina we can highlight the following native communities: the Colla, the Diaguita Calchaquí, the Ava Guaraníes, the Wichí, the Pilagá, the Toba, the Huarpe, the Mapuche, etc.

However, the majority of Argentine indigenous people are now extinct and only the customs and traditions that they left in each area are preserved.

In Chile, the existence of nine aboriginal populations is currently recognized, among them the Mapuches, who are the largest community, followed by the Kolla, the Kawésqar and the Yagán. En Colombia, more than 3% of the total population is indigenous. They live from itinerant gardening, fishing and hunting.

Usually, Colombian indigenous populations are influenced by problems that affect the rest of the country, since they are not recognized by the State and, therefore, do not have autonomy rights.

Ethnic groups such as the Guajira, the Embera, the Cauca, the Nariño, the Sucre and the Wayúu, among others, stand out.

Their customs are mainly based on words and knowledge, which are expressed through their different languages, and they practice sports such as wrestling, archery and horse racing. All these traditions have been reinforced in recent years, as a way to combat the strong influence of modernism.

Mexico represents the largest percentage of native communities on the continent, among which we can find the Nahua, the Mayas, the Chiapas, the Otomí, the Tzotzil, the Mazahua, the Paipai, and many more.

The indigenous Mexicans are descendants of Mesoamerican societies, characterized by strong and deep-rooted customs, diversity and language, among which the tradition of growing corn, the lack of metallurgy and the expression of religion through human sacrifice stands out.

The Chiapas, an indigenous group of Mexico - by www.albertg.net

In the United States you can also find indigenous groups, officially called american indians in the USA, well known, as the Indians cherokee (in English, Cherokee and, in their native language, AH-NI-YV-WI-Y), which inhabited the states of Alabama, Georgia, North Carolina, South Carolina, Kentucky, Virginia and Tennessee.

Currently, their descendants have the same features and continue to practice some of their customs and rituals. They had their own syllabary, which was invented by Sequoyah, one of their most representative historical leaders.

In addition to the Cheróquis, there are other recognized Native American groups such as the Choctaw, Creek, Oyate, and Pawnee. In Canada, Aboriginal nations are now officially called Canada First Nations which, in turn, are represented by the Assembly of First Nations.

Native Canadians or Canadian-Natives reject the designation of nation state and prefer to be considered merely as indigenous peoples. We found groups of natives from Canada throughout the country, spread over different cultural areas. Thus, on the Pacific Coast fishing predominates, especially salmon, as well as hunting in rivers and oceans.

The native Candadians, in their origins, spoke a great diversity of languages, which varied according to the region where they lived; Currently, there are three major groups: the Eskimo-Aleut languages, which include the Canadian Arctic, Greenland, Alaska and some areas of Siberia; the Algonquian languages, spoken in Alberta (Canada); and the Na-Dené or Athabascan languages.

Regarding its political organization, today it is widely influenced by the European tradition.

Totems - by Jorge from Brazil

Currently, Europe does not have a variety of indigenous populations, since the continent is strongly westernized. However, it is worth noting the Sami or Lapp village, who have come to demand that they be given the consideration of indigenous and, with it, the autonomy and the corresponding rights, as well as their own communal organization.

The Lapp People, Sami o saami stretches between Norway, Sweden, Finland and the Kola Peninsula, which is located northwest of Russia.

The Lapps currently make up a population of approximately 80.000, of which the vast majority are concentrated in Norway and Sweden. Their customs are characterized by a culture based on hunting and fishing.

About 10% of the Sami population is dedicated to reindeer herding, a custom that has been preserved since ancient times. They have a traditional music, the so-called singing Yoik. Their language is Lapp, which is divided into three dialects: Central Lapp, Eastern Lapp, and Southern Lapp. The indigenous Sami of Europe - by Harvey Barrison

Other aboriginal populations of Europe are the Nenets, descendants of the ancient Samoyeds, and the Komis. These indigenous minorities inhabit the surroundings of the Ural Mountains, specifically the Archangelsk and Komi regions, and have been considered indigenous by the Russian Federation.

According to data collected by the UN, around two-thirds of the Asian population are made up of indigenous people, which may also receive one of the following names: tribal peoples, indigenous people, custom Society, Adivasis o mountain tribes.

Most of the indigenous peoples of Asia are found in India, where the term is used adivasi which is literally translated by native inhabitant.

These groups, although they are considered a minority, have a very heterogeneous structure and are coordinated by two main organizations: All India Coordinating Forum for Adivasis and Indigenous Peoples (AICFAIP) and Indian Confederation of Indigenous and Tribal Peoples (ICITP).

650 tribal groups are recognized in the Indian Constitution, spread throughout the Indian states of Andhra Pradesh, Assam, Bijar, Gujarat, etc.

These tribal groups face very rapid changes in their societies, which makes it very difficult for them to maintain economic, political and social stability within their internal social hierarchy and, at the same time, leads them to find themselves in a situation of marginalization and poverty.

Most of these communities are located in the mountainous areas, divided into small groups. 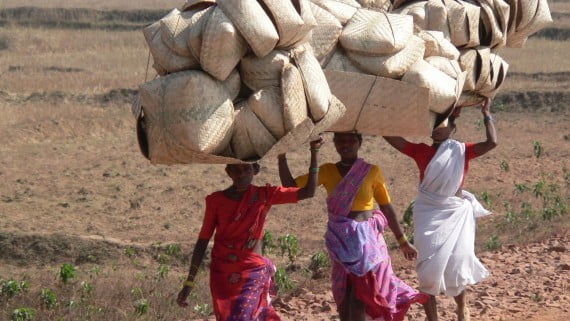 Adivasis of Orissa, India - by rajkumar1220

Also highlights Bangladesh, where, although the majority of its inhabitants are Bengali, about three million are considered indigenous.

These tribal groups are especially concentrated in the north of the country and in the Chittagong Hills and there they are called jummas, derived from the fact that their agriculture is fundamentally based on crop rotation, a tradition that is considered characteristic of these groups and that in their language is called yum.

En Japan Two main groups stand out: the Ainu and the Okinawans. These ethnic groups are found throughout the archipelago between the islands of the extreme north and south.

Specifically, the Ainu are located in the Sakhalin and Kuril Islands, and the Okinawans, in the Ryūkyū Islands. For these groups, those who follow the Ryukyuan culture, nature plays a fundamental role, so among its ancestral leaders is the Spirit of Nature or kamui, to which they dedicate a whole series of rituals.

The shisha o sisha They are mythological beings that are used as a cultural manifestation within these ethnic groups and that resemble a mixture between a lion, a dragon and a dog.

Sisha, being from Okinawan mythology - by Chris Harber

En AustraliaThere are a large number of indigenous communities, such as the Anangu, the Nunga, the Palawah, the Koori, the Murri, the Noongar, the Yamatji, the Wangkai, the Yapa and the Yolngu.

The Aborigines australians Today are the descendants of the first inhabitants of the continent, as well as the islands that surround it and the Torres Strait, located between Australia and New Guinea.

These groups currently occupy about 3% of the total Australian population and have their own languages, although many of them are now extinct.

Among their most ingrained customs is the worship of the land. Each ethnic group is linked to a totem that is usually related to some element of nature that surrounds it. 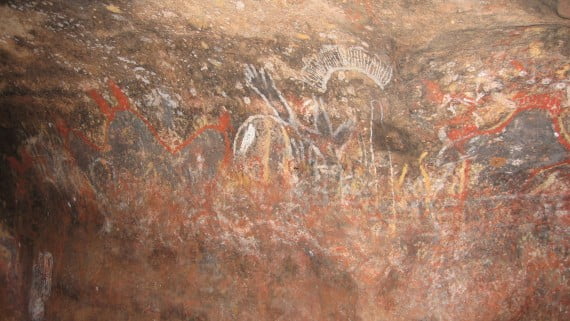 En NZhighlights the group of Maori, whose culture has spread throughout the entire NZ and it has become a tourist attraction.

Maori are actually the Kenua tangata, that is, the aboriginal people of New Zealand, and they represent 14% of the total population of the country. Its official language is Language and, among its cultural manifestations, dances stand out, among them the haka, an ancient war dance. Songs and visual arts are also two traditional elements of these communities that attract special attention.

There are so many African indigenous communities as colonizers they conquered Africa thousands of years ago. This is one of the reasons why some historians refer to the continent as the cradle of humanity.

Thus, today a great diversity of tribes and indigenous groups can be found around Africa, whose culture and customs are considered defining of the continent as a whole. highlights the pygmy community, considered the first African population in history. They are a group of hunter-gatherers whose habitat is found in the African equatorial jungles.

The main characteristic that defines the physique of these indigenous people is their short stature, which does not exceed one and a half meters. Other indigenous groups include: the Bushmen (Botswana), the indigenous people of the Omo Valley (Ethiopia), the Maasai (Tanzania) and the Ogieks (Kenya).

This article has been shared 504 times. We have spent many hours collecting this information. If you liked it, share it, please: Share 504
We use our own and third-party cookies that offer us statistical data and your browsing habits; with this we improve our content, we can even show advertising related to your preferences. If you want to disable these cookies, press the Configure button. To keep all these cookies active, press the Accept button. More information in the Cookies Policy of our website.
Setting
Accept and Continue
Manage consents