Folkloric and exotic dances of India 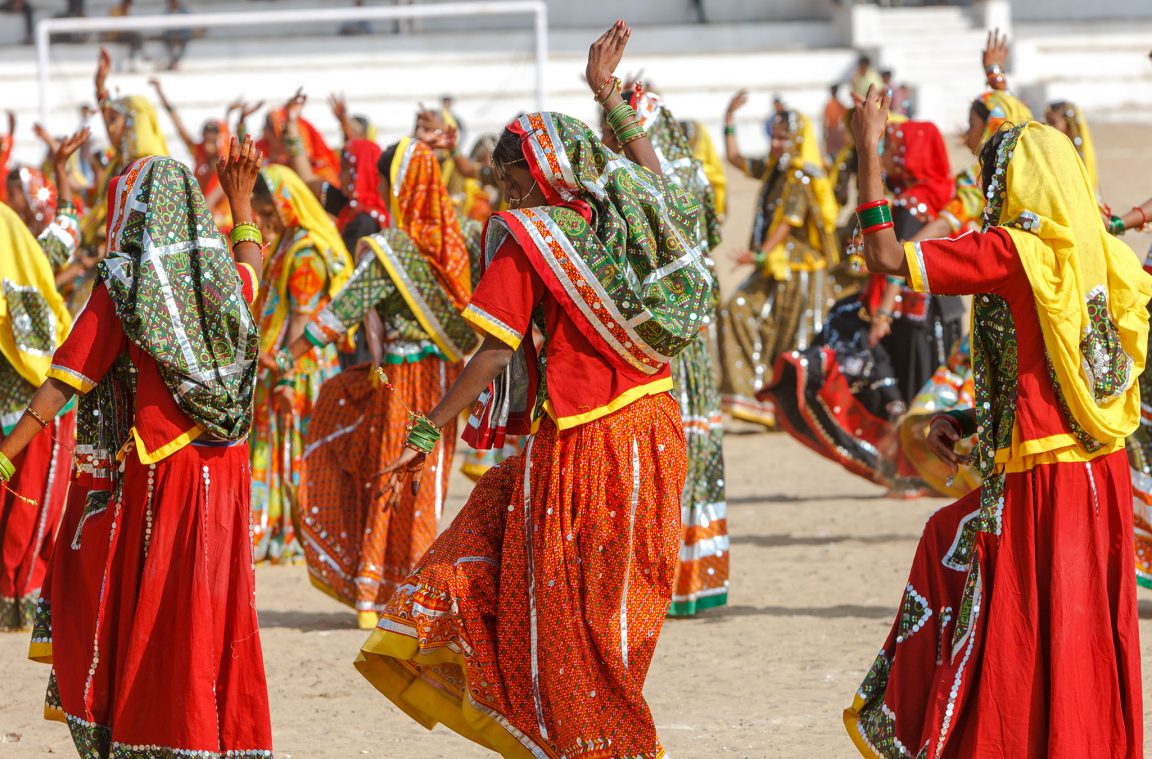 India has a great variety of dances, some of them ancient and others modern. In all of them, the clothing that is used and the movements that are carried out stand out.

Contrary to what some people think, the representative dances of India are not the same as the Arab dances. Although they have certain elements in common, their characteristics are different. In this article, we talk about the most important ones:

Folkloric and exotic dances of India

Classical dances are a set of dances from India that have centuries of history and therefore have become a symbol of their culture. They are as follows:

This dance was developed in the state of Odisha, in the east of the country, and has more than 2.000 years. old. Although it was prohibited during the English occupation, it was rescued thanks to the manuscripts and sculptures.

Its objective is to describe emotions through the body and the poetry that is recited. In it, the body is divided into three parts: the head, the chest and the pelvis. This partition is called tribhangi. Throughout its development, we can talk about three different schools:

Mahari
It was learned by girls in temples, so it was considered sacred.
Nartaki
It is the one that was practiced in the royal palaces.
Gotipua
It began to be danced by men dressed as women from the XNUMXth century on. 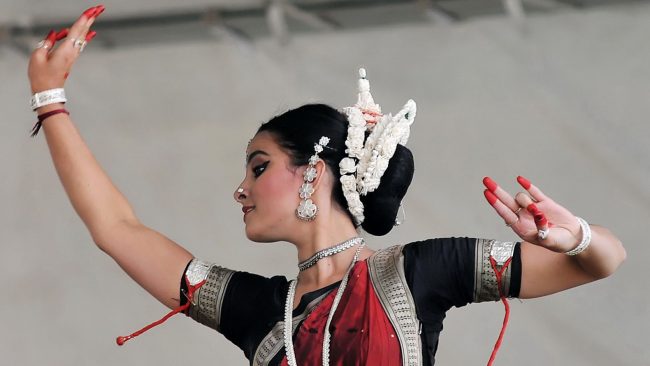 Odissi: One of the Classical Dances of India - by Brendan

The concept bharatanatyam It is made up of different words:

Its origin is in Tamil Nandu, south of India. It is a reconstruction of a sacred dance that was practiced in temples. In it, the expression with the face and hands stands out, with which mudras are made.

Mudras are hand gestures that are sacred to Buddhists and Hindus.

It is interpreted individually and must be learned from a young age. This dance is intended to tell stories. It is a dance associated with fire and has a feminine part (lasya), and a male (anandathandavam). 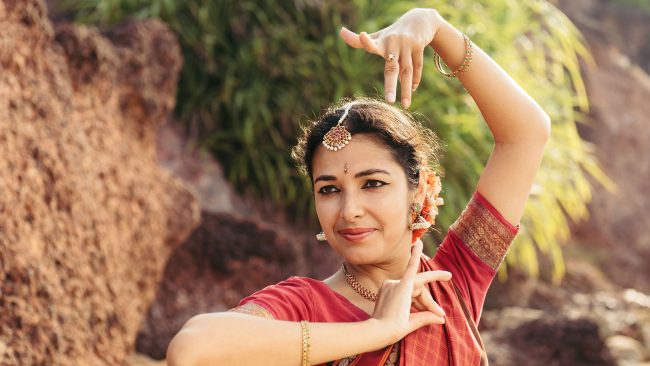 The mudras in the Indian dance of bharatanatyam

Dance kathakali comes from Kerala, in the south of the country. What stands out most about her is that she is dramatized. In addition, the dancers wear impressive costumes and make up their faces.

The characters that usually appear in this dance are the heroes, called satvika; the heroic divinities, pacha; and the cathi, the anti heroes. In this video we can see how surprising it is:

El cathak originated in the north of the country. In it, the interpreters also pretend to tell a story. The pace starts out slow and builds up little by little.

This dance has influences from sacred dances, from the Hindu movement called bhakti and of Persian and Asian dances. There are two styles: the pure or nitta and the expressive o nritya.

This dance developed in the Andhra Pradesh region of southern India around the XNUMXst century BC. It has elements in common with the bharatanatyam, but it has unique features.

With him, sacred stories are also told, mudras are made with the hands and the expression of the face is used. Formerly, it was only danced by hombresBut nowadays women do it too.

In Kerala we find the mohiniyattam, word that means dance of the enchantress. In it, the hip movements attract attention. In her choreography there are both smooth movements and jumps.

El sari The dress that is usually used is white with some golden details. There are two types, the pure dance and the exhibition dance. It is only practiced by women. 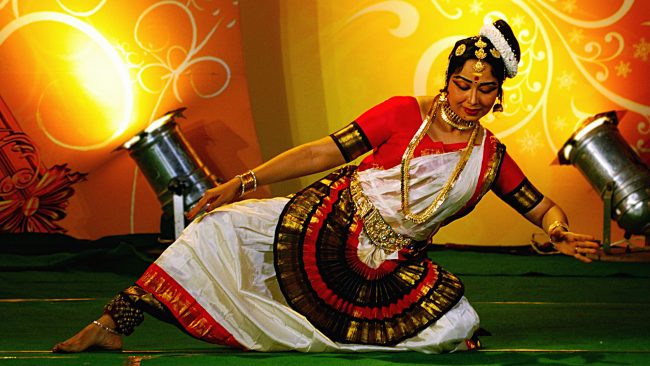 The origin and meaning of mohiniyattam - by Thejas Panarkandy

The manipuri comes from Manipur, in northeast India, near the border with Myanmar. Unlike in other dances, in this one the feet rest gently on the floor.

This exotic dance is characteristic of the state of Assam. Before it was a dance of monks, but later women and people who did not belong to the monasteries or sattras they started dancing it.

Bollywood It is the film industry that we find in India, specifically in Bombay. Hence its name, which is a fusion between Bombay y Hollywood. In the films produced here, choreographies abound in pairs or in groups.

These dances are a set of movements from classical dances, Hindu folklore and modern dances. For this reason, they are currently quite well known around the world.

Every year new songs are made famous. One of the ones that has stood out the most so far has been the song Jai Hoby the musician AR Rahman. This one appears in the movie Slumdog Millionaire and won the Oscar for the best original song in 2008. We can see his dance in the following video:

In addition to the classical and modern dances, we find some characteristic dances of certain areas of India that have lasted over time:

El bhangra, Meaning flooded with joy, belongs to the Punjab region, in the north of the territory. Originally, it was practiced by peasants to celebrate the beginning of spring and the harvest season.

With it a kind of communication between heaven and earth is interpreted, which are the arms and legs. It has an intense rhythm and the blows with the feet stand out. Since the 1970s it has become quite popular around the world.

Dance kabelia comes from nomadic tribes gypsy women from Rajasthan in northern India. These towns are characterized by the training of snakes and, therefore, are known as snake charmers.

The dance they have developed imitates the movements of cobras. It is performed during the holidays. The dancers wear bells on their feet, with which they set the rhythm.

This article has been shared 162 times. We have spent many hours collecting this information. If you liked it, share it, please: 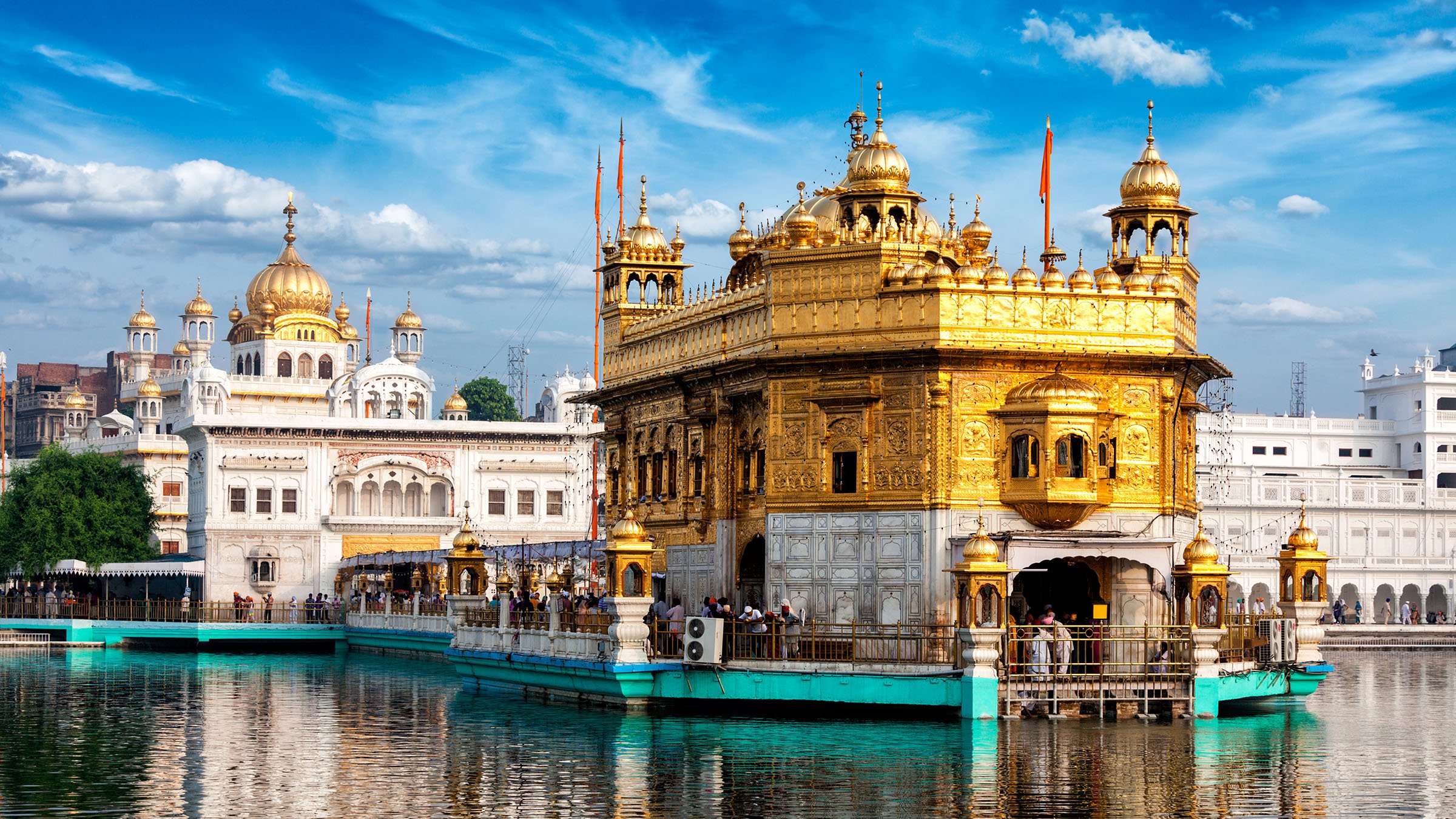 Share 162
We use our own and third-party cookies that offer us statistical data and your browsing habits; with this we improve our content, we can even show advertising related to your preferences. If you want to disable these cookies, press the Configure button. To keep all these cookies active, press the Accept button. More information in the Cookies Policy of our website.
Setting
Accept and Continue
Manage consents