The five continents of the world and their gastronomy 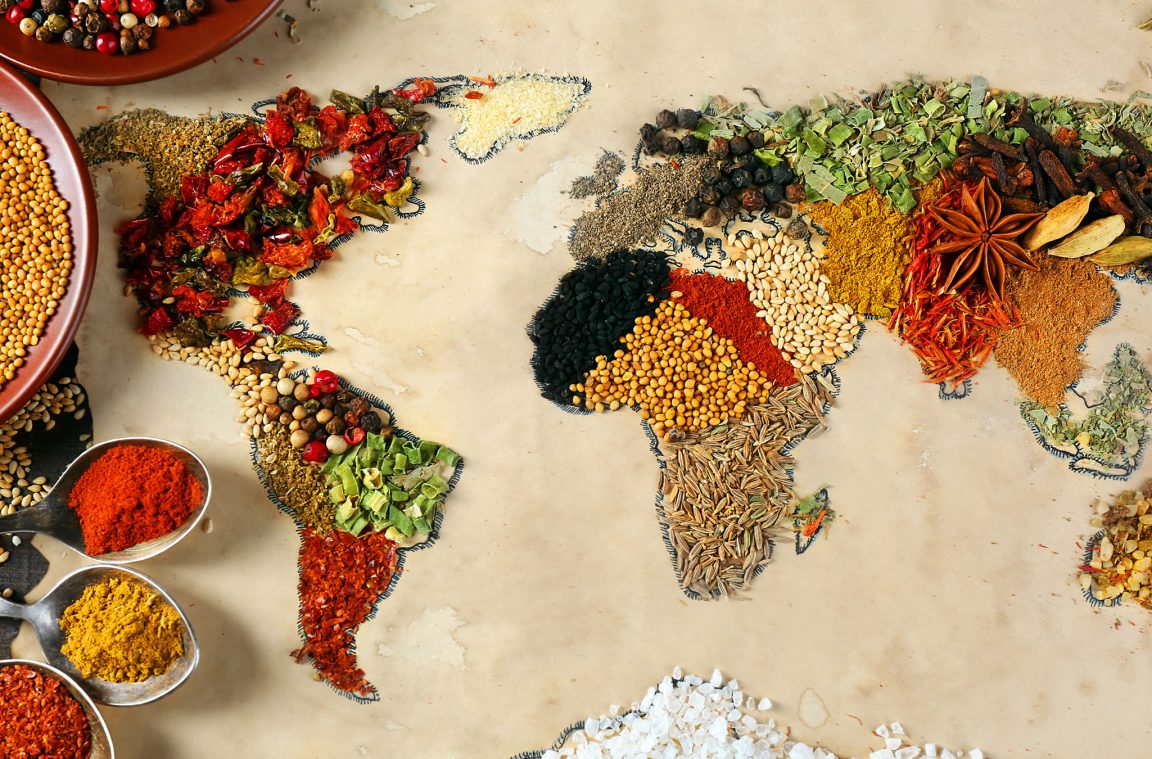 One of the cultural aspects that stands out the most when traveling to a foreign country is its gastronomy. He culinary art, the customs and indigenous ingredients of each country can vary greatly from one region to another, so many people enjoy tasting the traditional dishes of a given country when they travel. Broadly speaking, culinary traditions from around the world can be divided by continents as you will see below.

The five continents of the world and their gastronomy

Starting with North America, a clear distinction can be made between Gastronomy of Canada, United States and typical dishes of Mexico, the latter are currently included among the most important and famous dishes in the world.

The popular tex-mex cuisine, originating in North America, is one of the world's most famous culinary traditions. The set of dishes that make up the Tex-Mex cuisine responds to a fusion between the Mexican style and the American in general terms. 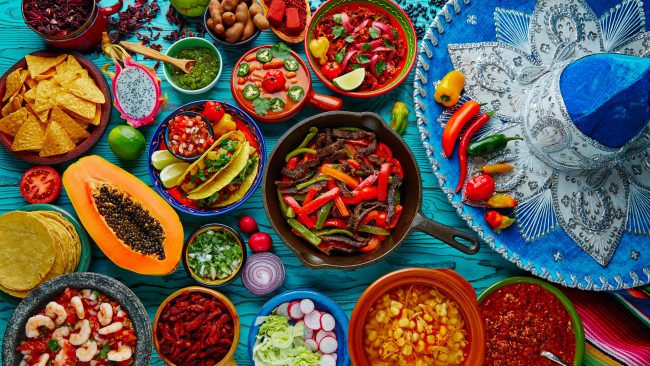 Importance of Mexican gastronomy in America

In the United States, the gastronomic culture is born from a mix between different cuisines of the world due to the number of immigrants from Europe, Asia and Africa. The canadian gastronomy It is largely related to the different indigenous cultures that inhabited the country over the centuries, which is why it is so varied today.

The native fruits of the forests and tropical fields, such as guava, papaya or mango are very frequent among the different desserts of South America. Also, sweet potato, cassava and corn are some of the most used ingredients. 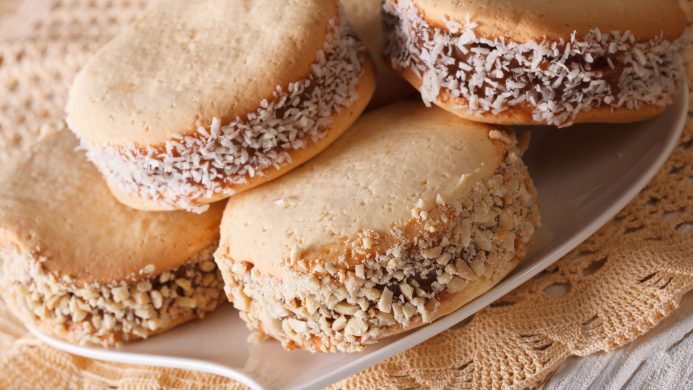 Finally, in Central America there is also a high influence of indigenous, Spanish and African cuisine. The typical dishes of each of the countries that make up Central America stand out for their strong flavors, full of aroma and color.

Mediterranean cuisine stands out for the use of a wide range of products of plant origin, that is, fruits, vegetables, nuts and legumes. There is also a large presence of bread and other cereals such as wheat. Olive oil is the main fat and is used to make a myriad of typical dishes from different European countries. 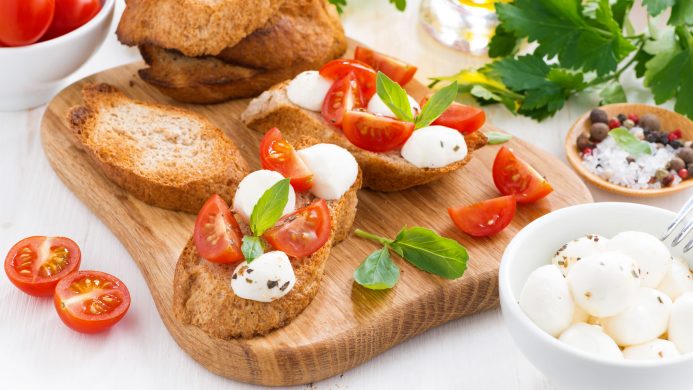 Ingredients of the Mediterranean diet

Spanish cuisine is probably one of the most popular with tourists from around the world, with the famous spanish tapas to the head. The potato omelette or the Valencian paella, among many other dishes of purely Spanish origin, are one of the main tourist attractions at an international level.

For its part, the Italian gastronomy it is perhaps the most imitated in the world. Of course, the most famous dishes in Italy are pizza, risotto and pasta, although the list of typical dishes and sauces (pesto, bolognese, carbonara…) is much more extensive. Currently, the number of pizza recipes is endless: seafood pizza, Neapolitan, four cheeses, margarita, etc.

French gastronomic culture has influenced that of many other countries and that is why it is currently among the most important in the world. Thanks to the regional variety of France, the list of typical dishes is almost endless. 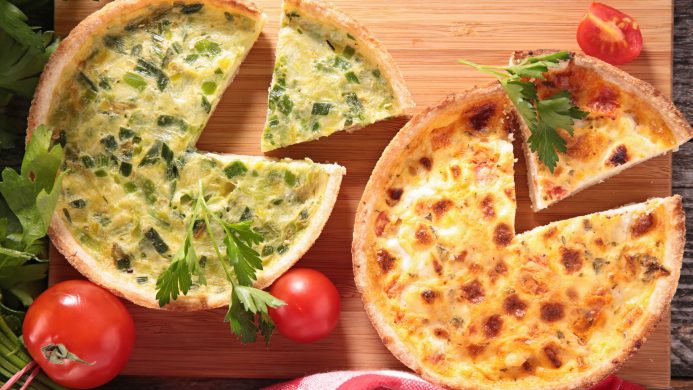 If we move a little further to the north of Europe, specifically to Germany, we will find ourselves in front of a gastronomy somewhat remote from the Mediterranean prototype described above, although it is also highly influenced by the French culinary tradition. The sausages of German origin stand out, especially the sausages or Sausages, which are usually accompanied by the famous sauerkraut (Sauerkraut in German).

Asian cuisine can be divided into two main subgroups: East Asian and Southeast Asian. That is why, when referring to Asian cuisine, it should not be confused with oriental cuisine, since the latter refers to the area from southern eastern Siberia to Indonesia, including Japan, Mongolia, Korea, Thailand, Vietnam and almost all of China. 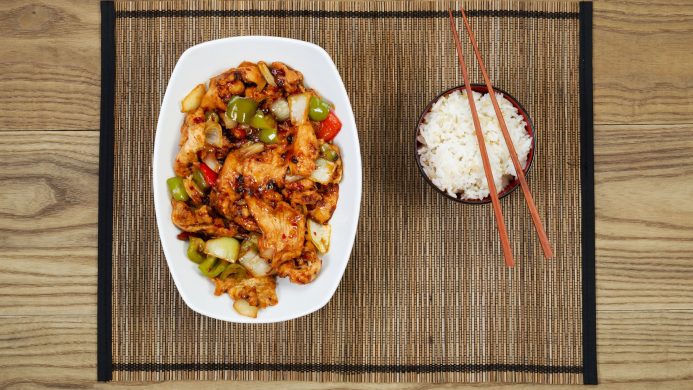 Different Asian cuisines have in common the abundant use of various types of fish from the Pacific and Indian Oceans. On the other hand, the consumption of rice It is also another of the star habits in Asian cuisine in general, as well as vegetables and various spices. Also eating seaweed, raw fish, bamboo or shark fin, among other rare ingredients, is delicious for most Asians.

In general, Asian cuisine tries to balance and give equal importance to all aspects of the dish: color, flavor and aroma. In China, for example, this balance is tried to be achieved in the first courses of a typical menu using three or even five different ingredients. The colors red, yellow, black, brown and white are usually the most common in their traditional dishes. 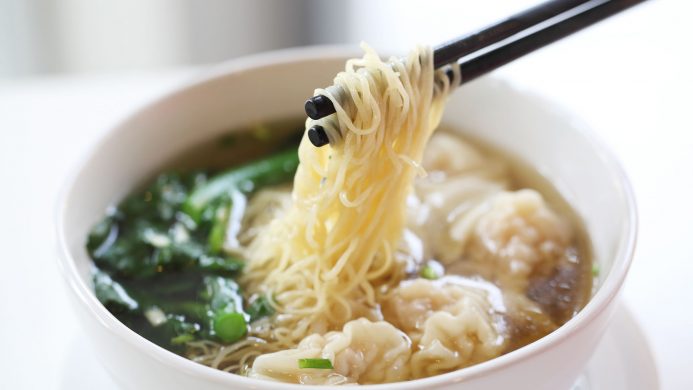 The main advantage of Asian cuisine compared to Western cuisines is that its dishes contain less carbohydrates, sugars and fats. This is achieved mainly thanks to the high consumption of fish, which favors circulation. Fruits and vegetables are consumed daily, to the detriment of processed products, which are rare in Asian countries.

The gastronomy of Oceania is a mix between Western and Asian culinary traditions. This continent is made up of Australia, the islands of New Guinea, NZ and the archipelagos of Melanesia, Micronesia and Polynesia, all of them surrounded by the Pacific Ocean, so it is not surprising that fish and shellfish are very common in their dishes.

Australian cuisine is, broadly speaking, a reflection of the different foods that have stood out in the history of this country, including the ingredients used by the Aborigines australians, whose indigenous gastronomy is known by the name of bush food o bush tucker. Also Irish and British cuisine are present.

Australian desserts stand out, widely influenced by British cuisine, where the famous ones originate feet or cakes, both sweet and savory. The consumption of meat, generally chicken or beef fillets accompanied by grilled vegetables (potatoes, beans, beans ...), is very common too. 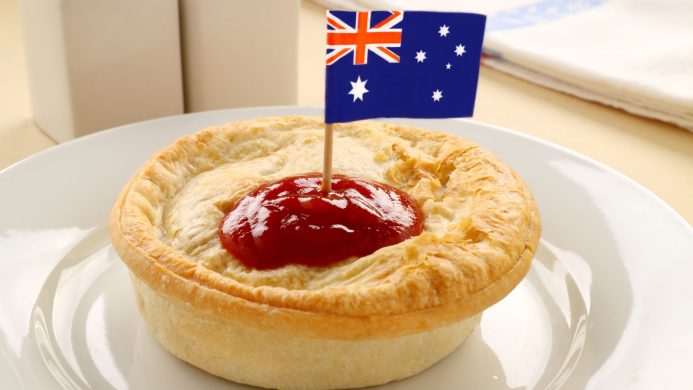 The cuisine of the Fiji islands is the result of merging the cuisines of Polynesia and Melanesia, as well as those of India, China and the West. For this reason, rice is part of the daily diet of its inhabitants, along with other foods such as coconut, sweet potato, yucca or bread, among others. The most famous dish is called I lov, which consists of a mixture of meat, fish and vegetables wrapped in a banana leaf.

The cuisine of the different countries of the African continent is characterized above all by its exoticism, which is achieved thanks to the use of numerous species and ingredients typical of Africa. African gastronomy is also widely influenced by Asian and Western cuisine.

In the northern regions of Africa, including Tunisia, Algeria, Egypt and Morocco, couscous is the staple food. It is wheat semolina, which is cooked in a very similar way to pasta. Couscous is cooked accompanied by various ingredients that may vary depending on the case, although olive oil, saffron, cloves, ginger and other spices are usually never lacking. 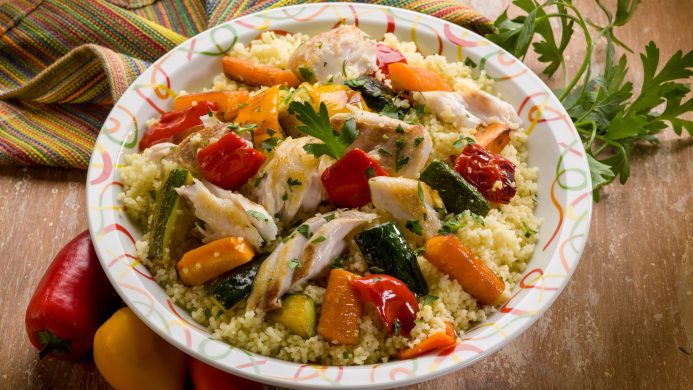 Couscous accompanied by chicken and vegetables

On the other hand, anyone who visits Africa, whatever the country, will appreciate that the shellfish, especially if visiting the southern and eastern parts of the continent, it is a special food. It is not so much about the species of shellfish that are consumed, but more about the way they are prepared. The soups and seafood stews that are prepared in these areas are part of the gastronomic pride of its inhabitants.

In East Africa, there are two most representative dishes: matoke and ugali. First of all, matoke is a very simple preparation made from steamed green bananas. Second, ugali is made from corn, much like cornstarch or polenta, and is used in various stews and soups. It is said that the best ugali in Africa can be tasted in Uganda.

In the countries of west africa, Maafe is another very popular stew whose main ingredient is peanuts. In fact, it is a dish that is consumed almost daily. It is basically a meat stew that includes various vegetables, rice, hard-boiled egg, and peanuts. In the central regions, bambara is one of the most attractive desserts.

This article has been shared 211 times. We have spent many hours collecting this information. If you liked it, share it, please:

Share 211
We use our own and third-party cookies that offer us statistical data and your browsing habits; with this we improve our content, we can even show advertising related to your preferences. If you want to disable these cookies, press the Configure button. To keep all these cookies active, press the Accept button. More information in the Cookies policy of our website.
Setup
Accept and Continue
Manage consents