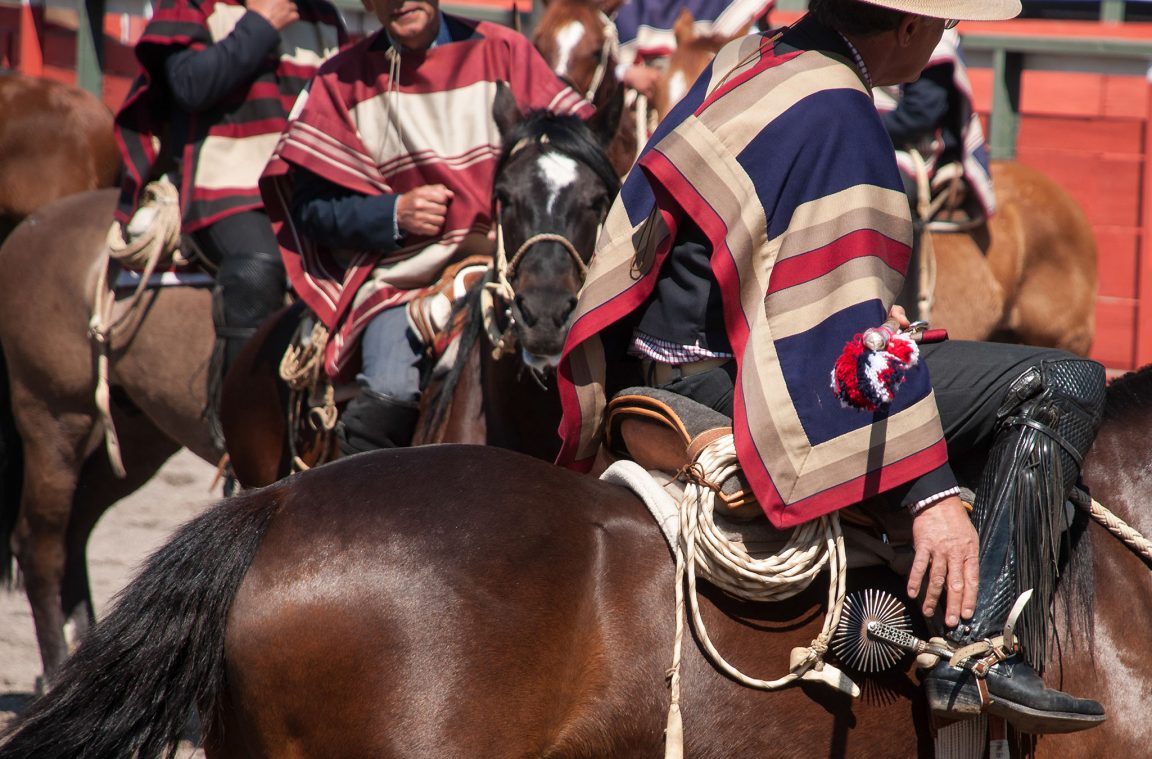 Chilean folk clothing is different in each region of the country. In this article, we talk about the regional costume of each area, both for men and women. Some are used on a day-to-day basis, while others are reserved for National Holidays.

The ethnic group that inhabits Easter Island is known as rapanui. It is a totally different area from the rest of the territory of Chile, since it is an island that is in Oceania. The typical clothing of this town is characterized by the color white, which is sacred to them.

When it comes to dancing, the women wear skirts made with feathers, material that they also use for crowns. The top is covered with a bra.

As for the men, they wear a loincloth called Hami Hiko Kyoe They cover it with banana fiber and some ornaments like shells. The mahute, a fiber extracted from native plants.

In the following video you can see what these costumes are like and in what type of dances they are carried:

The inhabitants of the central zone of Chile, where we find Santiago de Chile, are called huasos. Their clothing is characterized by being comfortable, since they ride by horse frequently. The differentiating characteristics of this clothing are the wool blanket, the leather leggings or leggings and the shoes with spurs.

On the other hand, the woman, known as ChinaShe usually wears a dress with floral motifs and bright colors accompanied by a white apron and black high-heeled shoes. Hair is tied up. In the following image you can see an example of this typical clothing: 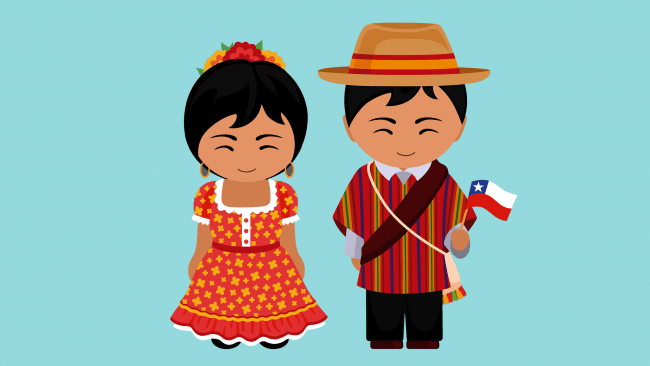 Drawing of the typical costume of the central zone of Chile

The elegant male costume, used to dance the cuecaIt is characterized by the cotton shirt, the short jacket with buttons on the sleeves, the black hat and the wide colored sash.

The girls wear a long skirt, a red sash, a blouse, a white scarf, black shoes, a short black jacket and a black cloth hat.

In the north of the country, men wear white trousers every day. alpaca wool with belt or chaco and a light shirt. This is accompanied by a poncho, a hat or chullo, a bag and sandals. This clothing is also known as northern suit.

Women Aymara, name of the indigenous population of this area, wears a long skirt and a blanket that covers her chest called awayo, as well as a cloth hat. The blanket has a double function: to shelter and transport a child or some objects. 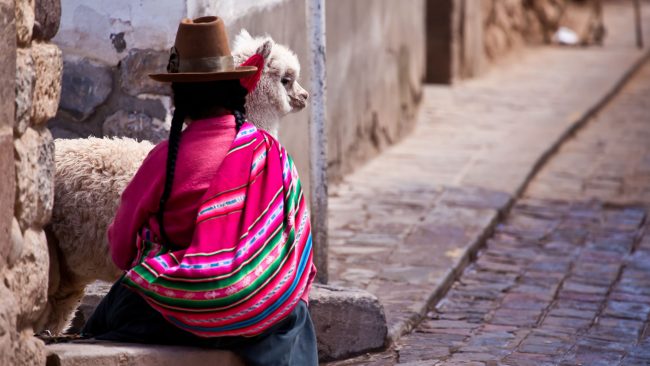 Typical clothing of the Aymara woman of Chile

The male ceremonial costume consists of a jargon (white pants with buttons), a loom-woven shirt and a light-colored poncho. The woman has two options: a black wool tunic with a woolen sash or shirt and a colorful skirt.

The woman of town mapuche, in southern Chile, usually wears a long black tunic known as chamal. This is accompanied by a girdle or trarihue and a blanket called ükulla. On her head she wears a scarf or munuloncoas well as silver jewelry.

In the following video you can see some women from this culture performing a folk dance and wearing this clothing:

The men wear gray woolen pants, a light-colored or white shirt, a poncho or makun and a girdle. They also put a cloth hat on their heads.

In this territory, specifically in the Chiloé archipelago, we found the chilotes. Typical men's clothing is characterized by gray pants, a vest, a beret and wool socks with boots. The elegant suit wears a dark blue jacket.

The feminine is distinguished by a black skirt, a white blouse and a light-colored vest. The women cover their heads with a scarf. At parties, they add a black cloth jacket and high heels to their clothes.

Finally, in the Chilean patagonia, the pastor u sheepdog He wears jeans, a short jacket, a sash, a beret and a scarf. Women wear woolen skirts or trousers, jacket and scarf, plus a blanket or chamal Grey.

Share 49
We use our own and third-party cookies that offer us statistical data and your browsing habits; with this we improve our content, we can even show advertising related to your preferences. If you want to disable these cookies, press the Configure button. To keep all these cookies active, press the Accept button. More information in the Cookies Policy of our website.
Setting
Accept and Continue
Manage consents