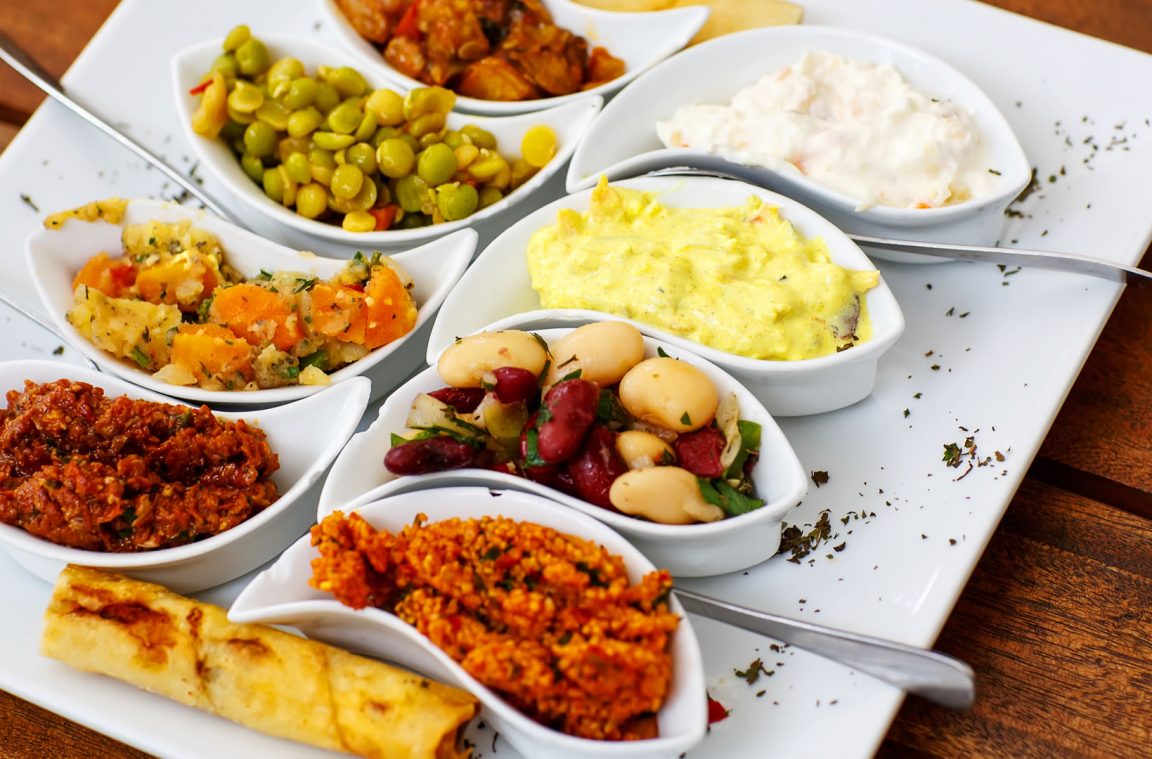 Un half, in plural mezzedes, is a set of Greek appetizers. It consists of a selection of small traditional dishes in the cuisine of the eastern Mediterranean and the Middle East. It is common for them to be served in exclusive places for tasting, which are known by the name of mezedopoleion.

The tzatziki sauce is a classic among the sauces of the greek cuisine which currently has different versions.

This sauce is also known by the name of yogurt sauce and is that its main ingredient is Greek yogurt, hence its name. 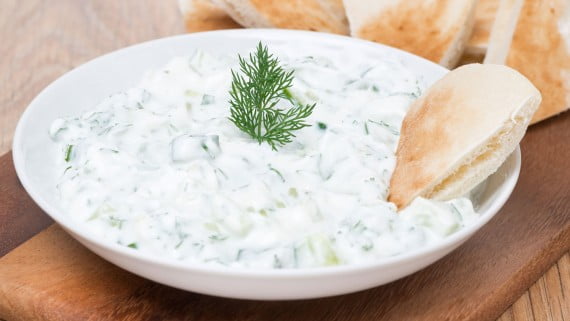 The second most important ingredient in this sauce is the cucumber, from which the seeds must be removed previously.

Fresh dill is also a must in this mezze. In addition, garlic, lemon juice and black pepper are added. All this is crushed and we will have our tzatziki sauce ready.

The Greek-style hamburger is distinguished from traditional hamburgers because it includes a basic ingredient in the gastronomy of Greece: The cheese made. 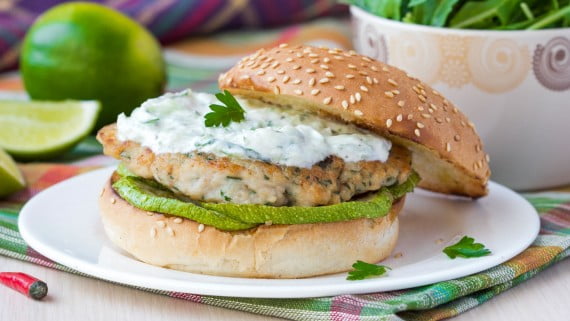 In addition, the usual lettuce leaves are usually replaced by leaves of spinach and ketchup or mustard for yogurt sauce or tzatziki. The meat is normally lamb, although there are variants in which it is turkey, chicken or beef.

Hummus is actually a rather original dish from Middle East. The star ingredient in this dish is chickpeas, which are crushed and mixed with tahini sauce.

This sauce is made from sesame seeds and is very popular in Mediterranean cuisine. Ingredients such as olive oil, garlic, lemon juice and a wide variety of herbs and spices are not lacking in the traditional recipe. The origins of hummus date back to the XNUMXth century. 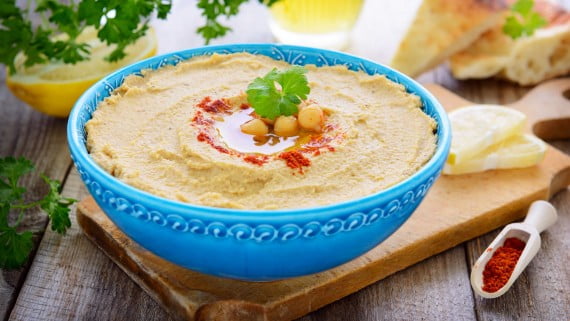 Melitzanosalata is one of the tastiest and simplest ways to eat Eggplants, suitable even for those who do not like this vegetable too much.

In addition, it is a totally suitable dish for vegans and vegetarians. Aside from aubergines, this kind of cream or salad includes garlic, lemon juice, black pepper and salt. 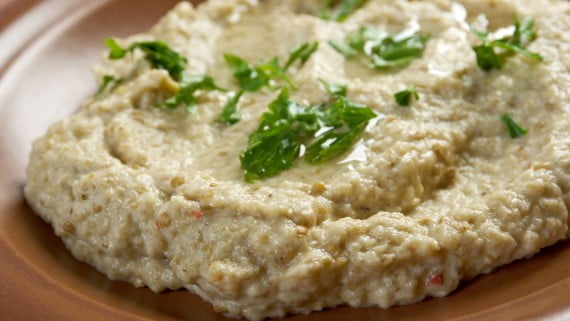 The spanakopita or spanakotiropita consists of a cake of spinach and feta cheese that can be presented well in the form of a cake (similar to the Galician empanada so popular among spanish tapas).

This mezze is very popular in Greece and is, in fact, sold in every bakery in the country. The main ingredients, as we have said, are spinach and feta cheese, but, in addition, you cannot miss a touch of the herb called dill, all wrapped in filo dough. 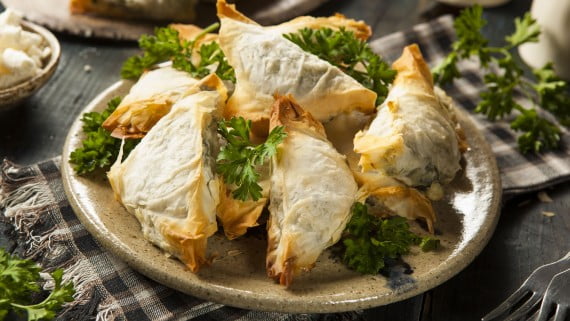 Tyropita or Tyropita is a very popular mezze in Greece and consists of a kind of dumplings similar to the spanakothyropite, except that in this case the filo dough is filled with feta cheese and eggs instead of spinach. 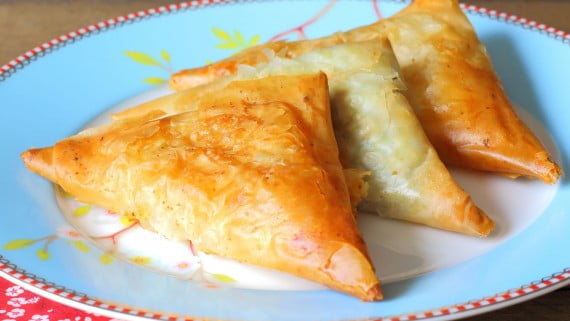 In the same way, we can find it in all bakeries in the country. There are recipes in which nutmeg and honey are included as optional ingredients to enhance the flavor of the filling.

Taramosalata is a thick cream or paste that is usually used to dip pita bread or spread on a slice of bread. For its preparation, you can not miss olive oil, as well as breadcrumbs and various spices. 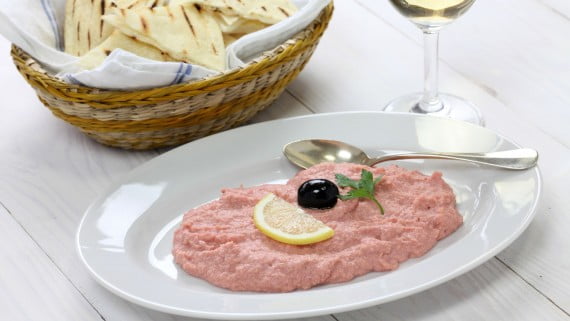 The main ingredient, however, are carp roe raw salted, although there are variants in which it is made with cod roe. This cream is also very popular in Turkey, where it is called Taramasalata.

This article has been shared 318 times. We have spent many hours collecting this information. If you liked it, share it, please:

Share 318
We use our own and third-party cookies that offer us statistical data and your browsing habits; with this we improve our content, we can even show advertising related to your preferences. If you want to disable these cookies, press the Configure button. To keep all these cookies active, press the Accept button. More information in the Cookies Policy of our website.
Setting
Accept and Continue
Manage consents