The best Spanish destinations for Christmas and New Year's Eve 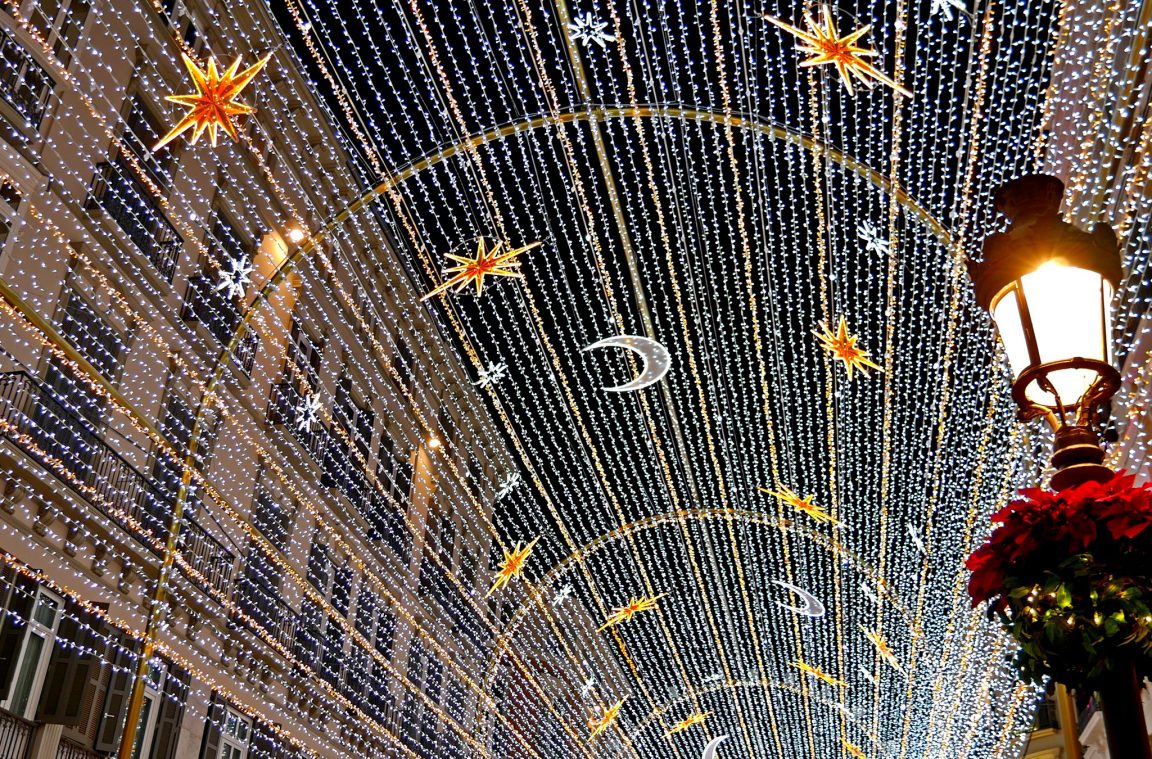 If you are going to spend your vacation Christmas in Spain and you don't know where to go, there are a good number of charming corners and towns. In this article, we talk about the most beautiful cities to organize a multi-day getaway. In addition, we inform you of what to visit in each of them.

The best Spanish destinations for Christmas and New Year's Eve

In this Aragonese city there are children's fair attractions throughout the month. In addition, there are plays, exhibitions and Christmas markets, as well as concerts by important artists.

It is a perfect destination for those who want to spend Christmas in the snow, since in this province we find a total of five ski resorts, whose names are the following: 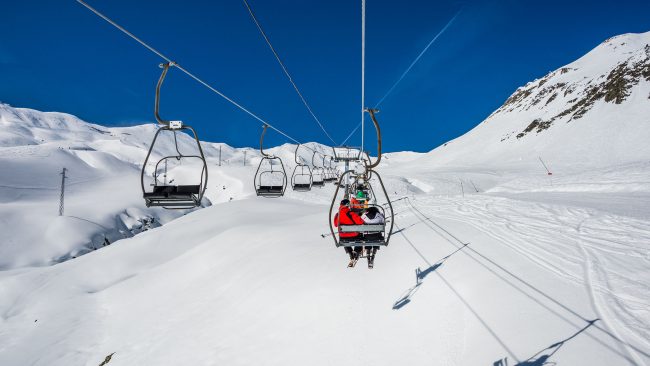 Formigal, in Huesca, an option to ski at Christmas

Andalusia has several perfect Christmas spots, such as Granada. If you decide on this city, you cannot stop trying the sweets sold by the Granada convents on these dates.

The most prominent Christmas market is the one located in Bib-Rambla. Throughout the entire city, there are flamenco shows, carol concerts and a nativity scene contest.

It is essential to take advantage of this visit to go to the Alhambra. On the other hand, here you can also spend a "white Christmas", as Sierra Nevada is located next to Granada, where you can ski. 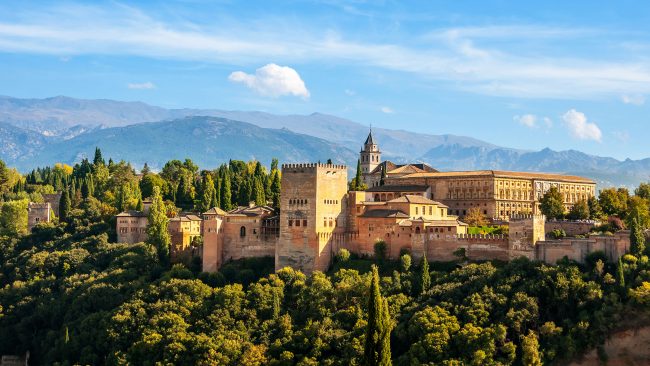 Visit the Alhambra in Granada during Christmas

The Spanish capital is not far behind. The market of the Plaza Mayor, as well as the Handicraft Fair in the Plaza de España. If you want to buy Christmas Lottery, the most famous establishment is «Doña Manolita».

In the following image, we can see how the Plaza Mayor is decorated on these dates, as well as the market that we can find in it: 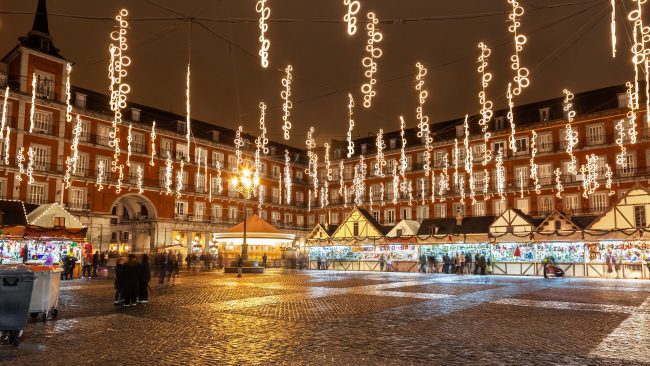 The Plaza Mayor in Madrid at Christmas

Recently, the city offers a bus called "Naviluz", which runs through the main illuminated streets. They are an important attraction, both for tourists and residents.

In addition, the most typical place in Spain to celebrate New Year's Eve is Puerta del Sol. From this point, the twelve chimes and welcome the new year. That night, the square is always full.

The center of Christmas in Barcelona is in the Catalunya Square. Various activities are held here for all ages. In addition, its fountains star in light and sound shows.

In the Christmas markets you can buy the typical Catalan figure of the Nativity Scene: the caganer. If you want to know the rest of the country's traditions, you can visit this article: What customs are typical when celebrating Christmas in Spain? 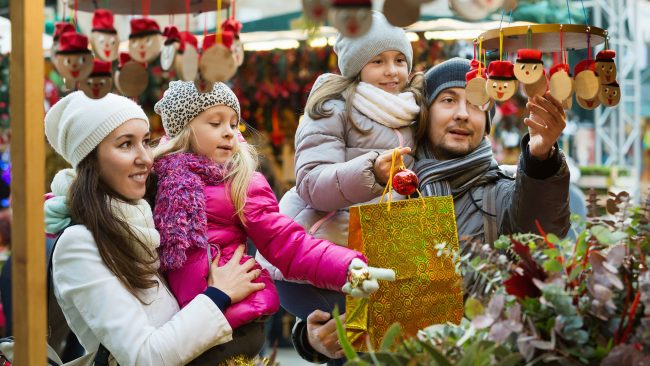 The place where the people of Barcelona are going to celebrate New Year's Eve is Avenida María Cristina, where fireworks are set off and the Magic Fountain performs water games.

In this town of Asturias we can find an ice rink with quite affordable prices. In addition, they have an exclusive area so that the little ones can skate.

During the holidays, there are various activities that are free for children, like some movie sessions. On the other hand, the Three Wise Men not only pass through the city, but also throughout the province.

In Valencia the San Silvestre Race is held at the end of the year, in which the participants go disguised. If you prefer to skate, in the Town Hall Square a large ice rink is installed.

Plaza del Ayuntamiento: the center of Christmas in Valencia

The circus and the fairgrounds are not missing either year. Furthermore, in Expojove activities and workshops are organized for children. This event takes place in the building called Feria Valencia.

Nativity scenes are also typical on this site, so you can see some that are authentic works of art, as well as others that have been made life-size.

Another corner of southern Spain perfect for spending Christmas is Córdoba, one of the most beautiful cities at this time. During these dates, there are some patios which are open every day, except for December 24 and 25. They are located in the following streets: 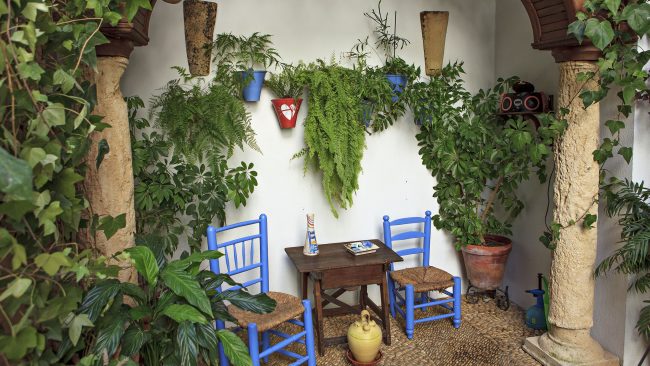 In case you don't know them, patios are a part of Cordoba's houses that has no roof, usually has a fountain and is decorated with plants and pots. Thousands of years ago, the Romans already built them in their homes.

In this Galician corner they also organize activities for children, which are carried out in the Mar de Vigo Auditorium. It is in this city where you will find the tallest Christmas tree in Galicia, which measures 28 meters.

An amazing event called «Papanoella«. Thousands of bikers dressed as Santa Claus gather and ride the main streets of this place.

In Mérida, capital of Extremadura, the Christmas festivities coincide with the events organized in honor of the Martyr Santa Eulalia. Therefore, around December 10, various masses and processions are celebrated.

Throughout the month of December and the first days of January, different events are held, such as music and theater concerts. For the New Year's Eve chimes, people gather in the Plaza de España.

Likewise, in Mérida a different activity is carried out: the route through the Vía de la Plata, in which the activity of the Transhumance is recreated, as it is a territory of cattle tradition. 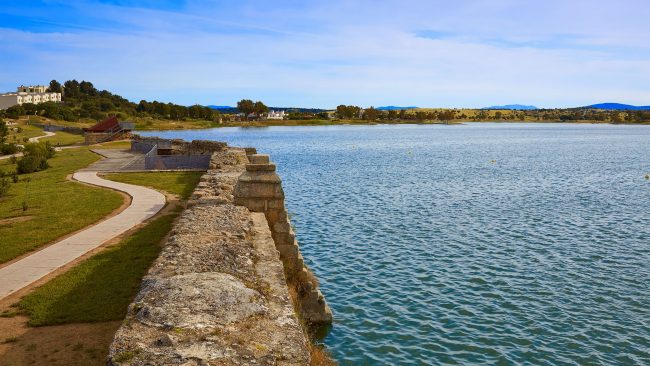 Do not forget that Mérida was an important enclave during the Roman Empire. For this reason, it has numerous archaeological treasures, such as the Aqueduct of Miracles or the Roman Theater.

San Sebastián is a perfect destination to live a different Christmas with children, since December 24 arrives olentzero, the Basque Santa Claus. He comes down the mountain and is accompanied by Mari Domingo. 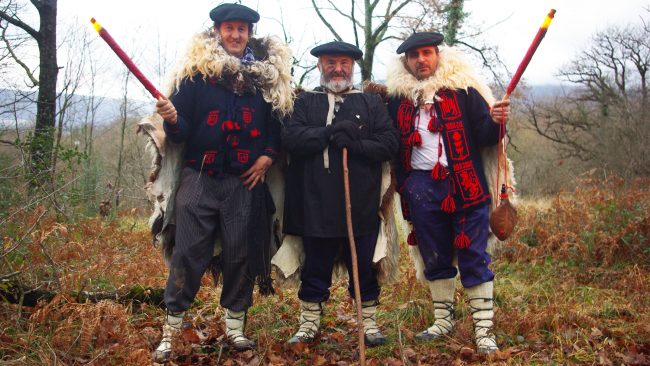 Olentzero, the Basque Santa Claus, with his two pages - by Paco Pérez

Every year in Plaza Gipuzkoa a large Nativity Scene with more than 150 figures of one meter in height is mounted. Therefore, it is a Nativity of great dimensions.

In the days leading up to Christmas, they take place in Sevilla various celebrations, among which are the day of Santa Lucia (December 13) and Our Lady of Hope (December 18). 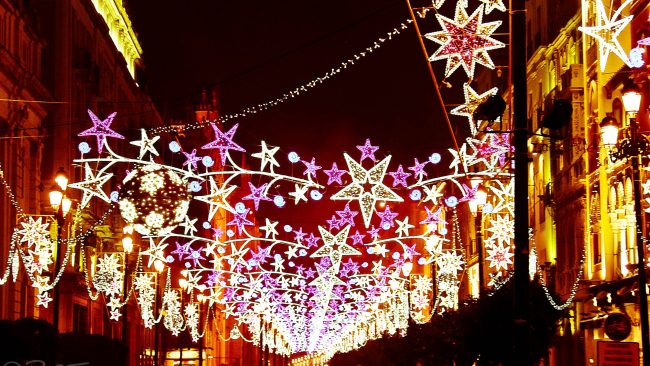 Christmas decoration in the streets of Seville - by ॐ Gapito ॐ

During this month, the Gastronomic and Crafts Fair also takes place. In addition, competitions are organized Christmas carols, in which the groups of campanilleros compete. How could it be otherwise, Christmas decorations abound in its streets.

Christmas in Salamanca begins with its traditional lighting of lights, which are usually LEDs. This city is characterized by its cultural heritage, so its Christmas landscape is unique.

Being a place with an important university attended by students from all over the world, before Christmas Eve the University New Years Eve, on a day when the streets of Salamanca are filled with young people.

In the following photo you can see the architectural value of its historic center, where some hotels of great beauty are located: 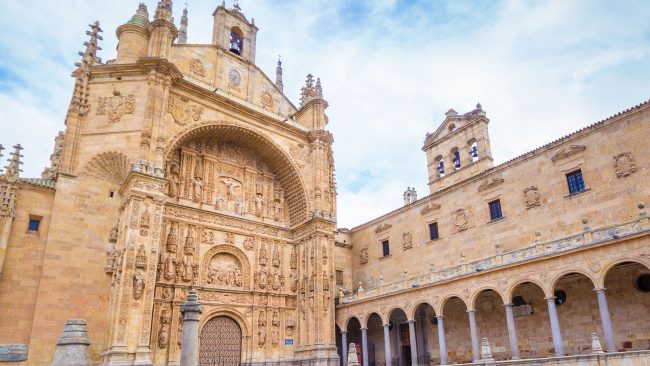 The historic center of Salamanca and Christmas

If you are going to spend many days in Spain, there are more beautiful cities and towns to visit during this time, such as León, Guadalajara and Santander. You can always organize a circuit throughout the country.

This article has been shared 24 times. We have spent many hours collecting this information. If you liked it, share it, please:

Share 24
We use our own and third-party cookies that offer us statistical data and your browsing habits; with this we improve our content, we can even show advertising related to your preferences. If you want to disable these cookies, press the Configure button. To keep all these cookies active, press the Accept button. More information in the Cookies Policy of our website.
Setting
Accept and Continue
Manage consents